Due to Construction Delays, Felipe’s Temporarily Moves to Flat Patties 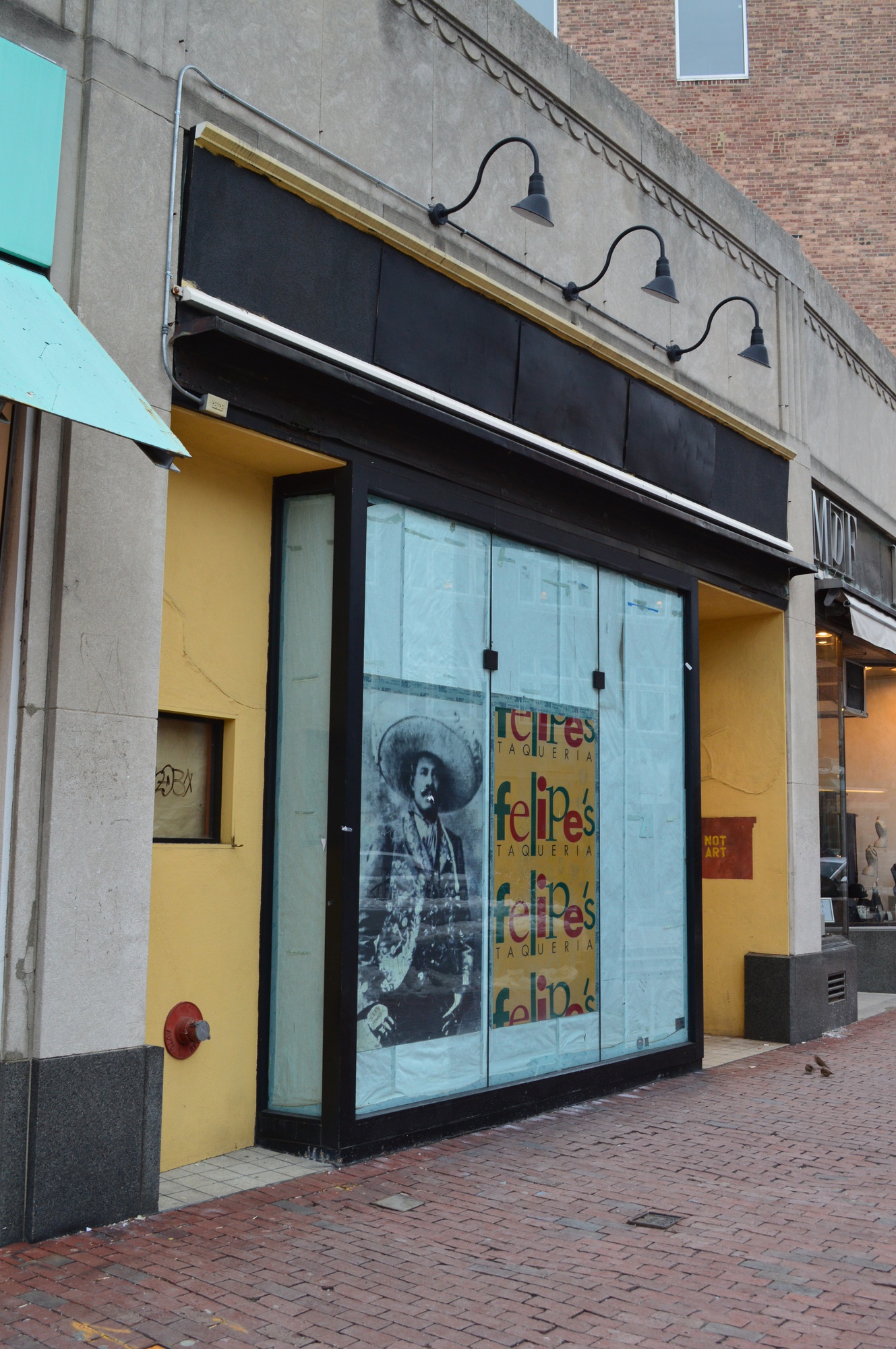 Felipe’s will be moving from their past location in The Garage to the site formerly occupied by Bertucci’s at 21 Brattle Street, and is set to re-open at the new location in May.
By Ivan B. K. Levingston and Celeste M. Mendoza, Crimson Staff Writers

Amid delays in construction of the new location of Felipe’s, a popular late night Mexican restaurant, students and Cambridge residents can satisfy their burrito cravings at Flat Patties, where Felipe’s will operate until the grand opening of its new home at 21 Brattle St.

Felipe’s had originally planned on moving into its new home in April, but Tom Brush, an owner of both Felipe’s and Flat Patties, a burger and fries joint at 33 Brattle St., said that unexpected delays will push the opening toward the middle or end of May. Felipe’s began serving at Flat Patties last week.

“There have been a number of little issues involving zoning, the roof deck, and liquor licenses,” Brush said. “I had not anticipated this amount of time but it’s just part of the process.”

However, even with a delayed opening, the restaurant may still lack the liquor license that Brush is seeking.

“We have a [liquor] licensing hearing on the 22nd of April, but Felipe’s has always been about the food and we are not concerned. While we would love to open with a beer and wine license, it’s unlikely that we will,” Brush said. “I would say a liquor license will probably be a good six months down the road.”

Until the opening, Felipe’s will continue to operate out of Flat Patties. Brush said the continuity of the business, both for customers and employees, is a priority during this time.

“We’ve had lots of people in and we do a lot of catering as well, so it’s helpful to keep it going,” Brush said. “Employee retention and customer retention, it’s really important for us to keep a presence and not just shut down.”

Although Flat Patties is half the square footage of the former location of Felipe’s, Brush said there is a full commercial kitchen in the basement that allows for a separate Felipe’s cooking line including ovens, griddles, and fryers.

“When you include the square footage of the basement, it is comparable in size to the old Felipe’s,” Brush said. “It’s a very congested situation but it’s working, and the staff has been very understanding and cooperative.”

Students who frequent the taqueria said that they are happy that they can still get their late-night Felipe’s fix even though the restaurant is transitioning locations.

Others note the confined quarters of the current situation but said they are still grateful for a chance to order their favorite burritos.

“I mean it’s nice that they’re still in business while they’re moving stores,” Christopher J. Holthouse ’15, a self-proclaimed Felipe’s enthusiast, said. “It’s a little cramped in there, but as an interim solution it’s really great that they’re still open.”