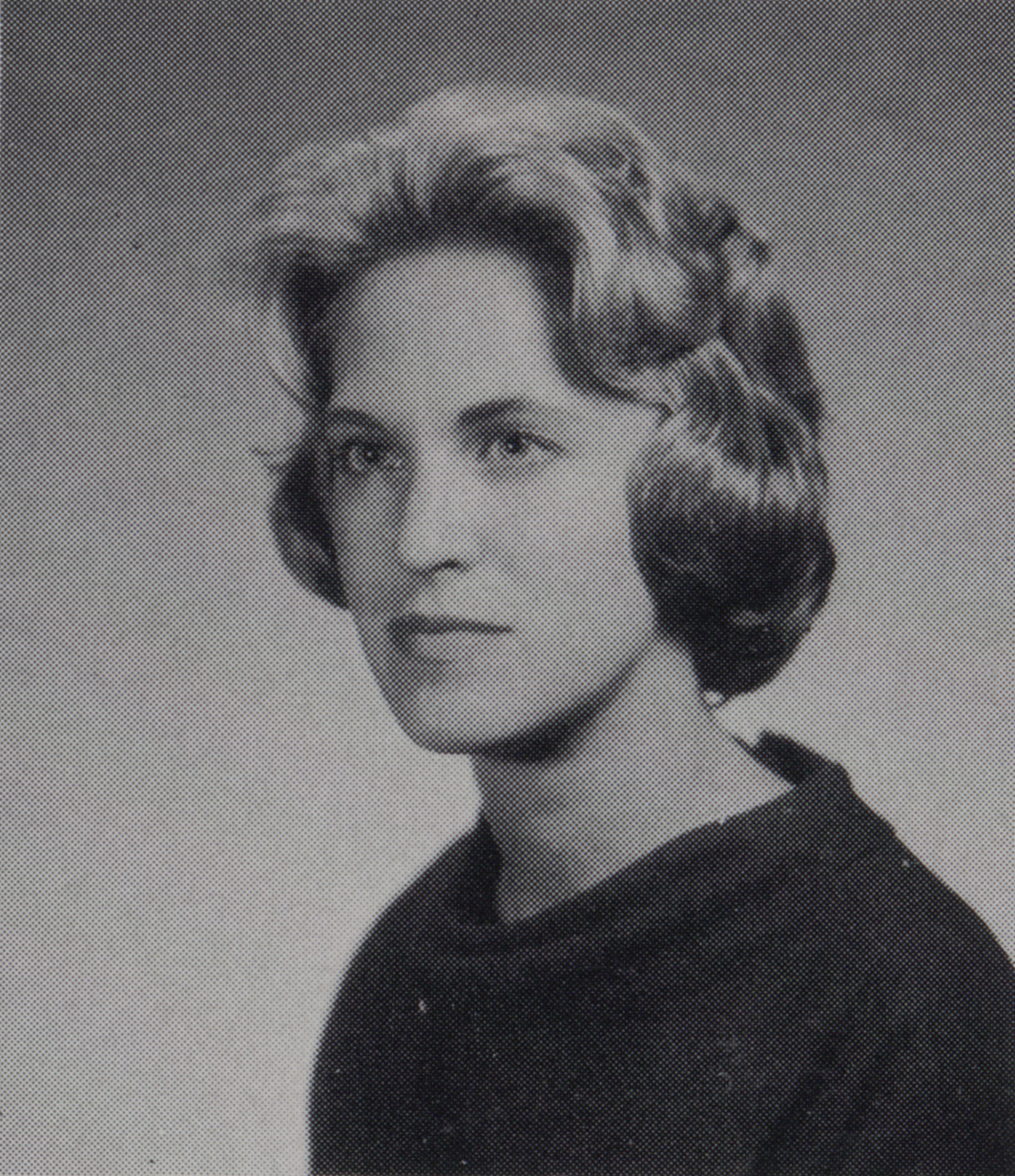 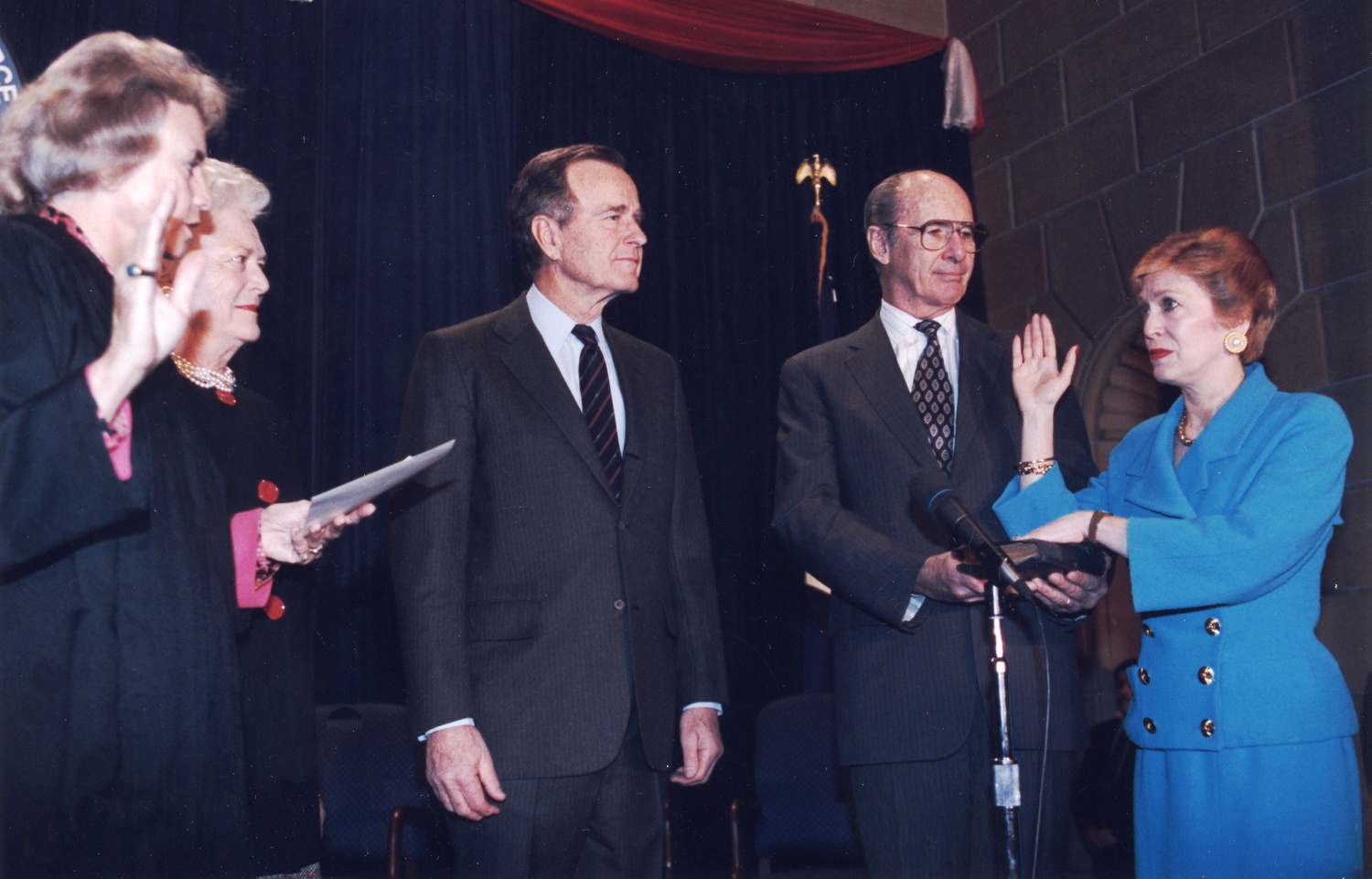 By Courtesy of Barbara Franklin

Until the Dean of Women at Penn State University nominated her to go to Harvard Business School her senior year of college, Barbara Hackman Franklin, a member of the Business School class of 1964, had not seriously considered going into business.

“I did not really know what HBS was but at least I had heard of Harvard and that seemed to be a good place to be,” Franklin said.

But after first entering the business world, Franklin never left. She went on to pursue a career in both the private and public sector, becoming a leader in both.

Franklin broke several glass ceilings for women while she served on the board of multiple corporations, worked with President Nixon to increase job opportunities for women, and held the position of Secretary of Commerce under President George H. W. Bush.

When HBS faculty voted to allow women into the school’s two-year MBA program in December of 1962, Franklin was one of the first women to take classes on the Business School’s campus, and one of only 12 women among 680 men in her graduating class.

Her male classmates, Franklin said, had mixed reactions about the new coeducational classes. She noted that while some felt that she was taking away a space from a man, others—such as men with working mothers—had a positive reaction to her presence.

By Courtesy of Barbara Franklin
Advertisement

Ed A. Hajim, Franklin’s classmate in the Business School Class of 1964, recalled that Franklin handled studying in a male-dominated environment well. “Among the women [at HBS], she was at least one of the strongest of the group,” he said.

Franklin faced a similar gender imbalance when she entered the workplace, coming up against the attitude that women should not pursue careers.

She recounted one instance of overt gender discrimination. “I knew I was being paid less than another guy who was an MBA, who was sitting right beside me,” Franklin said. “I raised that with my boss, and said that I didn’t understand why I was paid less. I actually was there longer than he had [been]. And I was told ‘you’re doing fine for a girl, and you have a husband who works.’”

However, Franklin also pointed out the amount of change for women she has seen during her career, a change that she helped bring about through her work advocating for more economic opportunity and equality for women.

“Long Story Short, We Did It”

One of Franklin’s first efforts began a few years after graduating. She was approached by a former HBS classmate to work on an initiative by former President Nixon to recruit more women for staff positions. She worked with the president to double the number of women, using an approach she called “management by objectives, Harvard Business School style,” in which she monitored the progress of female employees and reported to President Nixon on their progress.

Franklin also travelled around the country in order to find qualified women to fill these positions, a project she said was often very difficult. One such difficulty, she recalled, was an attempt to work with executive recruiters, but none of them had any women on file.

“There were not that many women in the workforce who were visible,” she said. “And it took some doing to find them, but I did find them. They generally were under-titled, and under-paid given the responsibilities they had.”

She described her success in few words. “Long story short, we did it,” Franklin said. “We passed that milestone before the year was up. We tripled the number of women in the first year.”

Hajim said that these results were typical for Franklin, who displayed a “quiet competence” in her work. “In anything she has undertaken, public or private, whatever she’s involved in, it improves,” he said.

Franklin was featured in the book “A Matter of Simple Justice: The Untold Story of Barbara Hackman Franklin and a Few Good Women” for her work in promoting White House jobs for women.

According to Franklin, President Nixon’s initiative created a ripple effect for other working women, and brought the idea of women’s liberation into more mainstream politics, citing legislation such as Title IX.

In the 1980s, Franklin began to serve on various corporate boards, on which she was often the only woman. According to Reatha Clark King, who serves with Franklin on the National Association of Corporate Directors, Franklin was able to excel in her work.

“When you’re the only woman on the board, the challenge is to get your voice heard,” King said. “[Franklin] was very courageous in being able to do that.”

Franklin said that her experience in public service has allowed her to thrive in the boardroom and provide a unique perspective. Similarly, she reflected that her work in the private sector helped her to be successful as Secretary of Commerce.

Since she began participating on corporate boards, King said, one of Franklin’s main priorities has been to increase their diversity.

According to classmates and co-workers, Franklin has pursued advocacy for gender equality throughout her life.

As an alumna, she has taken similar initiatives to further promote opportunities for women at the Business School. She recalled a time she sat down with former Business School Dean Kim B. Clark ’74 to discuss how to increase the number of female students.

“I didn’t even know him,” she said. “I got an appointment with him and laid out my little plan.”

More informally, Franklin has helped other women advance their careers, such as by helping them get positions on corporate boards. “I do that out of my back pocket,” she said. “I really believe that women who have achieved a certain level and have the ability to help other women climb the ladder really should do it. I think we have a responsibility to help each other.”

Franklin has also worked to advance the interests of women through more long-term attitudinal shifts in the culture of an organization. She said, “You don’t make culture changes in one fell swoop in an afternoon. It takes persistence and desire to do it.”

According to Hajim, Franklin’s persistence has been one of the defining characteristics of her career. “She’s carried this crusade for women all through her life,” he said.

—Staff writer Caroline T. Zhang can be reached at caroline.zhang@thecrimson.com.