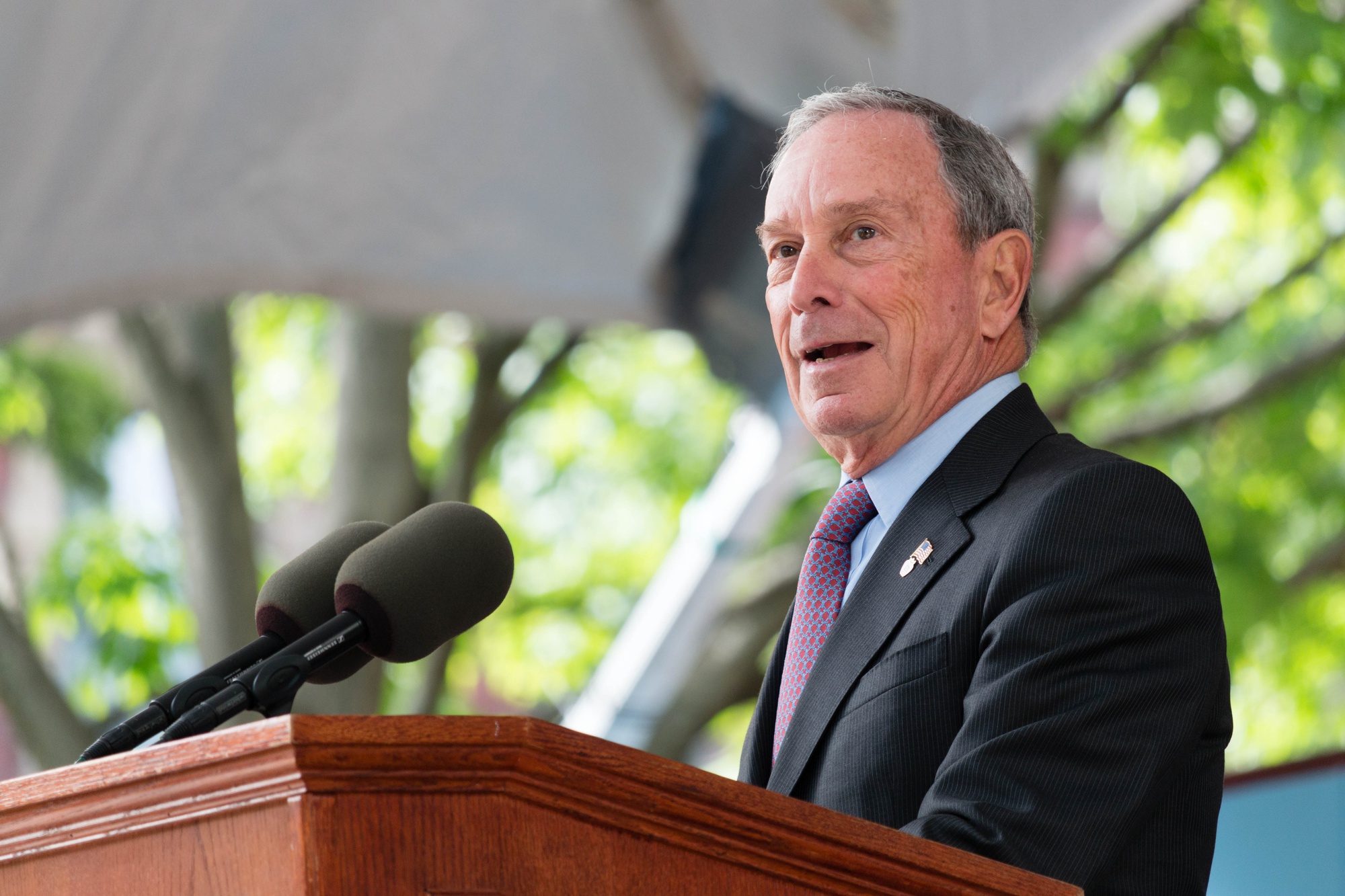 Former New York City mayor Michael R. Bloomberg speaks out against the 'censorship' of ideas in universities, specifically those in the Ivy League.
By Matthew Q. Clarida, Crimson Staff Writer

Former New York City mayor Michael R. Bloomberg, a graduate of Harvard Business School and a pioneer in financial information technology, used his platform at Thursday’s Commencement Day Afternoon Exercises to deliver a stinging critique of what he identified as a culture of intellectual repression in American higher education and governance. 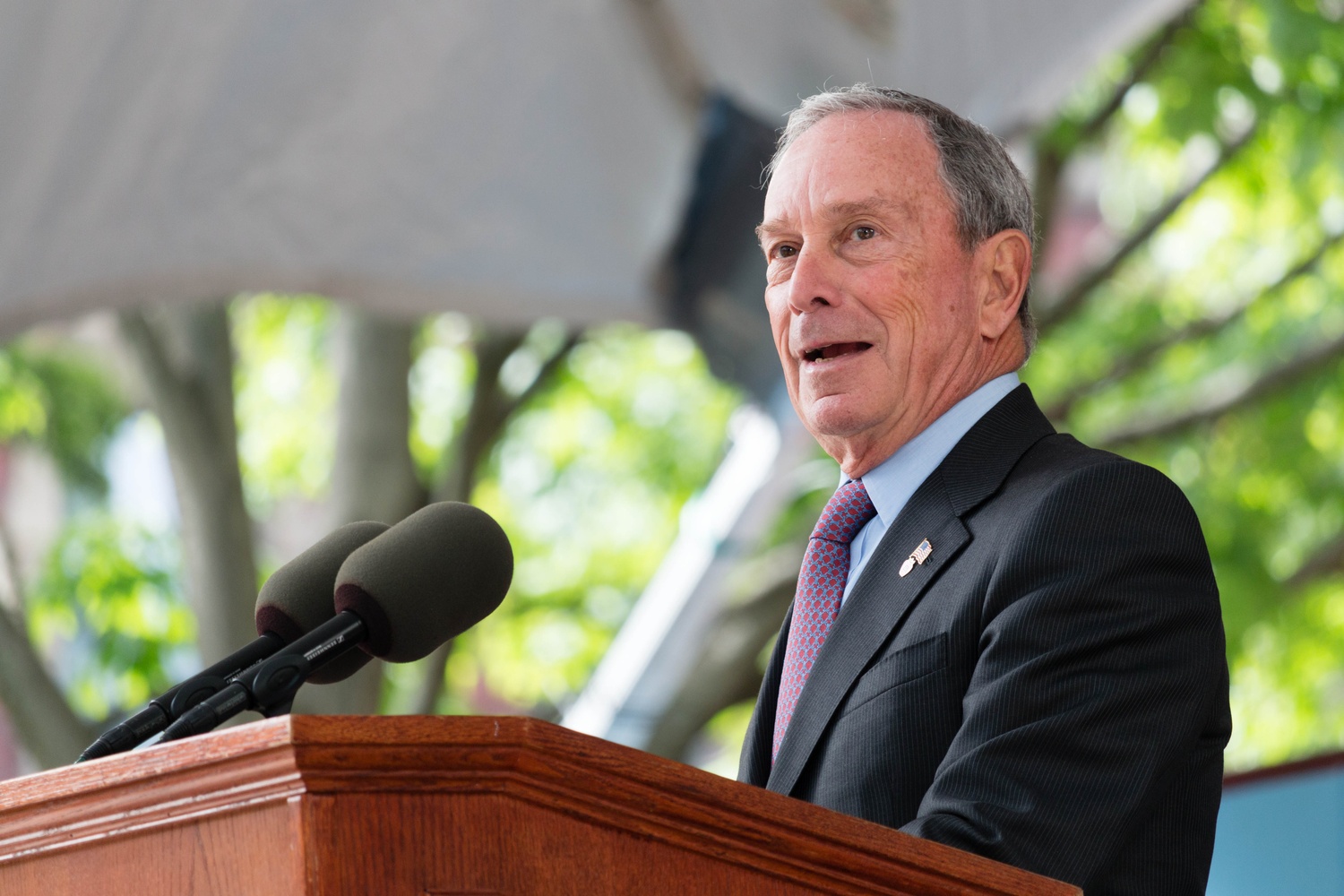 Former New York City mayor Michael R. Bloomberg speaks out against the 'censorship' of ideas in universities, specifically those in the Ivy League. By George J Lok

Defending what he called fundamental American democratic values, Bloomberg focused on two related trends: the recent revocations of speaking invitations at American universities motivated by student and faculty protests; and what he characterized as a growing liberal majority in American higher education that is squeezing conservative viewpoints.

After opening with a few comedic minutes to loosen the crowd, Bloomberg entered the crux of his speech, telling the story of his battle to protect the proposed mosque near the World Trade Center and connecting what he called oppressive influences to current trends in higher education.

“Repressing free expression is a natural human weakness, and it is up to us to fight it at every turn,” he said. “Intolerance of ideas–whether liberal or conservative–is antithetical to individual rights and free societies, and it is no less antithetical to great universities and first-rate scholarship.”

“There is an idea floating around college campuses–including here at Harvard–that scholars should be funded only if their work conforms to a particular view of justice,” he said. “There’s a word for that idea: censorship. And it is just a modern-day form of McCarthyism.”

He later added: “Great universities must not become predictably partisan. And a liberal arts education must not be an education in the art of liberalism.”

As he concluded, Bloomberg discussed recent high profile revocations of commencement speaker invitations for apparently political reasons, but commended Harvard for not bending to such pressure, particularly in the case of Graduate School of Education commencement speaker Colorado State Senator Michael Johnston, whose views on education led a group of current students, one faculty member, and alumni to write a letter in protest.

“I’m glad to say, however, that Harvard has not caved in to these commencement censorship campaigns,” Bloomberg said. “If it had, Colorado State Senator Michael Johnston would not have had the chance to address the Education School yesterday. But to their great credit, [University] President [Drew G.] Faust and Dean [James] Ryan stood firm.” 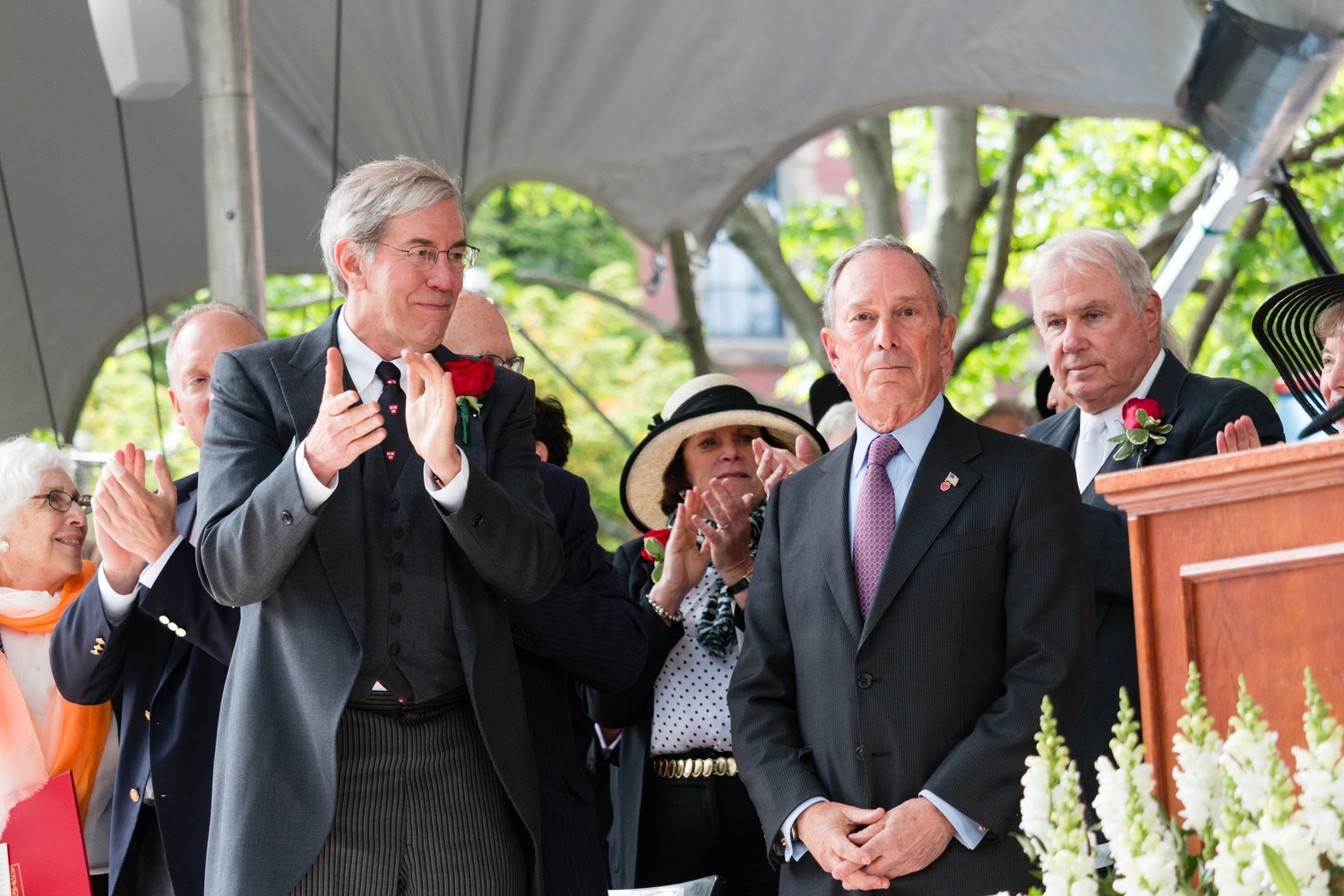 From the university, Bloomberg finally shifted his attention to Washington, warning that threats to free expression and diverse discourse on campus only exacerbate division in the capital where liberals and conservatives reinforce their own agendas without engaging the viewpoints of the other side. To the Class of 2014, he advised that to move beyond this partisanship will require them to “follow the evidence where it leads and listen to people where they are,” such that their decisions and opinions are informed by a whole range of facts and perspectives.

Still, Bloomberg said, “There is no easy time to say hard things. Graduates, throughout your lives, do not be afraid of saying what you believe is right, no matter how unpopular it may be, especially when it comes to defending the rights of others.”

Bloomberg’s was the final address in a long day of speeches and ceremony which began shortly after dawn, while long lines stretched around the walls of Harvard Yard. The afternoon exercises also serve as the annual meeting of the Harvard Alumni Association. The session was chaired by outgoing HAA President Catherine A. Gellert ’93—who announced her successor, Cynthia A. Torres ’80—and featured President Faust’s annual report to alumni.

In the speech, which last year took the form of a harsh critique of federal sequestration and its effect on research funding, Faust outlined a broad vision for the future of the University without making any specific policy proposals or comments. 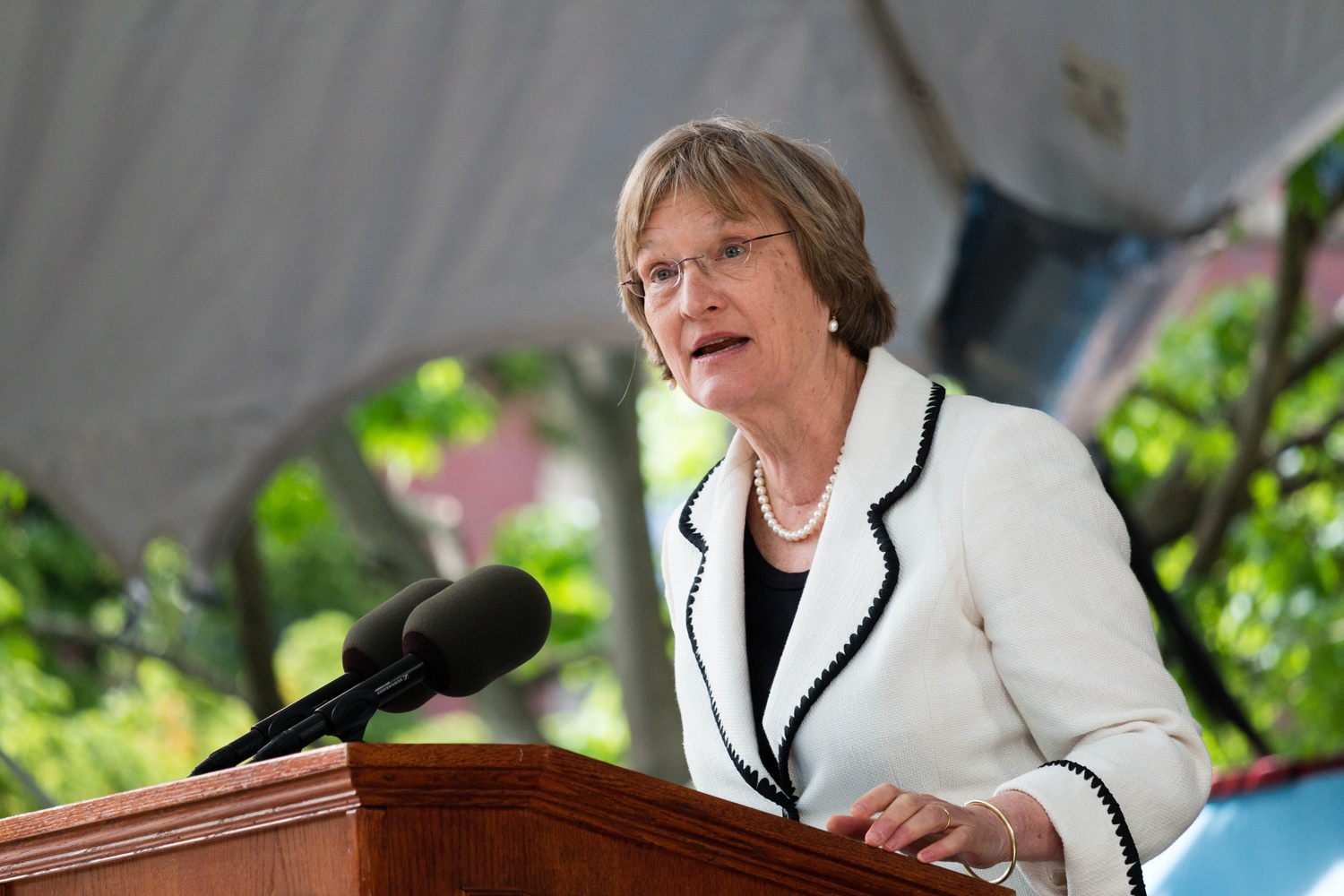