Q & A with Neil L. Rudenstine 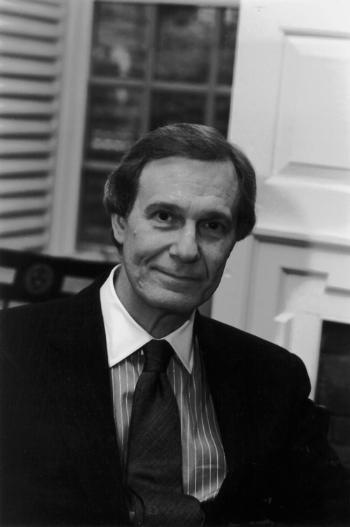 Harvard’s current large-scale fundraising drive is not nearly the first such venture in the University’s 377-year history. During his tenure as Harvard president from 1991 to 2001, English professor Neil L. Rudenstine led Harvard’s last capital campaign, and the first that stretched across nearly all of the University’s disparate schools.

As The Harvard Campaign progresses through its public phase’s first year, Rudenstine spoke with The Crimson about the experiences and lessons learned during Harvard’s last drive, both from the perspective of a fundraising president and of an institution trying to prepare itself financially for a new millenium. The interview has been edited for clarity and concision.

The Harvard Crimson: I know that you led a really large capital campaign when you were here as president, and I’m curious as to how much of your time you devoted to the campaign and to talking with donors and traveling.

Neil L. Rudenstine: Well, I think one would have to say that it’s irregular: that is, there are times when it’s very intense and one might be giving as much as two-thirds of one’s time to the campaign at crucial moments. At other times, much less intense, and so it might shrink down to a quarter time or something like that. And I had...my own rule that it should never go beyond 30 or 40 percent of my time, no matter how important it was, as an average. There were just too many other academic and other things to attend to that had obvious, very high priority. And while the campaign was an immense priority as well, one just had to ration what one did.

NLR: It wasn’t so rational a decision in the sense that one could sort of sit back and say, ‘Well this week I’ll do this, and then two weeks later, I’ll do that.’ Doing a campaign involved an enormous amount of logistical and other kinds of work. And it depends as much upon other people and their timing as it does upon one’s own. So, you simply have to be careful not to get too much on the docket so to speak in advance…. For example, we went to the far east and visited Hong Kong and mainland China, [Korea], and Japan and Taiwan. And that probably took the better part of a year to plan, and once one got everything lined up, one was simply committed to it. And so, as I said, its a two-way street in the sense that you try to do as much as you can to shape it, but at the same time it depends an enormous amount on the schedules...of other people.

THC: Speaking to traveling internationally, as well as I’m sure domestically, when you were going to a new city or a new country, how did you spend your days on the road? What was it like when you were in a new city and speaking to donors? What did your schedules look like?

NLR: Well, you weren’t only speaking with donors, of course. We tried very hard to make sure that there was a mix of people. Donors, obviously, are the largest part of it. But when we went to Japan, for example, we met with the prime minister and some members from the government. Then, the next day we had an audience [with] the Emperor and Empress and then the Crown Prince and Crown Princess…. So, the schedule was definitely not simply a donor-driven schedule.

We spent, I guess, a whole afternoon at a place called Katsura, which is the royal imperial families’ beautifully maintained gardens. And we also went to see some neat gardens somewhere else. So, if you don’t sort of try to immerse yourself to some extent in the culture as a whole to meet lots of different kinds of people, then you don’t learn anything much; and they don’t necessarily learn anything much. Part of the mission is to have a chance to discuss important issues or less important issues with all kinds of people. And as I said, one obviously spends a fair amount of time talking to donors as well. But I would say that probably no more than half the time was devoted to donors, and a good deal of time to these other kinds of activities.

THC: Did you similarly spend about half the time, no more than that, talking to donors when you were traveling domestically as well?

NLR: Well, to be honest, there weren't that many non-campaign years. I guess [in] the first three years, we were not in a public campaign, but we were already laying groundwork for the campaign and already talking quietly to donors because in order to make the kind of target we had set out for ourselves, we had to have raised a very substantial of money at the time we announced publicly what the campaign would be. So I arrived in 1991, and it wasn’t really long after that we began actively planning for the campaign because the campaign was going to last five years and the planning took at least two to three years. And I was there for a decade and my last year, of course, was a rather different kind of year. So I wouldn't say that there was a whole lot. One of the things I did do, though, very early on, was to create the position of provost. We had a rather small group of both associate provosts and myself in Massachusetts Hall, plus the five vice presidents. But that huge difference because provost did not evenly split a good number of days either on the road or at home.

THC: Speaking to your role going and traveling and doing these various things on the road, but also talking with alumni and donors, I’m curious as to what you saw as your role as University President as doing on the road? Of course, I’m sure there are others with you and the development office also played a role.  What did you think that you could communicate to people that you met, either abroad, or in other cities, about the University’s priorities or these different issues? What did you bring to the campaign personally by being there?

NLR: Well, I think the most important thing you can do [in] a campaign is to be clear about what the University's most important needs are and their priorities…. In effect, the agenda, the case, [is] truly the driving force, there’s no point in having a campaign unless you have exceptional things that you feel are very important to be able to advance the mission of the University in educational terms. And so, in effect, knowing from the bottom up, so to speak, what it was the institution needed, and why.… And I found on the whole, that my asking people was very, very limited, and I much preferred to talk to people about what the needs were, and what the upside in terms of what one could achieve educationally was. And that was far more important, as well as more enjoyable. And that if people were persuaded, then they were likely to give. That was the premise.

THC: What are your thoughts on having that One Harvard messaging in the way that [President Faust] talks to donors, and I have heard speak to at events. Do you think that that kind of messaging and emphasizing that kind of vision is helpful in trying to really truly have a University-wide campaign with initiatives across schools?

NLR: It’s also the case that from the point of view of motivating people, for whatever reason, they do respond to the idea—they think of themselves as “Harvard.” They don’t think of themselves as just School of Public Health graduates, or art department graduates, or whatever the case may be. They think of themselves that way, too. But the name Harvard is the vision of a single place that they are somehow connected to. And we found that people were motivated much more strongly, much more generously in their giving when they rose to the idea that it was really [the] University as a whole that made sense.…

And so it’s not a phrase as it were, or as you said a message. It’s really a reality that has to be brought into being. If you are working on environmental problems, there is no point working on them if you can't involve people from the Medical school or the School of Public Health, especially, people from law who know about law having to do with the environment, people from the Business School who know something about how businesses are going to to be affected by changes in regulation and so on and so forth. People in arts and sciences, and the certainly biological sciences, as well as other places.... It’s not just a message or an abstract vision, it’s an educational and research reality.

THC: Do you have any more thoughts either on the One Harvard idea, or on anything else you would like to add about your experiences traveling or being on the road on the campaign?

NLR: Well, I think that, I don't question that the experience of traveling on the road was tremendously important. It may seem to some people to take the president or other people away from the University, which in one sense it obviously does for a reasonable amount of time. At the same time, there is simply no way to...learn about what people think is important in the University, educational process of the president and other people. And there’s no way to communicate what the University means, and what it’s doing, and what it can achieve without actually having group sessions, without meeting with individuals, without having large, alumni gatherings where you can give talks and so on.

It is as much an educational process as it is a financial process. And because people are not going to give back [simply] because it’s Harvard. They are going to give because they believe that something that is excellent can be made more excellent. And in order for them to do that, they have to understand what it is, what's the educational mission here, what’s the research here, what are we giving to and why.

So, its very important to stress that part of it. [There are] people who feel that campaigns are just “fundraising” and that fundraising is some kind of a mechanical process where you go and ask people for money and they give it. It’s totally different from that. It’s a human process and an educational process, which obviously involves a financial dimension that is extremely important. But the financial dimension, which simply shrinks in terms of its significance without the other part….

I guess I would add one thing. I've been up to Harvard a few times and I’ve heard a fair amount [about] what is being planned in the campaign and so on. And I think that President Faust and her colleagues are just doing an extraordinarily excellent job. And so I can’t praise them enough. And so I hope the whole University, including the students, will get behind it.