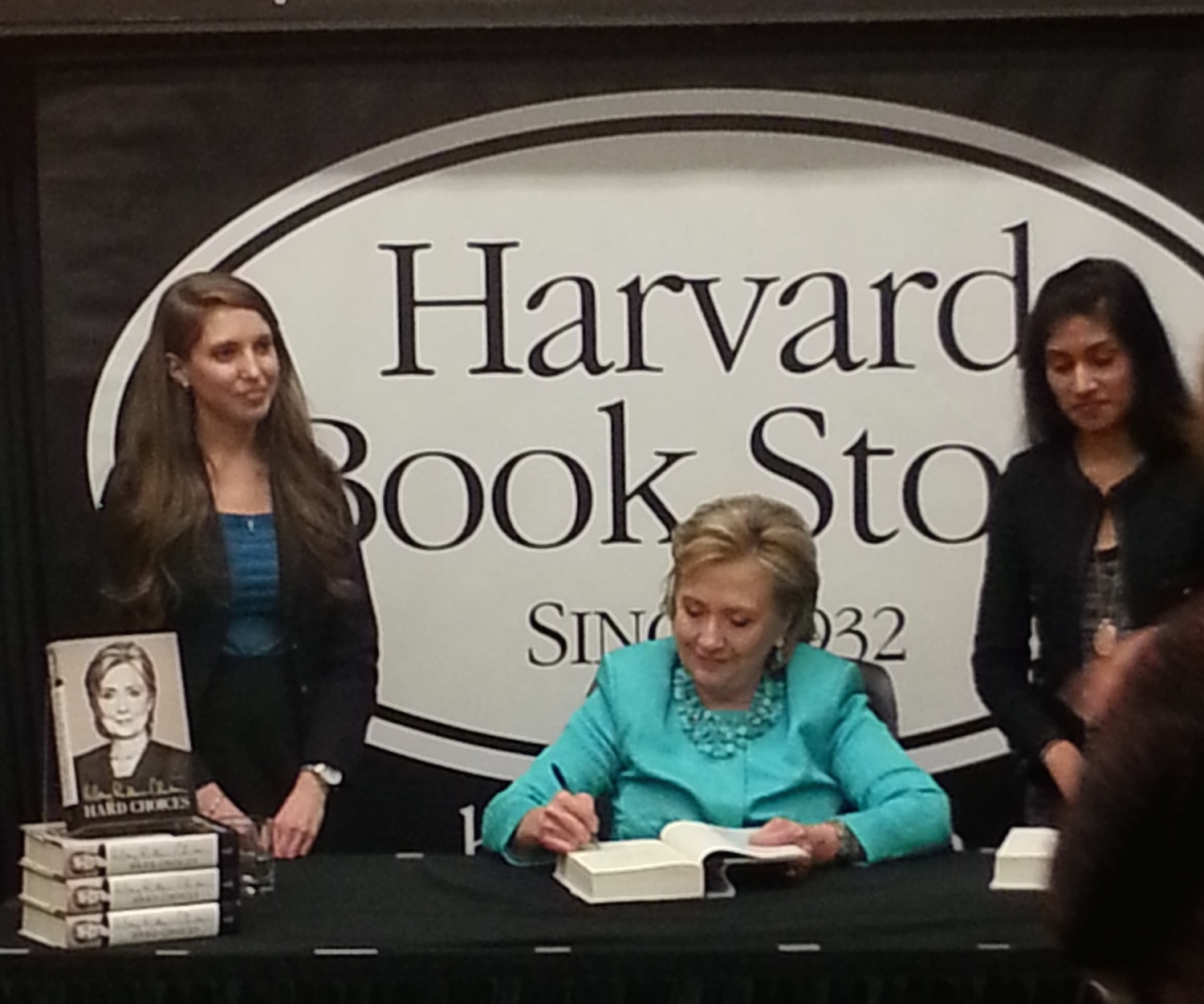 Former U.S. Secretary of State Hillary D. Rodham Clinton attracted hundreds of people to the Harvard Book Store on Monday evening for a signing of her new book, “Hard Choices,” which has captured the attention of the national media since its release last week.

Around 1,000 tickets were sold for the event, according to Marcy Harris, marketing coordinating for the bookstore. The entrance queue stretched the lengths of both Plympton street and Linden street between Bow street and Massachusetts avenue. Many of the politician’s supporters, some of whom lacked tickets to the event, lined Massachusetts Ave., often sporting buttons and carrying signs reading, “I’m Ready for Hillary.”

While Clinton, a former U.S. Senator from New York and First Lady, has yet to declared herself as a candidate in the 2016 presidential election, her 656-page memoir is oft cited as laying the groundwork for a presidential run.  The high-profile politician came in second in the 2008 Democratic presidential primary.

The book discusses her tenure as Secretary of State, including decisions that she made in brokering a cease-fire in Gaza, crafting policy with regard to the Syrian civil war, and shaping her relationship with Russian President Vladimir Putin, among other topics.

Although Clinton did not speak formally at the book signing, which began about 30 minutes late, she did apologize to the crowd for the delay, citing traffic problems on the Mass. Pike and in Toronto, the most recent stop on her elaborate book tour.

Sofie Karasek, a student at the University of California, Berkeley, who attended the book signing, called Clinton, as a prominent female politician, a role model for aspiring women.

“I wanted to really thank her for being so inspirational to me and so many other young women, especially for being a woman in politics,” said Karasek. “It has been really inspiring to me as someone who is interested in politics to see a woman be at the forefront of so many amazing things and to be such a profound leader in public life. So I thanked her for that.”