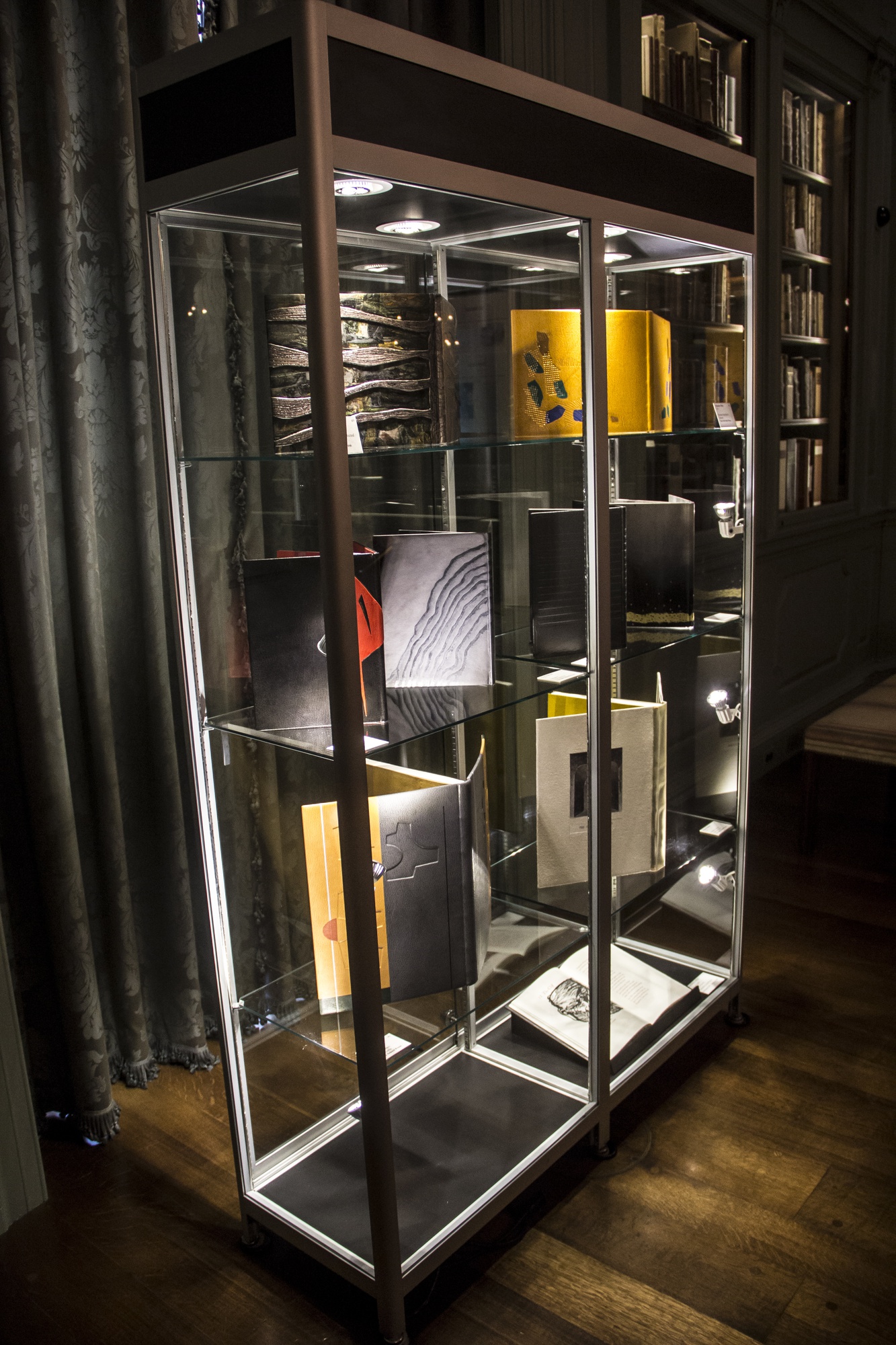 The exhibit, which is making its first U.S. appearance at Houghton, features works created by both American and British binders. It opened in the United Kingdom over the summer and will leave Harvard on Dec. 13, when it goes to Minneapolis, New York, and later San Francisco.

“Not only are they beautiful bindings, but they go around very significant publications,” said Simon D. Eccles, a collector who initially conceived the idea for the exhibit. “These are very serious works of art.” 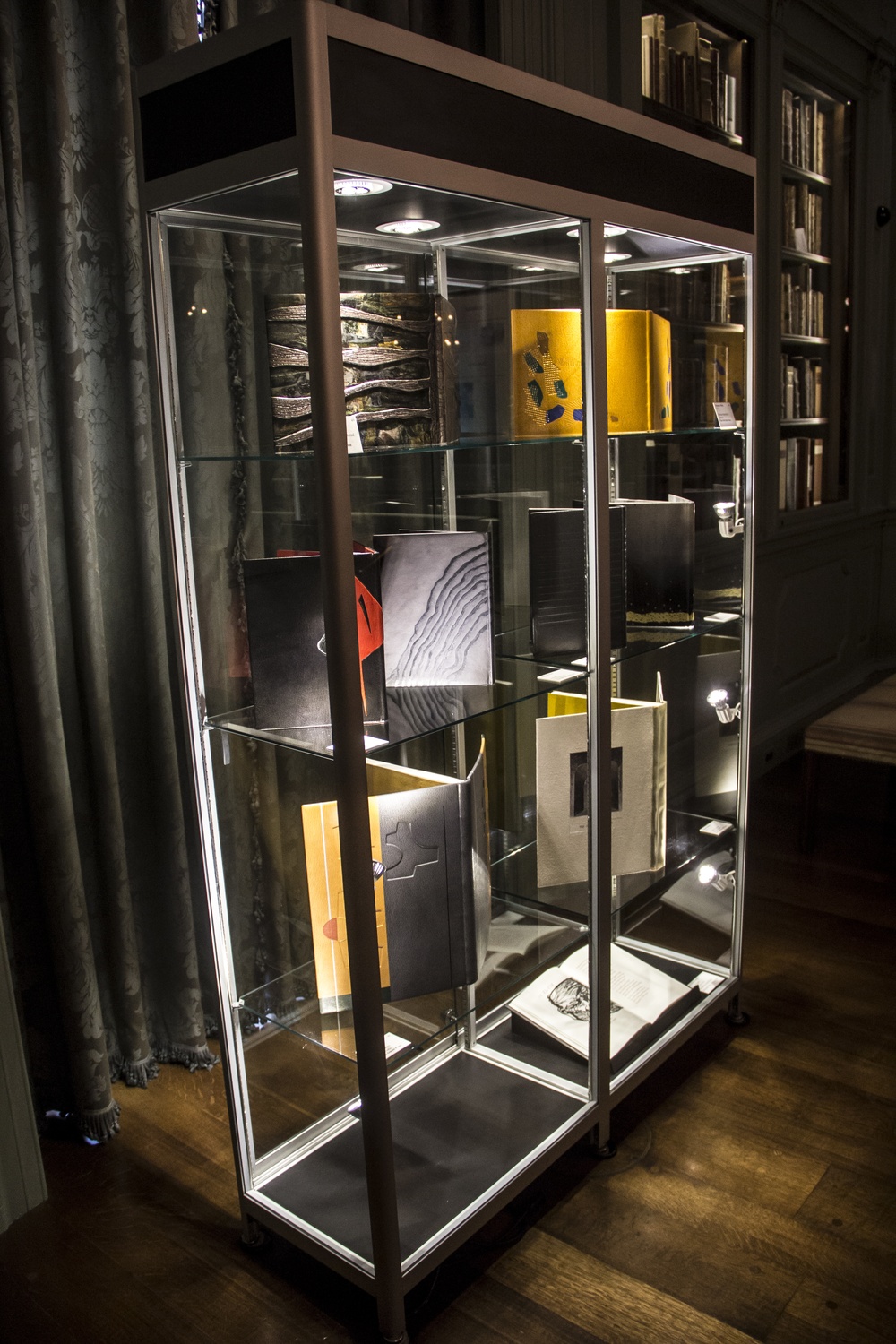 Eccles, whose family donated the Hyde collection to the Houghton, began the process of creating the exhibit when he approached Designer Bookbinders, a British bookbinding society, with the idea more than two years ago.

Fellows from Designer Bookbinders, including Lester P. Capon, helped curate the exhibit. As one of the co-curators, Capon set up the displays of the books in the Edison and Newman Room in the Houghton. Capon’s own binding of “CIRCUS: The Artist as Saltimbanque” is shown in the exhibit alongside the works of other fellows of the society and those of their American colleagues.

Excerpts from the texts on display hang on the walls of the showcase room—a feature unique to this exhibit. According to Eccles, the excerpts help viewers better understand how the binding complements the text. The exhibit also displays multiple bindings of the same text. Different bindings of the Brothers Grimm’s “Fairy Tales” and Thomas Jefferson’s “Paris Walks” show the audience the many ways a binder can approach his or her work.

Amidst the collection of contemporary bindings, Vice president of the Harvard Library Sarah E. Thomas introduced Hyry as the new Florence Fearrington librarian of Houghton Library.

“I’m terribly excited that Tom is here because I think that we have similar ambitions to open up the special collections for use for students whether it’s for students in a class, for faculty, or for HarvardX,” Thomas said.

Hyry comes from the University of California, Los Angeles where he served as the director of special collections. At Harvard, he will continue work in acquisition, curatorship, and outreach at Houghton.

“I’m conscious that I’m standing on the shoulders of important people that came before me,” Hyry said. “The trick is to take the great work that they have done and carry it forward to try some new methods to connect these resources to new generations of scholars and students.”