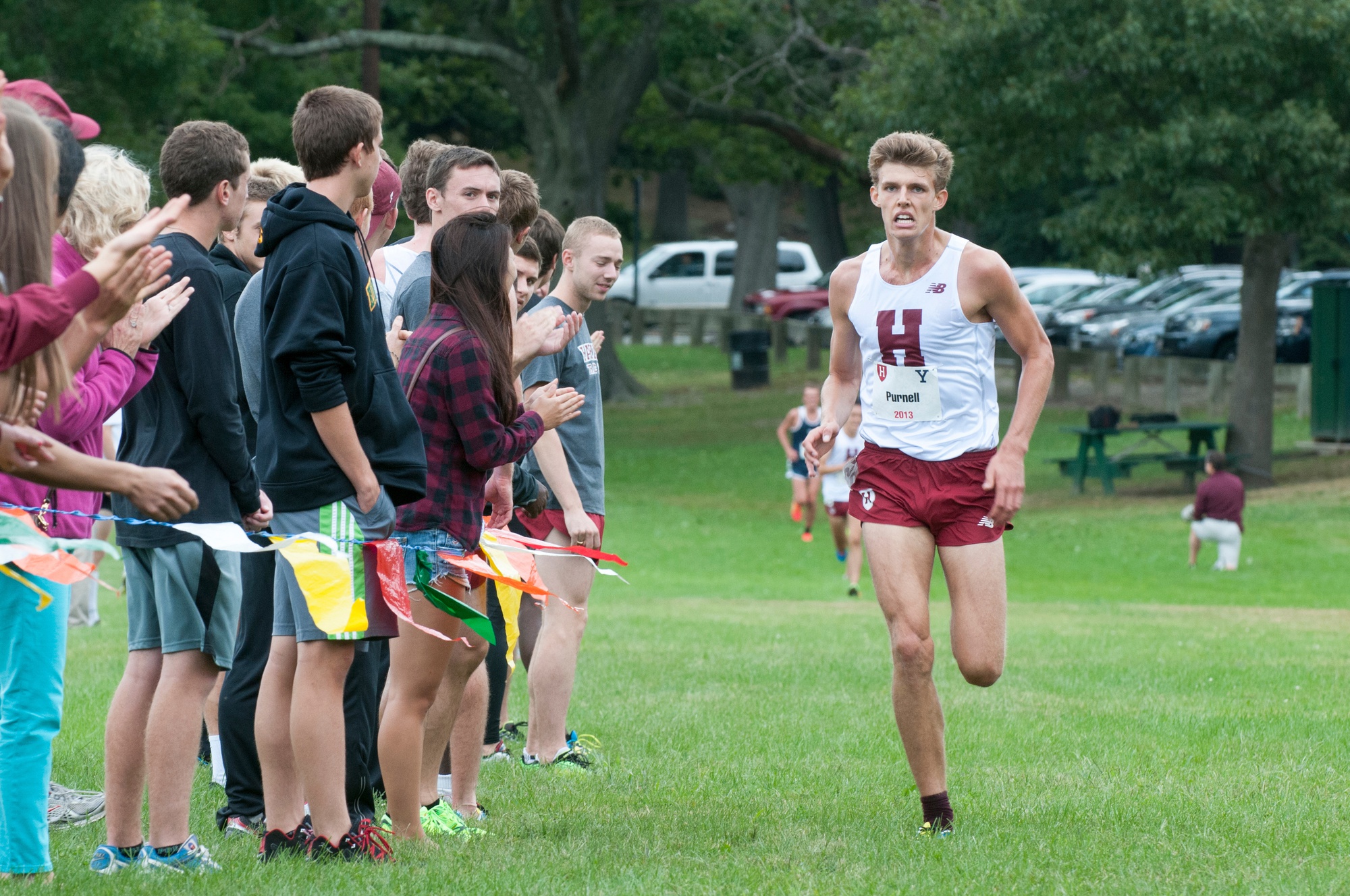 The Harvard men's and women's cross country teams could not keep up with Ancient Eight foes Princeton and Yale this past weekend, coming in third at the H-Y-P meet. By Mark Kelsey
By Julio Fierro, Crimson Staff Writer

Looking to kick off the season with a successful start, the Harvard men’s and women’s cross country teams traveled to New Haven this weekend to compete against Ivy League rivals Yale and Princeton at the H-Y-P meet.

Though the Crimson turned in a solid performance, it ultimately did not come away victorious, with both its men and women finishing in third.

In the men’s 8K, captain Will Geiken led the pack with an eighth-place finish and a time of 24 minutes, 42 seconds, while junior Chris Allen came in just one spot behind with a time of 24:46.3.

Senior Daniel Milechman crossed the line with a time of 25:14.8 for 16th place, while freshman Louis Colson and junior Tom Purnell rounded out Harvard’s top five with times of 25:15.6 and 25:26.1, respectively—good enough for a team score of 68 points.

Princeton won the race with 31 points, while Yale came in second with 32.

“It was not what we were looking for,” Geiken said. “It was not how we wanted to start the season…. We have the talent to do some good things this season, but given that opening, we need to do serious work over the next two months.”

The women were also unable to claim victory in their 5K race, matching the men with 68 points, while Princeton claimed victory with 21 points.

Freshman Courtney Smith finished with a team-best time of 17:59.5, taking eighth place. Senior Molly Renfer came in 12th with a time of 18:08, with freshman Annika Gompers just three-tenths of a second behind in 13th.

Senior Whitney Thornburg and sophomore Caroline Marshall completed the scoring for Harvard, clocking in at times of 18:20.4 for 18th place and 18:28.1 for 19th place, respectively.

Though the team was unable to achieve victory, Harvard coach Jason Saretsky believes that this meet will provide the teams with the incentive to improve.

“It was not the start we were hoping for,” Saretsky said.  “But at the same time, I’m just as confident in both the men’s and women’s teams. I think it was a good wakeup call…. The good thing is that it’s early in the season.”

One highlight for Harvard was the standout performance of the freshmen.

On the men’s side, two of the top seven runners were freshmen as Colson and Ben Huffman finished fourth and sixth, respectively. For the women, Gompers, Smith, and Eliana Shwayder finished first, third, and seventh, respectively.

The strong performances illustrate the potential for these rookies to make contributions to the team right away, helping the Crimson compete in a competitive Ivy League.

“The freshmen’s performances were really what stood out, especially on the men’s side,” Saretsky said. “They handled the distance well and went out [and] did a good job of sticking with the team and had a really positive first result.”

In the coming practices, the Harvard runners will look to continue to build camaraderie with one another, gaining familiarity with each other in order to race well as a squad in upcoming meets.

“We had about three or four workouts as a unit before this race,” Geiken said. “It’ll be nice to have a couple of more weeks of working out as a group.”

—Staff writer Julio Fierro can be reached at jfierro01@college.harvard.edu.