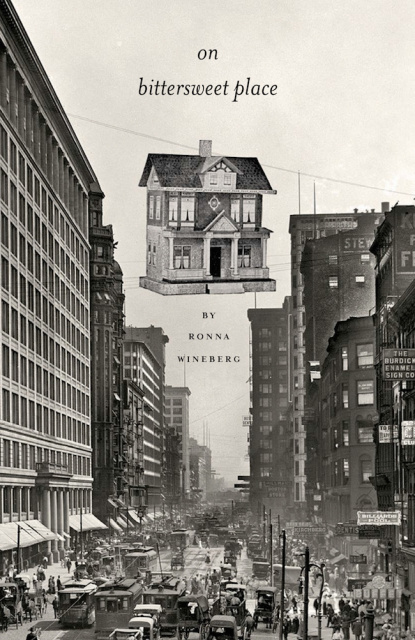 At first, it’s tempting to dismiss “On Bittersweet Place” by Ronna Wineberg as one of the numerous Jewish immigrant novels that have been published in recent years. It is a coming-of-age account of Lena Czernitski, a young Russian Jew whose family fled Ukraine after the October Revolution. After an arduous journey to Poland, Lena and her family finally resettle in Chicago, where misfortune seems to beleaguer them constantly. Although the plot seems standard for an immigrant book, “On Bittersweet Place” largely escapes cliché through the protagonist’s incredibly endearing voice. With Lena’s narrative, the book becomes instantly relatable. “On Bittersweet Place” persuades the reader to stay until the end—and to root for Lena through her ups and downs.

Perhaps the greatest strength of “On Bittersweet Place” is its simple prose, which makes the book easily accessible. Oftentimes, a book is written from a child’s perspective yet is narrated in an embellished, complicated voice. However, this novel maintains a straightforward voice, one that Lena could have had. This prose not only renders the story more compelling but is also appropriate for one of Lena’s bigger struggles: communicating boldly with those around her. At one point her uncle rapes her, and Lena reports having lost her voice. “I had been losing it ever since we left Russia, and now that I’d felt my uncle’s cold hands on my skin I could no longer speak from my heart.” As the reader knows about Lena’s struggle to stand up for herself, the book reads almost like a diary—a child reporting her intimate, unfiltered thoughts. In addition to her thoughts, the book reproduces the mental lists that Lena creates, which further engage the reader. Her lists have titles such as “My Fears” and “What I Want,” with items like “I will fail in school—and no one will help me.” These simple and vulnerable feelings are powerful, and draw the reader more intensely into Lena’s story.

Among her relationships with those around her, the most complicated is Lena’s relationship with her parents. At first, Lena views her mother in a frustrated, almost resentful manner. For Lena, her mother represents everything that was left behind in Ukraine: the constant longing for the past, for something that cannot be restored. Lena is quick to fault her mother, even when her father cheats on her. If Lena is decidedly unfair to her mother, she turns a blind eye to the faults of her father, as he comes to symbolize her life in Chicago. He speaks English and supports her drawing, the medium through which she expresses herself. The time Lena spends with each character is unbalanced: Lena seems constantly to be in conflict with her mother as they both spend time in the house, while the father is barely home. But Wineberg maneuvers the pacing so that as Lena comes to understand her mother and be more critical of her father toward the end of the book, the time she spends with each parent is more balanced. This device is effective, as the reader experiences the evolving relationships temporally as the novel progresses.

However, the story concentrates so much on Lena’s maturation at times that the immigrant conflicts seem to be forced, almost as an obligation. A mean boy at school bullies her, mocking her for her heritage. Her teacher turns out to have been unfair to her due to racism. Her boyfriend Max’s father changes the name of his laundry shop to hide his Jewish heritage. In comparison to her coming-of-age story, her immigrant status seems to matter only marginally. Only the constant Yiddish phrases and sentences, followed by the English translation right afterwards, effectively unite the coming-of-age story with struggles of a young Russian Jewish girl.

But the more disappointing aspect of the novel is its ending. After building up such a beautiful momentum of maturation through which Lena seems finally to have the courage to confront and combat her problems, the book ultimately fails to deliver on this early success. Its conclusion is overly fast-paced, and Lena’s problems seem magically to resolve on their own. The teacher who threatened to fail her in school and her Uncle Maurice disappear from Lena’s life. Max, whose love Lena has always doubted, unambiguously confirms his true feelings. The ending is clichéd and candy-wrapped. Because such a deep, intriguing narrative is sidelined by a conventional ending, “On Bittersweet Place” appears to be just what its title suggests: gratifying, but leaving a longing for something slightly more.