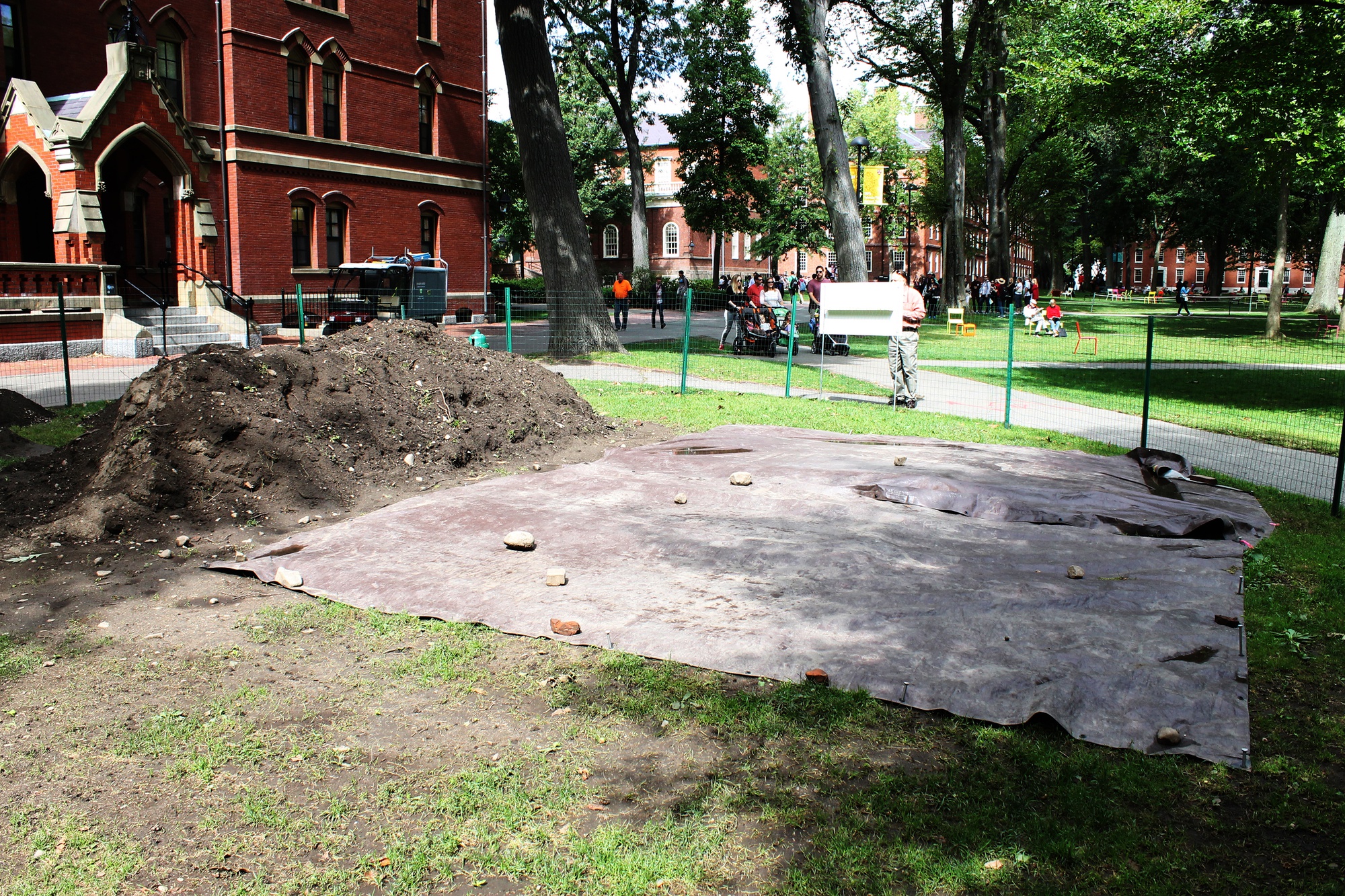 Harvard archaeologists begin the 4th excavation season in front of Matthews Hall, which also belonged to the Indian College in the 17th Century.
By Kristina D. Lorch, Crimson Staff Writer

The anthropology course, which is composed of 22 undergraduates, meets weekly to excavate the area adjacent to Matthews Hall, one of Harvard Yard’s freshman dormitories. Students taking the year-long course will then analyze the items throughout the spring semester and develop a catalogue of all the items, which will be used by the Peabody Museum. 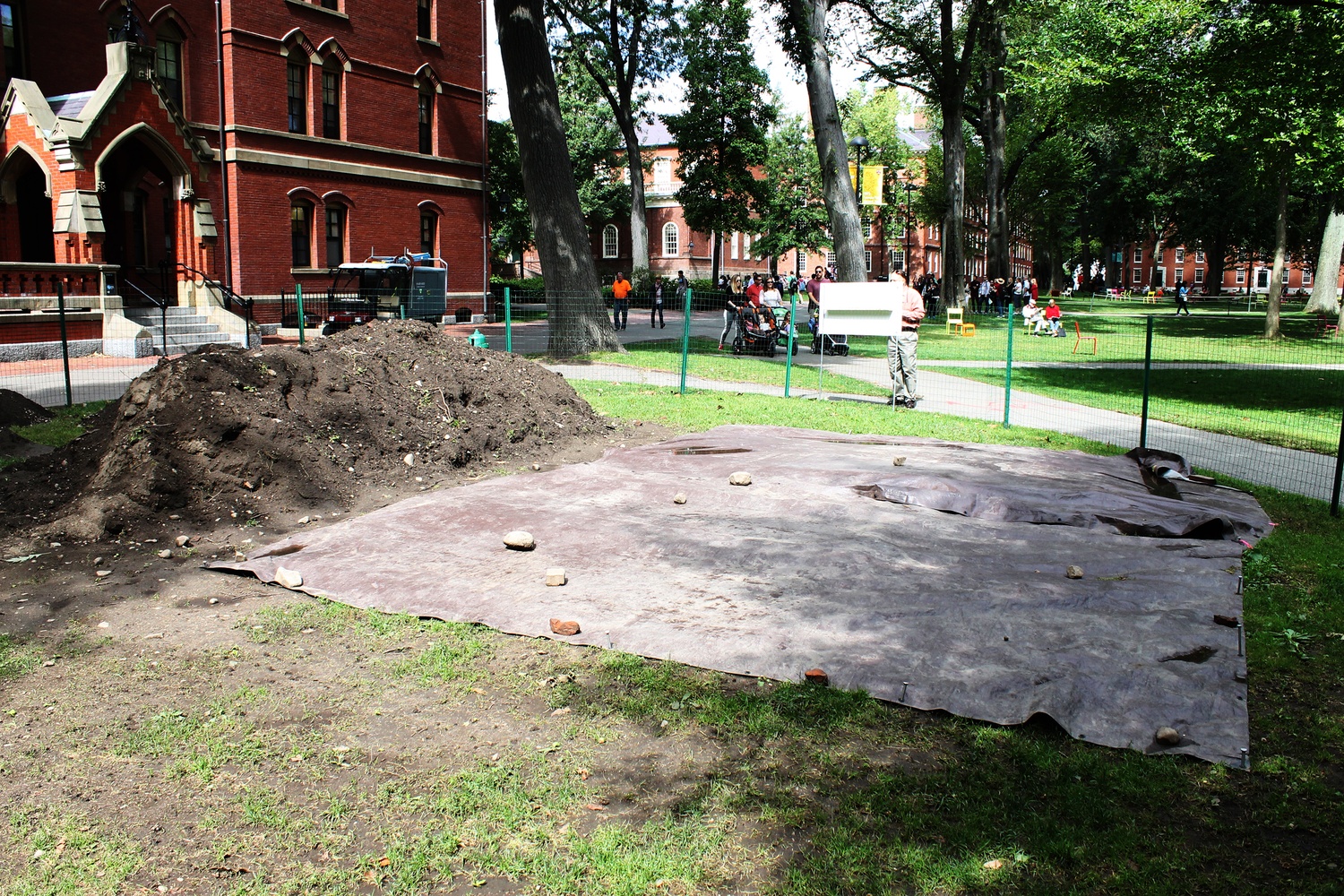 Harvard archaeologists begin the 4th excavation season in front of Matthews Hall, which also belonged to the Indian College in the 17th Century. By Jennifer Y Yao

The excavations will take place in the Yard near the former locations of Harvard’s earliest buildings such as the 1638 Old College, the first university building in the United States, and the Harvard Indian College, the Yard’s first brick building, which was erected in 1655.

The project, which was initiated in 2005 following the 350th anniversary of the Indian College, focuses on exploring the archaeological remains of the Harvard Indian College. It is a collaboration between the Peabody Museum of Archaeology and Ethnology, the Department of Anthropology, and the Harvard University Native American Program.

According to Patricia Capone, Curator and Director of Repatriation and Lecturer on Anthropology, previous archaeological digs in Harvard Yard have taken place in 2005, 2007, 2009, and 2011. She said that the project provides a cultural resource for students and praised the student-driven nature of the project.

“It seemed like a natural match to conduct a course by which students would both gain an opportunity to be trained in the methodology and the specifics of Harvard’s past,” Capone said, adding that the they hope to find structures that would provide a better idea of the extent of the building.

During the fall of 2009, students located a foundation trench they believe made up part of a wall of the Indian College. Seeking to explore the early days of the University, Capone said the project’s archaeological finds reveal how students lived at Indian College and colonial Harvard.

Teaching fellow for Anthropology 1130 Adam Stack said that he sees the project as an opportunity for students to engage on a deeper level with University’s history.

“[The course] really reaches beyond just the practical aspect of learning how to excavate,” Stack said. It puts us all and especially students in the class in a bigger relationship with the history we often walk past and don’t realize is there…. The students are researching the history and traditions they are a part of.”

Many of the items that have been discovered in past excavations are now a part of the Peabody Museum’ ongoing exhibition, Digging Veritas, which is co-curated by course instructors and students.