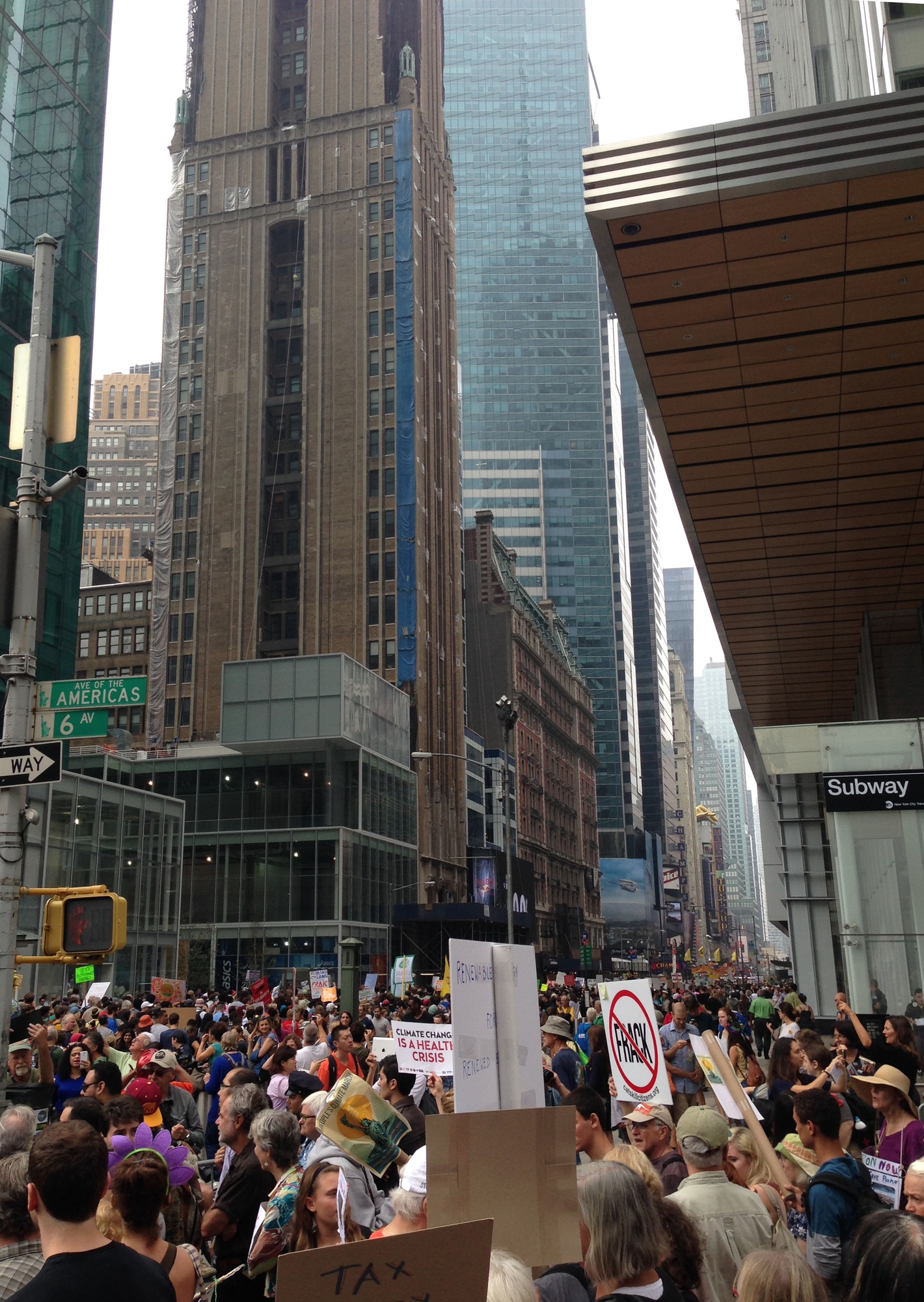 Dozens of Harvard students and many more affiliates took their environmental advocacy beyond the blockades of Massachusetts Hall this weekend, joining hundreds of thousands of activists on the packed streets of a warm Manhattan.

The event, dubbed the "People’s Climate March," came just two days before a United Nations climate summit is set to convene in New York and attracted about 400,000 people, according to march organizers. The march stretched nearly two miles of New York City roads toward the UN headquarters. 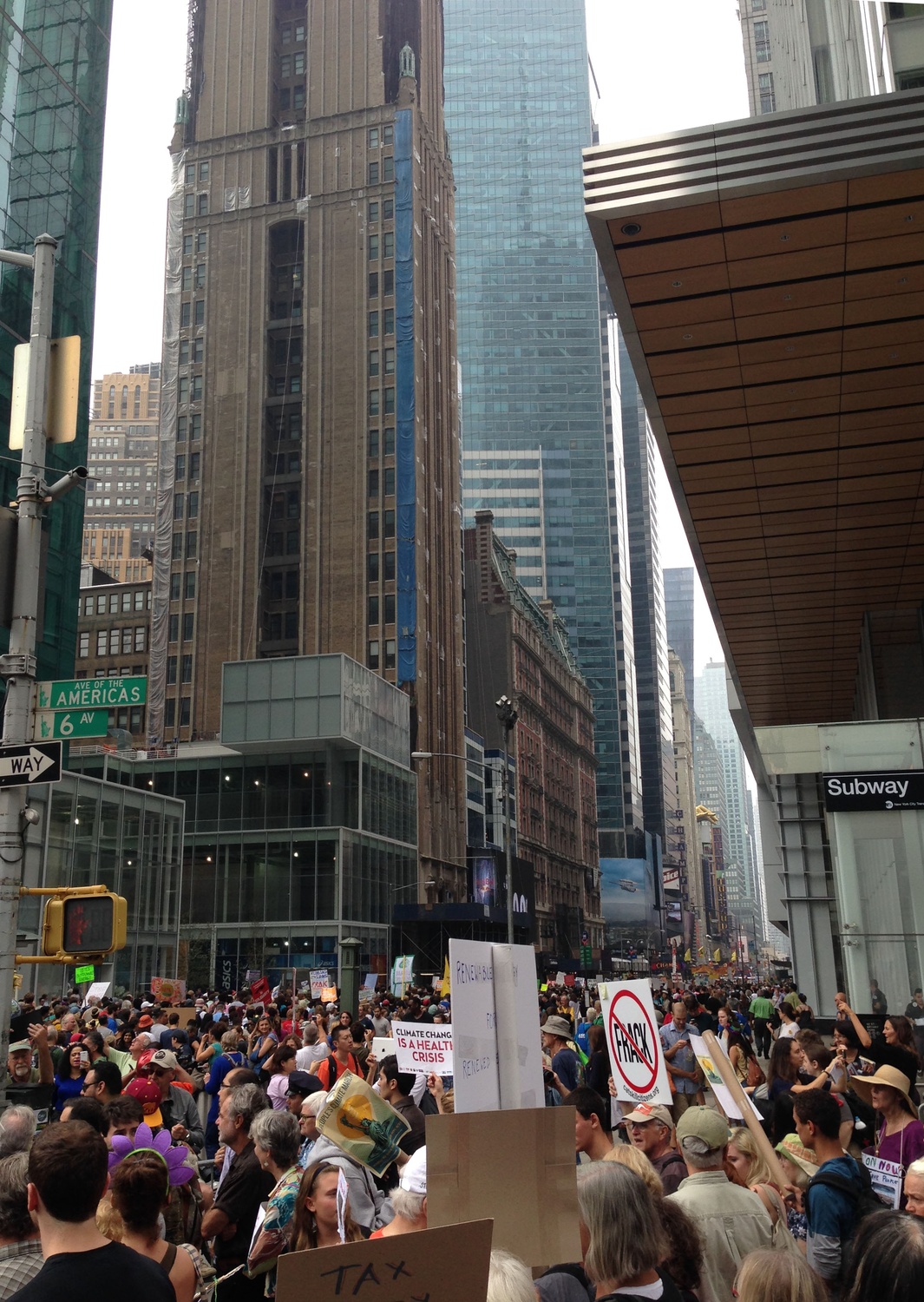 Hundreds of thousands of people descended on Manhattan Sunday for the "People's Climate March." By Courtesy of Amy L. Weiss-Meyer

Talia K. Rothstein ’17, a media co-coordinator for Divest Harvard who helped organize transportation for about a dozen group members to New York City, said that the People’s Climate March provided a clear opportunity to witness the recent groundswell in climate activism.

“The People's March was a moment for the movement more than anything else,” Rothstein said. “It really provided an amazing snapshot of how far the environmentalist movement has come,” adding that it wasn’t just “white tree-huggers” who were on the street campaigning, but a diverse range of activists.

Rothstein said that the march was so jammed that it took nearly two hours for her to start moving once the front of the procession advanced.

“There were marching bands. There were drums. People were chanting. There were puppets and floats and beautiful banners,” Rothstein said. “One thing that was really powerful, was near the beginning, while we were still standing still, there were a few minutes of silence… in honor of communities that are already feeling the effects of climate change.”

Chloe S. Maxmin ’15, a leader of Divest Harvard, said that divestment student groups from across the nation met with each other on Saturday ahead of the march to swap stories about their campaigns.

“We talked about what it’s like when there’s a low point in our group morale or how we react when our administration gives us a 'no' or when we first faced arrest,” Maxmin said. “These are challenges that we are all facing individually, but it is through the support of our peers that we are able to overcome them.”

Harvard students from other organizations were also in attendance Sunday, including students from the Law and Extension schools, as well as alumni.

Rebecca V. Park '16 said she was motivated to organize a delegation of students from Harvard Hillel because of the “really powerful history of Jews in environmental movements.”

Hosted by Columbia Hillel, the Harvard Hillel delegation attended both student and professor-led discussions about environmental activism throughout the weekend leading up to the march.

Sarah S. Fellman ’18, who attended the march as part of the Hillel delegation, said she felt empowered by the experience. “It’s really great to hear about people’s back stories and why climate change matters to them and why they think it matters towards the world—it really is a global project.”