Harvard’s endowment returned 15.4 percent and grew to $36.4 billion in fiscal year 2014 but, as in recent years, the investment performance of Harvard Management Company lagged behind that of some of the University’s peer institutions. 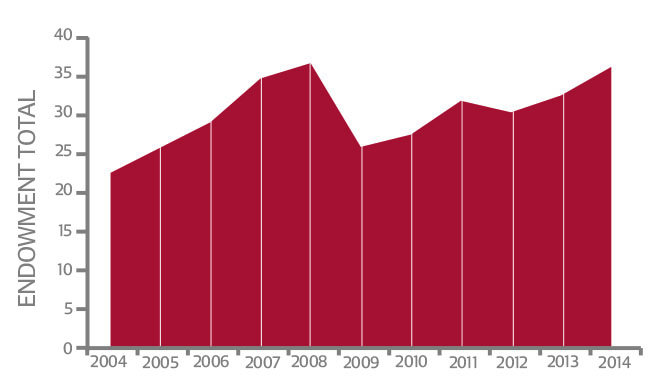 The investment gains leave Harvard’s endowment just short of its $36.9 billion peak, which was reached in June of 2008, before the endowment lost nearly $11 billion in value during a global financial crisis.

While most of Harvard’s peer institutions have yet to release their returns for FY 2014, three peer schools have outpaced Harvard by upwards of two percentage points. MIT, the University of Pennsylvania, and Dartmouth saw gains of 19.2, 17.5, and 19.2 percent, respectively.

FY 2014 marked the fifth straight year that HMC beat its internally set Policy Portfolio benchmark. HMC exceeded this measure in FY 2014 by .8 percent, which is the lowest margin by which it has done so in the past five years. At the same time, it was a strong year for major markets, including for the Standard and Poors 500, which was up 24.6 percent.

In FY 2013, the endowment returned 11.3 percent. Since the financial crisis, cooperation between HMC and the Harvard Corporation—the 13-member body that essentially serves as Harvard’s board of trustees—has been tightened and a new and more conservative investment mandate for HMC has emerged. 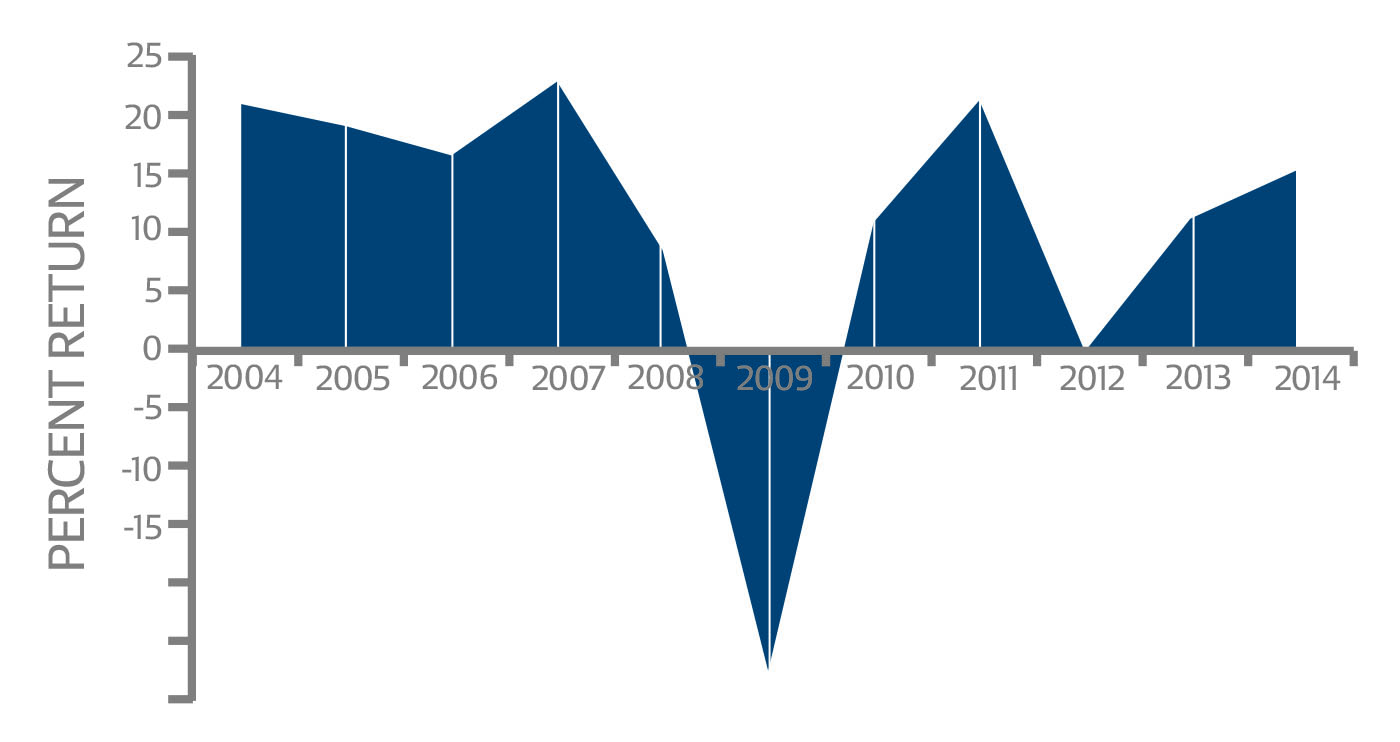 Management Company CEO Jane L. Mendillo, who said this summer that she will step down by the end of December, would not agree to be interviewed on-the-record Tuesday afternoon.

But in the report and a press release that accompanied it, Mendillo characterized the year positively.

“The last five years have been a period of significant recovery and repositioning for the Harvard endowment,” Mendillo wrote. “Our organization and our portfolio are now well positioned to continue to deliver substantial returns and cash flow to the University for decades to come.”

According to the report, HMC experienced relatively strong returns in most asset classes. Public and private equities were the only two asset classes to have fallen short of the internally set benchmarks, by .9 percent and 1.3 percent, respectively.

But domestic equity made up for some of the losses in public equities. This year was the 20th in a row in which HMC’s domestic public equity portfolio beat the U.S. equity market. Mendillo called HMC’s 1.1 percent relative return in U.S. equities, compared to the Company’s internal benchmark, a “nice margin, given the challenge of outperforming a roaring market.”

Yet Mendillo said in this year’s report that much of the disappointing growth can be attributed to specific commitments made between 2004-2008 in the pre-crisis era, which currently account for 73 percent of the private equity portfolio and are “substantially underperforming.”

As these positions presumably begin to unwind in the next few years, HMC plans to increase its allocation to this asset class even more, according to the report. Its targeted allocation for private equity for 2015 is now 18 percent, 7 percentage points higher than it was six years ago and the largest of any other single asset class in the portfolio.

Harvard has experienced an outflow this year of some of its top-level financial leaders from across the University. In addition to the impending departure of Mendillo, Chief Financial Officer Dan F. Shore and Treasurer James F. Rothenberg ’68 announced they would be leaving.