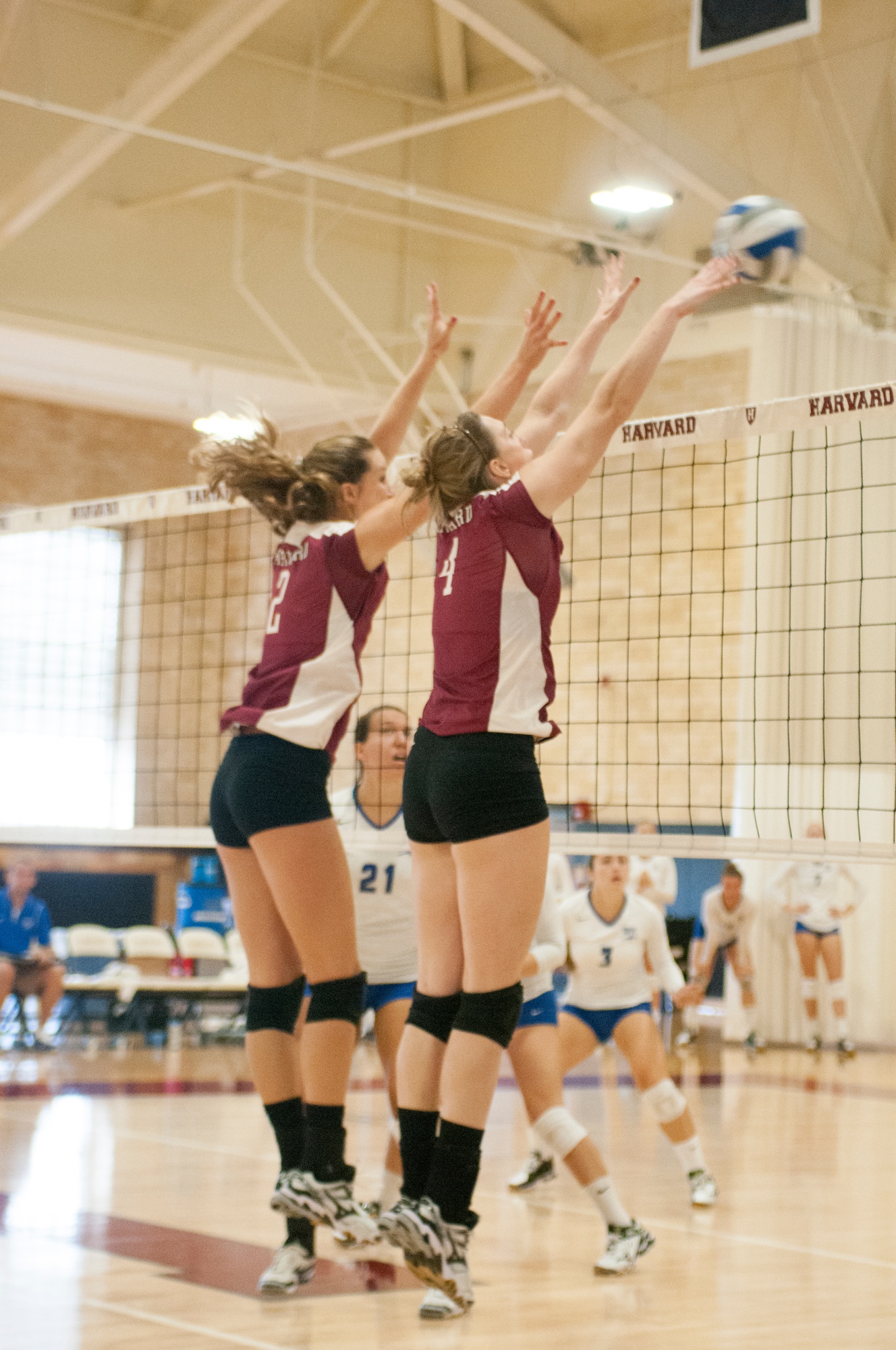 Carrying a five-game win streak into its tilt on Saturday, the Harvard women’s volleyball team (7-3, 0-1 Ivy) looked to carry its historic nonconference success into Ivy League play in its opening match at Dartmouth (10-2, 1-0). But the Crimson was unable to extend its streak to six, starting off conference play with a 3-1 loss to the Big Green in Hanover, N.H.

“We were extremely disappointed with starting [Ivy League play] off this way,” co-captain Kristen Casey said. “But at the same time, I think we learned a few tough lessons tonight about preparation.”

The Crimson found itself in a crucial moment tied at 13-13 in the fourth set, needing to win to extend the match to a fifth set. But Dartmouth would take the next six out of seven points, amassing a six-point lead that the Big Green would not concede. Sophomore Stacey Benton sealed the deal with a kill, and the home team emerged victorious in the final set, 25-21.

The Crimson managed to stay in the game with a late comeback in the third set. With the Big Green two points away from sweeping the Crimson to open Ivy League play, three attack errors from Dartmouth and timely kills by senior Caroline Walters and junior Kathleen Wallace forced a fourth set that the Crimson would be unable to capitalize.

But when the Crimson found itself in the opposite position in the first set—up in the late stages of the set, the team was unable to close it out. Up 21-19, Harvard would go on to lose the next four points. Although the team would tie it up at 25 points apiece, two attack errors from the Crimson would hand the first set to Dartmouth. Harvard—which has relied heavily on late set performance—was consistently outplayed by the Big Green at the ends of sets.

“They were getting three blockers up on our middles and playing really good defense,” Casey said. “We just haven’t seen that from many opponents and…struggled to find other ways to score for a while.”

The second set didn’t go much better for the Crimson. Again, the squad found itself in position to challenge Dartmouth for the second set, tied 8-8. But Dartmouth won the next four points, and 12 out of the next 19, to take a commanding 20-15 lead.

Junior Caroline Holte led the Crimson offense with 11 kills and a 46 percent kill to attack percentage. Walters was close behind with 10 of her own and a 30 percent ratio, and sophomore Corie Bain—who leads the team with 97 kills on the season—registered nine. Bain and junior Hannah Schmidt aided the attack with 21 and 19 assists, respectively.

Saturday marked Dartmouth’s first home game of the season. The Big Green had managed to go 9-2 in nonconference play, all of which was on the road.

Playing on the road was not one of Harvard’s strengths in last year’s campaign. The squad finished 4-6 on the road, including a 3-2 loss to Dartmouth.

“I think we are going in with a much better focus for road games [than last year],” Holte said. “We have a routine before the game…little things to get our heads in the game before we start playing and control the things we can control.”

The Crimson will start off in a hole in its ambition to be crowned Ivy League champion, but such a feat is familiar. The team started off 1-2 last year but still managed to secure second place in the Ancient Eight.

“It’s better that we have a game like this early on if it’s going to…force us to learn some lessons,” Casey said. “The Ivy League title is still very much our goal."