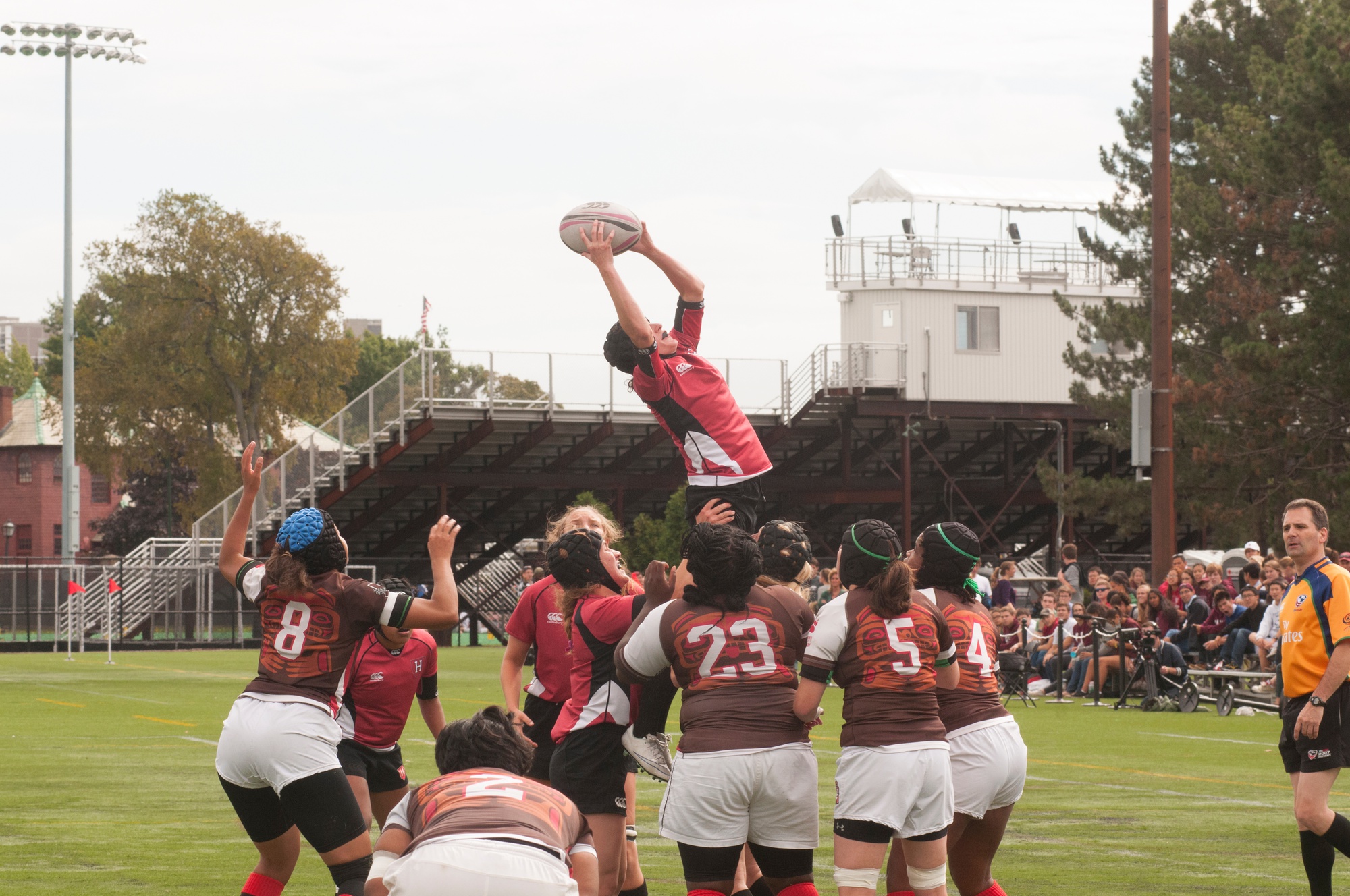 On an unseasonably warm Saturday in the final weekend of September, the Harvard women’s rugby team pounded Cornell for its first home win of the season, 75-0. The Crimson (2-1, 2-1 Ivy) handed the Big Red (2-1, 2-1) its first loss of the season by overwhelming Cornell’s defense, which had surrendered a mere five points through its first two games.

It took Harvard just four minutes to put up five points on the scoreboard. After the Crimson gained possession out of the scrum, freshman wing Tessa Muss ran the ball to the outside to score a try and give Harvard the early lead. In her rugby debut, Muss wasted no time making a difference. With two more successful tries in the game, she recorded a hat-trick in her rookie outing.

Muss was just one of a handful of new faces who debuted and contributed on the field for the Crimson. Freshman center Isabel DeLaura, sophomore prop Ina Kodra, and freshman lock Rachel Chapman also turned in strong performances, having played just a handful of contests this season. For head coach Sue Parker, the successful integration of these rookies highlighted the game.

“Our goal was to make sure that all of our many, many rookies who were on the field today had a great experience,” Parker said. “We wanted to keep our team framework phase after phase, try to maintain possession, play in our attacking side of the field, and always have a lot of support. Absolutely I feel like we accomplished that and I think they all came off the field today having had a phenomenal experience.”

In the seventh minute of the game, the Big Red attempted to bounce back and even the score. Cornell won possession out of the scrum and sophomore full-back Mara Jacobs kicked the ball downfield. After the Big Red recovered the kick, a series of quick passes set up sophomore fly-half Angela Wang for a try attempt. But the Harvard defense took Wang down from behind to preserve its lead.

In its last two contests, the Crimson has not surrendered a try, outscoring its opponents, 129-0.

“All of our defensive schemes are built around total teamwork,” Parker said. “Our recent success is a reflection that all 15 people on the field all the time are giving maximum effort, talking to each other, and maintaining the wall in front of the ball. Even when the team has a line break like Cornell had several times today, we have excellent composure in stopping them before they can get into the try zone.”

With just under 30 minutes left, Harvard went on an offensive surge. Successful tries by senior flank Lenica Morales-Valenzuela, senior fullback Aniebiet Abasi, and sophomore fly-half Taciana Pereira gave the Crimson a 43-0 advantage at the half.

Abasi paced Harvard’s offense in this mismatched contest. On four separate occasions, Abasi used her speed to take the ball nearly the entire length of the field en route to a pair of successful tries in each half.

“[Abasi’s] performance speaks for itself,” co-captain Brooke Kantor said. “But she’s really only successful when we utilize our teamwork to get that ball to her. Regardless of the fact that she’s flying down the field and it’s awesome to watch, it happens because we did something as a team to make it happen.”

The Crimson maintained its offensive pressure in the second half. Crisp passing allowed Harvard to spread the line and continue to break through the Big Red’s defense.

In the final two minutes of the game, Cornell made a last-minute attempt to get on the scoreboard. The Big Red’s junior prop, Alanna Grossman, broke a series of tackles before Kantor brought her down with a strong tackle and recovered the ball for the Crimson. After a series of Harvard passes, Kantor again inserted herself into the play with a drive down the field that set up Morales-Valenzuela for the final score of the game.