Women's Soccer Notches Win at Penn for First Time Since 2006 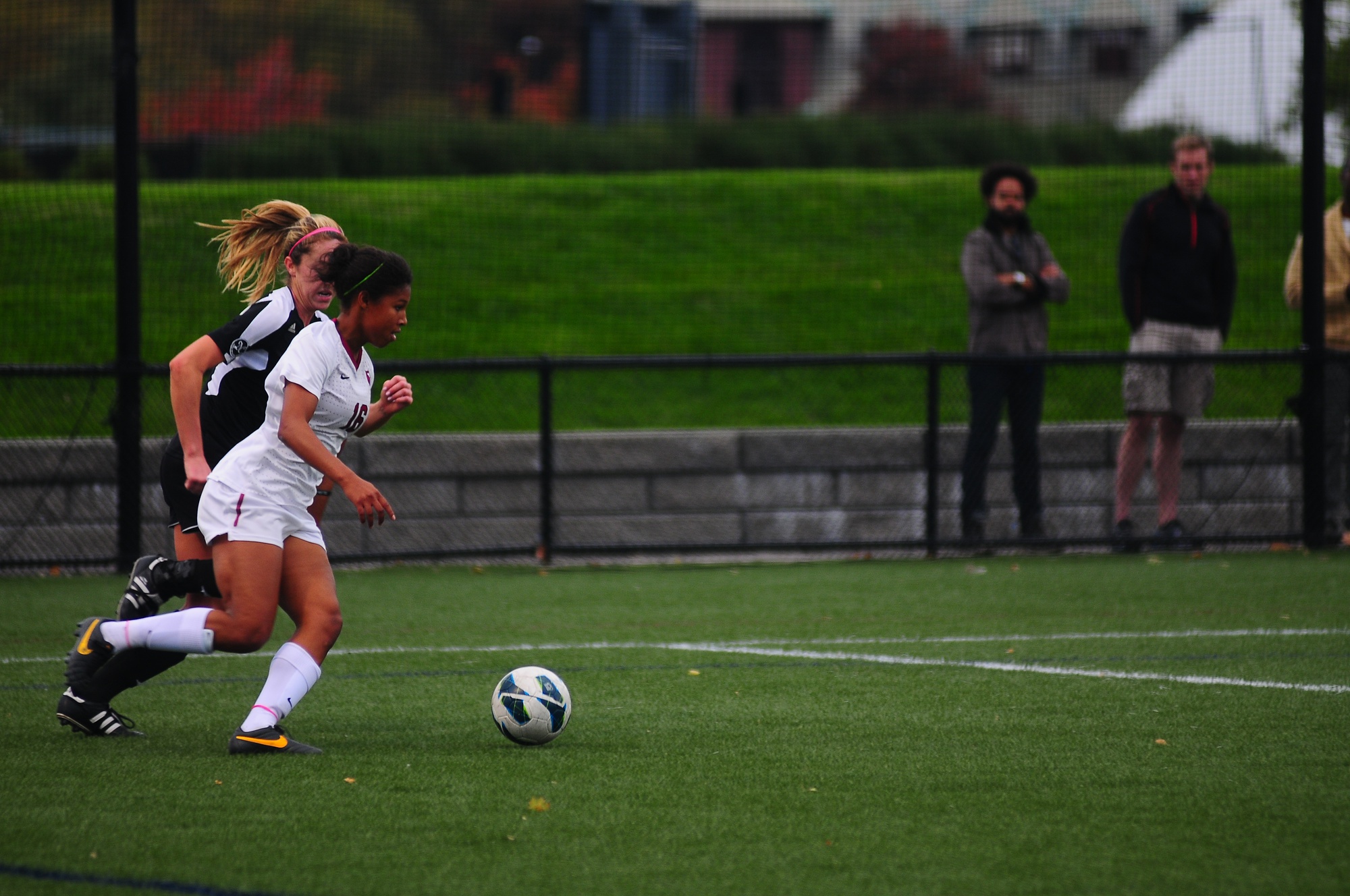 The outcome of the women's soccer game between Harvard and Penn has been determined by home-field advantage for the past six years. With the Crimson traveling to face the Quakers for its Ivy opener on Saturday night, Harvard’s chances of winning seemed against the odds. But the Crimson decided it was time to change that history.

In a critical contest between last year’s top-two finishers in Ancient Eight, Harvard put together a stellar second half to top Penn, 3-0. This was the Crimson’s first win at Rhodes Field since 2006.

Harvard coach Ray Leone secured four Ivy League Championships before getting this elusive road win against the Quakers (3-2-2, 0-1 Ivy) since he started with Harvard (6-2-0, 1-0) eight years ago.

“To Penn’s credit, they are so difficult to play at home or away,” Leone said. “The intensity of the game was through the roof. And a goal needed to happen for either team to break it open...because it was so tightly fought in that first half.”

And that’s what happened in the 55th minute.

After using her speed to fly past three Quaker defenders, Crimson sophomore forward Midge Purce hit a chip shot that floated over the head of Penn’s junior goalkeeper, Kalijah Terilli, to give Harvard a 1-0 advantage.

“We got that first goal and it relaxed us a little bit,” Leone said. “We started to move the ball around better and create chances.”

The Crimson continued to apply offensive pressure throughout the second half. In the 70th minute, junior forward Emily Mosbacher headed a cross from co-captain Meg Casscells-Hamby over the outstretched arms of Terilli and into the far right post to give Harvard a 2-0 lead.

Three minutes later, the Crimson added another insurance goal when Purce weaved her way past multiple Quaker defenders and connected for her second goal of the game. Purce, who had not converted any of her 14 shots in Harvard’s previous five games, found her rhythm in the team’s Ivy debut. She continued right where she left off in conference play last season, in which she led the league with 11 goals.

“[Purce] always works really hard and I think it was just a matter of her finishing the chances she got,” co-captain Marie Margolius said. “She puts herself in really good position and gets a lot of chances. She was composed enough to finish them in this game.”

Although the game finished with the Crimson in total command, it did not start that way.

Momentum shifted back-and-forth in the first half. Strong, physical play from both sides kept the ball concentrated at midfield and limited offensive opportunities. Both teams managed just two shots in the half.

Penn nearly jumped out to an early lead in the 30th minute of the game when Harvard senior goalkeeper Cheta Emba fumbled a corner kick and the ball trickled to Penn’s junior back Shannon Hennessy. Amidst traffic, Hennessy got off a shot on an open goal. But Crimson junior defender Alika Keene managed to get her right foot on the ball to keep it from reaching the back of the net.

The Quakers began to dominate possession and apply offensive pressure for the duration of the first half. Penn continued to drive the ball deep into Harvard’s half of the field, but the Crimson back line repeatedly stopped the Quakers before they could convert this momentum into scoring attempts.

“They put a lot of pressure on us in the first half, so it took some time to adjust and be able to do our thing,” Leone said.

In the second half, Harvard found its rhythm. The team converted three of its four shots and kept Penn from taking a single shot on goal.

“We brought everything we had in the second half,” Margolius said. “We just kept our energy up and knew the chances were coming and that we were going to put them away.”