Looking Closer at the Beliefs, Lifestyles of the Class of 2018 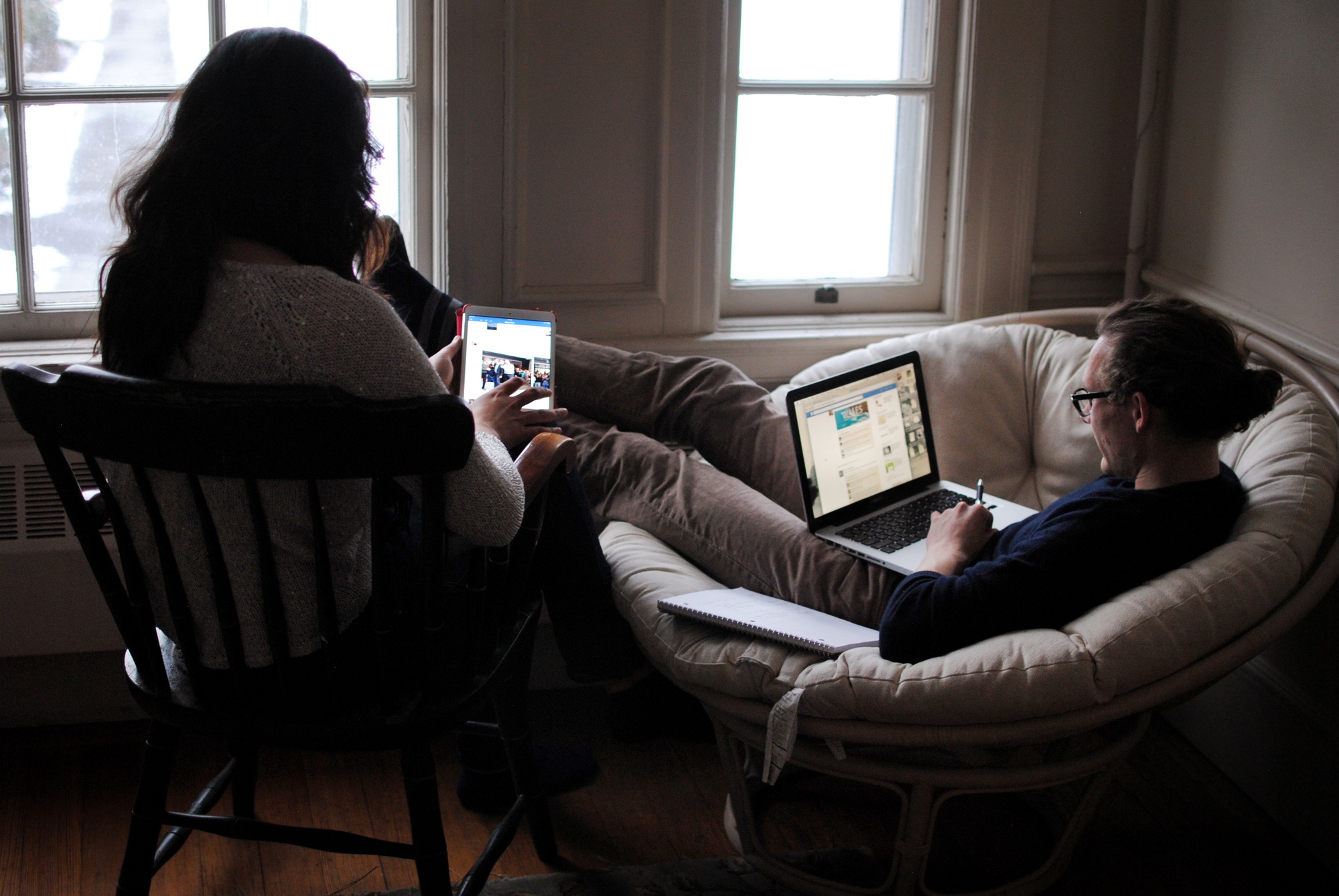 More and more students spend a majority of their downtime on social media. Facebook has replaced a great deal of human interactions as a means for communication and meeting new people.
By John P. Finnegan and Ivan B. K. Levingston, Crimson Staff Writers

Part IV of a five-part series on Harvard’s incoming Class of 2018, based on data collected by The Crimson in an email survey conducted in the month of August. The complete series can be found here.

Thirty-eight percent of incoming members of the Class of 2018 surveyed by The Harvard Crimson last month reported having had sex before arriving on campus, a slight increase from last year’s class.

But analysis of the survey shows that final club and greek life hopefuls were more than twice as likely to have done the deed than those uninterested in those groups and athletes were significantly more likely than non-athletes to have lost their virginity.

Exploring political opinions, drug and alcohol habits, sexual activity, and the role of technology, this installment of a five-part series on the survey’s results looks at how the newest members of the Harvard community live and view their lives away from the classroom.

When asked about their views on same-sex marriage, 83 percent of respondents said they have favorable views while another 9 percent said they had no opinion on the issue.

Men and women seem to have slightly different views, as male respondents were more likely than females to identify as conservative, and women on average reported have a higher opinion of President Obama than males. Only 11 percent of female respondents identified as somewhat or very conservative.

Though only 6 percent of freshmen identified as “very religious,” religious background correlates with political beliefs for the surveyed members of the Class of 2018.

Eighteen percent of respondents identified as Protestant, 19 percent as Catholic, 10 percent as Jewish, 3 percent are Muslim, and just percent 1.6 percen6 and 2.4 percent as Buddhist and Hindu, respectively. About 35 percent said they are either Atheist or Agnostic, while 10 percent choose the “other” category.

Though most demographic and religious groups exhibited strong support for President Obama, his signature legislative achievement, the Affordable Care Act, fared less well with certain groups. Thirty-six percent of Catholic respondents gave Obamacare favorable ratings, the lowest of any group. Among income groups, the highest levels of support for the healthcare legislation was concentrated in the middle income brackets.

Muslims, on average, were the least favorable toward same-sex marriage, with just 44 percent of respondents favorably rating it.

THE DRUG CULTURE, OR LACK THEREOF

While half of surveyed freshmen are in favor of legalizing marijuana, most do not use the substance.

Overall, respondents proved to be fairly abstinent when it came to participating in drug use, with an overwhelming majority of surveyed freshmen reporting to have never tried any drug harder than marijuana, and even more, 87 percent, saying they have not smoked tobacco.

Though respondents may cringe at the thought of lighting up a Marlboro Red, they appear to have fewer reservations about alcohol. Two-thirds of respondents have already had a first drink, with 39 percent of surveyed freshmen reporting that they have had a drink at least between once a month and once a semester.

Still, no matter how much they are drinking, this year’s respondents are probably not purchasing the alcohol themselves, as only 11 percent reported having a fake ID.

Though close to 60 percent respondents reported being virgins, men were more likely than women to have had sex. According to survey results, high family income and attending private school correlated strongly with increased sexual activity. Around 60 percent of varsity athletes report having had sex, compared to just 39 percent of non-athletes.

When it comes to religious groups, Jews reported being the most sexually active, followed by atheists and agnostics.

The most common time to lose virginity among respondents was in either 11th or 12th grade.

If the Harvard freshman class were judged on its diversity solely by what type of computer its students own, it would not be very diverse. According to the survey, 71 percent of respondents own a Mac and 73 percent carry an iPhone in their pocket. The vast majority are also plugged into Facebook, with only 2 percent of surveyed freshmen abstaining from the social-media site. A slim majority also participates in Twitter, with 52 percent of the class having an account. 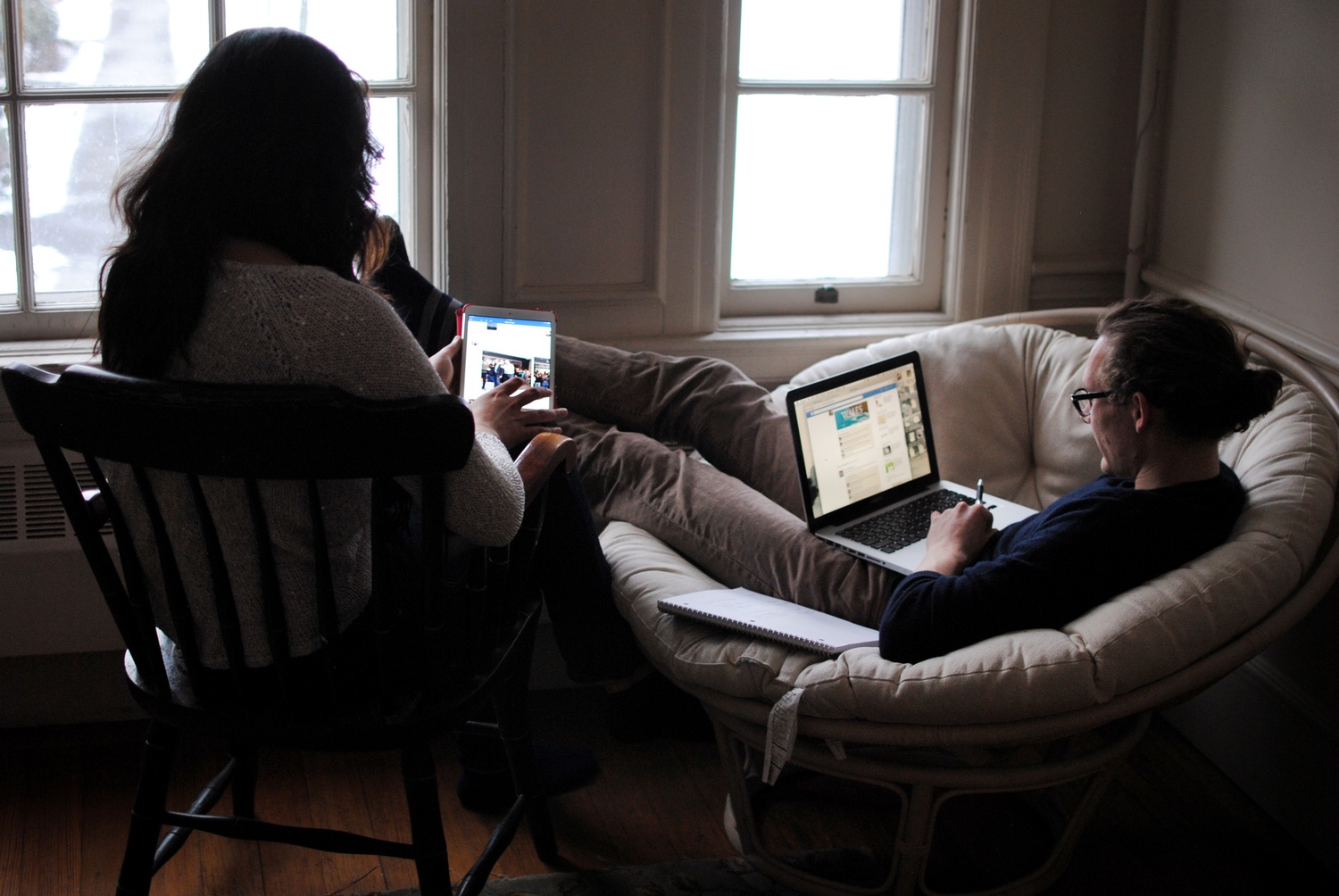 The most common reported estimation of time spent on Facebook was “between 16 and 30 minutes.” Still, most respondents reported spending far more time studying.