Portrait of an Artist: David Hilliard 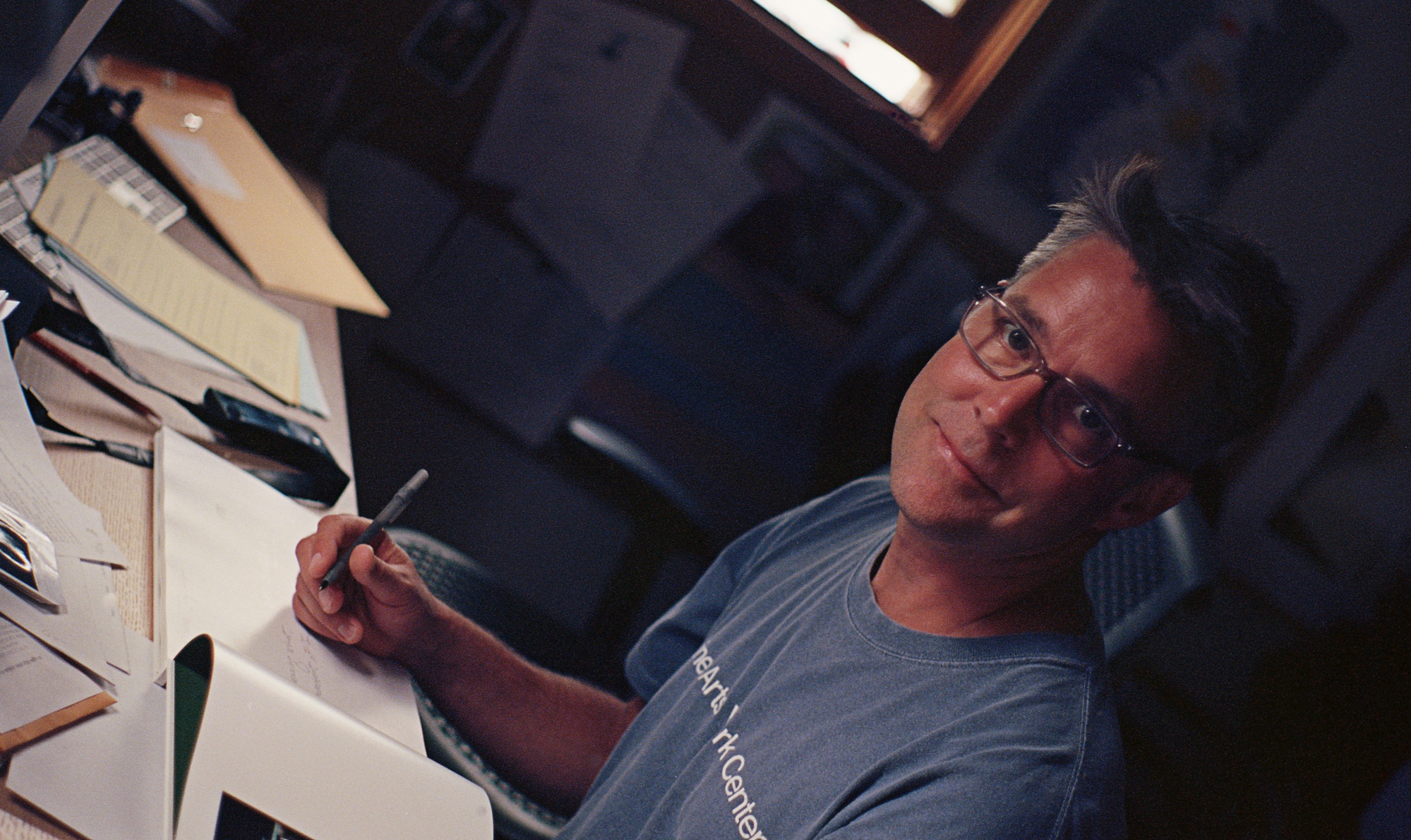 David Hilliard is a visiting artist at the Carpenter Center this year.
By Victoria Zhuang, Crimson Staff Writer

“I like that a photograph alludes to something and doesn’t really fully tell the story,” says David Hilliard, a visiting artist at the Carpenter Center this year. For Hilliard, who has backgrounds in theater and film, photography has a “magic” related to but unique from that of cinema and stage. His paneled photographs, which show glimpses of human scenes in progress, feel like a spectacle unfolding at the viewer’s pace. Hilliard sat down with the Crimson to talk about his work, which will be on display at the Carpenter Center through September 28.

Ebb (2012) By Courtesy of David Hilliard

The Harvard Crimson:  How long does it take for you to set up the photographs?

David Hilliard: There’s no recipe. Some are preconceived: I have an idea and I build or find a location and I make the photograph, and sometimes it’s the recreation of a moment or an illustration of an idea. And other times, like if I had time right now and I were with you and I had my camera, it’s the newness of somebody in nice light…. The photographs are rectangular. They’re not panoramic; I’m not cutting up a negative. So when you see a photograph, that’s three pieces.

DH: Because they are actually separate moments, with shifting time, with shifting focus. The way the written word, storytelling, works: language. The way a cinematic camera works: je-je-je-je-jer. And so all of that is not about formally breaking them up…. Sometimes I’ll give a lecture on my work and someone will say, why are you cutting up your negatives? I’m like, no, they’re like separate moments. Your day, our day, are separate moments of time, that if laid out, would look like that: boomboomboomboom. So it’s about finding these moments, and acknowledging them, and editing them down to the best moments.

THC: But it’s also that [in your work], even while each moment can exist on its own, the moments are all residues of each other; each is visible in the others.

DH: Right. I do think of each one as its own moment, but they are all touching upon each other. Each moment in my life and yours is rubbing shoulders with the previous one and the next. And that’s what’s happening in my work…. Moments rubbing up against other moments. Really sensual, if you think about it—life and art.

THC: You do frequently expose the human body, but it’s not a sensuality that’s comfortable with itself.

DH: Right, and there’s a kind of quiet, a discomfort, and a celebration at the same time…. It’s part of our lives, and we don’t always talk about it.

THC: Are you interested in the fact that we don’t talk about it?

DH: Yeah, sure. And in especially my case—in my political statement as a gay man, it isn’t important that my work always be about that—but it is important that the audience knows that these images were made by the lenses of a gay man…. My work is about intimate relationships: the ones that I share, the ones that a heterosexual might share, the ones that a different culture might share…. I am very interested in the nuances of maleness…. And also being lower middle class. Growing up in New England and growing up poor. So there’s a lot of biography, [a] lot of autobiography in the work.

THC: To what degree do you put yourself in the photos?

DH: There was a time when, I think as a young artist I felt that if my work were about me, I had to be in all of the pictures. [But] I realized, and it was so obvious, that the work was always about me. And it was easier to step out of the frame and find other people; there were surrogates for myself, or other people who are more like me, or unlike me. So the [photographs] became more about me once I stopped being in them…. I still occasionally seep into some of my work, but with more forethought about why I need to be there.

DH: I am interested in environmental portraiture. How does our environment act on your subject, your sitter, in the photograph? And vice versa. What does your sitter bring to the environment? So there’s this dialogue that goes on when we look at photographs. It matters where somebody is in the picture. I like to question that. Sometimes it makes sense and sometimes it doesn’t. There can be irony; this person really doesn’t belong in that setting, and it does change, switch up the read of the photograph.