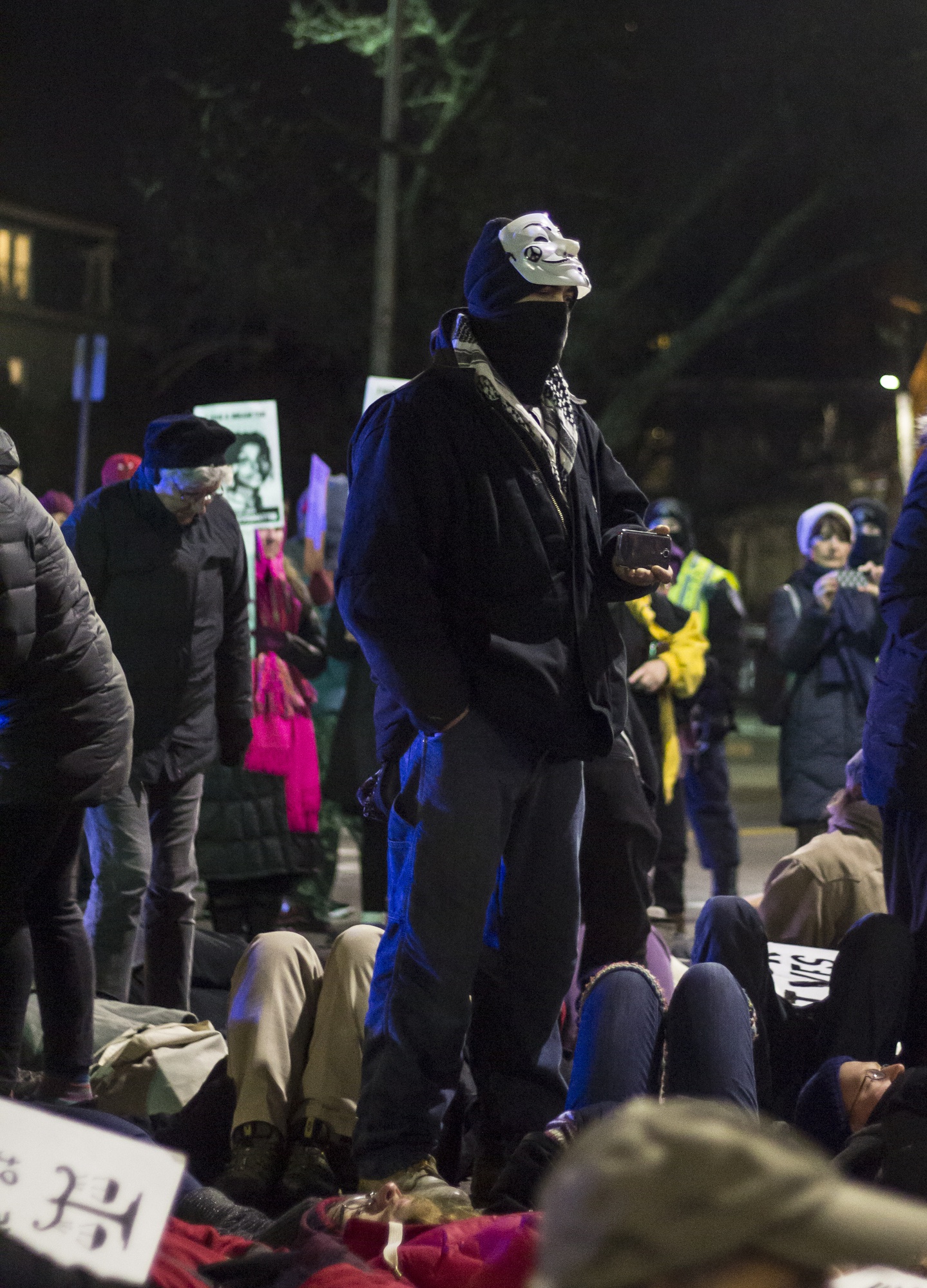 A protester takes photos of the "die-in" at the "Black Lives Matter" protest in Cambridge on Wednesday evening.
By Noah J. Delwiche, Crimson Staff Writer

More than 200 demonstrators poured onto the streets of Central Square in Cambridge Wednesday evening, extending a series of marches and protests both nationwide and in the Greater Boston Area against racial prejudice in the criminal justice system.

“This is just a continuation,” Divinity School student Rachel A. Foran said, clutching a sign on which read “White silence is state violence.” Foran, like others at the event, emphasized the need for uniting in protest following two separate non-indictments of white police officers late last year who killed unarmed black men. 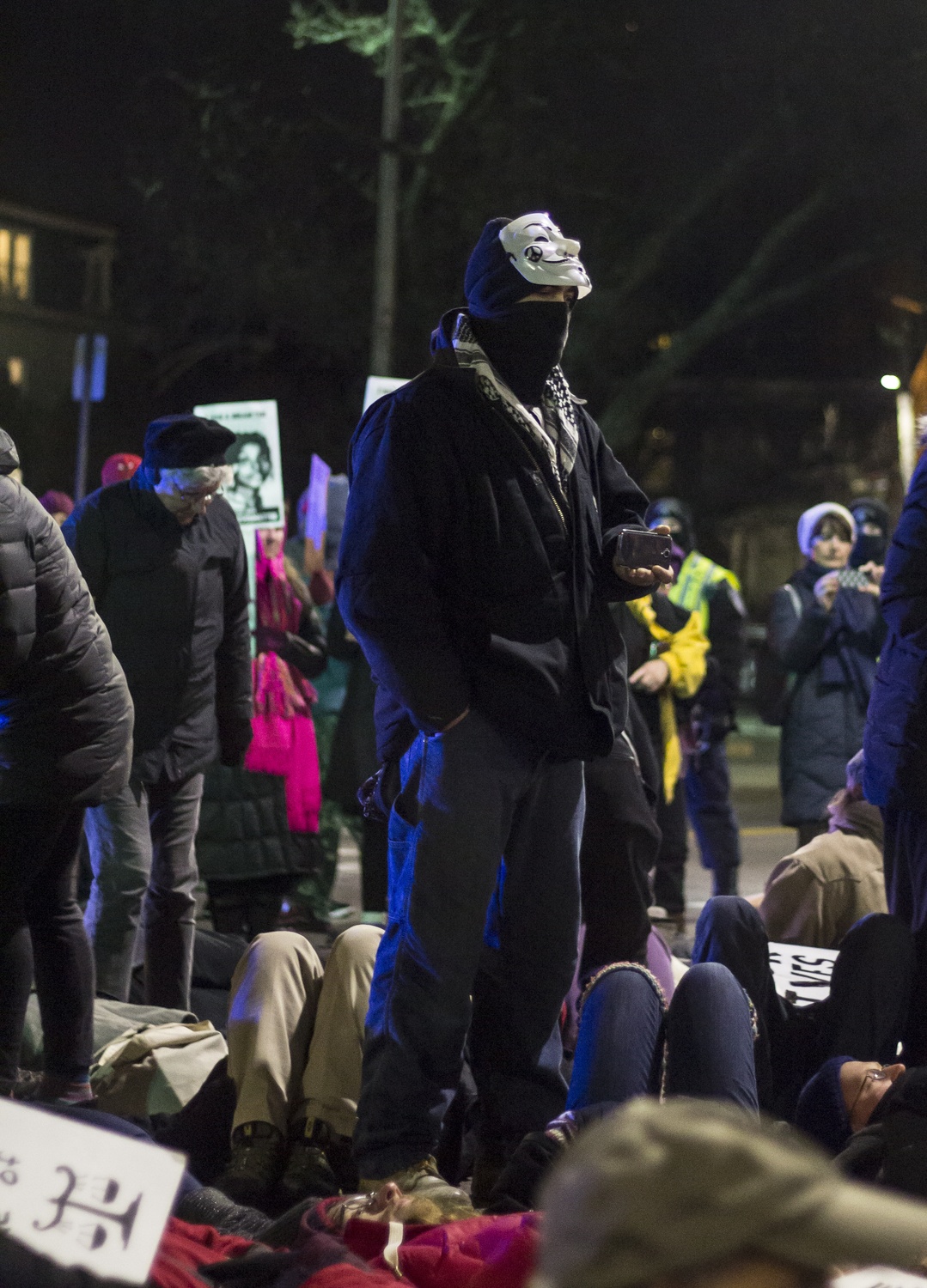 A protester takes photos of the "die-in" at the "Black Lives Matter" protest in Cambridge on Wednesday evening. By Zorigoo Tugsbayar

More than a dozen Cambridge Police Department officers followed the group as it marched from Jill Rhone Park toward the steps of the Cambridge City Council’s main building on Mass. Ave, with demonstrators blocking traffic along the way.

As participants began the first of two die-ins during which they laid on the street for four-and-a-half minutes—representing the 4.5 hours that Michael Brown’s body remained on the street before being taken to a morgue—Brian C. Greene, a bishop at the Pentecostal Tabernacle in Cambridge, listed off names of Cambridge residents who had died from violence in the past.

Greene also argued that the non-descript naming of the neighborhood where the march was held, Area 4, set it apart from other neighborhoods and made the area sound like a prison.

“Names are important…. If our lives do matter, let us at least start by giving this neighborhood a name instead of a number,” Greene said.

Along the way, organizers handed off a milk crate podium to one another as they invited individuals to decry prejudices against African American men and implore Cambridge residents to join the movement.

“Our brothers are dying around this nation and I can’t sleep at night,” said Toni Bee, a Cambridge resident and organizer of Wednesday’s event.

Children peered out windows as the crowd proceeded and chanted “Indict, convict, send those killer cops to jail” periodically throughout the march. 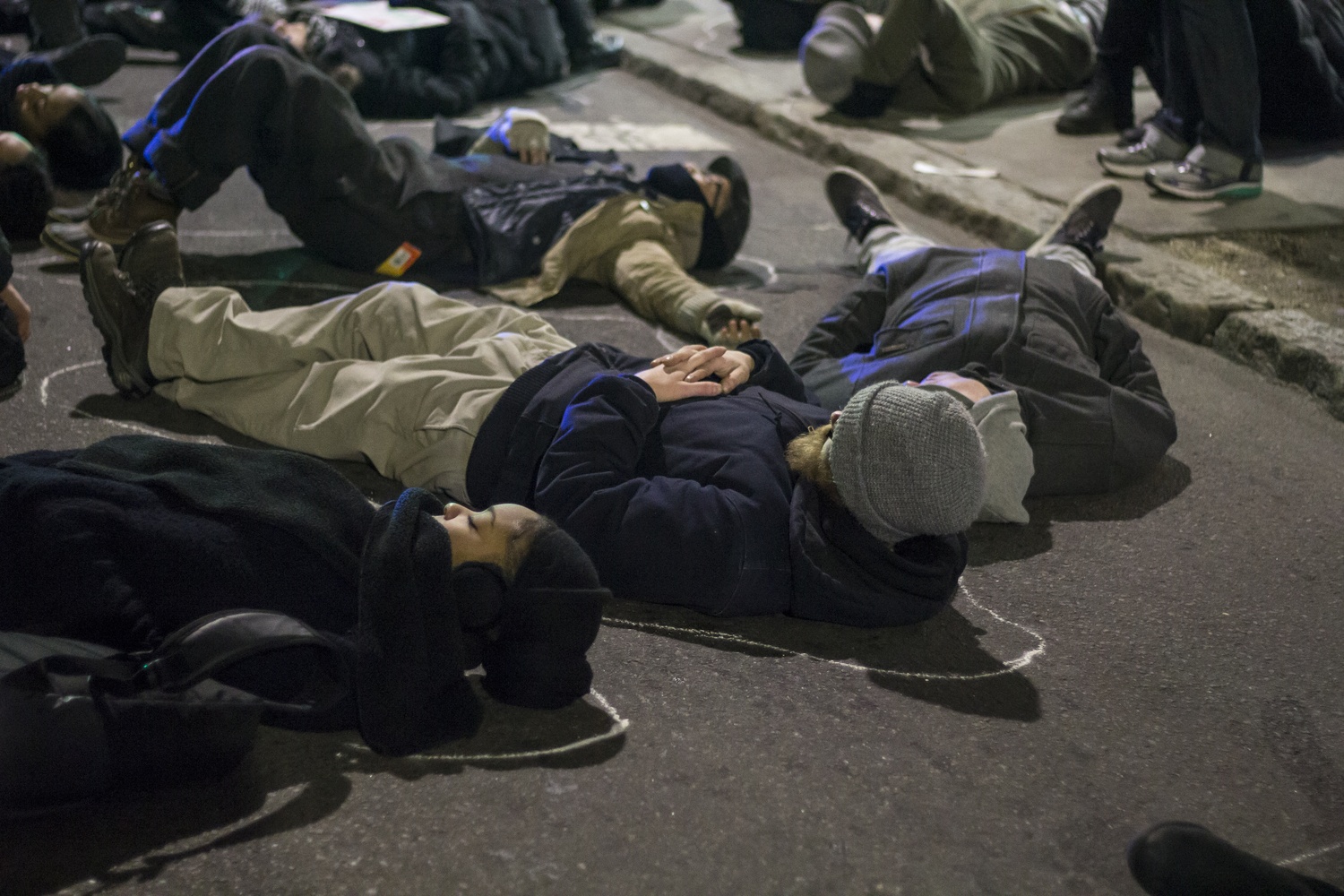 Protest participants lay in the street after having chalk outlines drawn around their bodies during a second die-in during a protest in Cambridge on Wednesday evening. The chalk alludes to the outline law enforcement officers traced around Michael Brown's body. By Zorigoo Tugsbayar

Organizers later traced chalk outlines around the bodies of several participants in the second die-in, alluding to the outline law enforcement officers traced around Brown’s body.

Jeremy Warnick, a spokesperson for CPD, confirmed that officers did not arrest any protesters at the event, though they did pull one protester aside for questioning. He said that the march, like others in the past, was peaceful.

Warnick added that additional officers were on patrol during the march, but declined to comment on the exact number.

Protesters, meanwhile, encouraged other Cambridge residents to join the movement and inspire change.

“This is just the beginning,” Bee said.