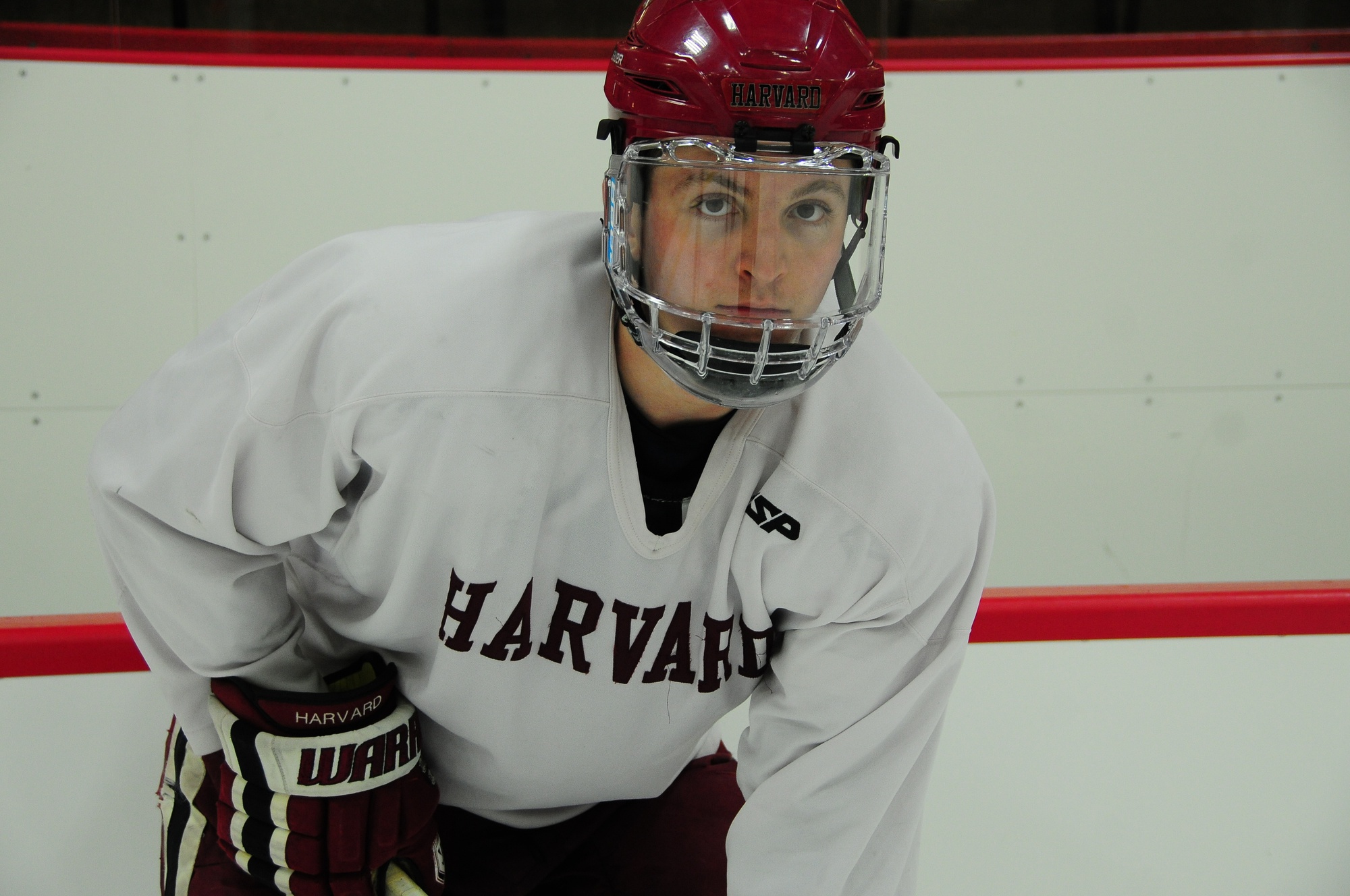 Through 18 games, junior forward Jimmy Vesey paces the team with 84 shots, nearly 30 more than the next highest total on the team—that of sophomore Tyler Moy (57).
By Michael D. Ledecky, Crimson Staff Writer

The biggest difference between Vesey and the graduates? Killorn and Murphy did it in 34 games. Vesey has accomplished it in 18.

Midway through his third season, Vesey has already posted MVP-level totals. At No. 15/13 Colgate on Saturday, the first-line left wing netted two highlight reel goals and added a pair of assists to move into the NCAA Division I lead in both goals (0.94) and points (1.67) per game.

Throughout a difficult winter recess in which the No. 4/4 Crimson struggled with injuries, Vesey was a beacon of consistency. He scored three or more points in each of Harvard’s three wins, and he scored the team’s first—occasionally, only—goal in each of the team’s three losses.

With the help of a postgame stat correction following Harvard’s 5-1 loss to St. Lawrence last week, Vesey is the only Division I player this year to register at least one point in each of his team’s games. His 18-game streak is tops in the nation.

Vesey sees the flashy offensive stats as a reward for individual and team-wide hard work. Over the summer, he spent extra time in the weight room, trimming fat and adding muscle. This season, he has skated alongside junior co-captain Kyle Criscuolo and sophomore centers Alex Kerfoot and Tyler Moy—a formidable cast of playmakers who are also having career years.

Vesey’s impact extends the full 200 feet of the rink and beyond. He has improved in his defensive game and has become an important part of the Harvard penalty kill. Off the ice, the upperclassman has stepped up as a team leader.

“He’s been great for us all season, and certainly led us tonight, I think, not only on the ice but also in spirit,” Harvard coach Ted Donato ’91 said Saturday. “I thought he was really positive on the bench and really competitive. We certainly needed that kind of effort from him.”

A shot at the big league may be coming sooner rather than later for Vesey, who has launched himself into this year’s Hobey Baker discussion alongside Boston University freshman forward Jack Eichel, a projected top-two overall pick in this summer’s National Hockey League entry draft.

Vesey, a 66th overall pick himself via the Nashville Predators, recognizes his recent strides toward becoming a more complete professional prospect.

“I’m not just a one-dimensional, offensive player,” Vesey said. “I’m playing in all situations…. I think I’ve kind of developed into more of a pro-style player this year.”

On Saturday, Vesey looked like a pro among amateurs. His first strike was a goal-scorer’s goal—a top-shelf finish off a rink-length rush. His second goal was video game-like in quality, as the junior duked and weaved through the Colgate defense before sneaking one past the left glove of sophomore goaltender Charlie Finn.

It is far from certain whether this season will be Vesey’s last in a Harvard uniform. The Charlestown, Mass. native believes his game still has “a little ways to go” before he would feel comfortable signing away his NCAA eligibility, and he has a number of team-related goals on his to-do list, like bringing a Beanpot title back to Cambridge for the first time since 1993.

With star players like junior defenseman Patrick McNally and sophomore center Sean Malone sidelined, the Crimson will be counting on Vesey more than ever to deliver, and his recent play suggests that he is up to the challenge. NHL aspirations aside, Vesey is focused on the present, and enjoying the journey.

“I think that at the end of the year, I’ll see where I am,” Vesey said. ”But I feel good about where I’m going.”