Hockey's McNally Injured, Out For Regular Season At Least 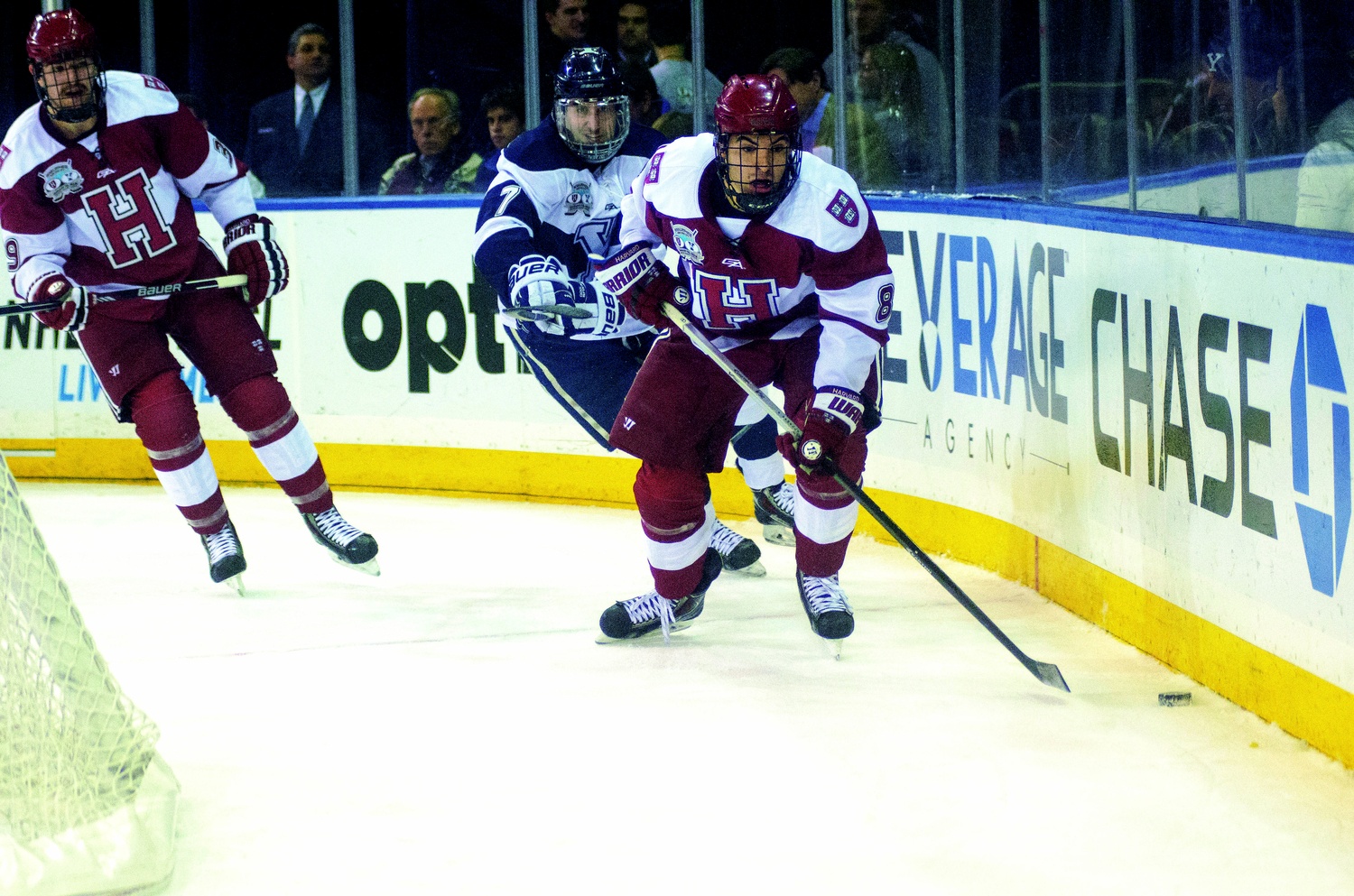 Junior defenseman Patrick McNally confirmed Thursday night that he will not play for the remainder of the regular season. By Sarah P Reid
By Michael D. Ledecky, Crimson Staff Writer

In a major blow to the Harvard men’s ice hockey team, top defenseman Patrick McNally ’15-16 confirmed Thursday night that he will not play for the rest of the regular season after sustaining a lower body injury during a game last week.

“I will be out for probably the remainder of the season, but there is a chance that I could be back for the [ECAC Hockey] playoffs,” McNally said on Thursday night.

Currently ranked fourth in the nation, Harvard will compete in the ECAC Tournament in March and is on pace to qualify for the NCAA Tournament. 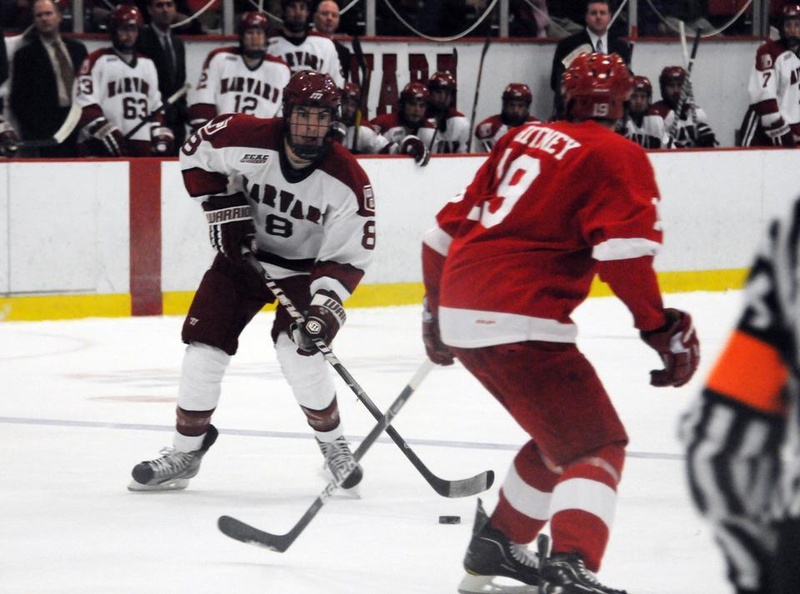 By Audrey I Anderson

In an away game against Cornell last Friday, McNally limped off the ice with the help of a trainer after making incidental contact with a Cornell player near the Harvard goal.

“When my left leg went up in the air, I didn’t really have anything else to support it other than my right leg, which kind of buckled underneath me,” McNally said.

McNally declined to disclose the precise nature of the injury, but if any of his knee ligaments are damaged or torn, he could face several months of rehabilitation.

That could mean the end of McNally’s collegiate career. The Long Island native currently ranks second among all NCAA Division I defensemen in points per game. An academic junior playing in his fourth season with the Crimson, McNally will not know whether he will be eligible to play next season before the end of this academic year.

McNally said Thursday that he is currently focused on rehabilitation and does not know his eligibility status beyond this year.

After finishing at the bottom of its conference the last two seasons, Harvard has been resurgent this year. The team is currently second in the ECAC standings and is tied for third in the national PairWise rankings, which are a strong predictor of selection to the NCAA Tournament.

McNally, a draft pick of the NHL’s Vancouver Canucks, has played a critical role in that success with a breakout year, logging major minutes while scoring more than three times as many points (16) as the next highest-scoring defenseman on the Crimson roster.

The loss has immediate implications for Harvard’s hopes to win its first Beanpot—an annual tournament between Harvard, Boston College, Boston University, and Northeastern which begins this Monday at TD Garden—since 1993. It also hurts Harvard’s chances for a postseason run and a national title shot.

“‘Devastating’ I guess is the first word that comes to mind,” said Joshua Kummins, a writer for SB Nation College Hockey.

“Pat McNally did everything for Harvard from that blue line,” Seguin said. “He gave them goals; he was really having a resurgent season. It will be a tough loss, but I think Harvard has enough depth to get by, to get through it.”

—Staff writer Jake Meagher contributed to the reporting of this story.