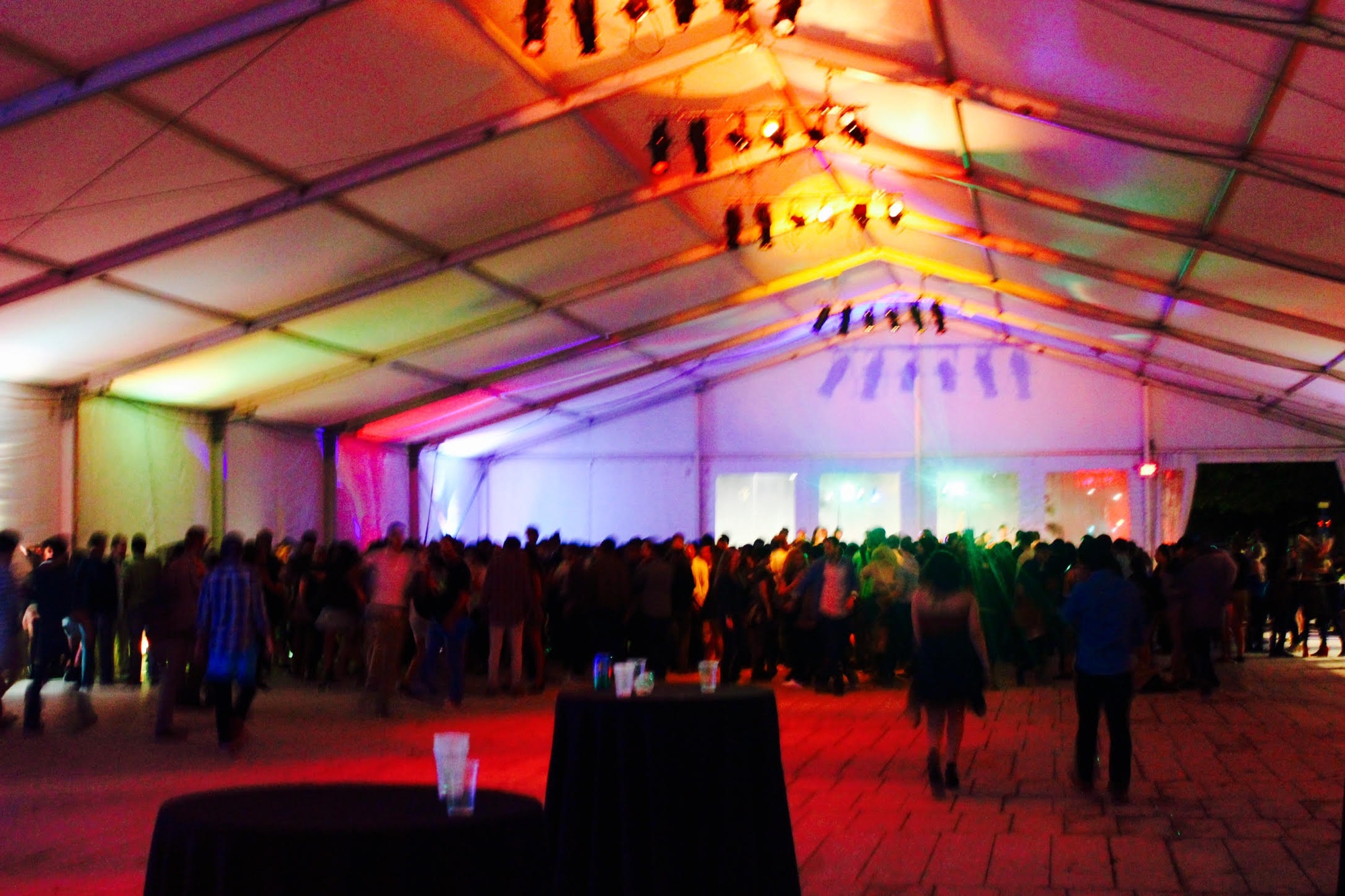 Harvard College women’s groups came together Friday evening in the Science Center Plaza to host a social event, dubbed the “[BLANK] Party” and free to all undergraduates, in hopes of fostering a “more inclusive, open social scene,” its organizers said.

“We really wanted to have an on-campus, open party where everyone felt they could own that space and see all of their friends,” said Madeline C. Hung ’16, one of the event’s student coordinators.

In publicizing the event, organizers deliberately decided to omit names of specific collaborating student groups to maintain their “shared identity as women’s groups” and “send the message that this is a party organized by female identified students for all students,” according to the event’s Facebook page.

Avni Nahar ’17, another student coordinator, said a group of about 10 women were directly involved in steering the event. Nahar added that while eight women’s groups ended up helping plan the event, an additional eight groups helped with less hands-on tasks such as publicizing.

The party was geared toward all class years, although coordinators expected mostly freshmen to attend given the event’s proximity to Harvard Yard, which houses the majority of Harvard’s freshman dorms.

Alcohol was not provided at the event.

“Because it’s a new event, we felt that providing alcohol would be one more thing we have to worry about,” Hung said, adding that extra fees for medical staff and security would have contributed to the event’s cost.

Approximately 1,500 students cycled through the party over the course of the night, according to Hung.

Hajar El Fatihi ’16, also a student coordinator, said the event was “absolutely” a success as it provided an open social space for all Harvard students, regardless of group affiliation or background.

The party was funded in part by Harvard’s Undergraduate Council, the College Events Board, the Freshman Dean’s Office, Drug and Alcohol Peer Advisors, the Office of Student Life, and the Office of the Dean of the College.