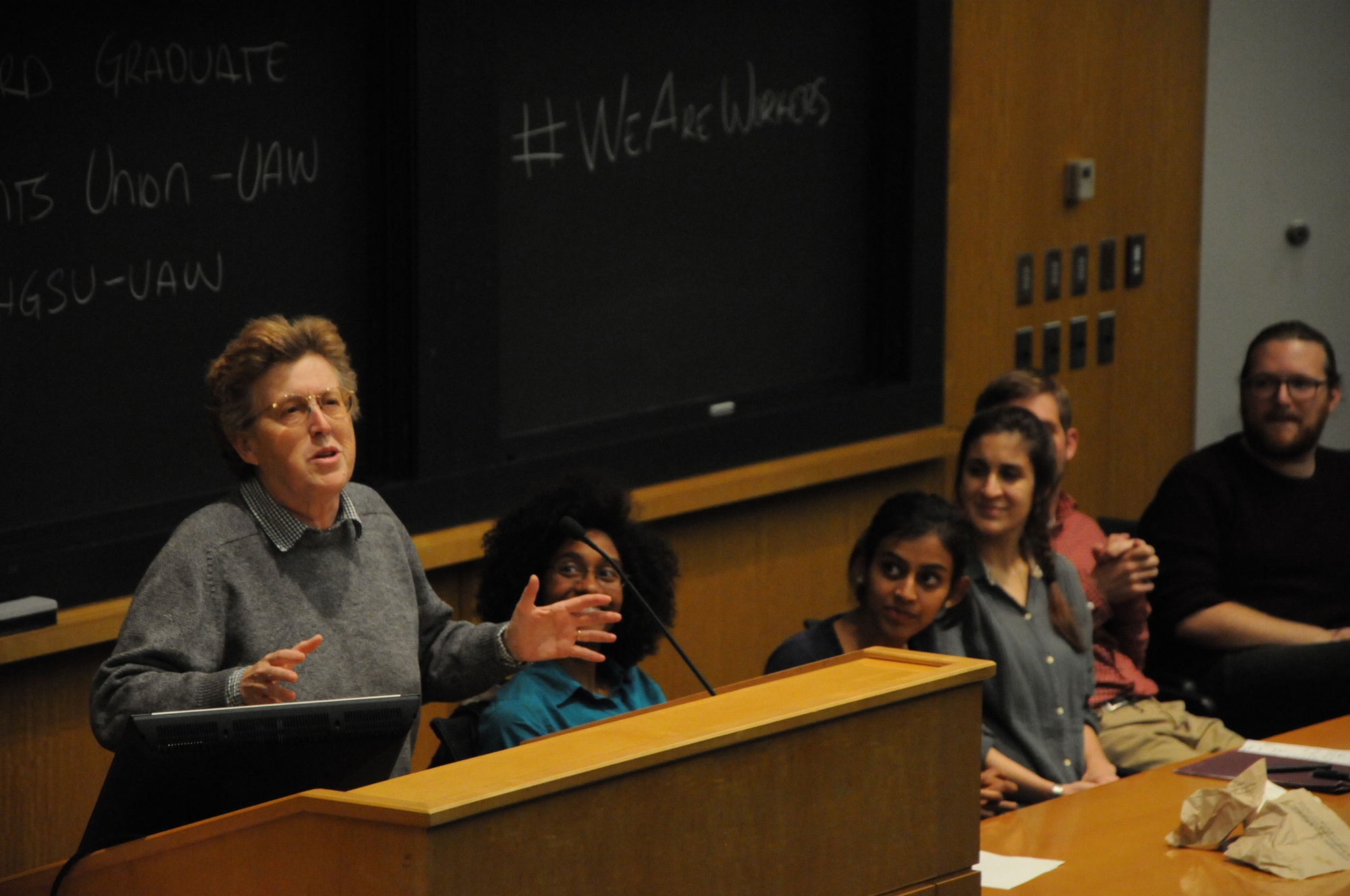 Gathering under the banner of “We are Workers” Thursday, graduate students continued to voice their intent to unionize even as Harvard officials stand strong in their opposition to what University President Drew G. Faust has said would change “a mentoring relationship between faculty and students into a labor relationship.”

A panel of Graduate School of Arts and Sciences students who are part of the movement explained their motivations for seeking to unionize and create a bargaining unit. Some of their concerns included late paychecks, uncertainty in teaching positions, a lack of grievance procedures, and health and family benefits they say are unaffordable. 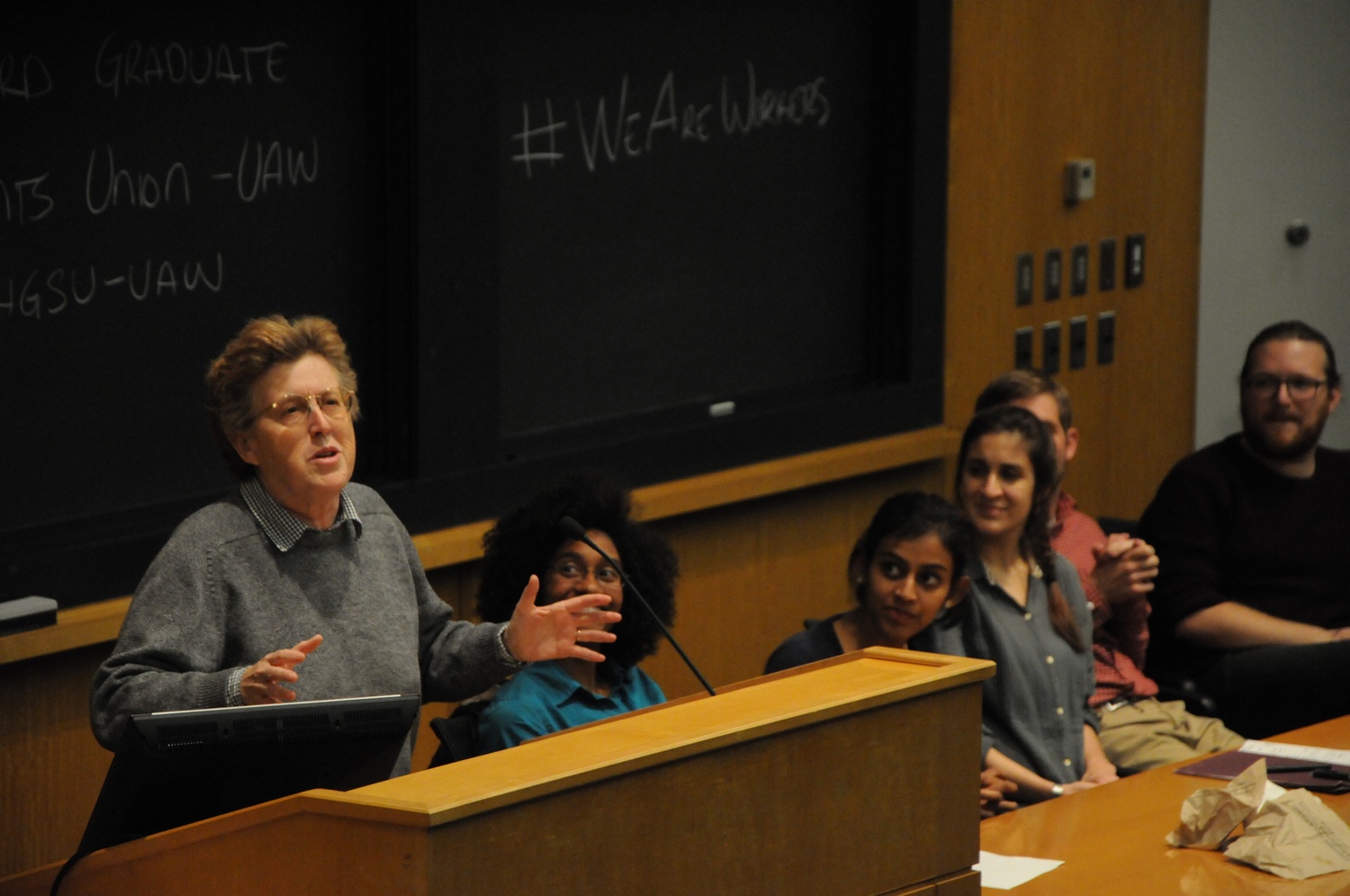 Dr. Elaine Bernard, executive director of the Labor and Worklife Program at Harvard Law School, argues for unionization. The Graduate Student Union hosted Harvard and community speakers as part of the We Are Workers: National Graduate Worker Day of Action. By Tim C. Devine

Members also shared the progress the movement has seen since they went public with their effort last April. More recently, the movement partnered with the United Auto Workers Union, which has helped the group as it looks to recruit new members.

Using pledge cards to gather supporters, the movement organizers are bringing in hundreds of GSAS students each week, according to John M. Nicoludis, a Chemistry graduate student. At that pace, the group is “working towards” getting signatures from 67 percent of GSAS students, said Andrew B. Donnelly, a graduate student in the English Department and a panelist at the event.

But despite optimism about their progress, attendees Thursday focused on the root issues that they say first prompted them to act.

Another major complaint raised at the event was a lack of affordable health insurance, both for individuals and for families.

Cristina V. Groeger ’08, a GSAS student, read aloud a letter written by Kirsten Y. Wesselhoeft, who was not at the event, expressing her frustration with the costs of affording medical care for her children.

Julie Kushner, the director of United Auto Workers Union region 9A, argued that the unionization movement is a necessary step to change graduate student working conditions across the United States.

“What we can do here tonight is really project that this is a bigger movement,” Kushner said. “There are thousands and thousands of workers in the same positions that you are that already enjoy the benefits of a union contract, and what we can do is become part of the movement.”