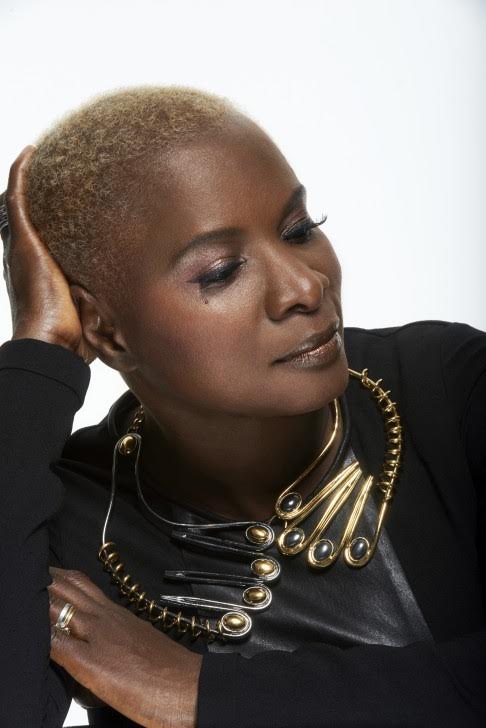 The Grammy Award-winning singer and activist Angélique Kidjo is one of the most influential figures in African music. By Courtesy of Gaia Michelangelo Copia
By Victoria E. Sanchez, Contributing Writer

Angélique Kidjo, a Grammy Award-winning singer-songwriter and activist from Benin, is considered one of the most iconic and influential figures in African music. From Nov. 17-18, Kidjo will come to Harvard to perform, lecture, and hold a master class as part of the Learning From Performers program through the Office for the Arts. Prior to her visit, she spoke with The Crimson about her music, her background, and what she most anticipates from Harvard.

The Harvard Crimson: Which of the various cultures you have been exposed to influences you the most in your music, and why do you draw from it?

Angélique Kidjo: The traditional music from my country. And why I draw from it: because every music comes from home. When I was growing up, I was the youngest girl in the family. My brothers were 10, eight, seven years older than me. So there was a generation gap, but that generation gap came to my benefit, because I discovered the music that they were listening to.

THC: How does your activism as a UNICEF Goodwill Ambassador influence your view of the world and your approach to your art?

AK: At the end of the day, art is the largest resource for the people to turn to; otherwise, they lose their mind. I don’t see this world without music. If there’s no music, then I’ll go crazy. But that being said, there’s a lot of hope there, because people don’t give up…. Every single person is able to transform someone’s life, and their own life…. We have to be active. Music is the one thing that helps people really see their own potential and really spread their wings to become the change they want to see, the world they want to live in.

THC: Do you consider yourself a musician or social activist first?

AK: First of all, I consider myself as a human being, then as a woman, and then as an African, then as an artist and advocate at the same time. Both go hand in hand, pretty much. Because coming from an oral society, where your history is not written... you become a storyteller. Because that’s how you learn to know who you are, and that’s how you learn to become the witness of the lives of your people, of the world.... Singing has always been about giving voice to the ones that have no voice... Music is a powerful tool of peace. That’s one thing that I understand the most.

THC: You speak four different languages, and in some of your songs you seem to make up your own sort of language. How do you choose what language to sing in?

AK: I don’t choose any language. It comes to me, and I wish like any other singer/songwriter or any writer to understand the process of inspiration. It’s something that you don’t have control over. It comes or it doesn’t come. Sometimes you have things up inside of you and you don’t know where to start. And then sometimes you start writing and you don’t know where it comes from…. I’m inspired, the thing comes, the song comes, whatever comes—which language comes of it, that’s what I follow. I don’t even question it. Sometimes I…ask myself, “Well, why this language and not the other?” And I just walk away, because if I try another language it might not work…. When the inspiration comes with sounds that doesn’t exist in any language, I just put [them] there, and…it brings a subject to the table. And I touch that subject in the way that the sound comes to me.

THC: During your visit to Harvard, what do you hope to take from your interactions with the students?