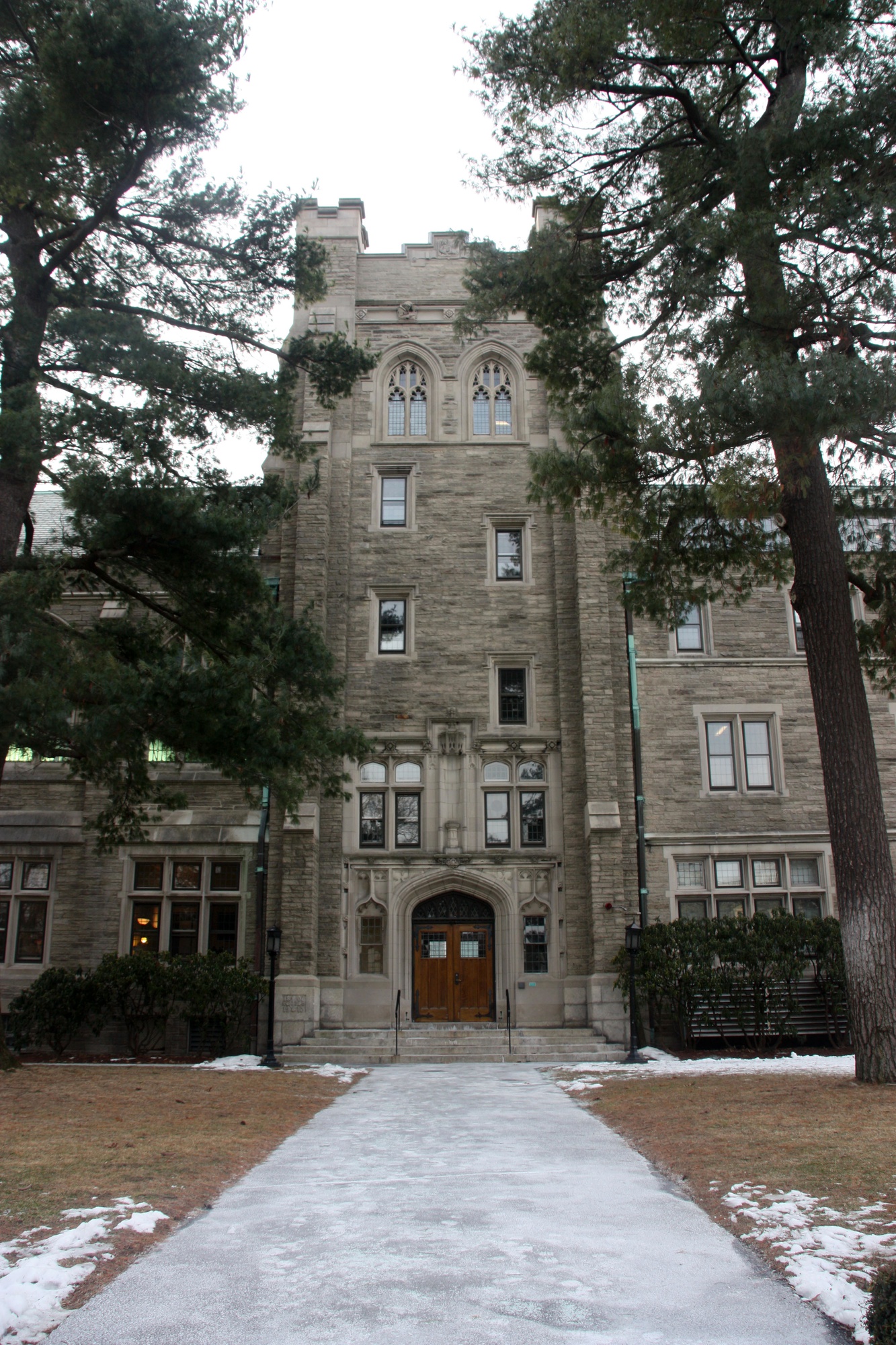 The Harvard Divinity School's first online course is running this term through HarvardX. The course on Paul's letters has already attracted over 28,000 students.
By Michael S. Avi-Yonah, Crimson Staff Writer

Harvard Divinity School eked past the halfway point of its portion of the University’s $6.5 billion capital campaign by June 30, raising just more than $25 million toward its $50 million goal, according to Lauren E. Wilson, the Divinity School’s associate director for campaign and donor relations. 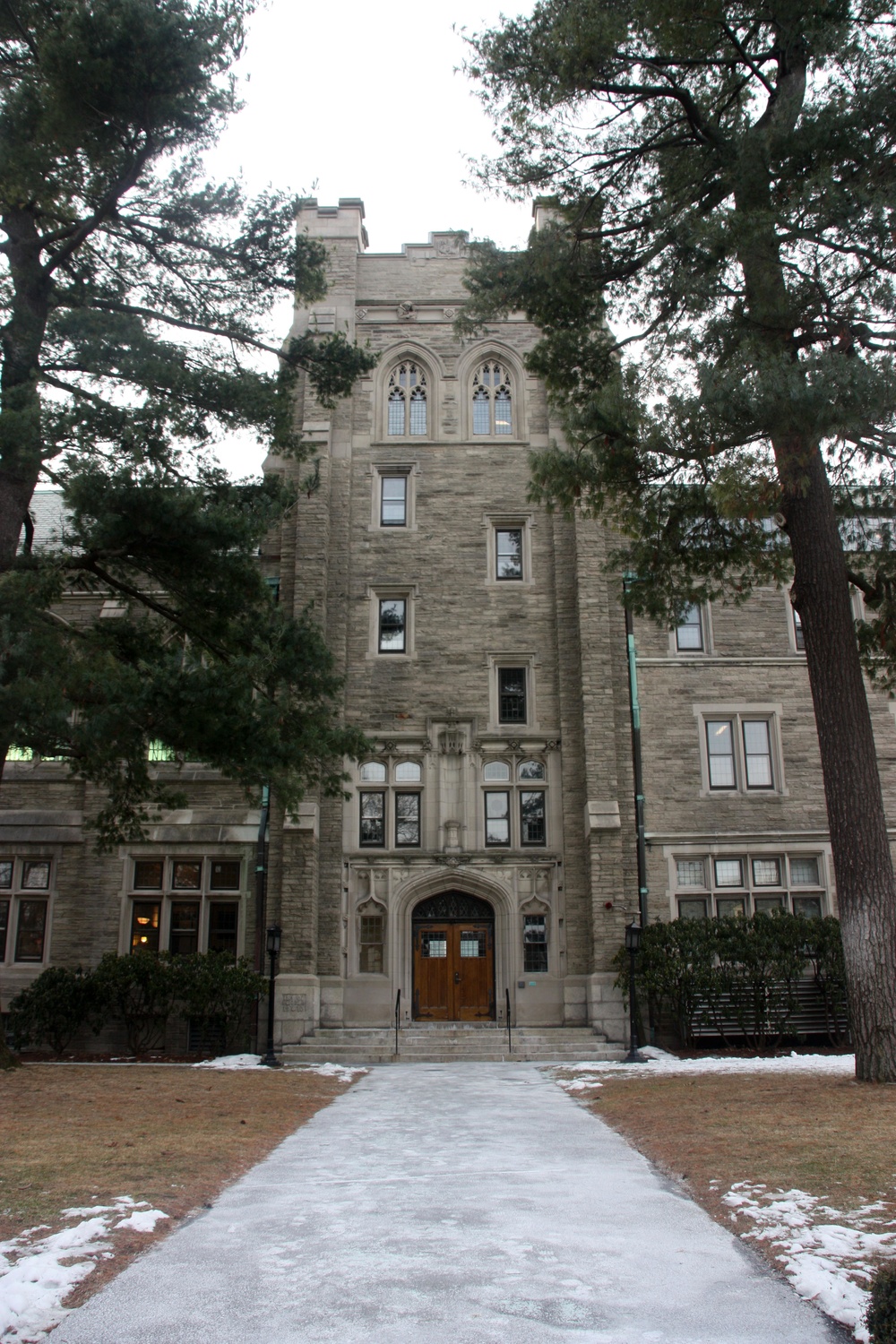 “We’re going to refocus our energies on the aspects of the campaign that haven’t entirely met the aspirations that we had for them,” she said, specifically mentioning fundraising efforts at the the Divinity School, the Graduate School of Education, and Harvard Medical School.

For her part, Wilson said she feels that Harvard as a whole has supported the Divinity School in its fundraising efforts.

“I think that given the president’s commitment to and interest in the humanities, she’s been very helpful in the campaign,” said Hannah Peters, the Divinity School’sassociate dean of development and external relations.

Despite its progress, the Divinity School still lags behind other schools at the University in fundraising for the campaign. Harvard Medical School reached more than 60 percent of its goal, and the Graduate School of Education had its most successful fundraising year ever, raising $177 million, nearly 71 percent of its $250 million campaign, as of Sept. 30.

Harvard Law School had already raised almost 80 percent of its goal when it publicly launched its part of the drive last week. Overall, Harvard has raised $6.1 billion, moving even closer to its public target of $6.5 billion.

The Divinity School’s relatively slower progress could stem from its smaller alumni base and the number of graduates in financially lucrative positions compared to those from other schools like the Law School or Business School.

Wilson said the Divinity School’s campaign has received donations from its own alumni, alumni of other Harvard schools, and non-Harvard graduates.

“We’re very pleased with the progress so far. The money is really going where it’s needed most,” she said.

The campaign will support a number of goals, including financial aid, which 90 percent of Divinity School students receive, Wilson said. She added that 18 percent of campaign contributions have supported financial aid, and about another 50 percent have gone toward faculty development, including funding research and establishing professorships in fields such as contemporary Jewish studies and African-American religious studies.

Academic programs have received 13 percent of contributions, bolstering and spurring the inception of several endeavors like the the Buddhist Ministry Initiative, a program that trains Buddhist ministers, funded by a $2.7 million donation from the Robert H.N. Ho Family Foundation.

As it moves forward, the school aims to focus on upgrading its 100-year-old facilities in Andover Hall, a priority since the campaign’s launch, Peters said.

“Like the University, the school has an aging infrastructure. The building was designed 100 years ago when teaching and learning were done in very different ways,” Peters said. “Part of it is just basic and significant infrastructure updating, and part of it is changing the building so it can reflect the way people teach and learn in the 21st century.”

Harvard’s capital campaign is scheduled to conclude in 2018.

An earlier version of this article misattributed a quotation from Hannah Peters to Lauren E. Wilson.