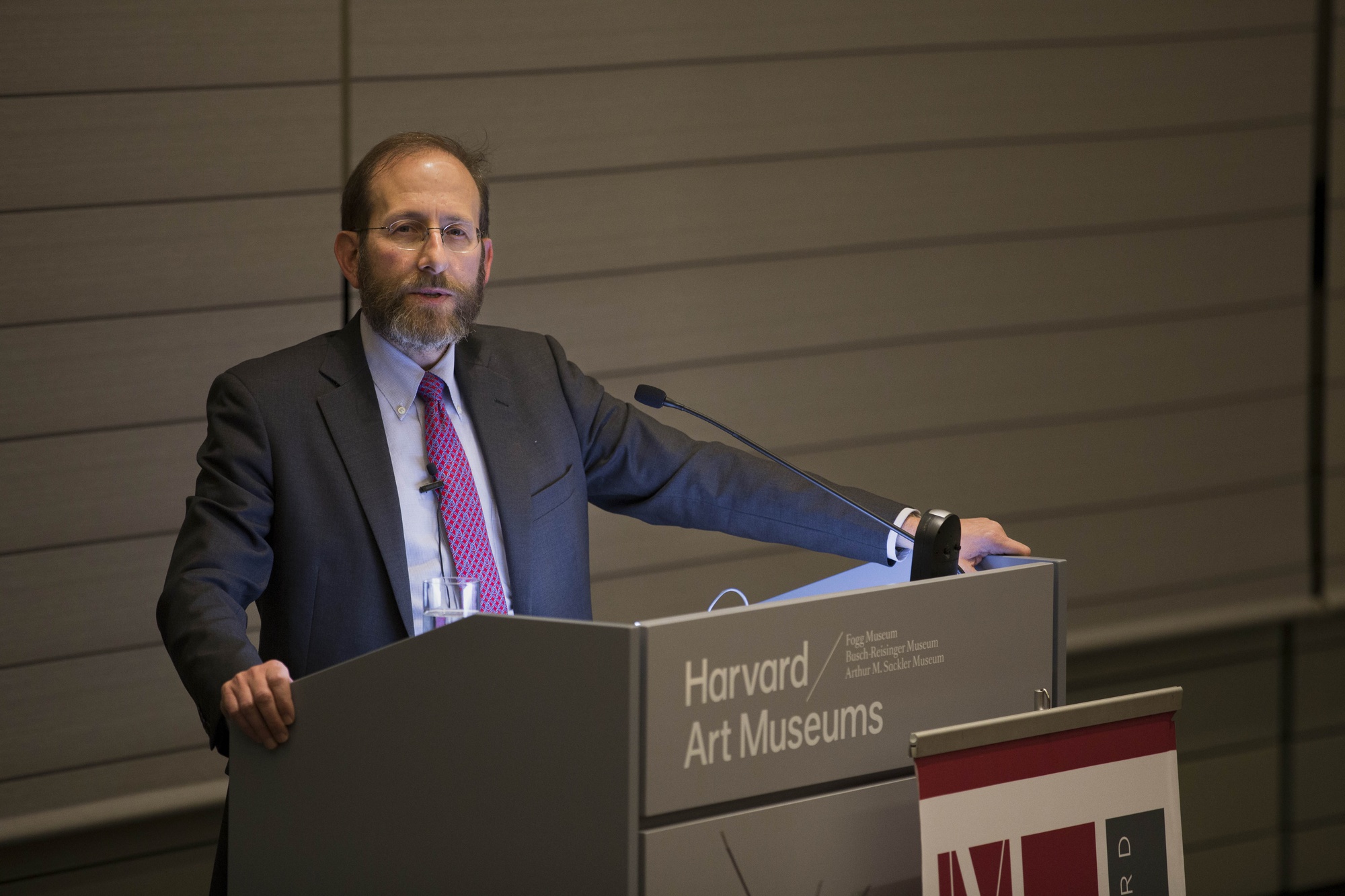 University Provost Alan M. Garber ’76 speaks about the relevance of disciplines in academia during his 2015 provostial lecture, “Why Disciplines Persist” on Nov. 10. By Madeline R. Lear
By Menaka V. Narayanan, Contributing Writer

Titled “Why Disciplines Persist,” the lecture followed an eight-year hiatus after the first Provostial Lecture, given by former University Provost Steven E. Hyman, a professor of stem cell and regenerative biology, on “Compulsion and the Brain: Subverting the Concept of Self Control.” 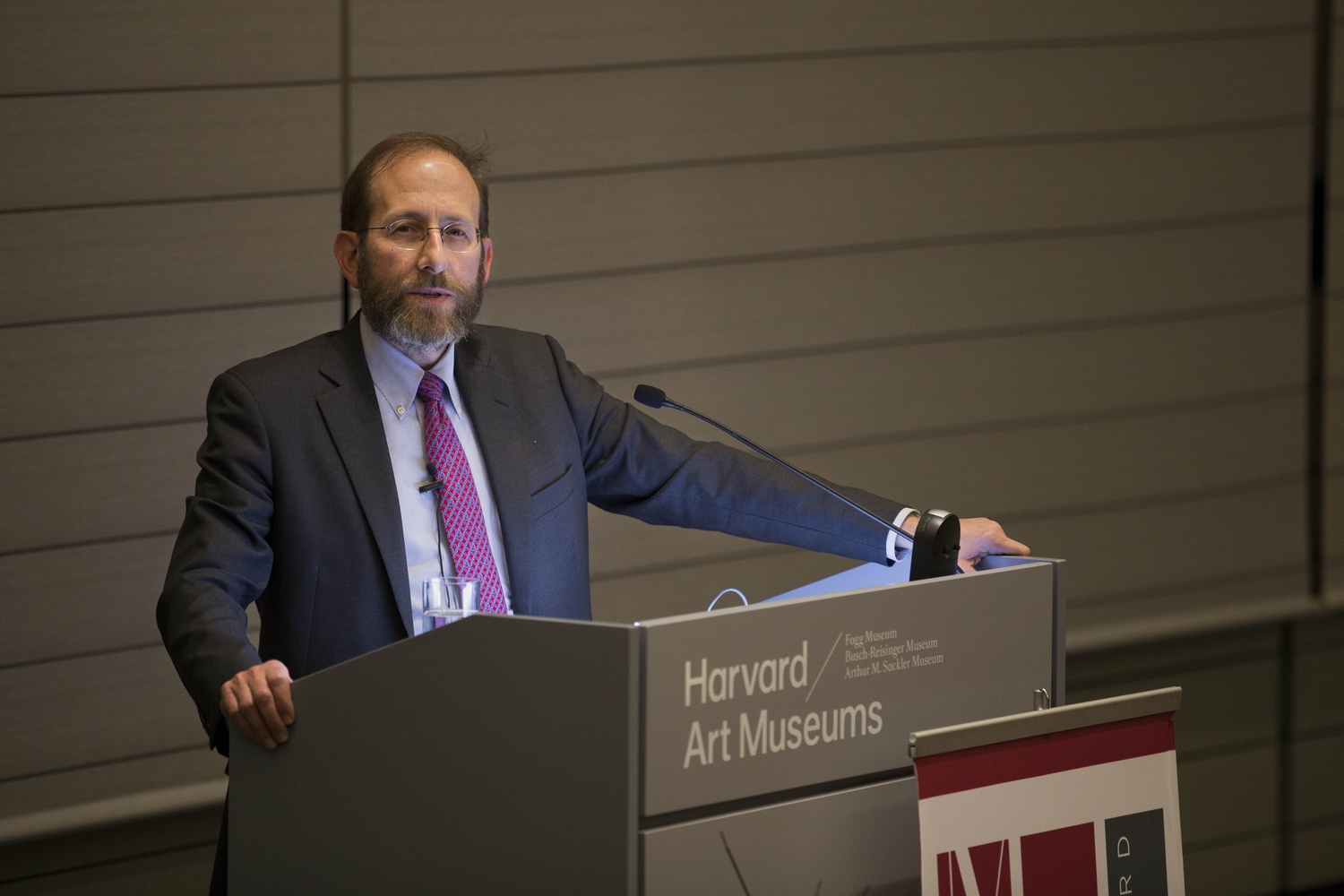 University Provost Alan M. Garber ’76 speaks about the relevance of disciplines in academia during his 2015 provostial lecture, “Why Disciplines Persist” on Nov. 10. By Madeline R. Lear

Garber spoke of the importance of academic disciplines in a liberal arts education, while also acknowledging the challenges they can face.

“Even broad, liberal arts educations require instruction grounded in disciplines,” Garber said. “Any discipline faces challenges. The challenges can be unsettling, but they’re necessary, ensuring that discipline does not become dogma.”

Garber described an ideal graduate school education as T-shaped, with deep knowledge in one field and broad knowledge in all fields.

“Our current discussions about both undergraduate and graduate education have reinforced the widespread view that our students should be educated both widely and deeply,” Garber said.

Garber added that disciplines can adapt to changing trends to enable them to stay relevant in society.

“[Disciplines] take in new ideas, they grow, they are pruned,” Garber said. “The changes in some fields in recent years are dramatic.”

Garber referred to recent changes in the life sciences at Harvard, the incorporation of genetics and computation into many disciplines, and the adoption of gender analysis into social sciences and humanities classes as examples of disciplines evolving.

Garber recounted his personal experience as a Harvard undergraduate and said that while he originally intended to concentrate in biochemical sciences, he took the introductory course Economics 10 and developed a new interest that would follow him to graduate school.

Although advised by a professor not to pursue both a Ph.D. in Economics and an M.D. because “the opportunity cost would be high,” Garber said, he ultimately obtained both degrees. 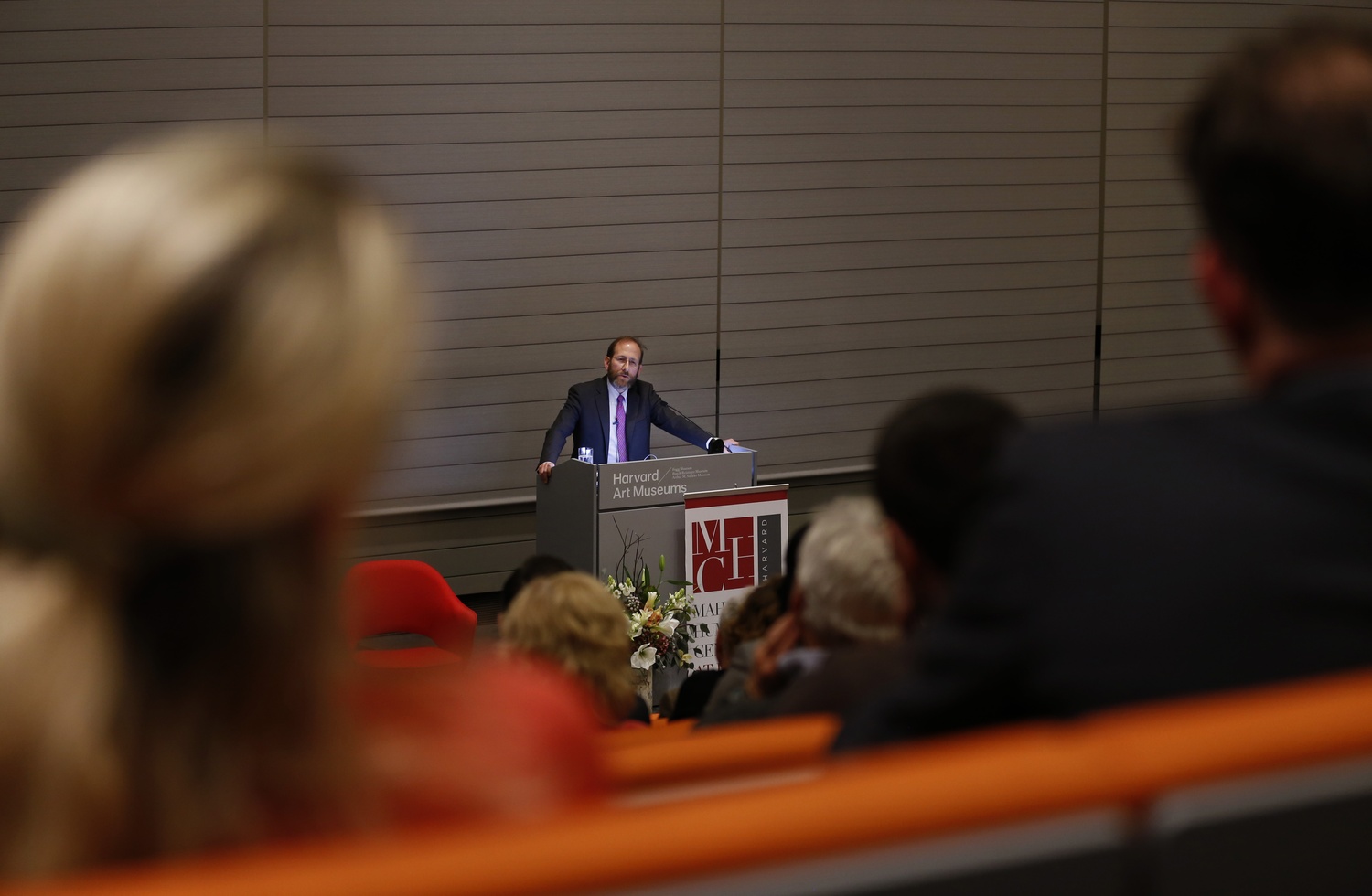 University Provost Alan M. Garber ’76 speaks about the relevance of disciplines in academia during his 2015 provostial lecture, “Why Disciplines Persist” on Nov. 10. By Madeline R. Lear

“By falling into a discipline, I became part of a tradition,” Garber said.

In the question-and-answer session, a lecture attendee raised concerns about what he perceived as excess compartmentalization due to academic disciplines. Garber responded by acknowledging the imperfections of the system, but said that the benefits outweighed the costs.

For his part, lecture attendee Stephen H. Elliott, a graduate of Harvard Business School, also questioned the value of strict academic disciplines. Elliott said knowing various fields of knowledge was important, and achieving breadth would be more difficult in a system of very structured disciplines.

“When I came to try and study academically, it was impossible,” Elliott said, “I didn’t know what department I belonged in, I really don’t know where I should have gone.”