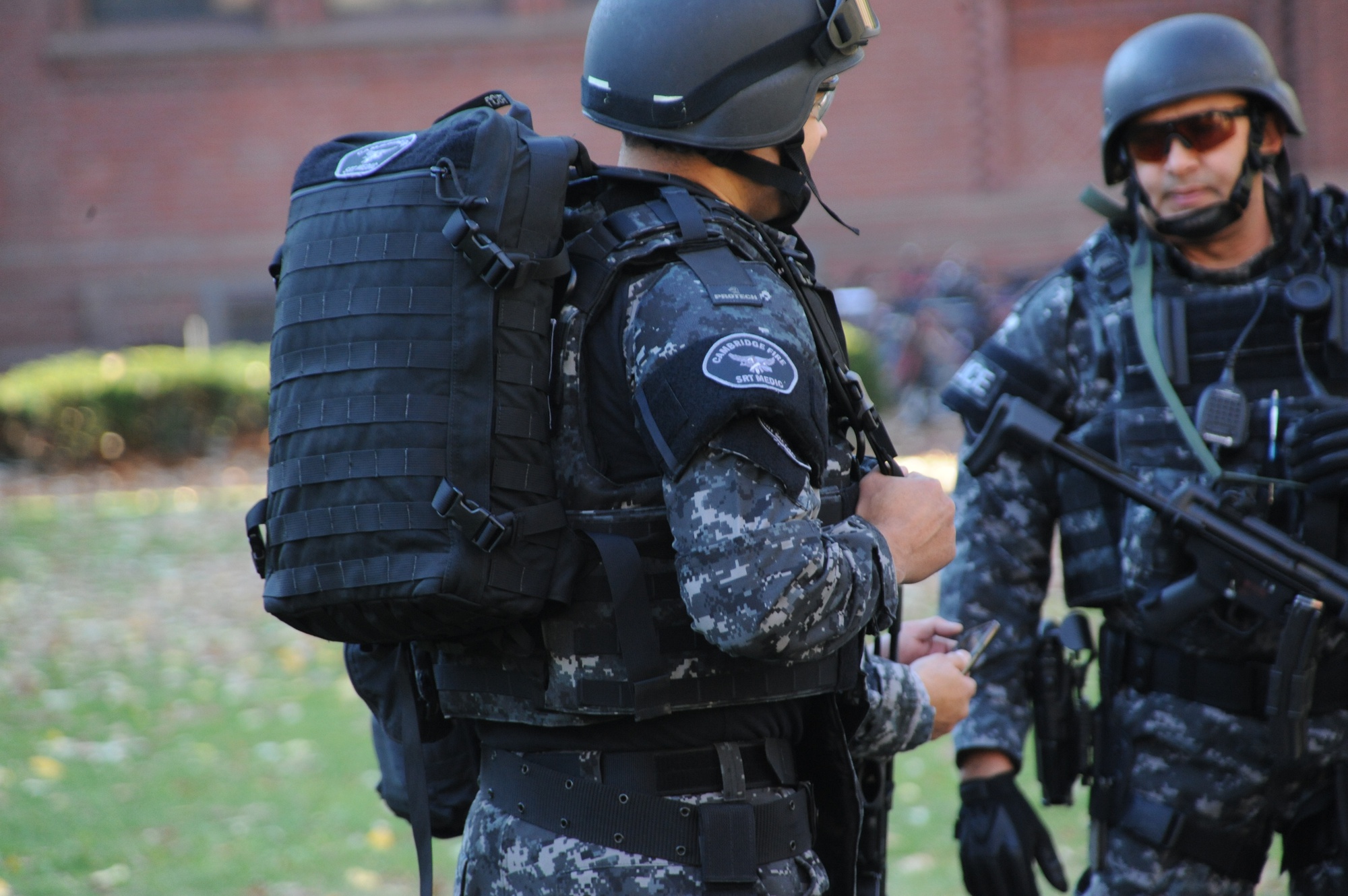 Members of the Cambridge Police Special Response Team (SRT) converge outside of Sever Hall Monday afternoon. The building was one of many evacuated during the the bomb threat.
By Andrew M. Duehren, Crimson Staff Writer

Police have not identified the source of an unfounded bomb threat that disrupted Harvard’s campus on Monday.

The investigation into the source of the emailed bomb threat on campus Monday is “active and ongoing,” according to Harvard University Police Department spokesperson Steven G. Catalano. He declined to comment further on the origin of the threat. 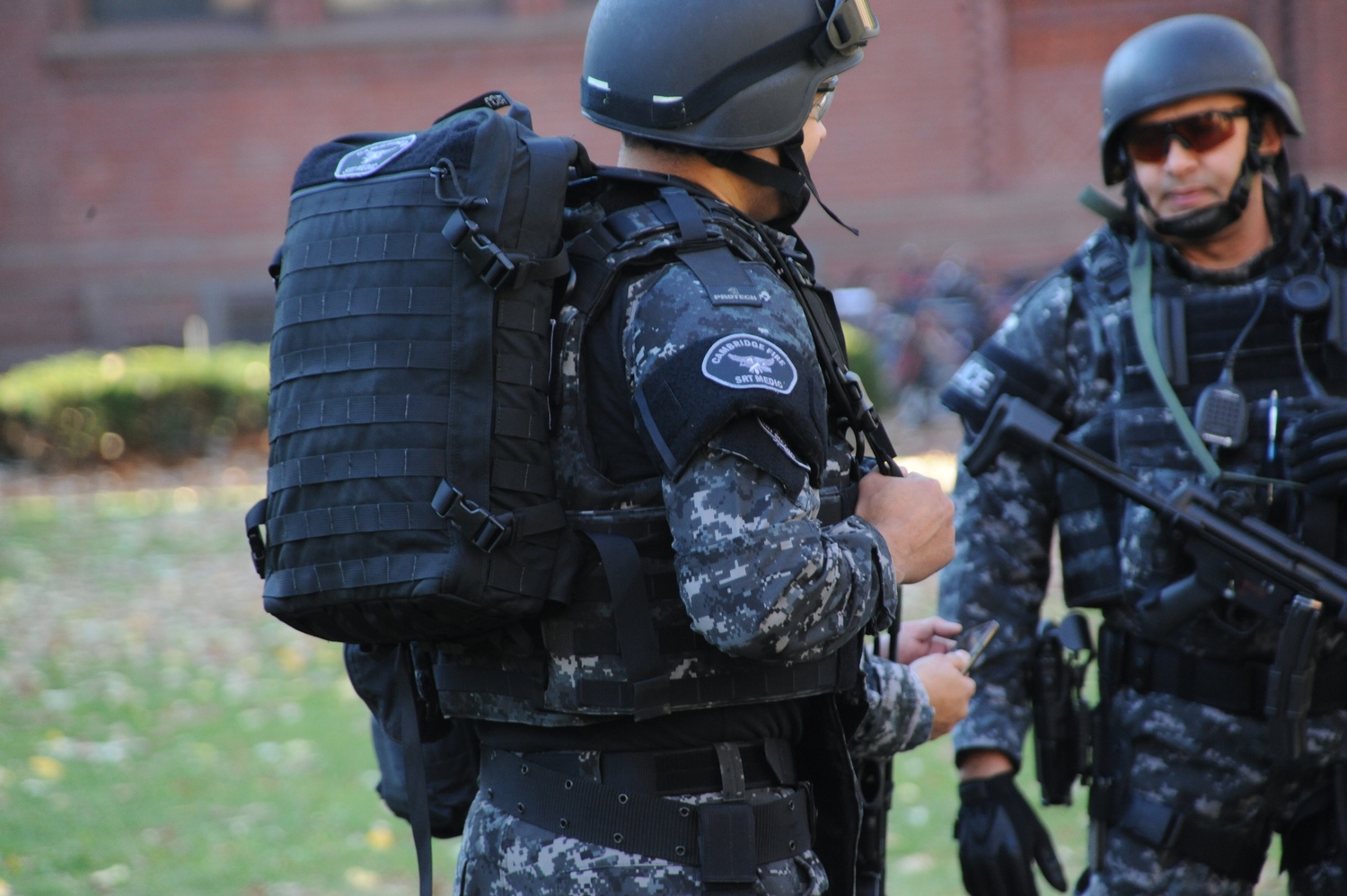 On Monday afternoon, the Science Center, Emerson, Sever, and Thayer Halls were evacuated after HUPD received a report of a bomb threat. Local and federal law enforcement officials descended on Harvard Yard and conducted a five-hour search of the four buildings. By 5:30 p.m., police deemed the locations safe.

The evacuations prompted class cancellations and postponements. Additionally, Undergraduate Council Rules Committee Chair Brett M. Biebelberg ’16 extended the voting window for this week’s UC election by nine hours to accommodate for complications caused by the bomb threat and an issue with the online voting interface. Voting will now close on Thursday at 9 p.m.

In 2013, local and federal law enforcement investigated a similarly unfounded bomb threat in the same four campus buildings. Police traced the emailed threat to Eldo Kim, formerly a member of the College’s Class of 2016, who admitted he had made the threat so he would not have to take a final exam. Kim was later charged and entered a pretrial diversion program.

Both the recency of Kim’s fraudulent threat and fatal attacks in Paris and Beirut last week made Monday’s threat all the more eerie for some students.

According to Catalano, a report of “suspicious activity” at the Science Center at 10:33 a.m. on Monday was unrelated to the bomb threats.

—Staff writer Jalin P. Cunningham contributed to the reporting of this story.