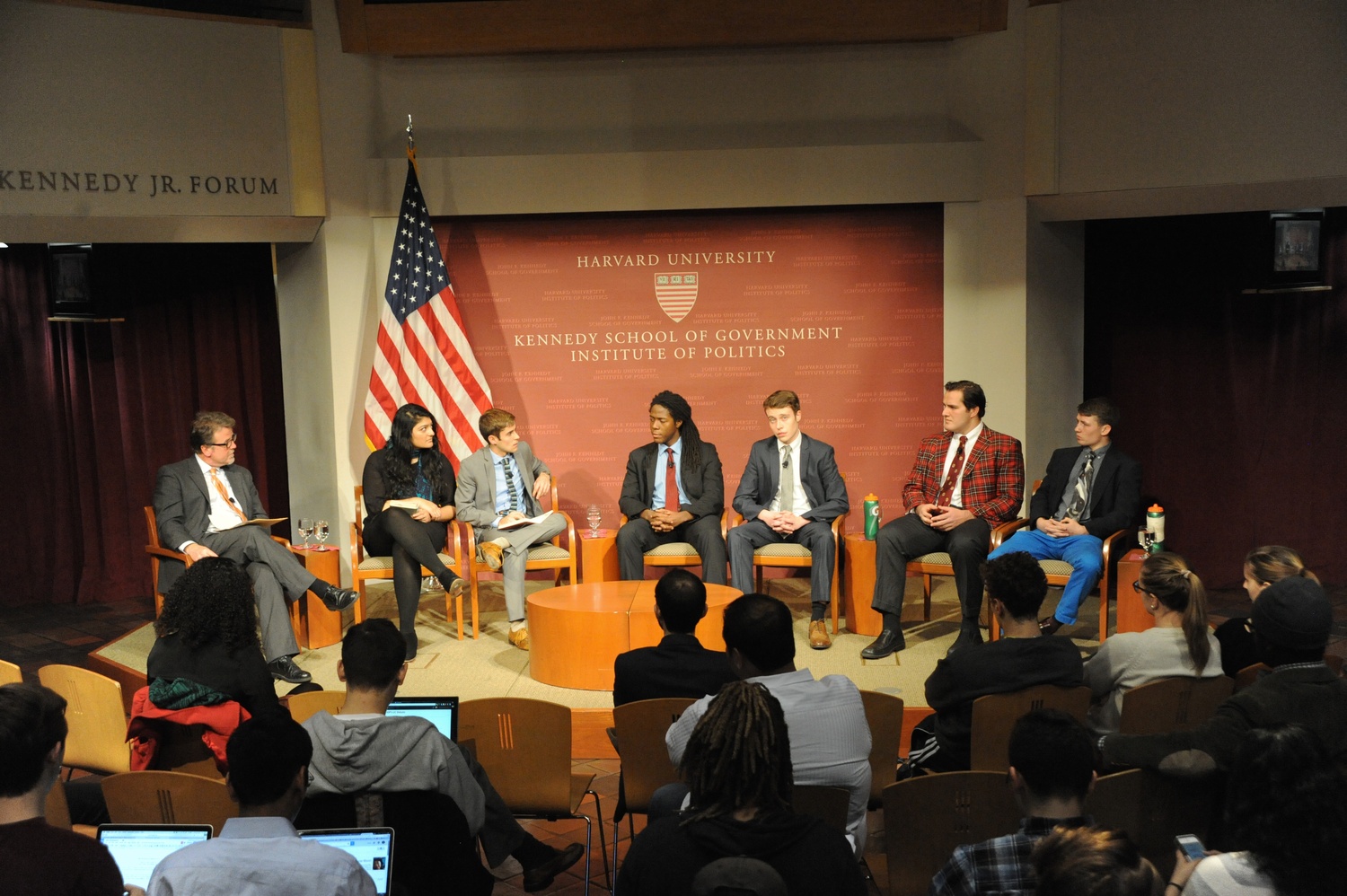 Debating at the Institute of Politics on Tuesday, candidates in the Undergraduate Council’s ongoing presidential election weighed in on recent debates about race relations at peer schools and the role of Harvard’s final clubs on campus.

Protests in response to allegations of racism have sprung up in recent weeks on other college campuses, including the University of Missouri and Yale, prompting debate about the experiences of students of color there as well as about the freedom of speech.

Harvard students have weighed in on those discussions in person and on social media. On Tuesday at the IOP, the UC’s Rules Committee chair, Brett M. Biebelberg ’16, asked candidates for their opinions on a central theme of the conversations at both Yale and Mizzou: the balance between maintaining free speech and preserving the notion of a “safe space” on campus.

William A. Greenlaw ’17, who is running for UC president, said people should uphold free speech while still respecting those on all sides of a conflict.

Candidates Nick E. Gajdzik ’16-’17 and Jeffrey M. Ott ’16-’17, meanwhile, said they understand the importance of free speech, but argued that students’ need to feel safe and comfortable in spaces should also be prioritized in sensitive discussions.

At a debate on Saturday co-hosted by The Crimson, each of the three tickets said they would support recognizing single-sex social organizations, even though Harvard does not currently. At Tuesday’s debate, however, each ticket voiced different opinions on how students and administrators alike should discuss and interact with final clubs, the focus of recent administrative scrutiny.

Shaiba Rather ’17 and Daniel V. Banks ’17—who are running for president and vice president, respectively—said they hope to bring final clubs “back into the fold” on campus, arguing that different aspects of the College’s social life have “fractured” the student body. In their campaign platform, the pair urges members of final clubs to provide students with membership demographics, they say to determine whether the College’s diversity is reflected among club members.

Gajdzik and Ott, like they voiced at Saturday’s debate, argued that Harvard has made final clubs a “scapegoat” for what they call its own inability to provide students with safe social spaces on campus. Using strong language, Gajdzik said “the University has been inept” on this front.

“Final clubs have existed on this campus for over 100 years at this point,” Gajdzik said. “They’ve just now become an issue because of the social space issue, because there aren’t social spaces that exist on this campus.”

Greenlaw and running mate William F. Morris IV ’17 said that, if elected, they would work with the final clubs to encourage safer party habits, such as designating a sober member for every club event.

Candidates also discussed to what extent they intend to rely on Harvard administrators to accomplish their goals if they are elected. At both debates this election season, all three tickets lauded current Council leaders, Ava Nasrollahzadeh ’16 and Dhruv P. Goyal ’16 for what they said was their success in interacting with Harvard’s administration.

Unlike their predecessors, Nasrollahzadeh and Goyal have focused their efforts on initiatives, like smart phone applications, that depend less on administrators.

Rather and Banks, emphasizing a belief that “the administration is our biggest ally,” said they need to accomplish goals alongside, rather than against, College and University leadership.

The voting period for this week’s election, already open, will close at 9 p.m. on Thursday. The deadline was extended by nine hours in response to the bomb threat, ultimately deemed unfounded, that prompted an evacuation of four campus buildings on Monday. There was also an issue with the online voting interface.