Bieber Becomes An Adult on 'Purpose' 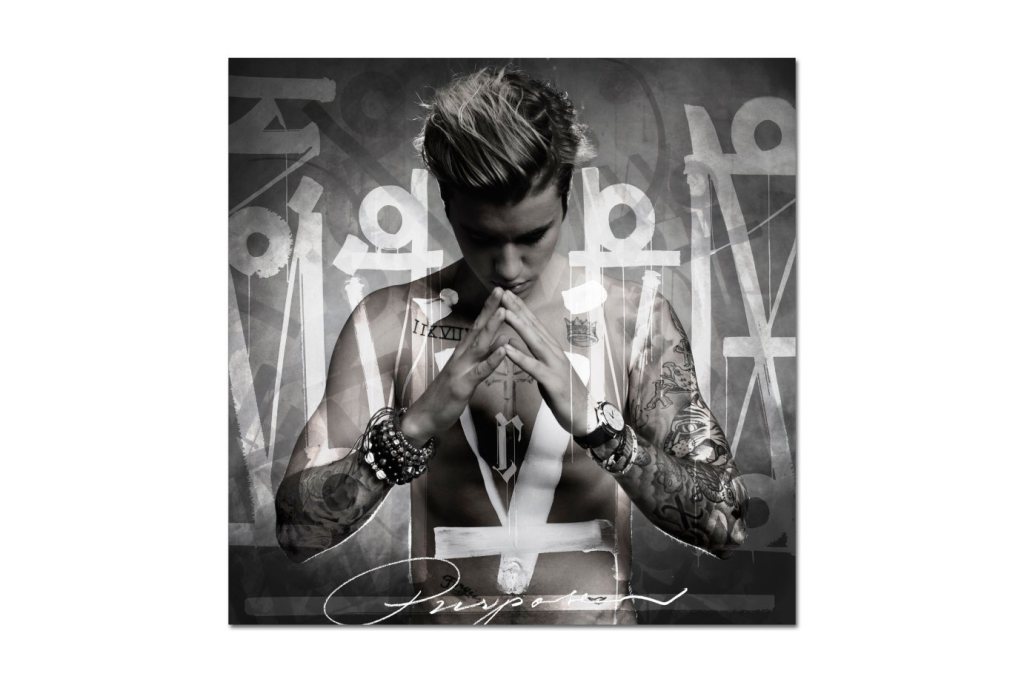 Justin Bieber’s latest album reveals a mature artist who has impressively achieved simultaneous rebirth and continued success. Since Bieber dropped “What Do You Mean” in August, topping charts almost immediately, Beliebers have been waiting with bated breath for the full album. On “Purpose,” the singer appears to be experiencing his own Blue Period of sorts. The 21-year-old sounds uninspired and anguished. But these tortured feelings that seem to leave him broken also serve to produce a more substantive artistic venture.

Like any album released from a megastar (and really, is anyone more mega than Bieber?), the work could not be dropped without fanfare. The album’s religious cover art, which features a shirtless Bieber sporting a cross tattoo and folding his hands in prayer, created controversy across the globe. While the Canadian singer has never been shy about professing the role of Christianity in his life, the religious overtones may seem ironic coming from the singer right now in light of certain recent law-breaking behaviors. His bad boy image of late had been so crystallized, complete with tattoos, earrings, and Draco Malfoy-bleached hair, that Bieber seemed to be dangerously nearing that unrecoverable, Lindsay Lohan-trajectory. But with his latest endeavor, he and his myriad producers pulled off creating a coherent and renewed vision of Bieber’s persona.

To approach “Purpose,” listeners must let go of any nostalgia for the high-pitched refrains of “One Less Lonely Girl.” Even Bieber’s more recent tracks, like “Confident,” sound like bubblegum beats compared to this new, definitively post-adolescent album. “Purpose” infuses more R&B flavor into the star’s tracks. Even the sound of his voice, with convincing consistency, is noticeably altered. In tracks like “What Do You Mean” and “Purpose,” Bieber murmurs, as if he’s barely exerting his vocal cords to emanate noise. Listeners get little of the “Baby”-esque pitch fluctuations. Instead, his voice rolls out in fluid, husky strains.

Featuring collaborations from Skrillex, Diplo, and Halsey, “Purpose” is laced with lots of electronic beats. However, The synthetic sounds don’t detract from Bieber’s textured crooning. Tracks like “What Do You Mean,” “Sorry,” and “Company” give listener pulsing, danceable backings. Alternately, “Love Yourself,” co-written with Ed Sheeran, is a melodic treat—the song’s clean vocals, sharp beats, and beautiful trumpet interlude produce a piece that sounds like nothing else in Bieber’s oeuvre.

Bieber keeps his lyrics pretty simple, but his succinctness serves to add to the tunes’ catchiness, probably best exemplified by the namesake chorus of “What Do You Mean?” Thematically, “Purpose” is fairly focused. In classic Bieber style, much of the album deals with heartache. “Sorry,” the second single released from the album, is fairly emblematic of the album’s apologetic overtones. Copious rumors have naturally circulated that this plotline is suggestive of his failed relationship with Selena Gomez. But Bieber seems somewhat ambivalent about his apologies. In the song “Pressure,” he sounds completely supplicant: “Talking to my conscience I made a few mistakes / I did it to myself I'm the only one to blame.” But in “Sorry,” he adds a caveat: “I'll take every single piece of the blame if you want me to / But you know that there is no innocent one in this game for two.”

Though Bieber’s emotions vary by track, he consistently addresses some sort of relational issue. Sometimes he abandons the remorseful sentiments altogether and sounds downright bitter. In “What Do You Mean?” he is especially outspoken about his frustrations: “You’re overprotective when I’m leaving / Trying to compromise but I can’t win / You want to make a point, but you keep preaching.” In “Love Yourself,” Bieber echoes these accusatory tones: “Cause if you like the way you look that much / Baby you should go and love yourself.”

The success of “Purpose” is undeniable. According to Nielsen data released Monday, the album opened at No. 1 on Billboard charts and has sold more copies than any album so far this year. If Bieber is using the the tracks on “Purpose” to test new waters, he’s clearly found sounds with staying power. He seems to be creating a new genre with the album. The marriage of R&B, pop, and EDM beats successfully leads listeners into untried territory—sometimes bordering on rhythms ranging from Latin to grime. The album certainly wasn’t pulled together sloppily. Bieber worked with blockbuster producer Rick Rubin in addition to a number of collaborations with both established artists, like Big Sean, and lesser known names, like Poo Bear.

“Purpose” works because of Bieber’s amorphous emotions, but it soars most when he’s confident and embracing the swagger that has given him his staying power. He encapsulates his efforts best in “Life is Worth Living”: “From what the world may see / They try to crucify me / I ain’t perfect, won’t deny / My reputation’s on the line / So I’m working on a better me.” The diverse and seductive musical complexity of “Purpose” has emphatically proven Bieber’s mature sounds.