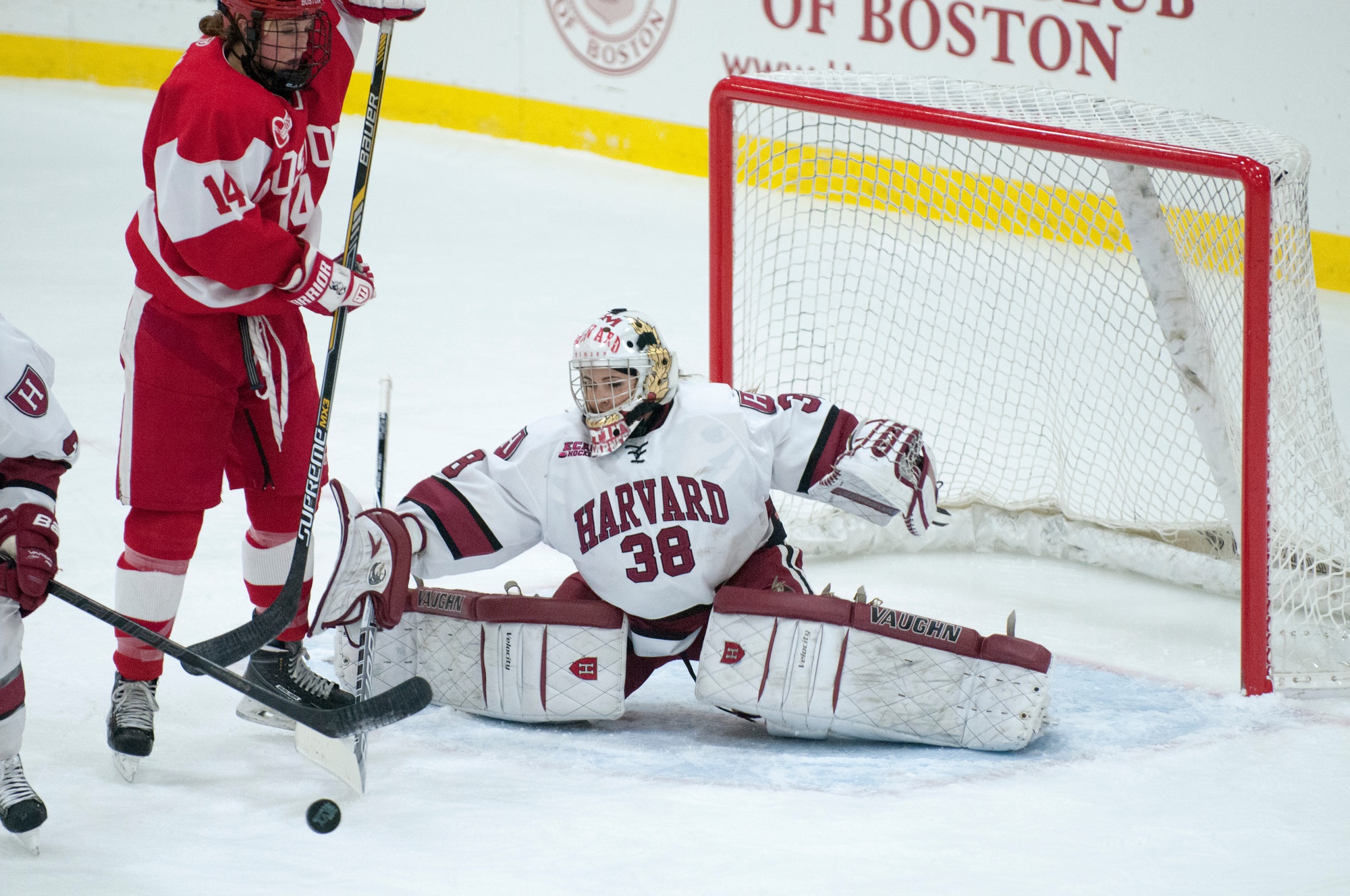 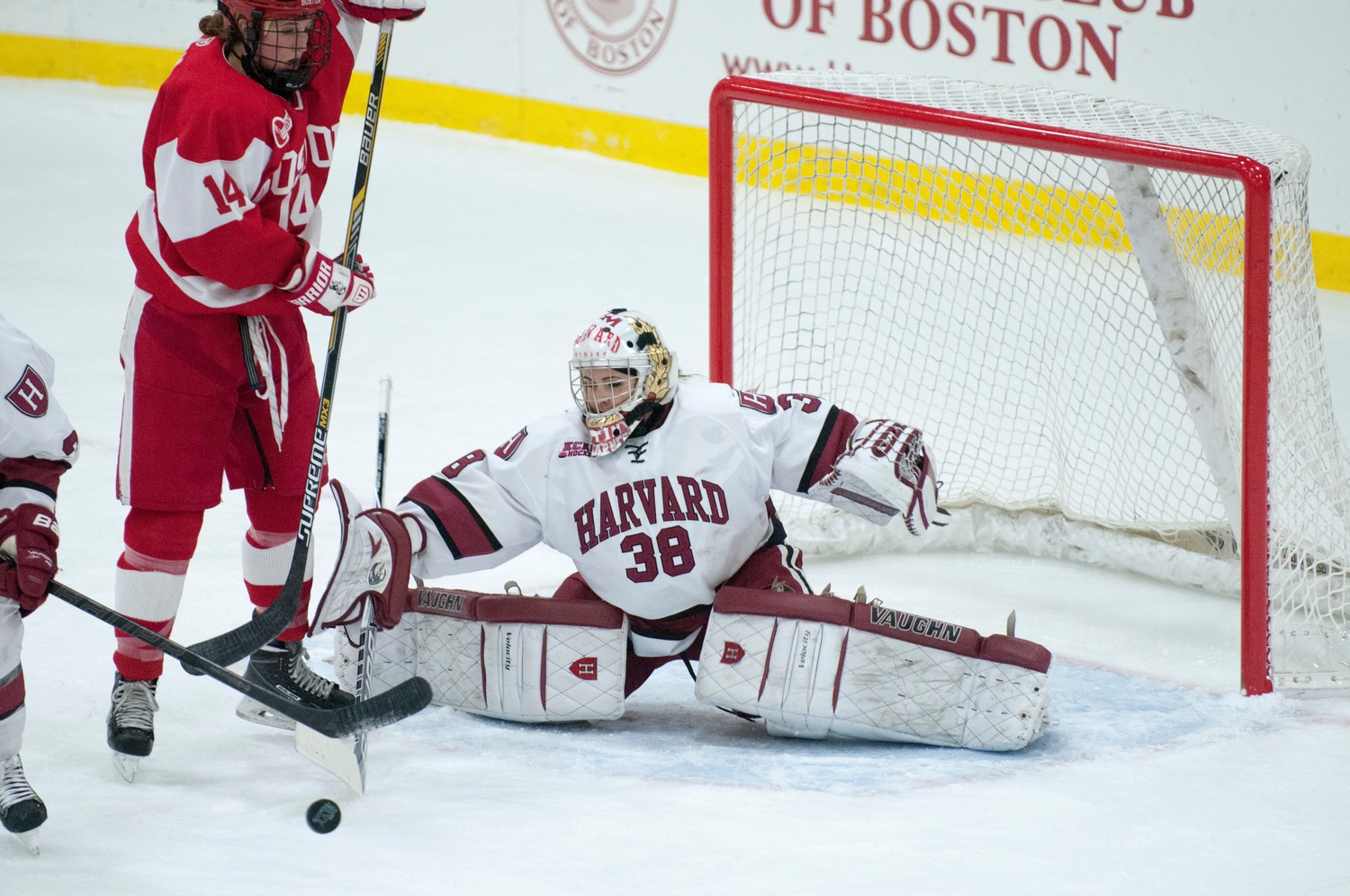 The Harvard women’s ice hockey team has a tradition of winning. Since Katey Stone took over as head coach in 1994, the Crimson has only had three losing seasons. Stone is the all-time wins leader in women’s college hockey and is coming off her fourth runner-up finish in the NCAA tournament with a 4-1 loss to the University of Minnesota in the final.

This season isn’t appearing to buck that trend. After losing the first game of the season, the Crimson (6-1-1, 5-1-1 ECAC) has not dropped a contest. Harvard is undefeated at home, with the only tie coming in a scoreless game against then-No. 4/4 Clarkson. Since then, Harvard has gone on a six-game winning streak, beating five conference opponents in the process.

Heading into its matchup against crosstown rival No. 4/5 Northeastern (11-2-1, 7-1-1 Hockey East), the No. 8/8 Crimson look to continue this streak. The two teams have faced off each of the last three seasons, with the Crimson emerging victorious all three times. The Crimson’s season so far has included five of eight games being decided by one goal or less. On the other hand, the Huskies have won by two or more goals in nine of their 11 wins.

“I think we’ve been doing really well,” senior forward Miye D’Oench said. “Each game has been different, and we’ve won a different way. Tomorrow night will be a huge task. Northeastern has a really good team, so we’re really excited for that. So far I feel pretty good. There’s always a lot of work to improve, but we’ve gotten better every game.”

After a loss in the NCAA tournament final last season, Harvard is currently in second in the ECAC. However, they face a prolific scoring team in Northeastern, which averages five goals per game. Northeastern also boasts the nation’s leading scorer, senior forward Kendall Coyne, who has scored 21 goals and 33 points over 13 games.

“It’s going to be a track meet,” Stone said. “They’re a very fast team, and we need to be ready. We need to play great transition defense and take advantage of our opportunities when they present themselves.”

The Crimson defense, on the other hand, is giving up less than one goal per game. Splitting time almost evenly, Harvard’s three goalies have a .963 save percentage. Senior goalie Emerance Maschmeyer is currently ranked second in the country with a .967 save percentage.

A standout on the offensive side for the Crimson is D’Oench. After finishing last season with 33 points, good for second on the team, the New York City native has nearly a third of her goals and assists from 2014-15 after only eight games. She leads the team with six goals and is tied for third in assists with four.

“I feel pretty good about how I’ve personally been playing,” D’Oench said. “I think a lot of it has to do with as a team we’ve gotten going offensively…. In the last couple of games, we’ve really been clicking on all cylinders. That definitely helps me personally as well as the team. I always want to have the best season yet”

Harvard will look to upset Northeastern this Tuesday in the Bright-Landry Hockey Center. However, despite the in-state rivalry and the Huskies’ higher ranking, the Crimson is treating this like any other game.