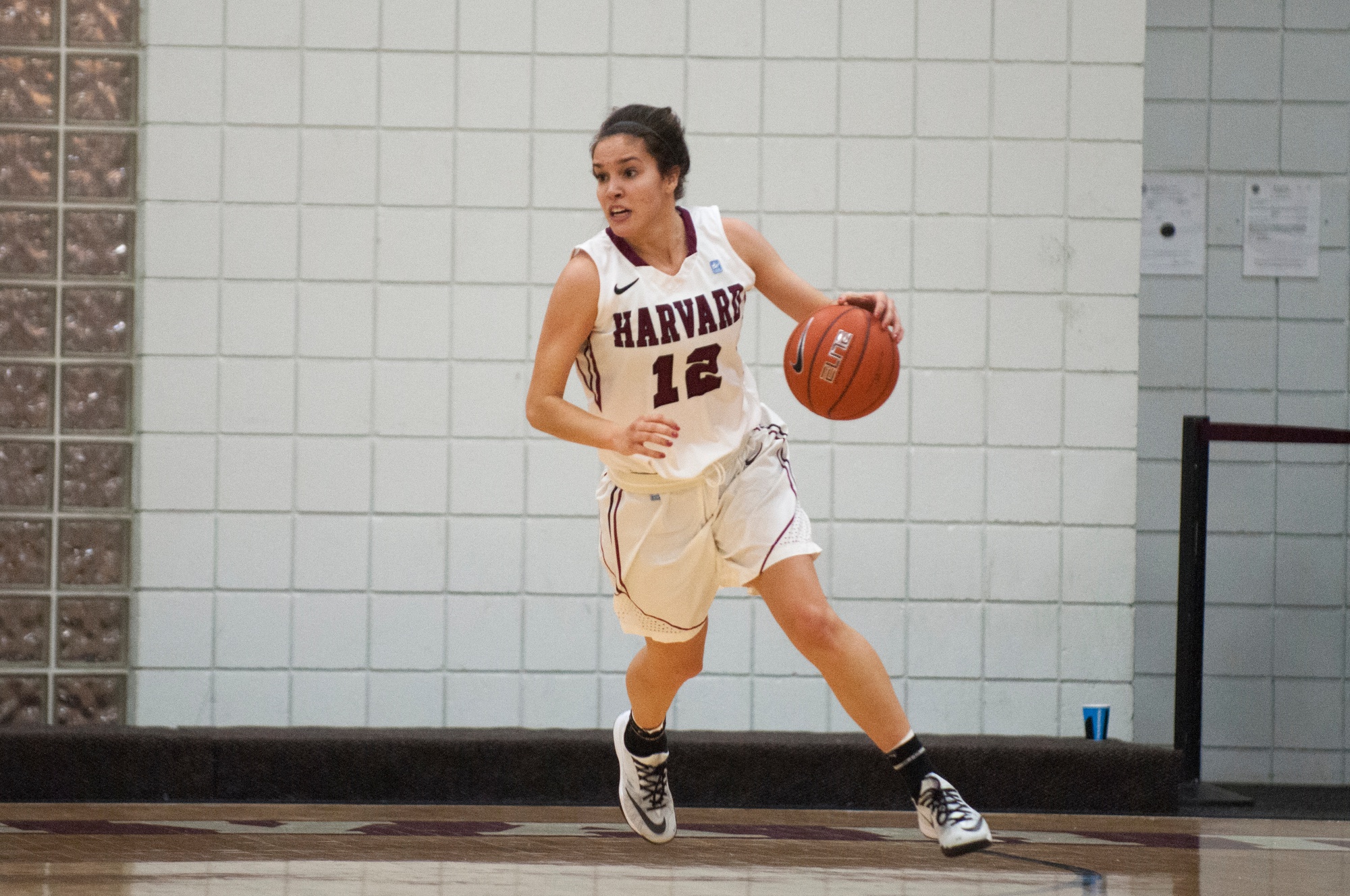 The opening tip bounced fortuitously into her path, and Harvard women’s basketball co-captain AnnMarie Healy took advantage, beating two defenders and converting the layup. Just four seconds into the contest, the game’s course had been set.

Fueled by a trio of hot-shooting seniors, the Crimson (3-2) defeated Boston University (0-4), 73-55, at Lavietes Pavilion on Tuesday night. Despite the holiday, there was a sizable crowd on hand to watch Harvard climb above .500 for the first time this season.

“As a young team, it’s nice to get a couple wins under our belt in a row,” senior guard/forward Shilpa Tummala said. “Knowing we can win consecutive games is huge for us, so that really builds on our confidence. It’s a big win.”

The Crimson’s three seniors—Kit Metoyer, Healy, and Tummala—combined to go 18-for-35 (51.5%) from the field in a game in which Harvard never trailed. Tummala was the Crimson’s catalyst, leading the team with 17 points, 14 rebounds, and four assists.

Harvard broke the game wide open in the third quarter, firing on all cylinders offensively. After a pair of layups by the Terriers forward Meghan Green, the Crimson’s lead was cut to nine early in the period. Harvard would respond, going on a 10-3 run to extend the lead to 16. Tummala registered seven of her team-high 17 points in the third quarter.

A half-court press from the Terriers caused the Crimson problems during a difficult second quarter, with Harvard turning the ball over on three straight possessions at one point. BU also found itself at the line often, converting 16-of-22 attempts from the charity stripe as opposed to the Crimson’s 9-of-16. Four straight points from Terriers guard Troi Melton capped off a 9-2 run that saw BU close to within six.

Despite struggling to find chemistry in the half-court, Harvard managed to fight off the visitors’ rallies thanks to Metoyer, who buried a trio of three-pointers in the second quarter to reclaim momentum for her team. The 5’10” Houston, Texas native finished with 15 points on 5-of-7 shooting from beyond the arc.

“She’s a phenomenal shooter… but she’s so much more than a shooter for us,” Delaney-Smith said of Metoyer. “She’s our captain, she has great court IQ, she’s able to talk and communicate, and that’s what our young kids need on the floor. So she’s invaluable for us out there.”

The Crimson’s guards were unselfish throughout the game, with 19 of the team’s 28 made field goals being assisted. Tummala and freshman guards Nani Redford and Sydney Skinner each had four assists to lead the way while Metoyer added three of her own.

The rivalry between Harvard and the Terriers is a growing one, with none of the last five meetings being decided by more than 11 points—until tonight. Despite taking a comfortable 15-point lead over its crosstown rivals into the fourth quarter, Harvard continued to keep its foot on the pedal, going on an 11-0 run midway through the fourth to open up a 71-48 lead. The surge was capped off by a long three from Tummala, one that brought a bright smile to the Arizona native’s face.

Holding a comfortable lead, Delaney-Smith brought in freshman guard Kelsey Bogdan who scored the first points of her college career as the Crimson finished off the game. The basket elicited quite the response from the bench on a successful night for the home team.