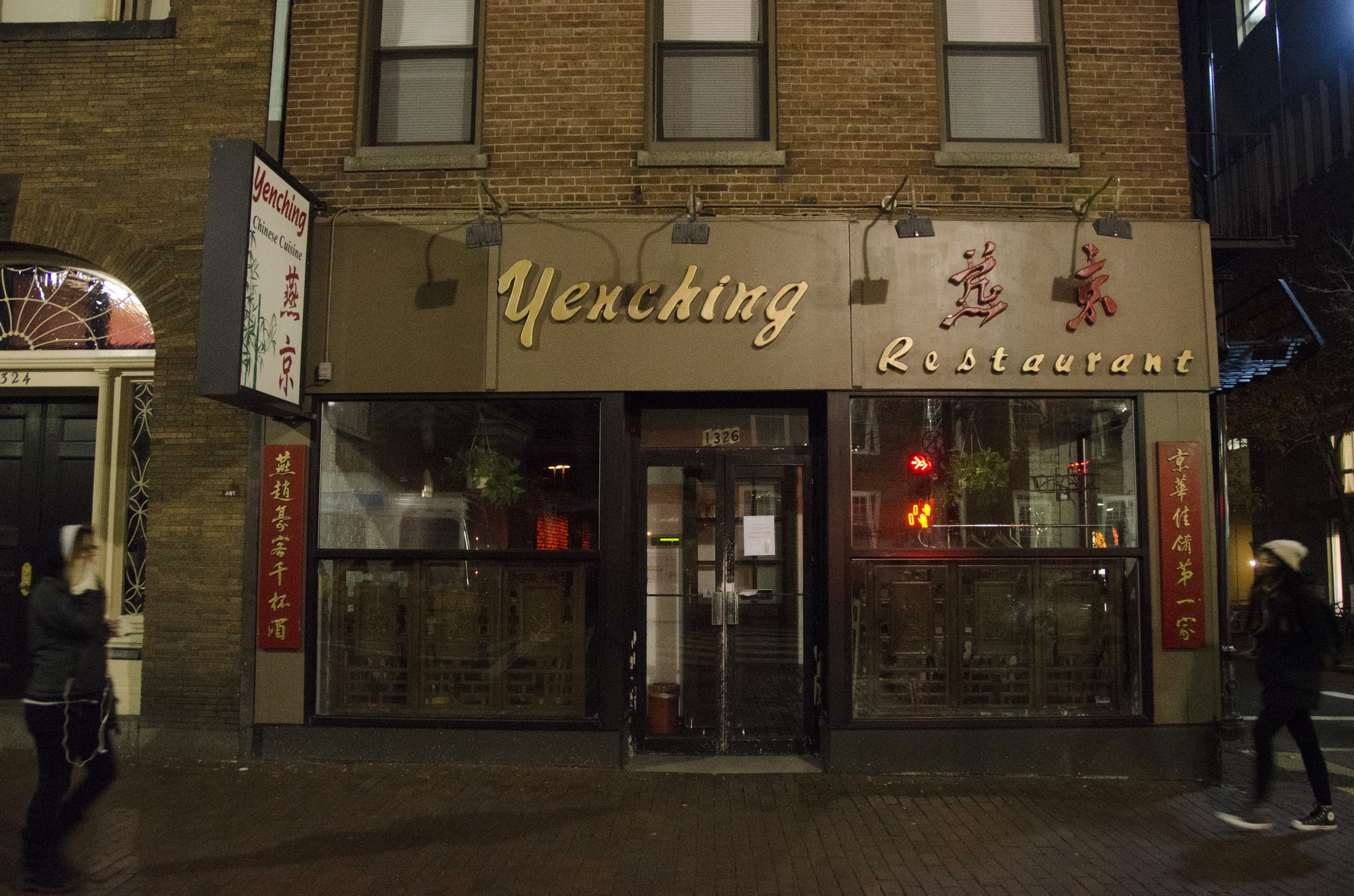 Yenching Restaurant, pictured on Monday evening. The eatery, which has been serving Harvard Square for 40 years, closed on Sunday.
By Derek G. Xiao and Sharon Yang, Crimson Staff Writers

Loyal customers were shocked and saddened by the sudden closing on Sunday evening of Yenching restaurant, a Szechuan-style Chinese eatery that has been a staple of Harvard Square for decades.

A typed note taped on the store’s window read: “It has been a great pleasure serving you. Thank you not only for your patronage but also your friendship.” Workers inside the restaurant declined to comment further about why Yenching closed its doors. 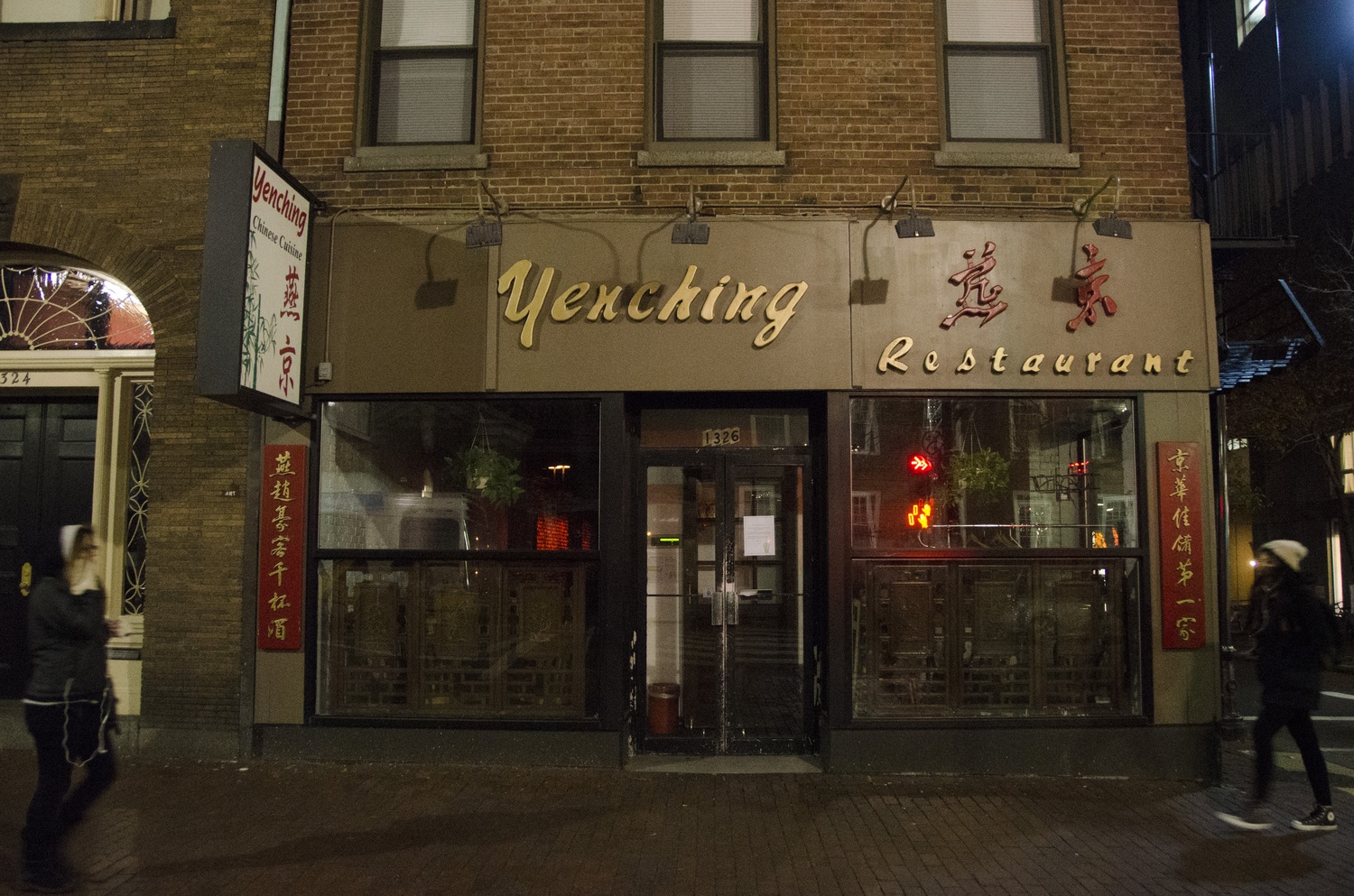 Yenching Restaurant, pictured on Monday evening. The eatery, which has been serving Harvard Square for 40 years, closed on Sunday. By Melanie Y. Fu

The landmark Chinese restaurant has occupied the corner of Massachusetts Avenue and Holyoke Street since its opening almost exactly 40 years ago on Nov. 26th, 1975.

Customers who frequented the restaurant expressed their disappointment at the news.

Economics professor N. Gregory Mankiw said in an emailed statement that he would often take students there for lunch or dinner.

“I’ve been going to Yenching for decades,” Mankiw wrote. “I will miss the scrumptious kung pao chicken. But even more, I will miss the proprietors and their ever-reliable hospitality.”

William S. Xiao ’16 described himself as heartbroken about the closure of his favorite restaurant.

“It’s the restaurant I go to when I want food like it is at home,” he said. “It’s the one thing that’s been a constant in my four years at Harvard.”

Nathaniel B. Horwitz ’18 was likewise upset when he learned of Yenching’s closure.

“It was such an important restaurant in my life,” Marina E. Grossi ’79 said. “Yenching was really popular amongst students when it first opened. Their lunchtime buffet offered interesting Chinese food, and it was relatively cheap.”

Even Yenching’s biggest fans, however, are starting to come to terms with the closure of their favorite dining spot.

“I guess it’s Spice Thai from here on out,” Horwitz said.