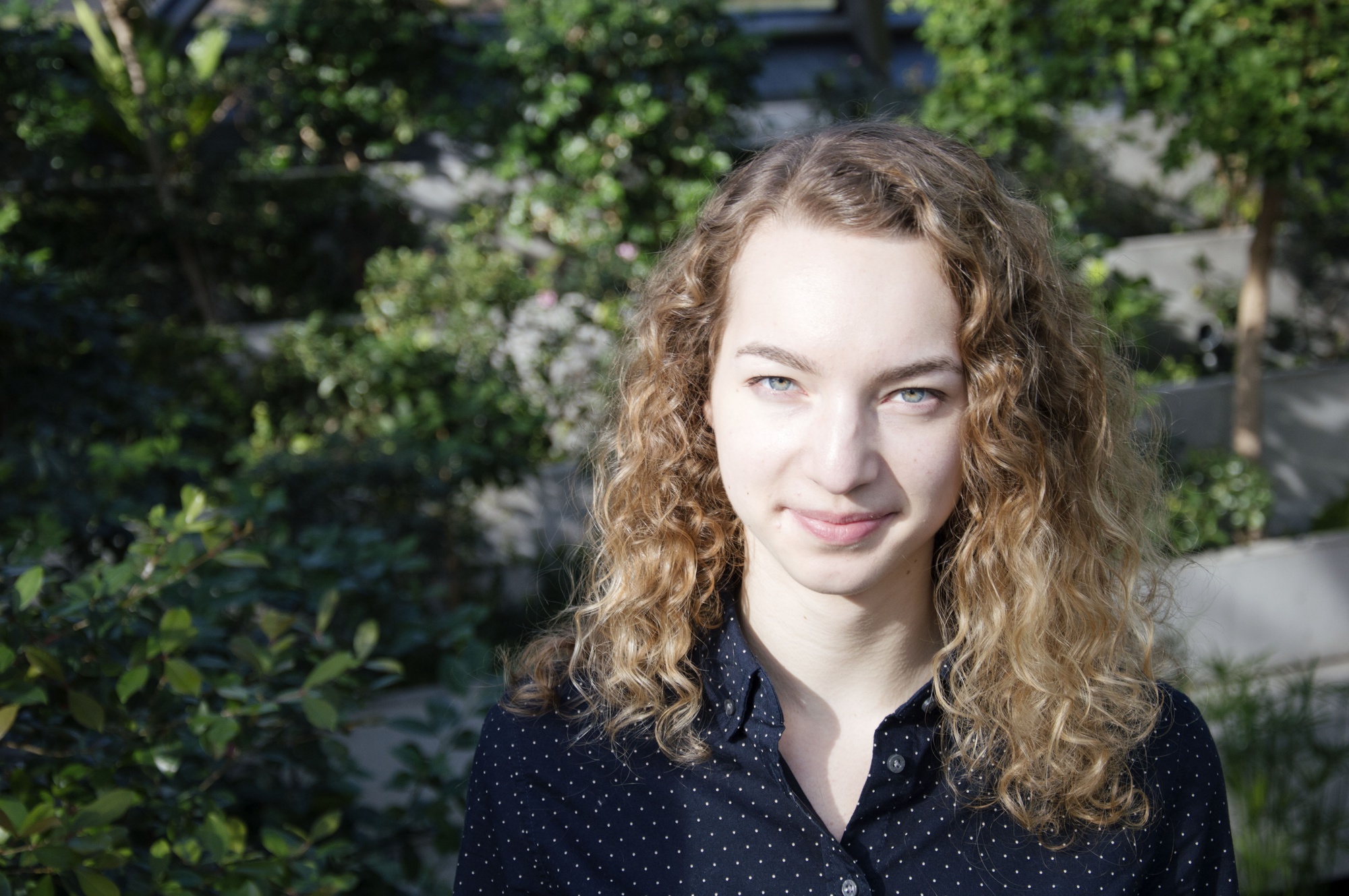 Rivka Hyland will continue her love for Islamic Studies at Oxford next year as a Rhodes Scholar.
By Henry S. U. Shah

“There are basically two career paths: you go into the CIA or you become a professor. And as far as anyone knows, I’ll be a professor.”

Rivka B. Hyland ’16 is sitting on an overly plush couch in the Lowell House Junior Common Room talking about her Islamic Studies thesis. She’s been chasing down this academic goal since she was in a ninth grade world history class.

“We did medieval everything. Nothing has ever interested me as much as Christian and Islamic theology,” Hyland says, smiling earnestly and heaving a backpack, which is bursting with books, off the coffee table.

She’s currently working on a thesis in comparative medieval Islamic and Christian theology. And when she goes to Oxford University as a Rhodes Scholar next year, she has one goal in mind.

“I guess I could go and study math or whatever, but I just want to study theology,” she says.

She’s known since she was 13 that she’s wanted to be an academic. The dream came naturally to Hyland, whose parents are both professors. Family lore has it that she is the “mythical and theoretical final descendant” of Franz Kafka’s mentor, Max Brod. For Hyland, academia has also been a preferred social space.

“I grew up at academic cocktail parties,” she says. “I’m at my best around 25-year-old grad students.”

She applied to Harvard because of its Islamic Studies program and threw herself headfirst into the coursework her freshman year. Although it felt like an academic home, Hyland quickly realized that she needed more of a social life than coffee at Darwin’s over German readings and draft syllabi.

“I was taking mostly Islamic Studies grad-level courses. It was rough because I was the only freshman and sometimes the only undergraduate,” she recalls. “Graduate students are really great but are not going to be your freshman friends. I had literally two friends.” 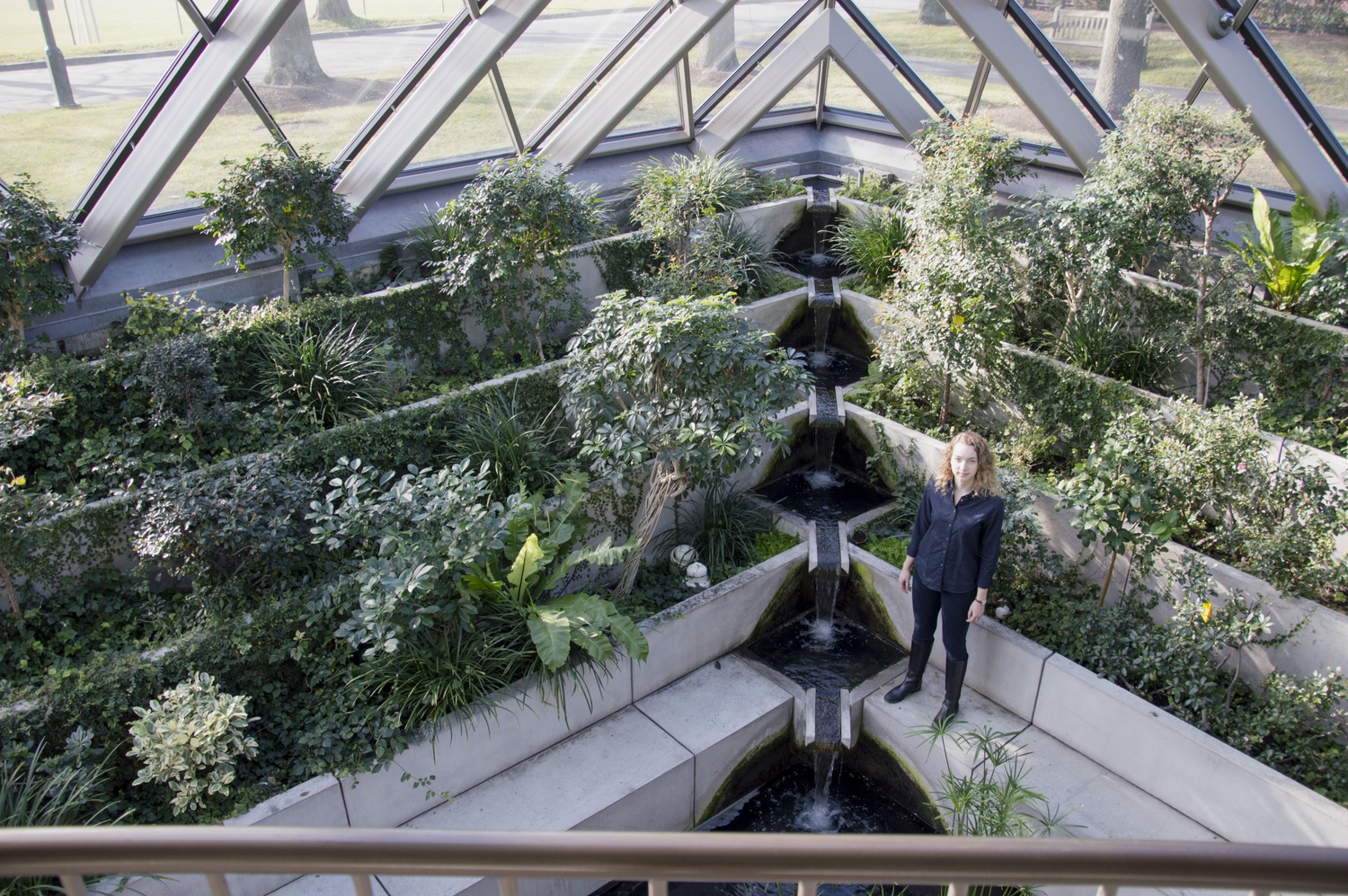 So, during her freshman spring, Hyland rebalanced her schedule, looking for new groups and spaces, applying the same fervor that she relied on for scouring for connections between Byzantine and Islamic art. She applied to all but one peer counseling group, to be a Writing Center tutor, and to staff the Boston Area Rape Crisis Center Hotline. She soon found what she was looking for.

Hyland is now the co-director of ECHO, Harvard’s Eating Concerns Hotline and Outreach student peer counseling organization. “The people in ECHO really form my closest group,” she says. “The sheer amount of TLC [tender loving care] that happens on a continual basis—that, I couldn’t find anywhere else.”

Hyland gushes about the Writing Center as “the best kept secret at Harvard.” She even picked up rowing her sophomore year with Lowell’s intramural team, a hobby she hadn’t practiced since she was in ninth grade. Hyland became captain of the squad.

“I was captain because I staged a coup,” Hyland jokes. “I think [this year] I’m going to make them stroke even though I’m not good enough for it.”

Even during her most tranquil moments, she’s voraciously exploring. This summer, Hyland and a friend started taking midnight bike rides around Boston and Cambridge. They’d stop on the Esplanade and gaze at the stars. On lazier nights, they’d bike around the all-too-manicured suburbs stretching west from Harvard Square.

“We go to West Cambridge and look at the bougie houses and play ‘Where do you want to live when you’re a professor?’”

These days, her nose is still in the books as she races to finish her thesis. She had a recent run-in that showed the relevance of her work, as obscure as medieval theology may sometimes seem.

“This woman said, ‘You don’t see a lot of Jewish girls named Rivka reading Arabic.’ I didn’t know what to say… It’s one world—you have to study all of it.” 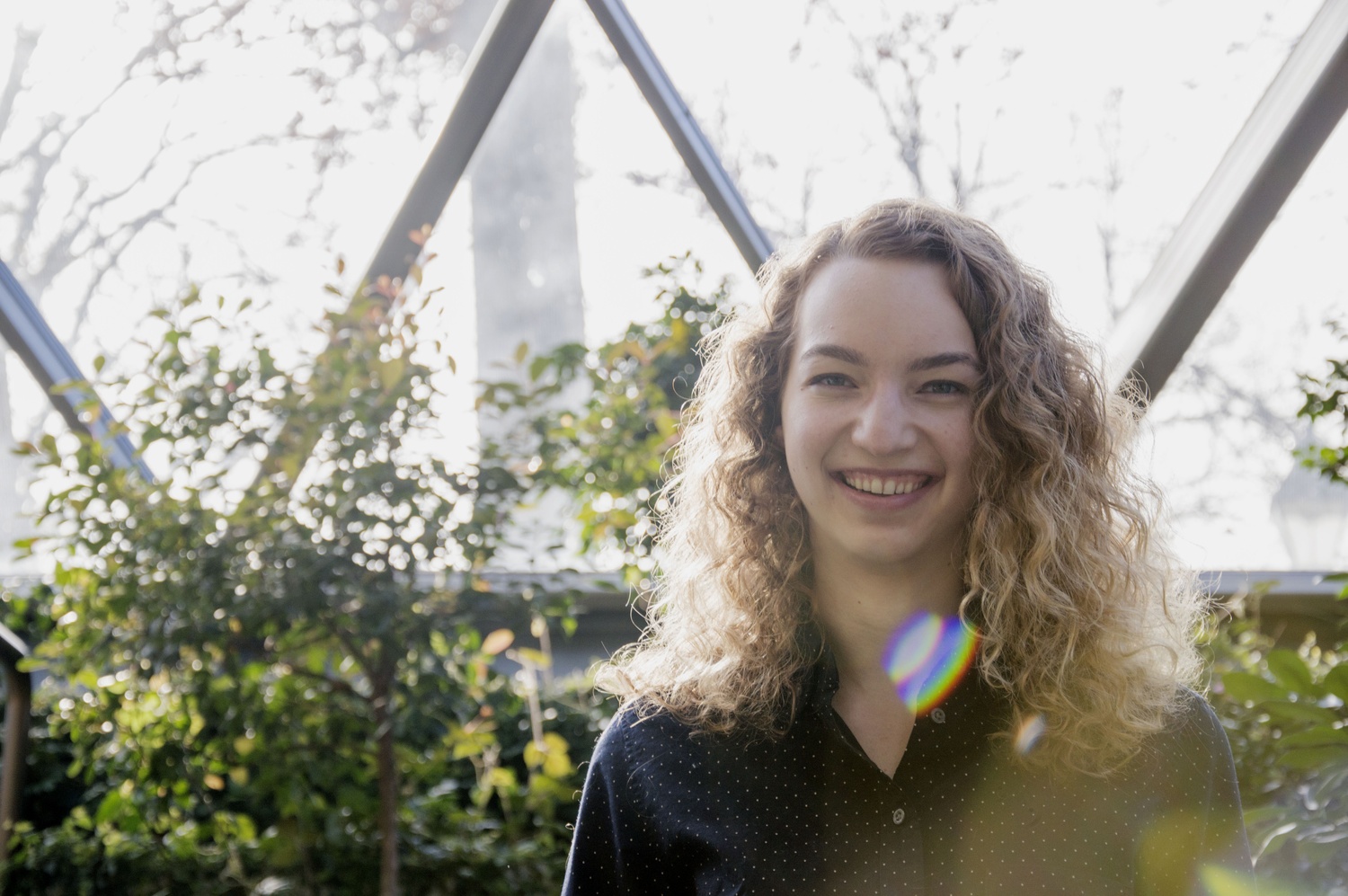