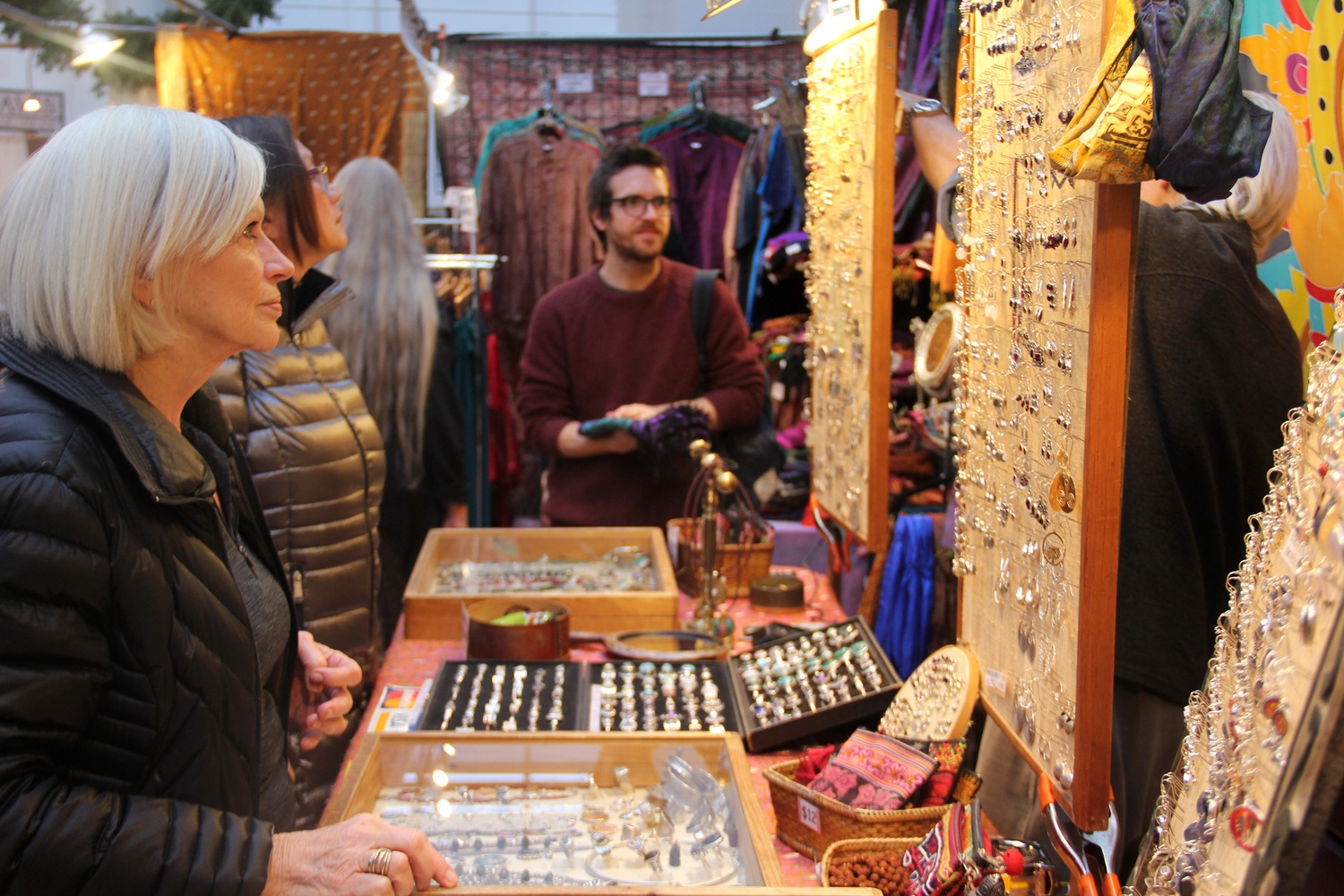 Shoppers at the 30th annual Harvard Square Holiday Fair browse the many vendors around square this weekend. Local and global vendors sold a wide range of crafts, including jewelry and artwork. By Isabella S. Beroutsos
By Marella A. Gayla, Crimson Staff Writer

The fair, which has operated every year since 1986, drew many of the same loyal customers and vendors as in years past.

“Wild horses could not keep me from this fair,” said Judia R. Ziegler, who has traveled to Cambridge from Vermont every year for 14 years to sell her homemade lotions and salves. “This is by far the most beautiful group of people, vendors, and customers alike.”

Many customers said they are drawn to the fair because of the personal shopping experience and the unique handmade products, which include body products, clothing, glassware, ceramics, and prints.

Jo M. Solet, a Harvard Medical School assistant professor, has attended the fair with her husband Maxwell “Mike” D. Solet ’70 every year for at least 25 years, she said.

This year’s Holiday Fair differs from those in the past because of a change in location. The fair was previously located in the basement of the First Parish Church, a space which will be turned into a student-run shelter for homeless young adults. Now, a handful of vendors greet patrons outside the church, but the majority of stalls are set up in a space at 50 Church Street. After Dec. 18, the fair will operate at St. Paul’s Church.

It’s a better use of space than what we were doing there,” said Richie W. Bittner, a vendor at the fair. “We were only there one month a year.”

According to Bittner, the relocation has caused some turnover among the vendors.

“Some old friends who used to be reliable vendors here didn’t come back, some because of the change and some because it was time to move on,” he said.

Bittner added that he does not think that the change in location has not deterred the fair’s loyal customer base.

“I see plenty of old friends,” he said.