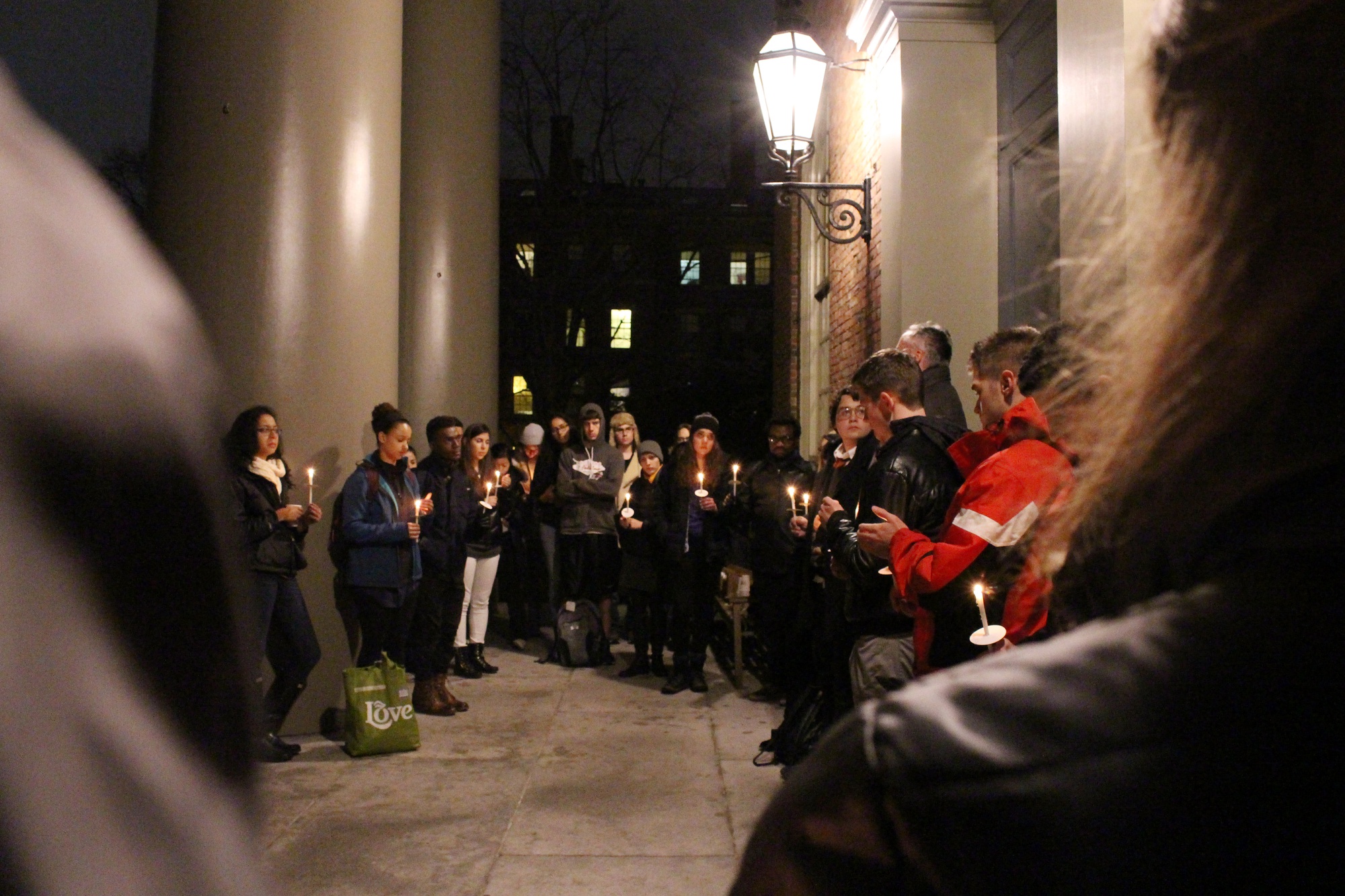 Students stand during a moment of silence at the end of the AIDS Day vigil on Tuesday night.
By Kabir K. Gandhi and Menaka V. Narayanan, Contributing Writers

In honor of World AIDS Day, Harvard students and affiliates gathered Tuesday evening in two forums to pay tribute to people who have lost their lives to the disease, celebrate the strides made by activists, and call for further progress.

At the Cambridge Friends Meeting House, people gathered to reflect and honor victims of the disease and “make a commitment to continue living in love.” Attendees participated in a series of meditations and prayers, while two people who have lived with HIV shared their stories. The group also heard music and paused for a period of silent reflection.

Roderick L. Owens, a Divinity School student who organized the event, led a series of chants and prayers.

“AIDS calls us to a deeper sense of sensitivity, of humility, to confront our own mortality and the way we judge and label others,” Owens said. “I see so much of that as the work of AIDS: cutting through and eradicating these stereotypes and labels.” 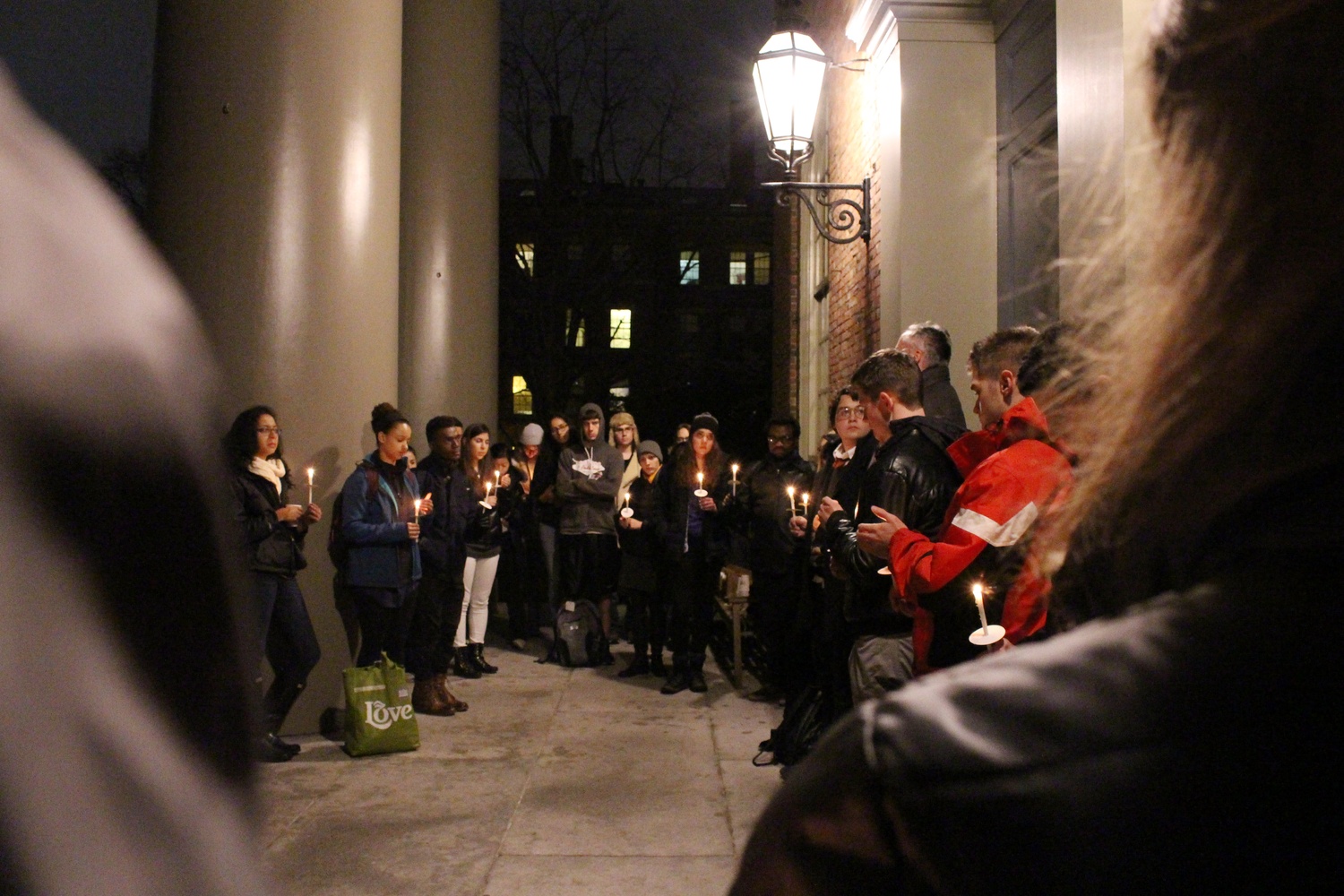 Students stand during a moment of silence at the end of the AIDS Day vigil on Tuesday night. By Helen Y. Wu

Also on Tuesday evening, a group gathered in the rain on the steps of Memorial Church to light candles in remembrance of the lives lost to HIV and AIDS. The vigil, hosted by the Harvard College Global Health and AIDS Coalition, featured three speakers who discussed the injustices of the global AIDS pandemic and called for further action.

“Thirty-four years into this pandemic, AIDS stands as a testament to the urgency of urgencies, to the need to insist on immediacy and the importance of every single life,” said Joaquin S. Terrones, a guest speaker and a preceptor for the Expository Writing class “HIV/AIDS in Culture.”

At both events, speakers described the personal grief that HIV causes.

Patrick Langone, who has lived with HIV/AIDS for years, reflected on his day-to-day experience with the disease and the struggle of losing close friends along his journey. Langone closed his remarks with a consoling message to youth affected by the disease, assuring them that individuals can live productive, fulfilling lives with HIV/AIDS.

He called for educating young people so that they have a deeper knowledge and understanding of the disease.

“These kids have to have the information presented to them, and we can each do it in our own way,” Langone said. “We all have a loud voice if we know how to use it.” 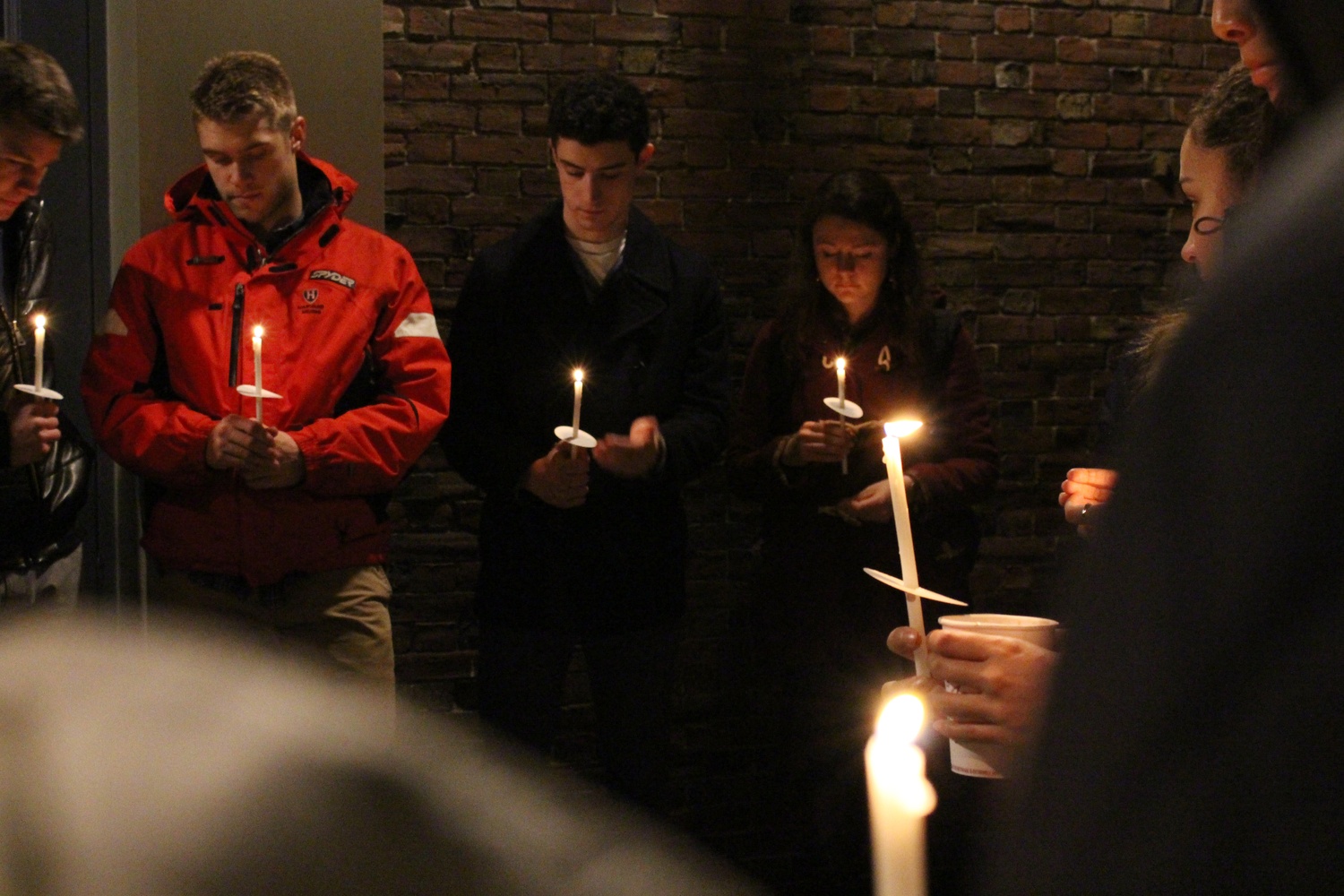 Students gather near Memorial Church for a candlelight vigil on Tuesday night to show support for those affected by the disease. By Helen Y. Wu
Advertisement

The younger generation of Harvard students also spoke about the relevance of World AIDS Day at the vigil.

“For me, this is a day to mourn all the progress and the action that we didn’t take earlier, but also, to look ahead and ask, ‘How do we catch up?’” Shayla B. Partridge ’18 said. “And maybe at some time, we won’t have to have a World AIDS Day, many many generations from now.”

Speakers encouraged Harvard students to not only feel for the victims of HIV, but also to take action, like bringing attention to funding the fight against the disease through petitions and protests.