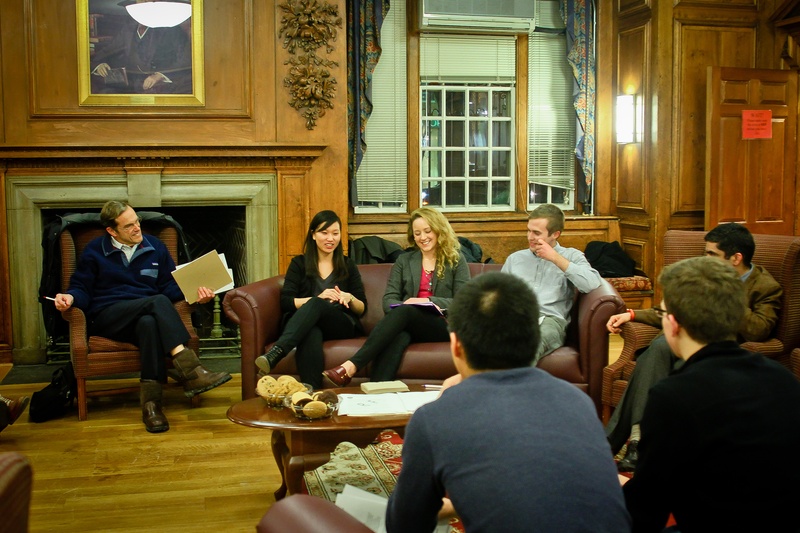 Students will likely be required to make an affirmation of integrity before taking final exams and writing final papers should members of the Faculty of Arts and Sciences approve the legislation of the College’s first-ever honor code.

The FAS Faculty Council voted in support of such legislation at their meeting last week. The changes will be brought to the full FAS faculty for discussion at their next meeting on March 3, according to Dean of Undergraduate Education Jay M. Harris.

Then, “if all goes well,” Harris wrote in an email, the Faculty would vote, at their April meeting, on the finalized honor code and affirmation procedures, which would likely go into effect in fall of 2015.

In their May 2014 meeting in which they approved the honor code, the full FAS Faculty specified that Dean of Harvard College Rakesh Khurana would “bring to the Faculty Council a recommendation regarding the nature and frequency” of the affirmation. However, Harris wrote in an email that he himself brought the recommendations on behalf of the Committee on Academic Integrity.

Two Council members said they were satisfied with the Council’s decision regarding the affirmation’s frequency, which has been a topic of concern among Faculty throughout discussions on the honor code.

Organismic and Evolutionary Biology professor Stacey A. Combes, a member of the Faculty Council—the highest elected body in FAS—said that in early discussions, the body debated requiring students to make an affirmation before every assignment but ultimately decided against it.

“There was a bit of debate in terms of whether that sends a bad message, that it assumes students are cheating, and that they have to write this thing,” Combes said.

“There were people who were concerned that to have some sort of a statement or affirmation for every single lab and every single paper and assignment of any kind was probably too much and might potentially turn what needs to be a meaningful affirmation into a kind of routine, and lose its meaning.”

Members of FAS approved the honor code itself in May 2014, establishing formal expectations of integrity and a judicial body of faculty, administrators, and students for violations of those expectations. That body, known as the Honor Council, will be comprised of 12 undergraduates and 12 others from a pool of faculty, teaching fellows, and resident or House deans and take most, if not all, cheating cases from the Administrative Board’s jurisdiction.

On Friday, Dean of the College Rakesh Khurana announced that the Honor Council and Ad Board will be housed together in a new Office of Academic Integrity and Student Conduct, which will replace the Office of the Secretary of the Ad Board in July.