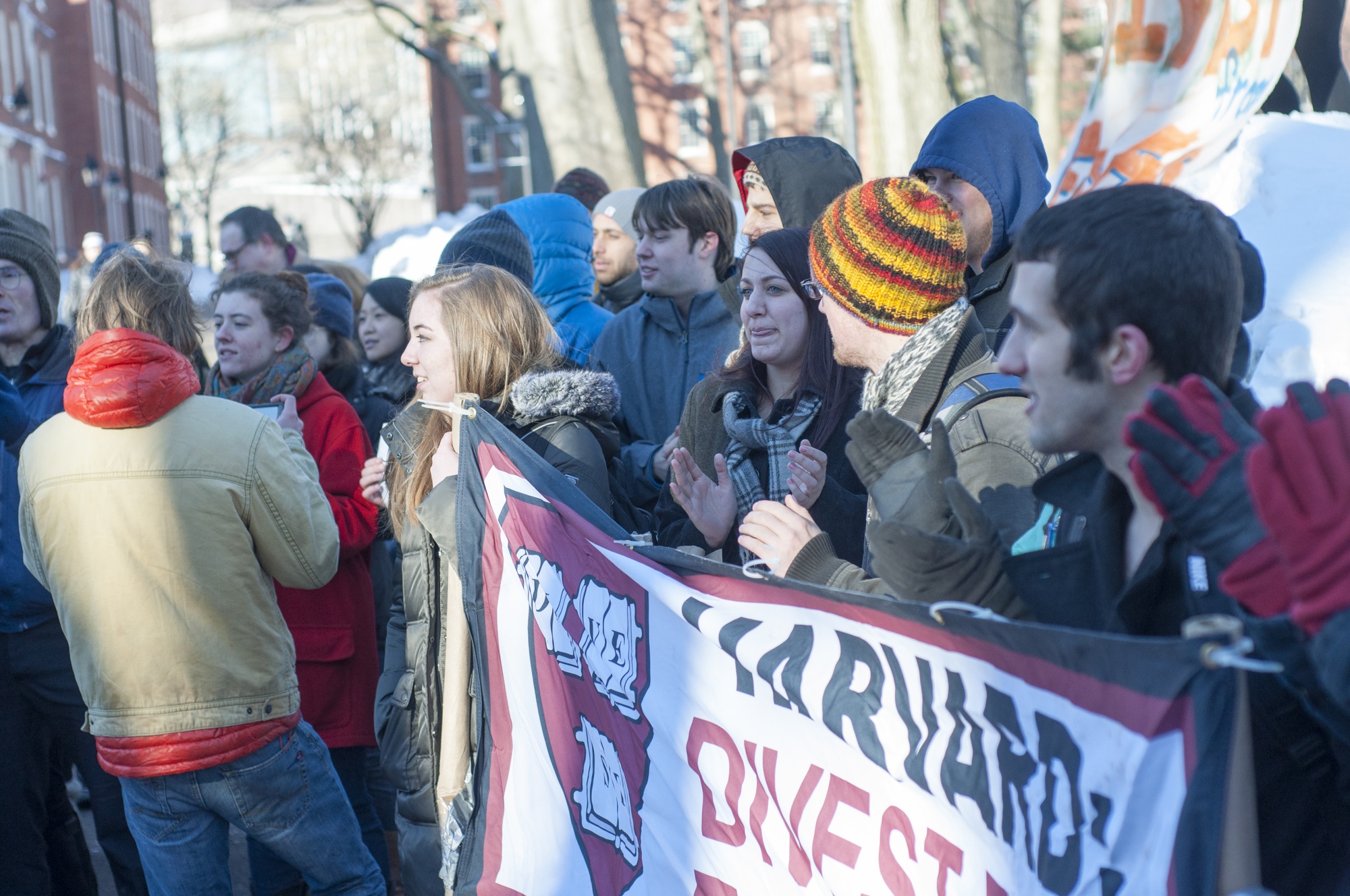 Divest Harvard students held a sign outside Massachusetts Hall on Friday, Feb. 13 as part of Global Divestment Day.
By Mariel A. Klein and Tyler S. B. Olkowski, Crimson Staff Writers

Divest Harvard aims to launch a fossil fuel-free fund to which alumni can donate as an alternative to the University’s endowment, according to the group’s announcement from earlier this month. The coalition of students, faculty, and alumni that calls for the University to divest its endowment from fossil fuels occupied Massachusetts Hall for 24 hours last week. 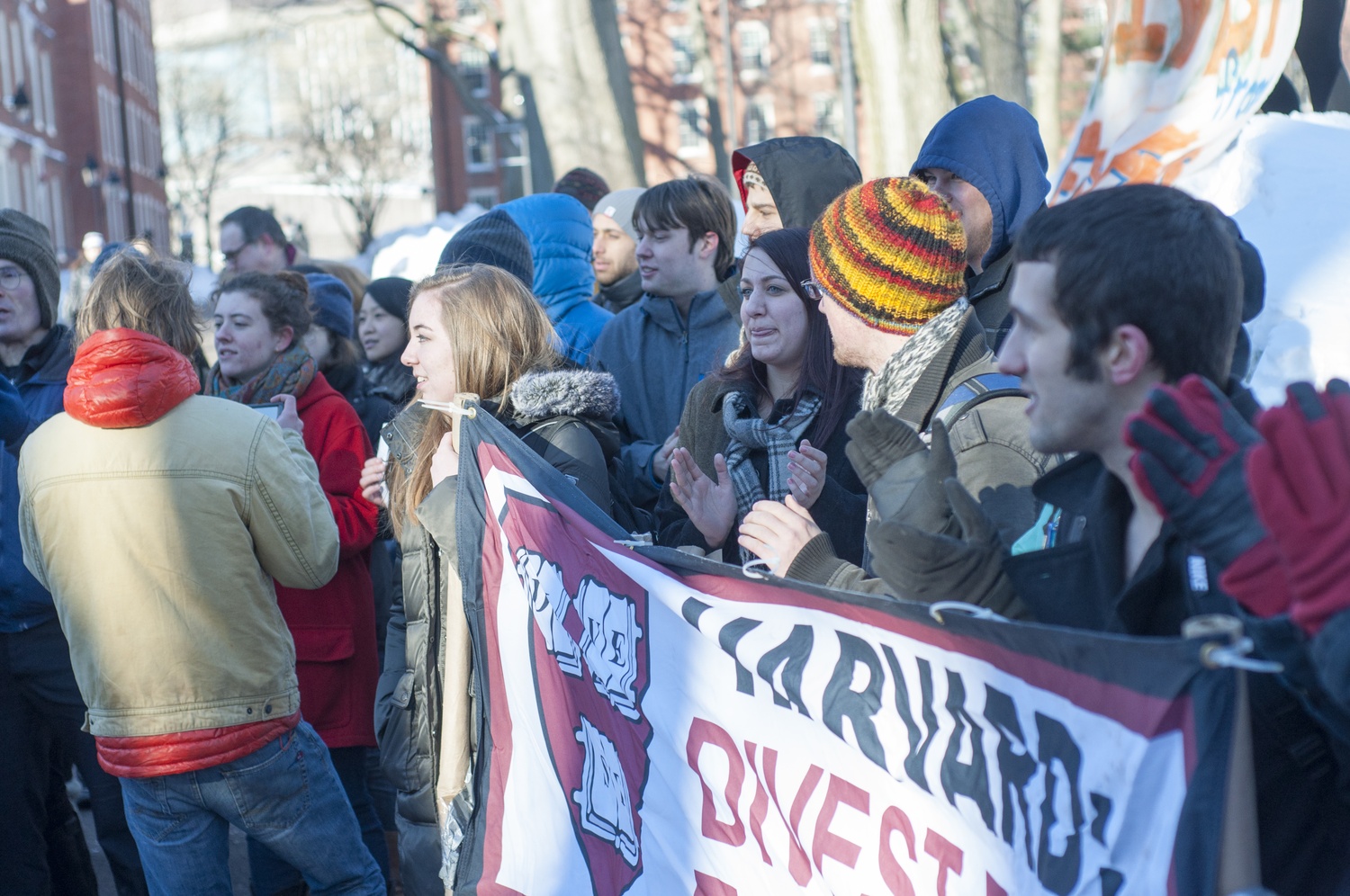 The Fossil Free Alumni Fund stipulates that Harvard will only receive the donations if the Harvard Corporation—the University’s highest governing body—publicly commits to divesting from fossil fuels by Dec. 31, 2025, as detailed in the press release. Otherwise, the fund will be donated to one or more nonpartisan national organizations that work to cut greenhouse gas emissions.

“[The fund] will be one more form for alumni to get across the fact that climate change really matters,” said Bill E. McKibben ’82, an environmental activist and former Crimson president. McKibben called the fund “the next big forum” for the group’s movement and said that he expects many alumni to contribute.

Over the past year, 1,000 alumni have signed the organization's petition to divest from fossil fuels, according to the press release. In addition, the Harvard-Radcliffe Club of Vermont officially backed the divest movement in December, after 76 percent of its membership supported the measure in an annual survey.

“A large number of alumni don’t want to be supporting the fossil fuel industry,” Maxmin said. “The divestment fund is an opportunity for alumni to support Harvard, and [the donations] will go to Harvard when we divest from fossil fuels.”

The tax-deductible donations will be invested in a fossil-fuel-free index developed by the Natural Resources Defense Council and managed by BlackRock, while an alumni advisory council will oversee the management of the fund, according to the press release.

Divest Harvard is not the only student-alumni organization to use a diversionary fund to solicit donations with the intent to return it on the condition that a university divests its endowment for an environmental cause. Divestment organizations at 18 schools, including Boston College, MIT, Stanford, and Tufts, joined forces to create the Multi-School Fossil Free Divestment Fund last December.

Divest Harvard decided against joining the multi-school divestment fund because it wanted to use a different investment manager, BlackRock, Maxmin said.

The University has maintained that it continues to make contributions “that ultimately will reduce human dependence on fossil fuels and usher in a more sustainable future” through research and teaching, according to University spokesperson Jeff Neal.