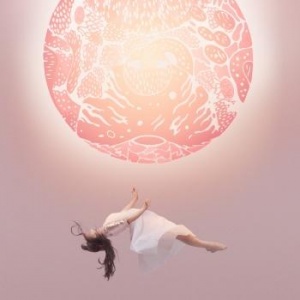 Purity Ring is difficult to put in a box—Tiny Mix Tapes’ Ben Sullivan described its unique style as “witch house”—but perhaps the moniker  “dream pop” better describes the group’s hazy blend of synths and sharp vocals. It’s clear that the duo, who came together in 2010 with the release of experimental track “Ungirthed,” has been working on a unified sound since. The songs of “Another Eternity” show the depth of their musical partnership; from Megan James’s clear, though slightly-autotuned, voice to Corin Roddick’s artfully arranged layers of melody and bass, their sounds make up a complex aural landscape that invites listeners to let the music soak into their bones.

“Another Eternity,” as per Purity Ring’s trance reputation, relies on rampant use of repetition for its emotional punch. In “Flood on The Floor,” James sings “Don’t forget / forget / Don’t forget / forget” in circles, building a quiet tension that Roddick reinforces with the thrumming synths in the music’s roots. “Dust Hymn,” titled cleverly to reflect religious undertones, utilizes a similar method as James sings, “Dear lie still along my old web / Cursed by your dust filled head”—and repeats the sequence at least six times. While most of the repetition contributes to the eerily autotuned atmosphere, in some cases it becomes underwhelmingly trite and begs the question: What else is there?

“Another Eternity” boasts lyrics that, when supplemented by idiosyncratic rhymes and music, create powerful and haunting imagery. Love—platonic and romantic—is a major theme in this album, and it is handled in a delicate and detail-laden way. “Heartsigh,” the opening track, examines the possessive love of an infatuated romantic: “I’ll build a house around you / Stir a moat until you drown, down.” With any voice other than James’s pixie-like soprano, “Heartsigh” would be obnoxiously gruesome; the lightness of James’s vocals, however, makes for a quieter and more subdued but all the more terrifying mood. “Begin Again,” a slow-building dance track, features a series of paired lines of grandiose language that bring to mind epic love poems of eons ago: “I need not one thing more / Oh, wrap the ground around / Your gentle winding mind / Oh, guard the pounding sound / Breathe in your fiery air.” Once again, James uses her controlled and resonant voice to bring life to the lyrics; she convincingly makes them sound like ancient poetry.

While Purity Ring seldom offers explicit cultural allusions on the album, much of “Another Eternity” excitingly evokes tropes from across the pop music spectrum.  Though “Bodyache” still features James’ high-pitched voice and a set of impressive harp-like arpeggios in the music, the chorus of “I, I, I lied, now I’m lying awake / I, I, I cried ‘til my body ache” is reminiscent of the type of hip hop ballad Beyoncé or Rihanna might sing. “Repetition” brings to mind the sultry sensuality of Lana Del Rey in its “Hey / Hey / Hey” hook and its verses, where James hits with the sexually provocative, “I’mma dig you up and give you what I took / Pull you up and tuck you in and make you look.” Likewise, “Stranger Than Earth” calls forth Frank Ocean’s “Thinking About You” in its pulsating chorus: “Again, again, again / I wasn’t thinkin ‘bout you / I wasn’t / I wasn’t.” In “Sea Castle,” though, James seems to find her own grungy spine when she screams, “Look at me, I’m a sea, I’m your sea! I’ll shut out what’s destructed around you!” Clearly, James is musically literate, but she is also unafraid to do her own thing.

Although its repetitive use of lyric and synth can be at times overwhelming, “Another Eternity” provides a compelling and unique aural aesthetic. The closing track, “Stillness Woe,” is exhilaratingly out of left field, with a  calming slow-tempo wash of upper-register piano that pushes back against the freneticism of first track “Heartsigh.” “Stillness Woe” is oddly reassuring in its abstract poetry: “Push my mind around as if it’s warming up your hand / As if it’s softer than the land, all silked and supple / Don’t be afraid if it’s a little bit close.” James and Roddick, for all of their dependence on hypnotic cycles,  imbue the song, and much of “Another Eternity,” with a deft human touch that elevates the project above less emotive electronic works.