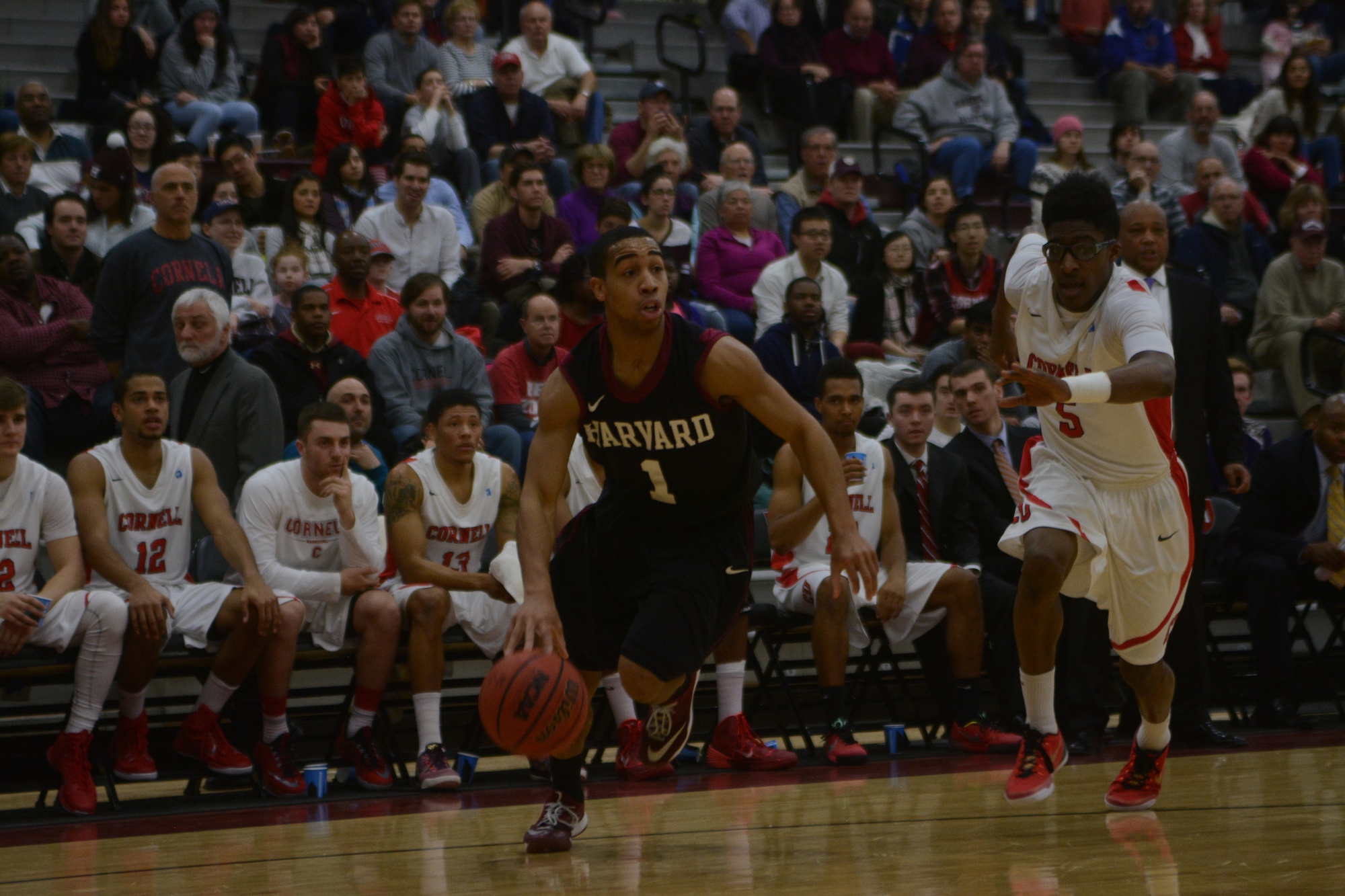 Junior co-captain Siyani Chambers says that the Harvard men’s basketball team has focused on closing out games in preparation for this weekend, when the Crimson hosts Princeton and Penn. Harvard edged the Tigers earlier this year on the road before routing the Quakers at the Palestra
By David Freed, Crimson Staff Writer

Although it has been just three weeks since the teams last faced off, much has changed. Harvard headed to Princeton on Jan. 30 looking up at the league’s top two in the standings for the first time since 2009. To keep within arm’s reach of rival Yale, Harvard faced the unenviable task of winning in its perennial house of horrors; prior to a 59-47 win in 2014, Harvard had left New Jersey empty-handed on 24 consecutive trips.

The storyline faded quickly after tipoff. Harvard led by 11 at the half and held off the Tigers in the second half for a 75-72 victory, completing the road sweep with a 25-point victory the following night in Philadelphia. The sweep kicked off sharply divergent paths; although Harvard has won all six of its games since tipping off in Jadwin, Penn and Princeton are a combined 5-7 over the same time frame.

Noting that Harvard has already given away four double-digit leads in Ivy League play, resulting in three close wins and a loss, junior co-captain Siyani Chambers said a focus for the team over the weekend will be controlling and closing out games.

“We talked about it extensively, we just have to finish,” Chambers said.

Friday, Harvard will aim to replicate its prior blueprint against the Quakers. In its last three games against Penn, Harvard has earned three wins and a combined 75-point margin of victory by walling off the paint and daring the Quakers to win the game from the perimeter. The strategy has been very successful, as Penn has shot 35 treys in the losses but converted at only a 26 percent clip.

Crucial to this strategy is containing junior Quaker point guard Tony Hicks. The sparkplug for the team’s offense, Hicks has averaged 18 points in Penn’s two Ivy League wins and just nine in its losses. When he is on—like in a 71-69 win at Cornell where he had 20 points and the game-winning floater—the Quakers are dangerous. If he struggles—he had just six points in the teams’ last meeting—Penn struggles to find sufficient offense.

“The main thing that we have to do against Hicks is that we have to do a better job in transition defense,” Harvard coach Tommy Amaker said. “We got hammered with that against Cornell, who raced the ball up the floor against us and got stuff early and easy in the offensive possession.… Getting back and getting our defense set will be critical to contain them.”

The following night, the Crimson’s strategy will flip. While Penn coach Jerome Allen favors a conventional two-big lineup that cramps floor spacing, Princeton coach Mitch Henderson uses an array of fleet-footed wings and forwards in a less conventional lineup. Four Princeton regulars shoot at least 35 percent from the three-point line and each starter has three-point range.

In the teams’ last matchup, the Tigers hit five threes in the first half, with quick passes keeping Crimson defenders scrambling and chasing open shooter. The Crimson closed out better in the second half, but Princeton took advantage of foul trouble to co-captain Steve Moundou-Missi and relentlessly attacked the basket.

“We need to rebound and close out the three-point shooters [this time],” Chambers said.

“All those players can shoot threes, and as a team we didn’t feel like we did a good job closing out on three-point shooters, guards, and forwards on either side.”

Offensively, Harvard will rely on its starting backcourt of Chambers and senior wing Wesley Saunders, whom Amaker calls, respectively, the team’s most important and best players. The two averaged 26 combined points in Harvard’s weekend sweep of Cornell and Columbia and have provided 39 percent of the team’s points and 65 percent of the team’s assists on the season.

“My teammates and coaches really trust me with the ball, so I have to make sure I am making good decisions with the ball,” Chambers said.