UC Will Create Alumni Advisory Board 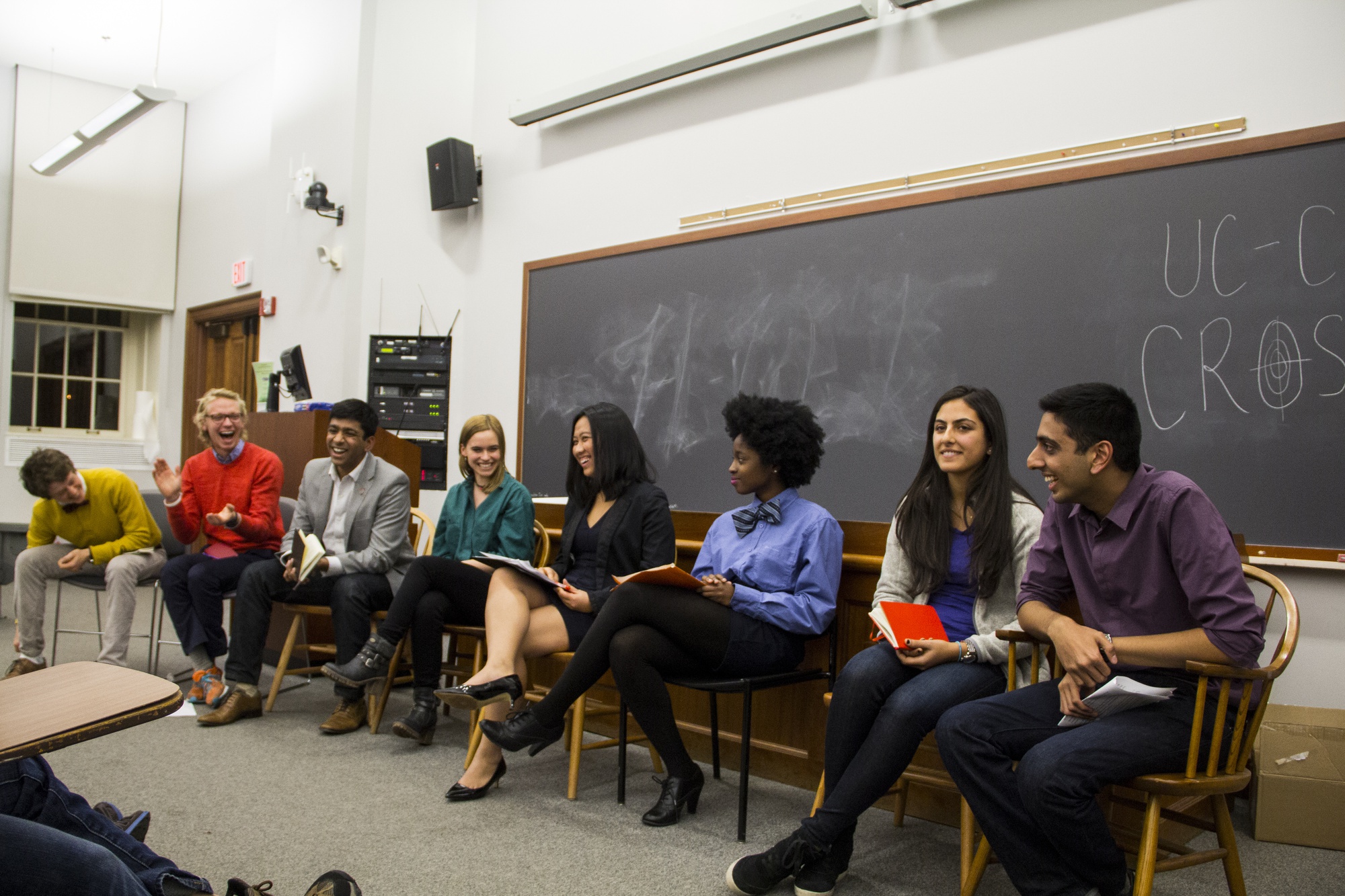 The four UC presidential tickets debated and answered questions on the platforms, past accomplishments, and plans for the Council if elected on Saturday night. The crossfire debate was co-organized by the Undergraduate Council and the Harvard Crimson.
By Jalin P. Cunningham, Crimson Staff Writer

Undergraduate Council leaders plan to create an alumni advisory board during their term in the hopes of eventually acquiring alumni funding for student groups.

UC President Ava Nasrollahzadeh ’16 and UC Vice President Dhruv P. Goyal ’16 said in an interview Wednesday that through the advisory board, they will first focus on fostering relationships between current members of the Council and alumni before ultimately soliciting donations. Securing funds for student groups through alumni donations was a centerpiece of their campaign for UC leadership last fall. 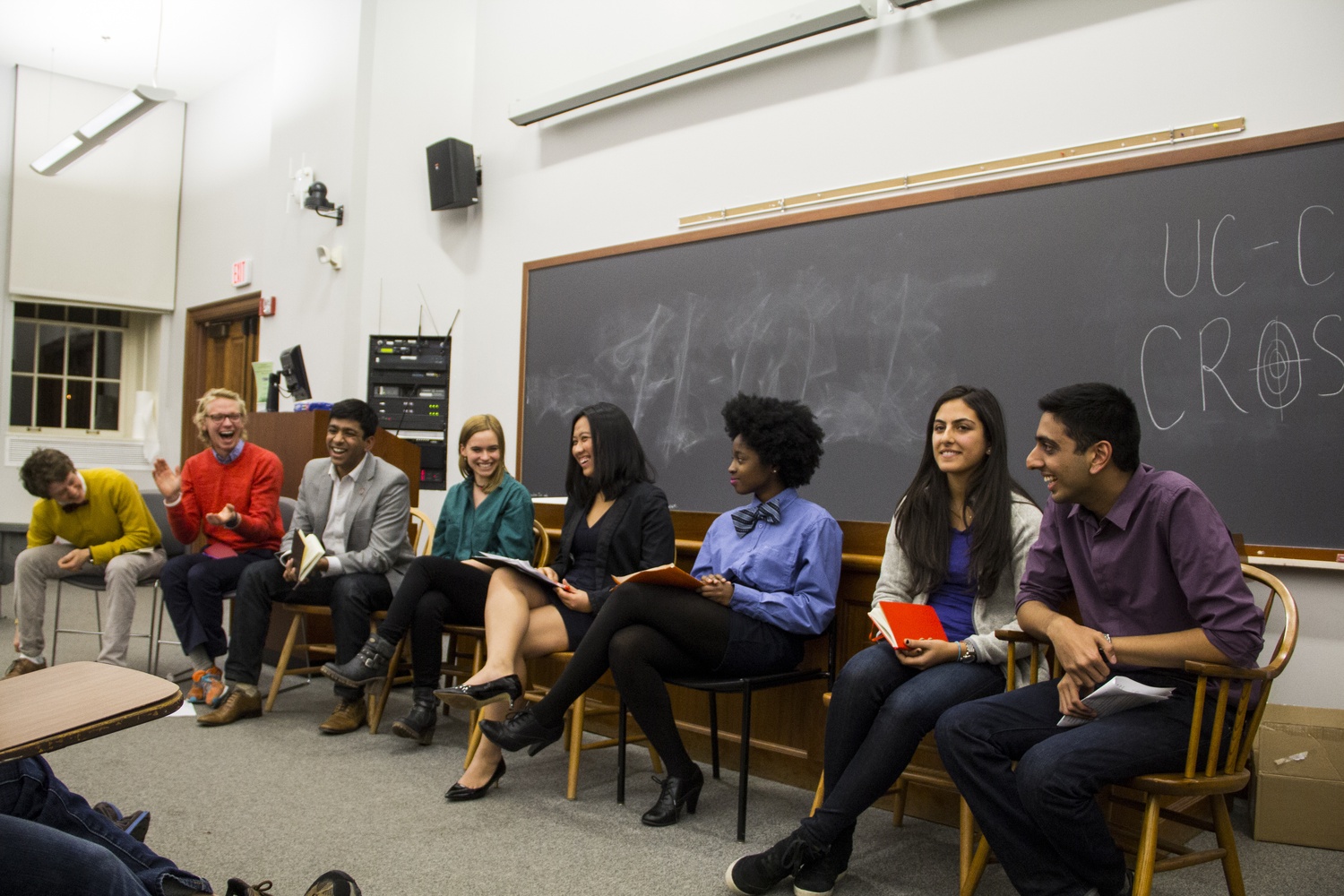 At right, Ava Nasrollahzadeh '16 and Dhruv P. Goyal '16—now Undergraduate Council president and vice president, respectively—discuss platforms with other candidates at a debate in November 2014. By Zorigoo Tugsbayar

“The moment the board steps on, we can’t demand funding,” Nasrollahzadeh said. “We don’t think that’s a tactical way of going about it, so we’ll first focus on building relationships.”

“Because [the UC is] a student group without a faculty adviser, an advisory board would be of particular use to us as we continue to take on projects that greatly affect the student body,” Brown said.

In addition to soliciting advice and funding, the advisory board will organize Council reunions, write a newsletter, and establish an online directory that both UC representatives and UC alumni can access, according to Brown.

“The alumni advisory board was created with the idea in mind that it’s sometimes good to have an outside perspective,” Nasrollahzadeh said. “Right now, we get our outside perspective from student groups, administrators, or faculty, but its easy to have your opinions clouded from the inside of the College.”

According to Nasrollahzadeh and Goyal, the donations that the advisory board will eventually gather would be for specific UC initiatives as opposed to for general Council funds.

“That’s a more of a concrete argument to make, rather than going to them and asking for a blank check,” Goyal said.

Nasrollahzadeh and Goyal will be meeting with University President Drew G. Faust on Thursday afternoon.