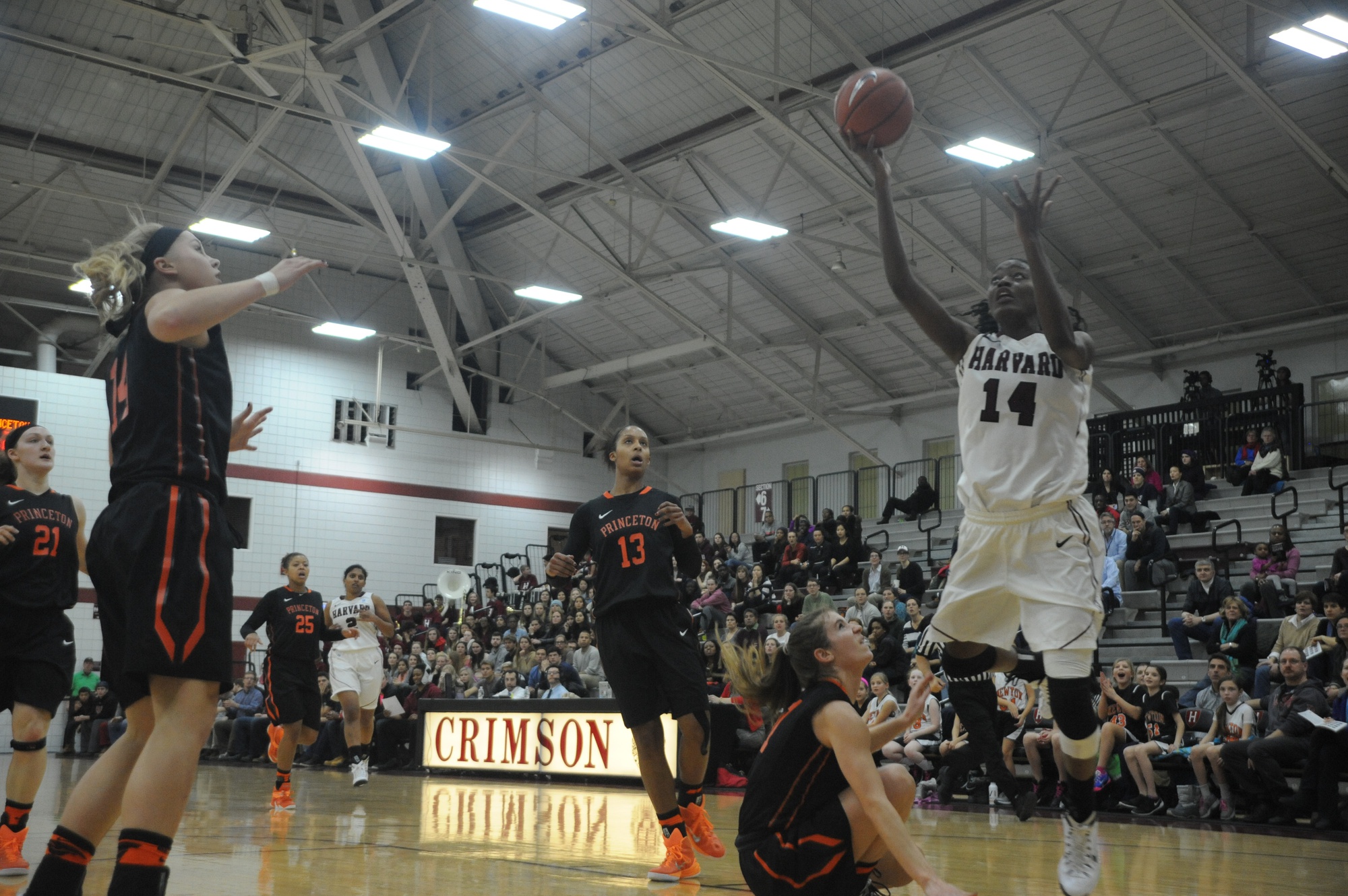 Though the Harvard women’s basketball team may have been on the losing end of a back and forth contest against Penn (11-6, 2-1 Ivy) Saturday evening at Lavietes Pavilion, the game was one for the record books.

As the first half came to a close, senior forward Temi Fagbenle sunk a free throw to become the 19th player in Crimson history to score 1,000 points. Fagbenle was Harvard’s leading scorer in the game, earning 19 points to bring her career total to 1,010.

“We actually had no idea that she was going for her 1,000th point,” junior forward AnnMarie Healy said. “It wasn’t until halftime that [one of] our assistants let us know that she had scored her 1,000th point. It was just sad we couldn’t get the win for her.”

Along with earning her 1,000th point, Fagbenle also earned her eighth double-double of the season, leading the team with 11 rebounds. Through 18 games, Fagbenle is averaging a double-double for the year with 14.5 points and 10.4 boards per game.

But it wasn’t enough for the Crimson (8-10, 1-3), who fell to the Quakers by a score of 74-69. Despite several major runs by Penn, the Crimson consistently battled back, creating nine lead changes over the course of the game.

With one minute left on the clock, Harvard trailed by a score of 65-54, but the Crimson kept fighting. Harvard scored 15 points in the final 42 seconds of play, getting as close as within four points. But the Crimson could not produce a 10th lead change, as the Quakers scored eight points in the same period of time to hang onto their lead as the clock wound to zero.

Coming off a difficult loss to No. 19/21 Princeton, Harvard got off to a strong start by scoring the first seven points of the game. The Crimson kept Penn from scoring for over three minutes, until senior forward Kara Bonenberger sunk a layup to get the Quakers on the board.

Despite Harvard's early lead, two quick threes followed to bring the Quakers within one. The Crimson would end the half with a slim lead, heading into the break holding a 33-30 edge.

At the start of the second half, it took nearly four minutes for either team to put the ball in the net, but once they broke the ice, the two teams went shot for shot.

But once the clock wound down to 8:50 left in the second half, Penn began to break away, starting with a layup by freshman forward Michelle Nwokedi. A trio of three-pointers would stretch the lead to 10, though it would eventually grow as big as 14 with less than two minutes remaining.

Three pointers played a major role for both teams throughout the game. Each side recorded 27 points from beyond the arc, with Harvard making 9-of-15 treys and the Quakers sinking 9-of-20. Co-captain Erin McDonnell and senior guard Ali Curtis each hit three, while junior guard Shilpa Tummala added another two from deep.

The Crimson faces its next Ancient Eight opponents this upcoming weekend when the team plays Brown and Yale at home. These will be the last two home games before Harvard heads on the road for four consecutive Ivy League contests.

“There’s still a whole lot of games to go, so we still have to keep trucking, stay strong, and you know, [not] waver from our goals as a team,” Fagbenle said. “We can’t let these losses get us down.”