Longoria, who was recognized as the 2015 Harvard University Artist of the Year, spoke Saturday between student group performances about her experience identifying as both a Mexican and an American.

“I lived my life straddling that hyphen of being Mexican-American,” she said. Longoria recalled “loving enchiladas and apple pie, loving mariachi music and Britney Spears.” 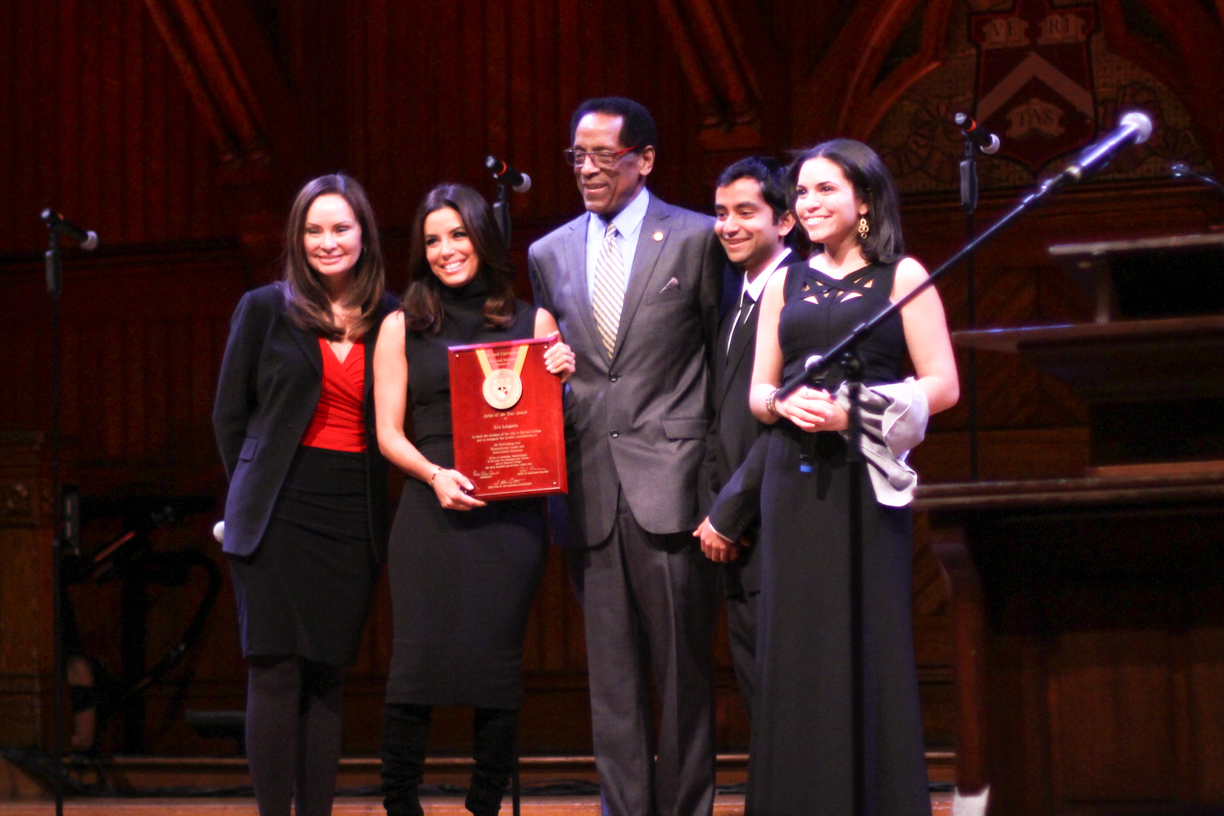 A variety of student organizations—ranging from dance to singing to martial arts—performed on Saturday at Sanders Theatre during Cultural Rhythms, which honored Eva Longoria as its Artist of the Year. By Katherine L Borrazzo

The “Desperate Housewives” star also discussed her philanthropic commitments and spoke about using education to promote understanding and development as well as the issues of diversity and oppression in society.

Longoria, who spoke for about 15 minutes, was just one element of a program that included a dozen student groups as well as other speakers. Rios, the honorary host of the event and one of the original founders of Cultural Rhythms, also spoke, as did S. Allen Counter, the director of the Harvard Foundation.

“Cultural Rhythms captures the true spirit and essence of the Foundation’s mission: to improve intercultural understanding and fellowship among Harvard students and faculty,” said Counter, who helped start Cultural Rhythms with Rios and who commended Rios for her innovation and far-reaching vision when founding the festival. “You are here for four years; we [professors] are here for a lifetime; Harvard is here forever.”

The first student performance featured the Ballet Folklorico de Aztlan, the oldest cultural organization at Harvard whose aim is to spread Mexican culture and heritage through traditional folk dances. The group was followed by the Harvard Wushu team, which received the only standing ovation of the show. The team performed a style of contemporary Chinese martial arts. 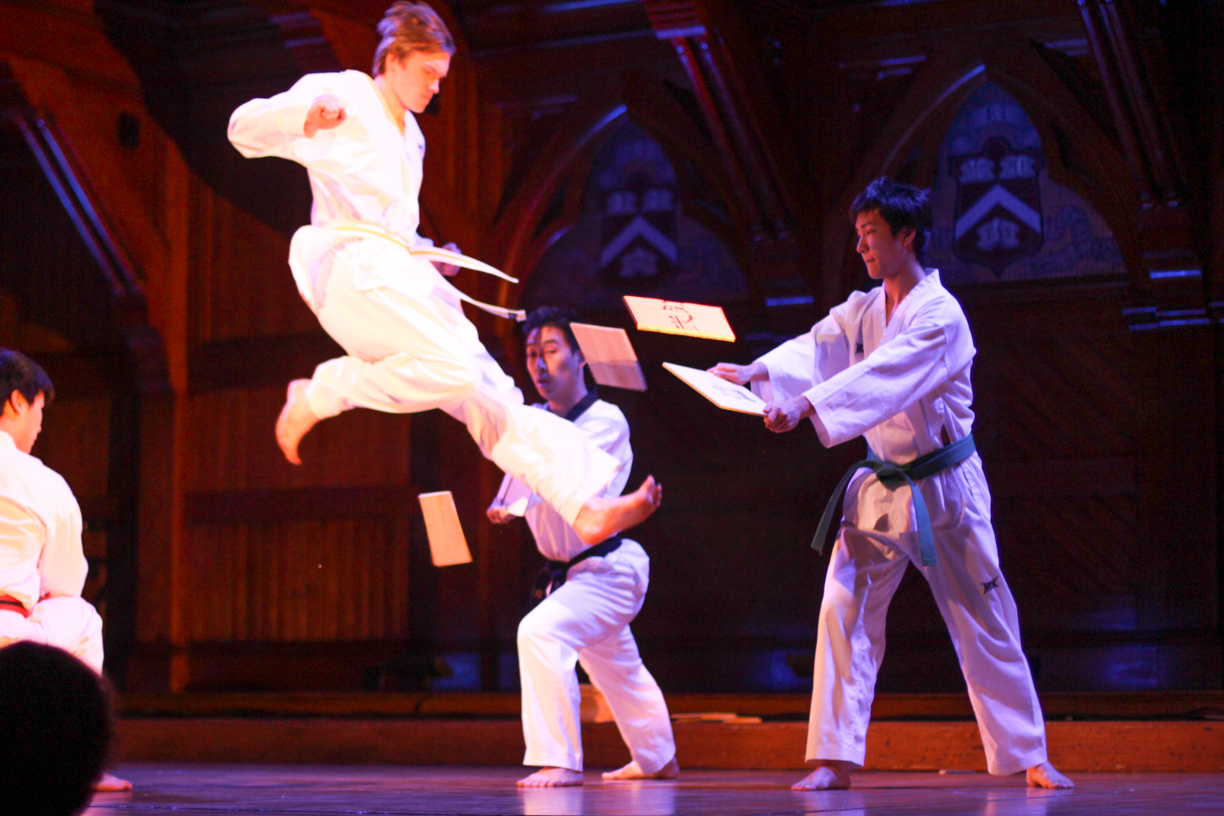 Harvard Taekwondo performs during Cultural Rhythms at Sanders Theatre on Saturday. The event honored actress Eva Longoria as the Artist of the Year. By Katherine L Borrazzo

Subsequent acts featured Under Construction, an acapella group that celebrates spirituality on campus; Expressions Dance Company, a hip hop dance group that is student-choreographed and led; the Mariachi Véritas de Harvard, a group that is dedicated to performing Mexican regional folk music; and the Pan African Dance and Music Ensemble.

“[Cultural] gives us a unique opportunity to reflect back on 30 years of rich tradition and history and think forward to the future of this institution and the celebration of diversity on this campus,” said Irfan Mahmud ’16, co-director of Cultural Rhythms and an inactive Crimson news editor.

“We are transforming Sanders Theatre into an international and intercultural celebration,” said co-director Cary A. Williams ‘16.

After the performances, attendees were invited to a cultural food festival that featured food stations from 19 student cultural organizations.