In Face of Storm, Most Harvard Schools Will Close Monday 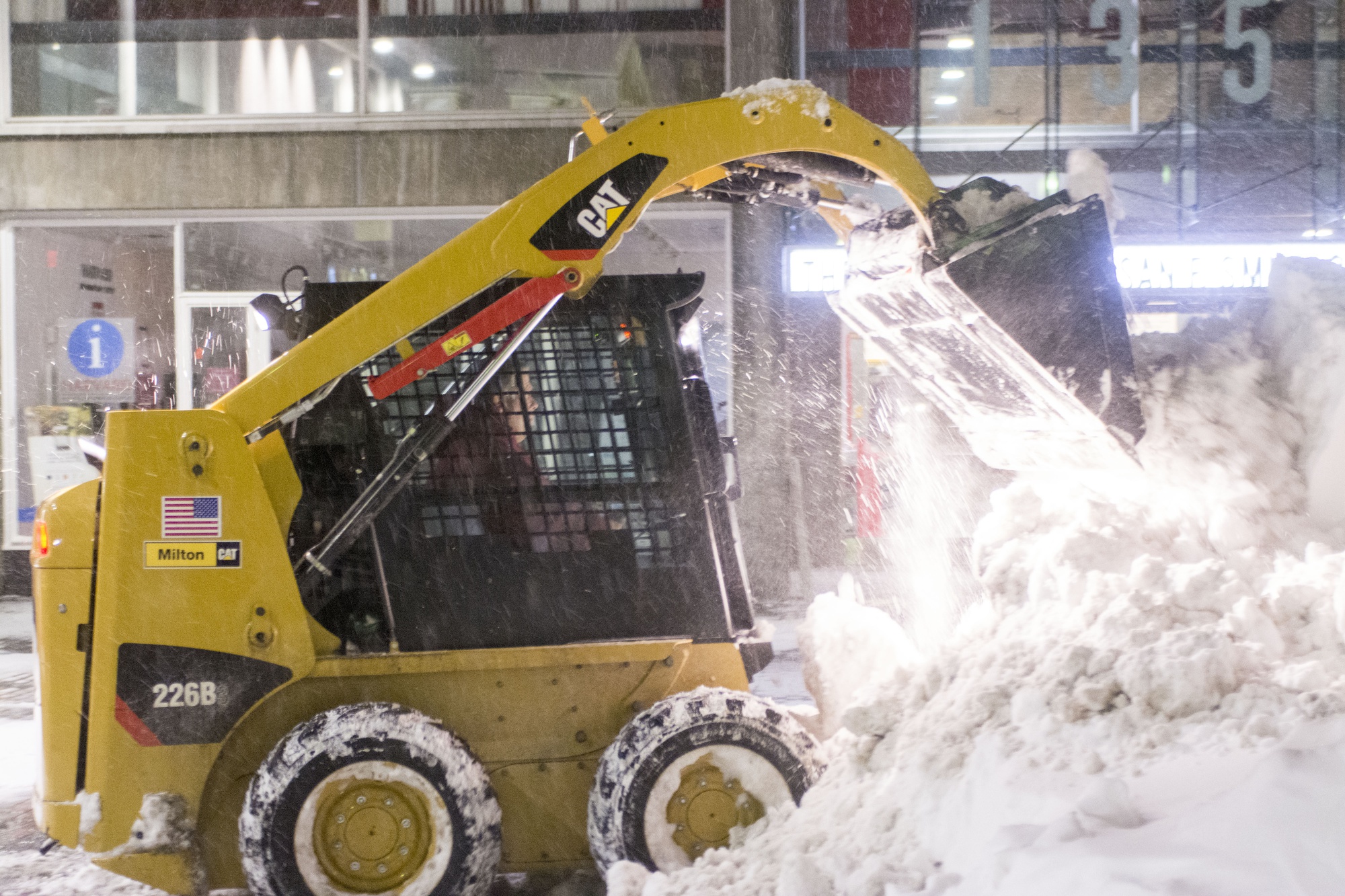 A worker clears snow from the sidewalk in front of the Smith Campus Center on Sunday night.
By Samuel E. Liu, Crimson Staff Writer

Most Harvard schools will suspend classes and other functions Monday in the face of a storm that may drop almost two feet of snow on parts of New England, marking the second time Harvard has suspended operations due to inclement weather in two weeks.

The Faculty of Arts and Sciences canceled all Monday classes and sections and will close its libraries, according to an emergency email communication sent to FAS affiliates Sunday. The Harvard Extension School, similarly, canceled all classes, although web conferences will go on despite the weather. Administrative offices across Harvard will be closed Monday, although critical personnel are still expected to report for regular shifts, according to an emailed University weather update from Executive Vice President Katherine N. Lapp. 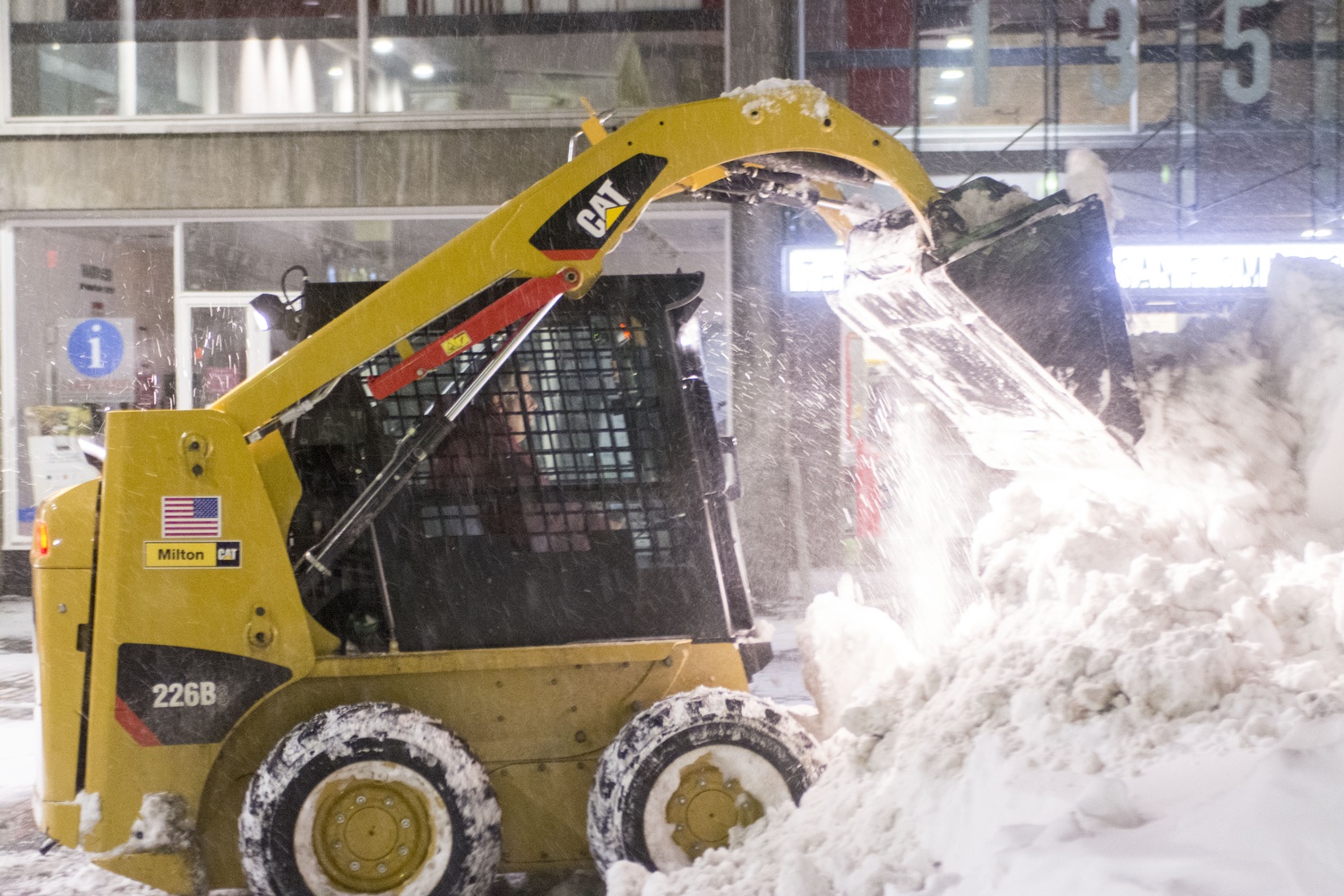 A worker clears snow from the sidewalk in front of the Smith Campus Center on Sunday night. By George J Lok

In advance of the snowstorm, the National Weather Service issued a warning Sunday afternoon forecasting winds of 10-15 miles per hour facing the Northeast, with gusts up to 35 miles per hour. Massachusetts Governor Charles D. Baker ’79 declared a statewide snow emergency in response to the weather, but did not issue a statewide travel ban, instead asking Massachusetts residents to stay off the road. The MBTA will run on an abbreviated schedule Monday.

The storm and subsequently canceled courses prompted scheduling changes at FAS. Make-up exams that were originally scheduled for this week have been postponed until next week, according to FAS Registrar Michael P. Burke.

The deadline to add or drop a course without a fee at FAS—originally slated for Monday—has been extended to Friday.

Shuttle services are also scheduled to operate on Monday. “We will monitor the weather, and so long as it is safe to do so, we will continue to operate,” Director of Harvard Transit and Fleet Management David E. Harris Jr. said.

Harvard last closed on Jan. 27, when blizzard “Juno” blanketed Cambridge with about two feet of snow. Harvard, however, has rarely closed for inclement weather events in the past. In 1977, former Dean of Students Archie C. Epps III joked that, “Harvard University will close only for an act of God, such as the end of the world.” More recently, 2012’s Hurricane Sandy and 2013’s winter storm “Nemo” prompted the University to close.