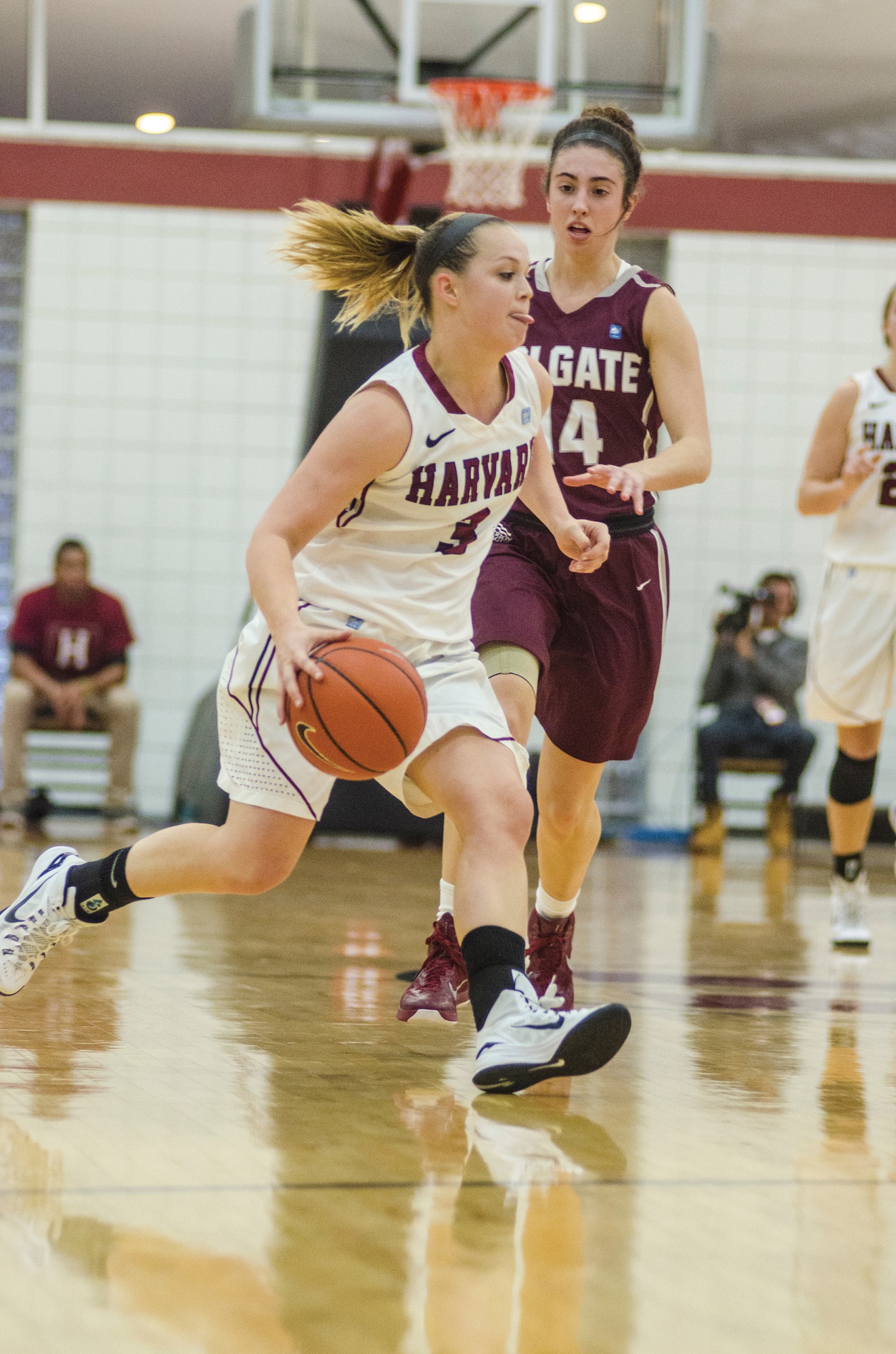 For the second consecutive game, the Harvard women’s basketball game came down to the last minute, and for the second time, the Crimson was on the losing end of a neck-and-neck battle with an Ivy League foe.

After a back-and-forth battle that saw five ties and ten lead changes, Harvard (8-11, 1-4) lost their third consecutive Ancient Eight game, all three losses coming at home. Though Harvard was within two possessions nearly the whole game, Brown set the pace for much of the game as Harvard struggled to slow down the Bears’ top scorers.

Brown suffered early, as freshman starting forward Janie White fell to injury on the Crimson’s first possession following the tip-off. It appeared at first as though this may provide a window for Harvard to exploit the adjustments the Bears were forced to make down low, but the Brown guards filled in to prevent easy baskets in the paint.

“I’m sure they thought it [changed our game plan],” Harvard coach Kathy Delaney-Smith said. “It allowed them to just play scrappy guards that beat up on us and went after the ball real tough.”

Harvard’s frontcourt carried the bulk of the scoring with senior forwards Temi Fagbenle and Erin McDonnell and junior AnnMarie Healy each scoring in double digits. Fagbenle led all players on the court with 28 points. However very few of the baskets came easily as the Crimson scored 25 second-chance points compared to Brown’s four.

The Bears got off to a hot start in the first half as Harvard struggled to slow down their offense with a full court press. Brown had no trouble breaking through the pressure, leaving a fast break opportunity for an easy layup. The Bears went 11 for their first 15 attempts to take advantage of the Crimson’s struggles in transition defense. Harvard was able to eventually slow down Brown’s offense, but it may have been too little, too late.

“I just don’t believe you can start a ball game that way, and we’ve done that all year,” Delaney-Smith said. “Obviously I’m not coming up with a solution, but it’s very, very hard that we start games and dig ourselves a big hole that we’ve done game in and game out.”

Brown was led by the scoring of junior guard Ellise Sharp, who had 19 points on the night, and senior guard Sophie Bikofsky, who had 14 points, mainly on four-for-six three point shooting. Overall, the Bears went 10-for-19 behind the arc, while the Crimson struggled from deep, scoring on only seven of 21 attempts.

McDonnell started the second half strong, scoring Harvard’s first six points of the period. However, the Crimson could not gain an advantage, as Brown answered each of McDonnell’s baskets.

The game came down to the final minute, as with 12 seconds left senior guard Ali Curtis pulled the game within one with a deep three-pointer. However, Sharp sunk two free throws after a foul by Fagbenle to put the Bears back up by three. A desperation three-pointer by junior Shilpa Tummala missed the mark as the buzzer sounded.

“I think we fought hard the entire time, they just fought a little bit harder,” McDonnell said. “We had too many mental breakdowns…. We talked about wanting it more than them and that’s not just about hustle its about mental toughness, being smarter than them, outsmarting them on every single possessions and we had some unfortunate mental errors.”

With one more chance to win at home tomorrow night, the Crimson will face Yale tomorrow at 6 pm. Yale is currently undefeated in the Ivy League, coming off of a 60-46 win against Dartmouth, and will present a tough test for Harvard.