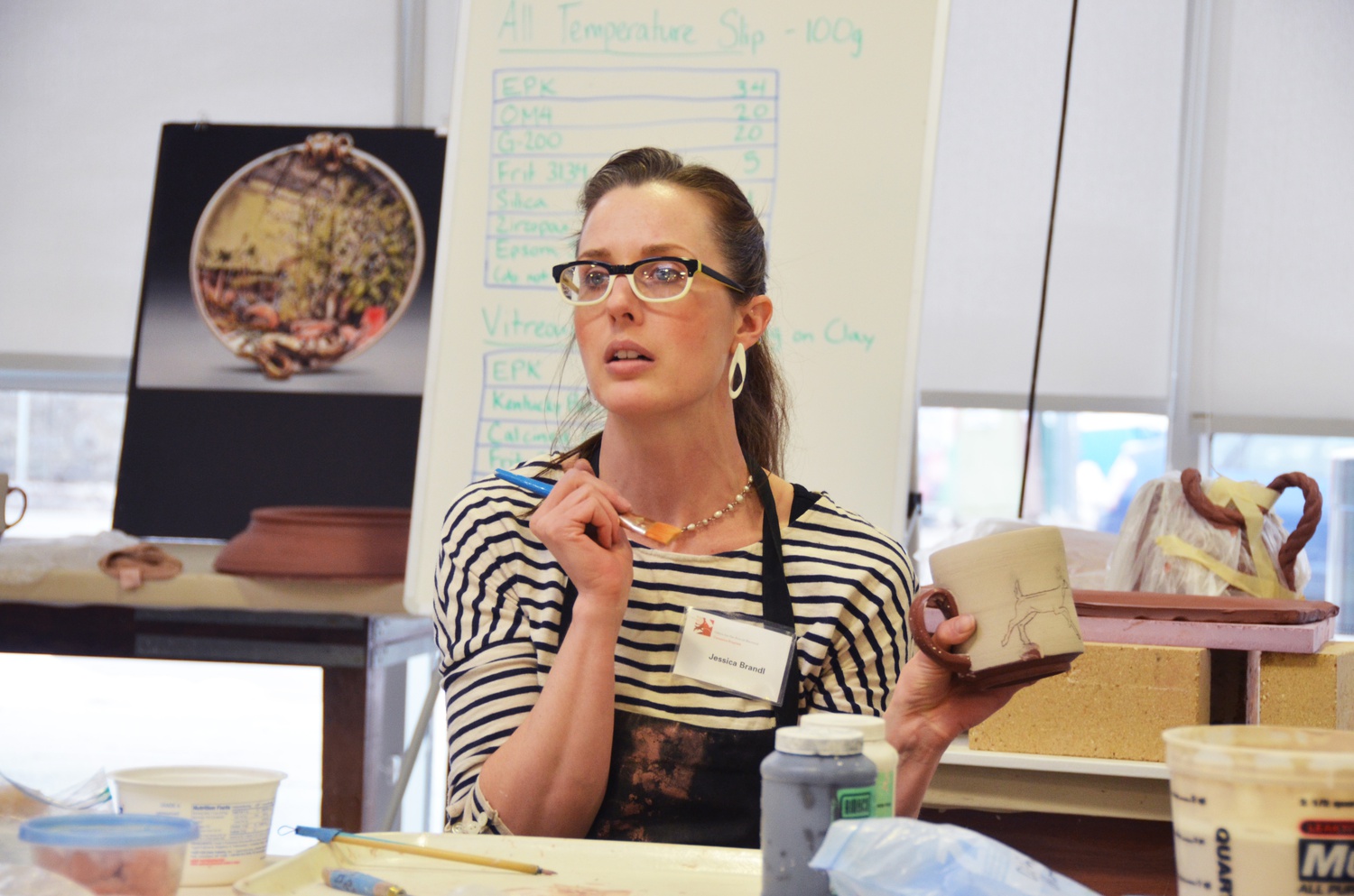 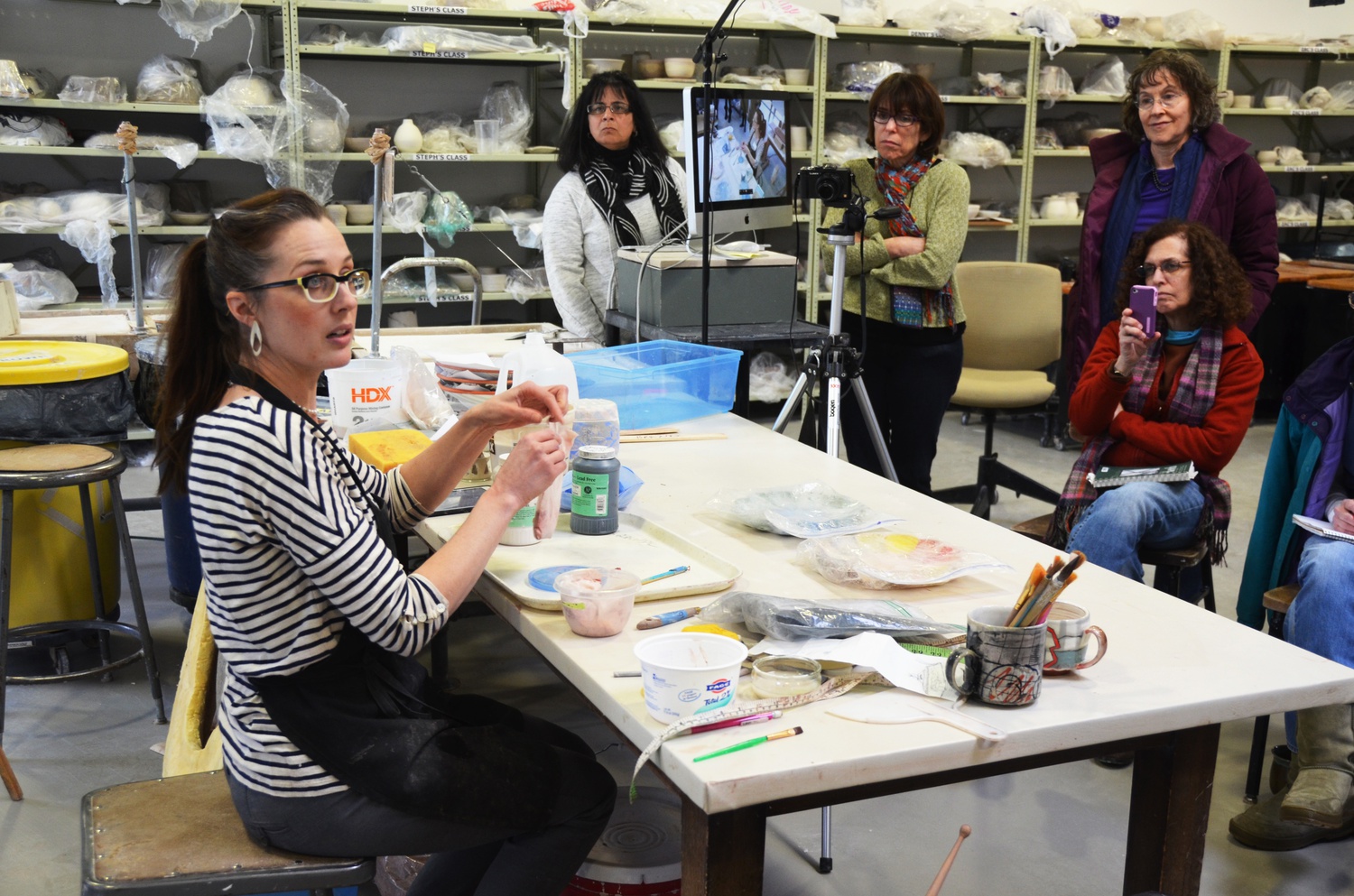 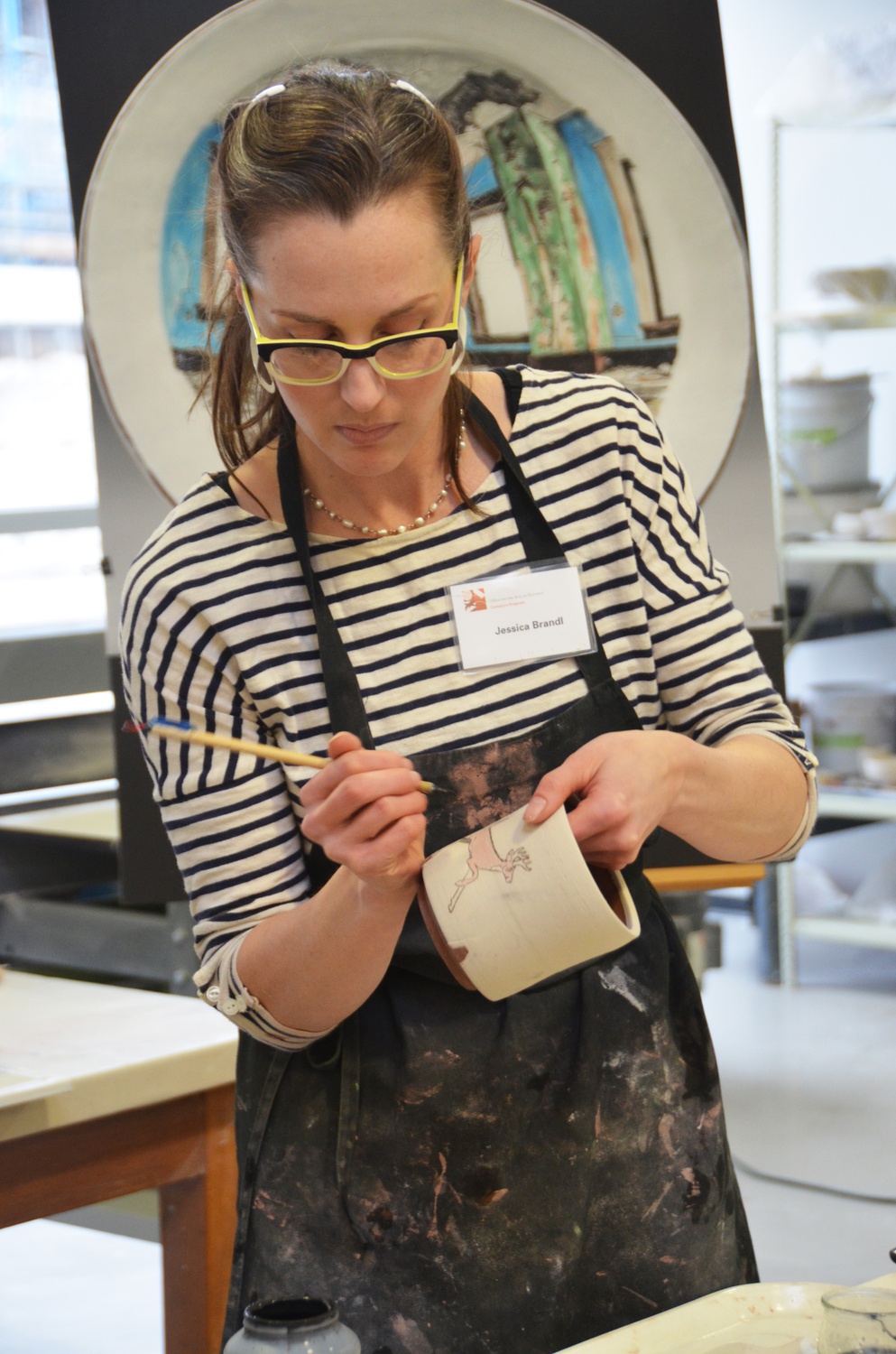 Jessica Brandl was having a busy Thursday. She had just finished an hour-long slide show after leading a 6-hour workshop that morning—two responsibilities she has taken on as this year’s artist in residence of the ceramics program at the Office for the Arts. But clad in colorful stripes and funky patterned socks, Brandl looked anything but worn out. At the end of a hectic afternoon, Brandl took time to talk to The Crimson about her artistic beginnings, themes in her work, and her time at Harvard.

The Harvard Crimson: What inspired the focus on Americanism present in much of your work?

Jessica Brandl: I essentially start from what I know, which is this domestic understanding of, “Okay, I live in middle America. What kind of group of middle Americans am I from? Am I upper class? Am I lower class?” I try to find who and what you are also while using where you are. It’s kind of like you’re plotting out a coordinate of when and where you are.

THC: Does the fact that you grew up in the Midwest affect your art in a specific way?

JB: I’m sure that it would be different [if I had grown up somewhere else], but I think that one of the little revealing windows I had was that things are not as they always are where you grow up.… I was born in Texas and had a formative childhood growing up right outside of Austin. So that’s a really metropolitan area that’s got arts culture, all that stuff. [But] my parents didn’t really take us to art museums and that kind of stuff because…it wasn’t associated with their social background of being kind of lower class, kind of working class.

THC: What’s more important to you, that people use your pottery or that they see it?

JB: One thing that is pretty specific to the Midwest is this…“it’s gotta have a function” mentality. That always stuck with me even as I explored drawing, painting, making art with a capital “A”: that its function is itself to be appreciated. [But] I like to revel in the fact that art is also very subjective.… There is a fascinating undeniability when you try to make a cup into art. I can make a drawing, a study, a statement on the exterior. If you hate it, that’s fine—you don’t have to look at it, because it still has a secondary function: that you can pour your coffee into it and drink out of it. Just don’t look at the side that bothers you.

THC: In Rome this summer, you’ll be working with pottery artifacts from Pompeii. What are your thoughts on if someone were to pick up your artwork centuries from now?

JB: It would be an exceptional thing. Any time any artist makes an object, they are setting it in a motion that outside of their studio they don’t necessarily have control over anymore.… It really does have its own life. And it has meaning, especially if it’s an ambiguous representation, that may not be communicated as you initially did but [it’s] still no less beautiful.… With the artifacts that you see, a lot of those objects were not intended to last forever. They got lucky; they got the object antiquity lottery.… I’m working in that same vein of solid permanence.… My objects could hit the lottery. They could be reconstructed, remanipulated.

THC: How has your time at Harvard impacted you?

JB: I wanted to come to Harvard because [I was] looking for ways and systems of talking about my work.… What’s the big picture? What’s the system that drives this all? How can I talk about this inner relationship between reading objects as reflecting their history and culture and my role as an organism in that culture? My high school was so conservative that I don’t think I ever had evolution taught…I began to explore that and I found that a lot of the writers about the subject were from Harvard. I was…operating like this do-it-yourself anthropologist. Coming to Harvard was secretly indulging the fact that a lot of my new heroes [gave] me a better angle on…the way the world works.