An Intellectual Renewal: Academics in the Houses 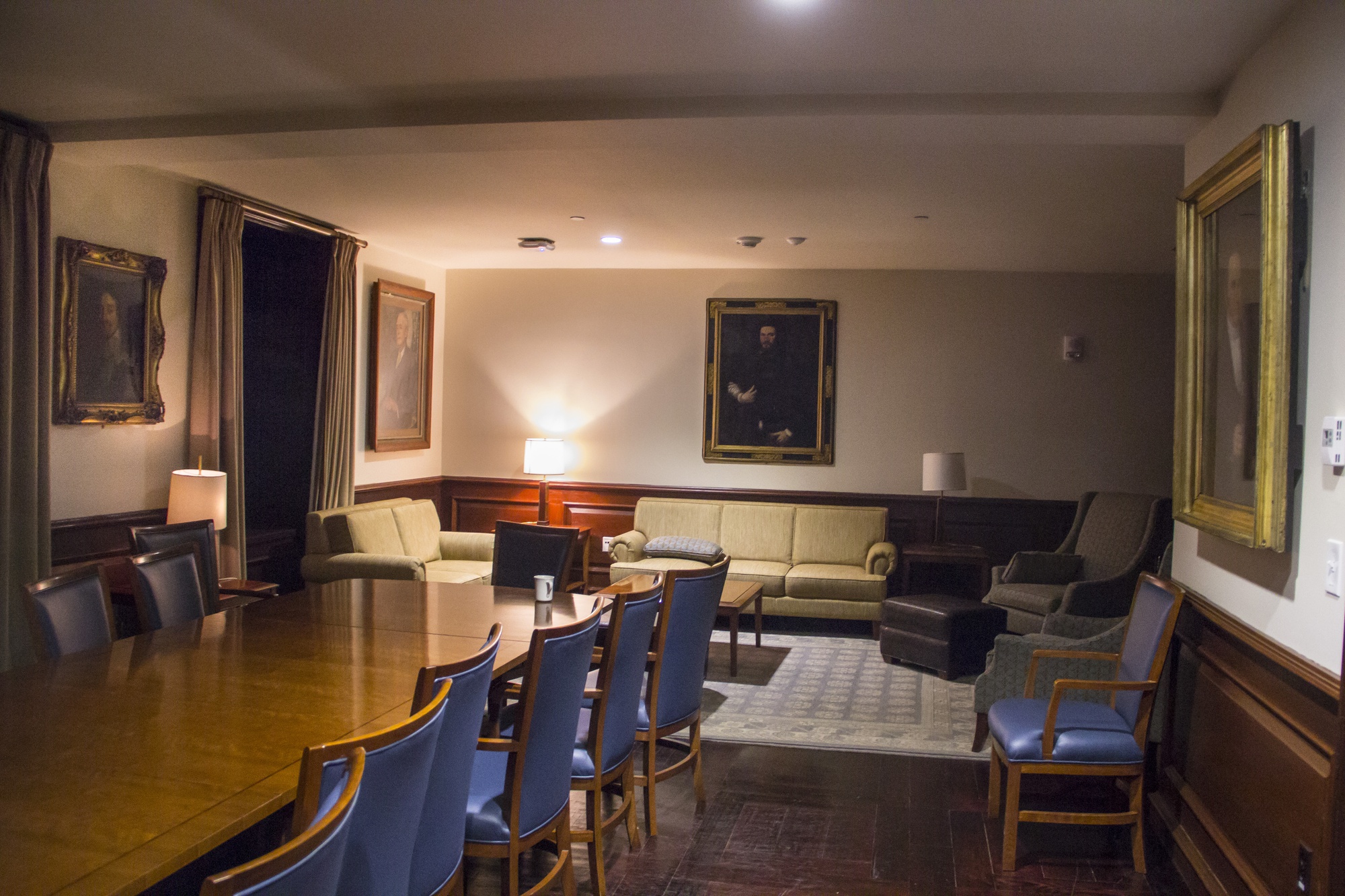 In 2009, as Harvard began taking steps toward a comprehensive renewal of its residential House system, the Faculty of Arts and Sciences House Program Planning Committee released a report detailing the changes needed to revitalize the Houses.

In a letter introducing the report, then-Dean of the College Evelynn M. Hammonds described the House system as “essential, not ancillary, to a Harvard education,” adding that learning occurs in the Houses in the form of discussion among roommates, formal programming, and faculty leadership. Fittingly, the Committee’s very first recommendation in its 110-page report was to encourage more faculty-student engagement in the Houses, focusing on retooling institutions like the Senior Common Room, a group of faculty members affiliated with each House.

As the renewal process detailed in the report nears a milestone with the completion of Dunster House, the first House to undergo a complete renovation, administrators are still working to address the report’s recommendations for strengthening the role of learning in residential life. 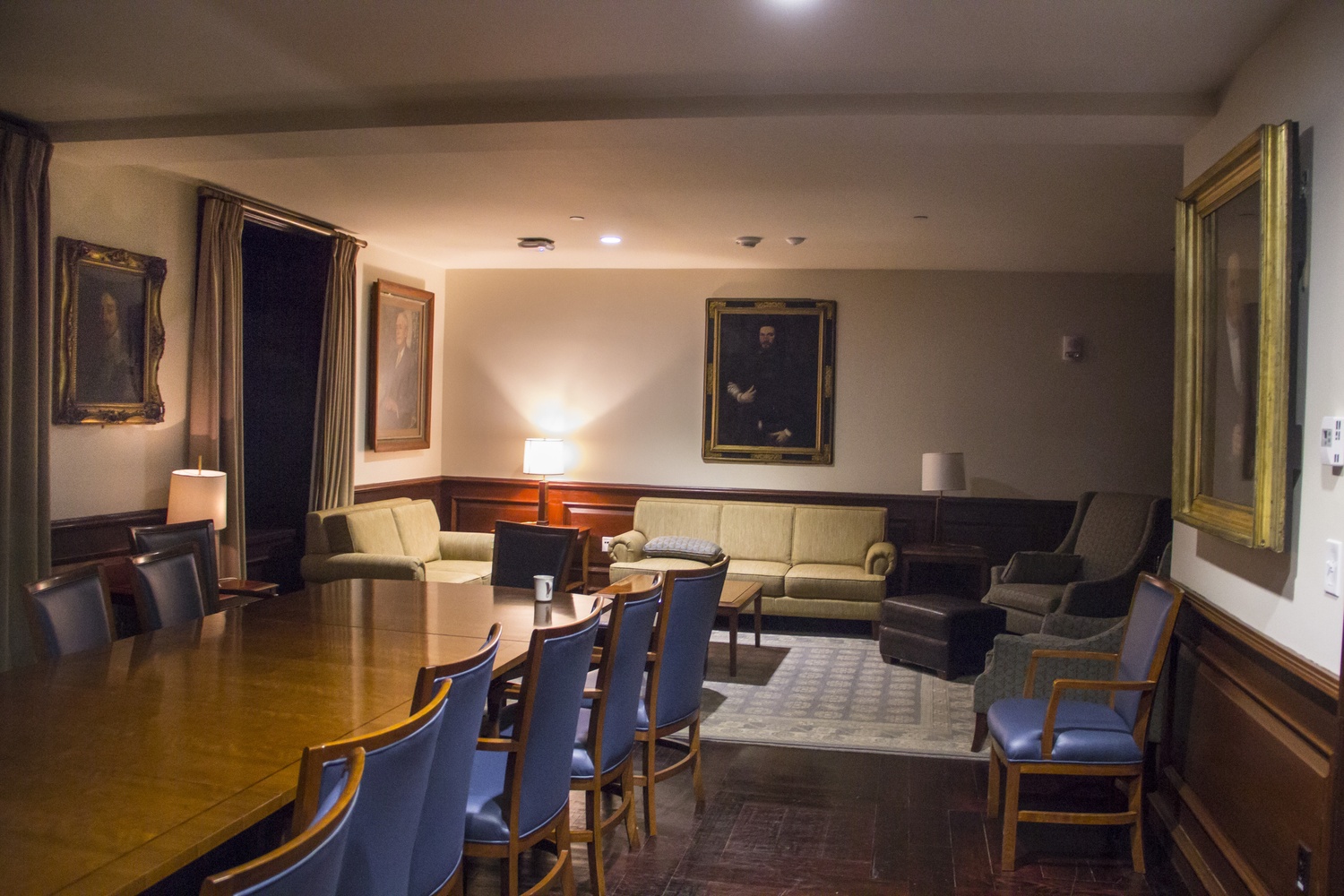 The Senior Common Room in Leverett House. By Zorigoo Tugsbayar

However, the primacy of academics in the Houses faces growing threats from two sides: Faculty are living further away from campus, and students find themselves increasingly busy with outside commitments. This can leave House institutions like the Senior Common Room adrift, their traditional role in limbo without direct engagement and promotion by House masters. Even with these challenges, administrators hope significant investment in classrooms and common spaces in the Houses and changes to the Senior Common Room will give new life to their vision of Houses as a space for both living and learning.

Although professors and students share close quarters in classrooms and faculty offices during the day, they head in separate directions after class. For many students, their evening hours are spent participating in extracurricular activities, while faculty leave campus and head to their homes and families.

When Dean of Freshmen Thomas A. Dingman ’67 was an undergraduate in Eliot House, he said it was more common to see faculty members around the House. Some of the professors in Eliot’s Senior Common Room lived in the House, and many sections and tutorials also took place under Eliot’s roof. It was common for teachers and students to eat together in the dining hall and continue discussions from an earlier class.

According to Dingman, many members of the faculty lived in Cambridge and weren’t married, making it easier for them to spend time in the Houses.

“Houses were meant to be intergenerational,” Dingman said. “They were meant to inspire active involvement in lots of teaching member of the faculty….[there were] more teaching moments in the House.”

However, decades later, the Houses face challenges in bringing a new generation of teachers and students together in the same way.

“[W]e...have to recognize that in 21st century life, many faculty don’t live in Cambridge anymore, so a House is not within walking distance. We have two people working in a family in a partnership unit often, and that means people share responsibilities for home life,” said Dean of the College Rakesh Khurana, who lives in Cabot House with his wife and three children and serves as the House’s co-master.

Many students are drifting away from House activities towards extracurriculars, spending much of their time outside their House in one of the College’s numerous social or intellectual communities.

For other students, the drift away from Houses is more mental than physical. Instead of seeing the Houses as an academic community, many see them as a place apart from the pressures of formal classroom education.

“Houses are...great to kind of get away from the stress of academics and going back to a place where you’re socializing with friends,” Quincy House Committee Co-Chair Bianca Mulaney ’16 said. “You don’t want it to be too academic, because you’re already getting so much of that in classes and other activities.”

The desire on the part of students to have Houses as a space apart from the stresses of formal academics is one that House masters have picked up on. Mather House co-master Christie A. McDonald said the educational experience should be different in the Houses in that it should be a place where students can “come home and let your hair down a bit.”

From Wednesday Physics Night in Leverett to Eliot’s monthly Experiment Tea, there is a diverse array of pre-existing programming across across the Houses designed to draw in students and engage them intellectually.

Every House has its own combination of language and discussion tables, planned meals, and discussions with faculty that in many ways shape informal learning within the Houses.

To provide more formal academic engagement with students, multiple classes take place inside Houses. For example, the Social Studies sophomore tutorial is organized by House in order for community to develop outside the classroom, according to Anya B. Bassett,  the director of undergraduate studies for Social Studies.

In fact, more classrooms will be constructed within the Houses as renewal proceeds.  According to Dean of Student Life Stephen Lassonde, although not all of the Houses will eventually have classrooms, the goal is to try to make them available in each House neighborhood.

Classrooms in these renewed Houses are being built with technologically advanced equipment. The “smart classroom” in Quincy’s Stone Hall, for instance, contains touch-sensitive tablets and document cameras.

And once Harvard’s School of Engineering and Applied Sciences makes its eventual move to Allston, students will be able to use the classrooms to participate in a class being taught elsewhere, according to Lassonde.

Dunster House Committee Co-Chair Stephanie G. Franklin ’16 said she would be excited to see a classroom similar to the one in Stone Hall built in Dunster. “I know people like studying in the smart classrooms in Stone Hall,” Franklin said.

Administrators also envision common spaces within renewed Houses as places for learning, emphasizing that informal conversations play a critical part in education within the House.

“What really matters in many ways is the interactions that go on, it is the moments of truth when people sort of connect. It is encouraging serendipity, it is creating spaces where new connections can be made,” Khurana said.

In an effort to combat the growing physical distance between faculty and the Houses, the renewal process includes building more scholar suites, according to Khurana, in what he said was “a very intentional way” to increase faculty’s role in the House again.

This emphasis on learning spaces has not come without a cost to other House amenities, however. Last spring, Quincy House saw the elimination of its summer storage in large part because of the development of the smart classroom and common spaces in Stone Hall basement. Additionally, Mulaney said many students feel that with these renovations, they have less privacy for themselves.

“I know people have had really mixed feelings,” Mulaney said. “But I think ultimately the motivation behind [the change] is good.”

When the House Program Planning Committee released its report and recommendations, it addressed the lack of information around the identity and purpose of Senior Common Rooms. Noting that Senior Common Rooms theoretically could be a good way to facilitate faculty-student interaction, the report cautioned that in practice, the two constituencies could lack means of connecting with each other.

“The Senior Common Room is an outdated concept that in many cases is not working well for current students and faculty,” the 2009 report reads.

Six years later, not much about the direction of this longstanding House tradition has become clearer.

Several students interviewed for the story expressed confusion about the nature of the Senior Common Room, including a lack of understanding about the role of its faculty or identifying it only as a physical space.

Lassonde has encouraged masters to experiment with how Houses use Senior Common Rooms, acknowledging that they should no longer reflect their original form as places where faculty members may “stop by for sherry and dinner.”

Today, Houses use their Senior Common Rooms differently. Some have worked to strengthen the institution as a means of integrating faculty into residential life, while others have tried to shift the focus of a Senior Common Room from faculty to students.

O'Keefe added that before they made the change, the Senior Common Room was not really serving the students and the purpose of its existence was not clear.

Meanwhile, Lowell’s co-masters have worked within the Senior Common Room structure, seeking to build up the institution through intensive outreach efforts and additional programming.

According to Lowell House co-master Diana L. Eck, Lowell has not done away with its weekly meetings. Eck said the meetings provide an opportunity for members to talk about issues such as House renewal that they often do not get the chance to discuss. Sherry is sometimes served, Eck added, “in good Harvard fashion.”

For recently appointed professor Michael Bronski, the Lowell Senior Common Room has been an “anchor” for his life at Harvard.

“As somebody who is relatively new to Harvard, [the SCR has been] a really vibrant place to meet people and really feel like you’re part of the House,” Bronski said. “What is really great about the Harvard House System is that it really integrates students with older people... and I think the Senior Common Room is really the epitome of this.”

Even with the concerted efforts of House masters to encourage faculty to engage with the Houses and their residents, Lassonde said many structural barriers still must be addressed before recreating that larger role that faculty used to play in the Houses.

“To have anything like a Senior Common Room in the old style or even a modified form, we need to solve the parking problem and the babysitting problem, and then we’ll be able to get younger faculty involved as well,” he said.