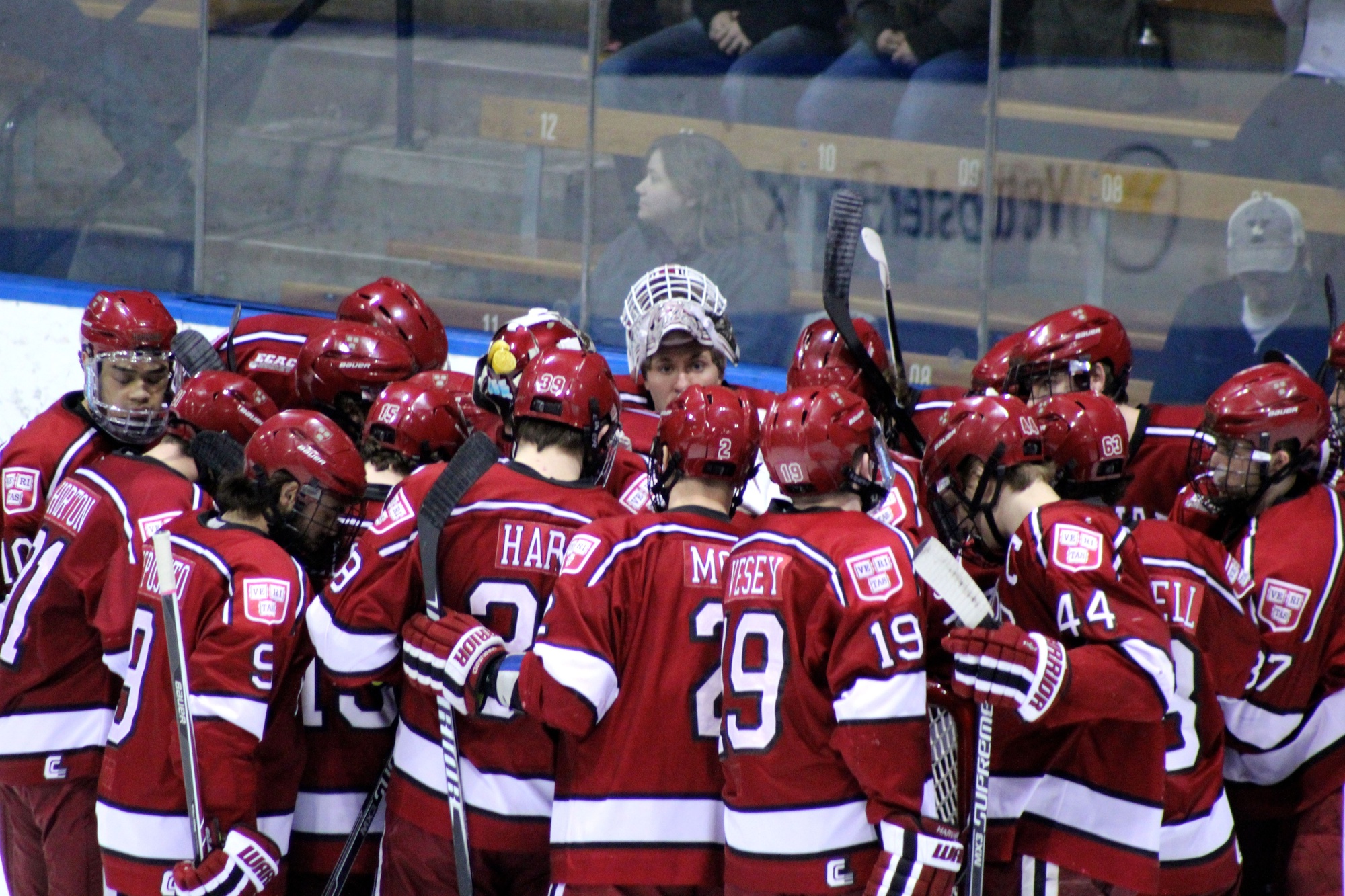 NEW HAVEN, Conn.—Jimmy Vesey entered Game 1 of the ECAC tournament quarterfinals with 49 career collegiate goals. When all is said and done at Harvard for the Ivy League Player of the Year, his 50th might go down as his most important.

With under two-and-a-half minutes left at Ingalls Rink on Friday, Vesey saw an opening on the right wing as sophomore linemate Alex Kerfoot muscled the puck away from Yale junior defenseman Rob O’Gara along the opposite boards. As Vesey sprinted up the slot, he found the puck on his stick a little earlier than he expected. He let his scoring instinct take over from there.

Saturday and, if necessary, Sunday will decide the ultimate meaning of Vesey’s 50th scoring play—a beaming one-timer past the left glove of sophomore goaltender Alex Lyon. But for now, the No. 18/- Crimson men’s ice hockey team (18-11-3, 11-8-3 ECAC) can appreciate its 3-2 performance on Friday as a special win—one marked by surprise returns and broken streaks.

The most surprising addition to the lineup was McNally. After injuring his right knee at Cornell on Jan. 23, the fourth-year blue liner had ruled out the possibility of returning during the regular season yet held out hope that a successful rehabilitation would allow him to return in a late postseason round. 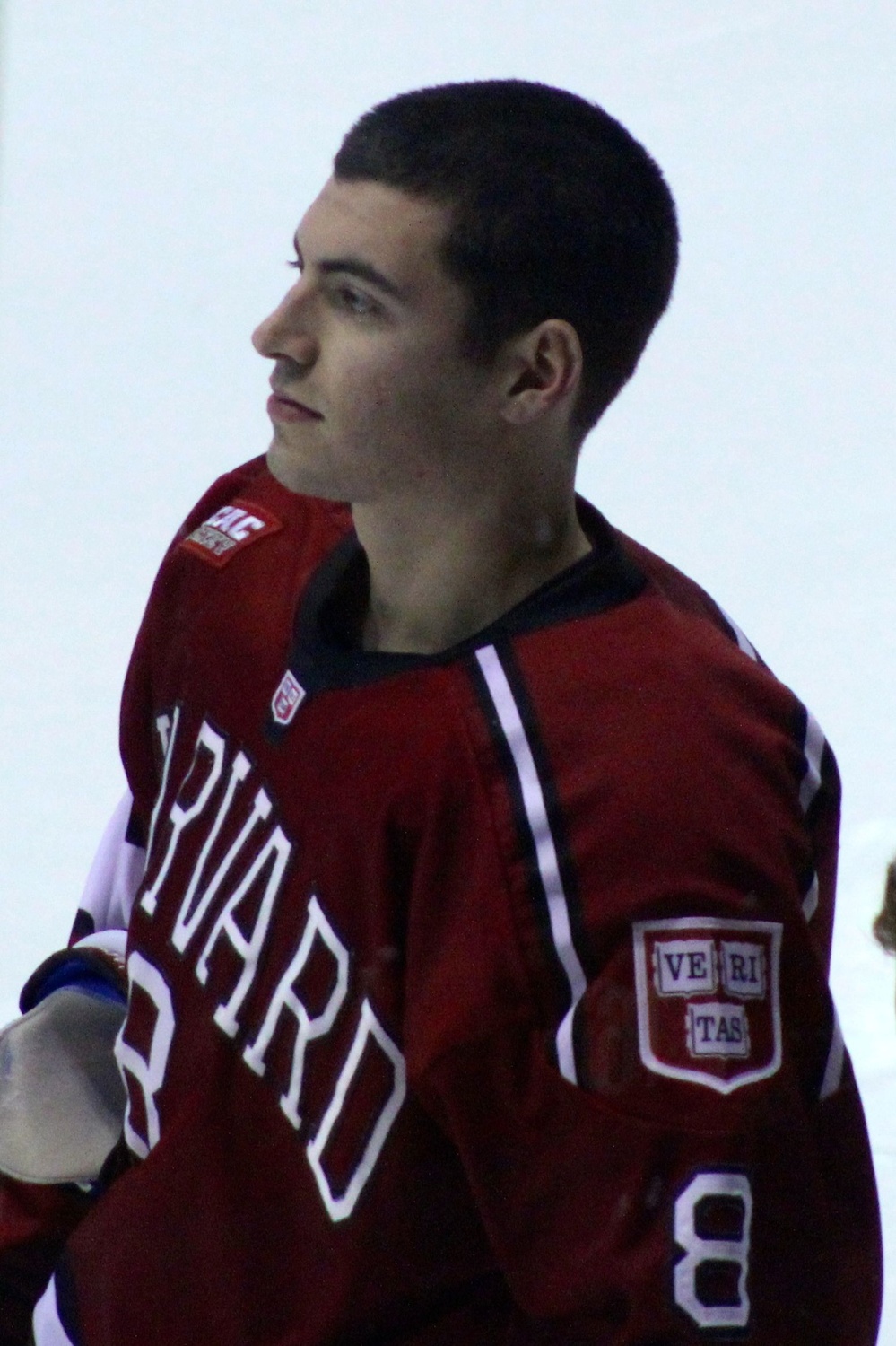 McNally, who leads all Crimson defensemen in goals, assists, and points despite playing in only 16 games this year, returned to non-contact skates two weeks ago and participated in his first full-contact practice on Wednesday. On Saturday, McNally reunited with junior defensive pair Desmond Bergin to provide an immediate impact on the Crimson back line.

Although perhaps a step slower on the back check than usual, McNally picked up where he left off in his stickhandling, passing, and forechecking game, and he gained strength as the night progressed. With No. 12/12 Yale (17-8-5, 12-6-4) threatening to score with an extra attacker in the final seconds, McNally cleared the puck from behind the Crimson net to Vesey to help clinch the game.

“[McNally’s] stick seems like it’s 20 feet long sometimes,” Harvard coach Ted Donato ’91 said. “He made, I thought, some real poised plays at the end to get us out of there with a win.”

Kerfoot, similarly, made a surprise impact after suffering a right upper body injury last week in Game 1 against Brown. 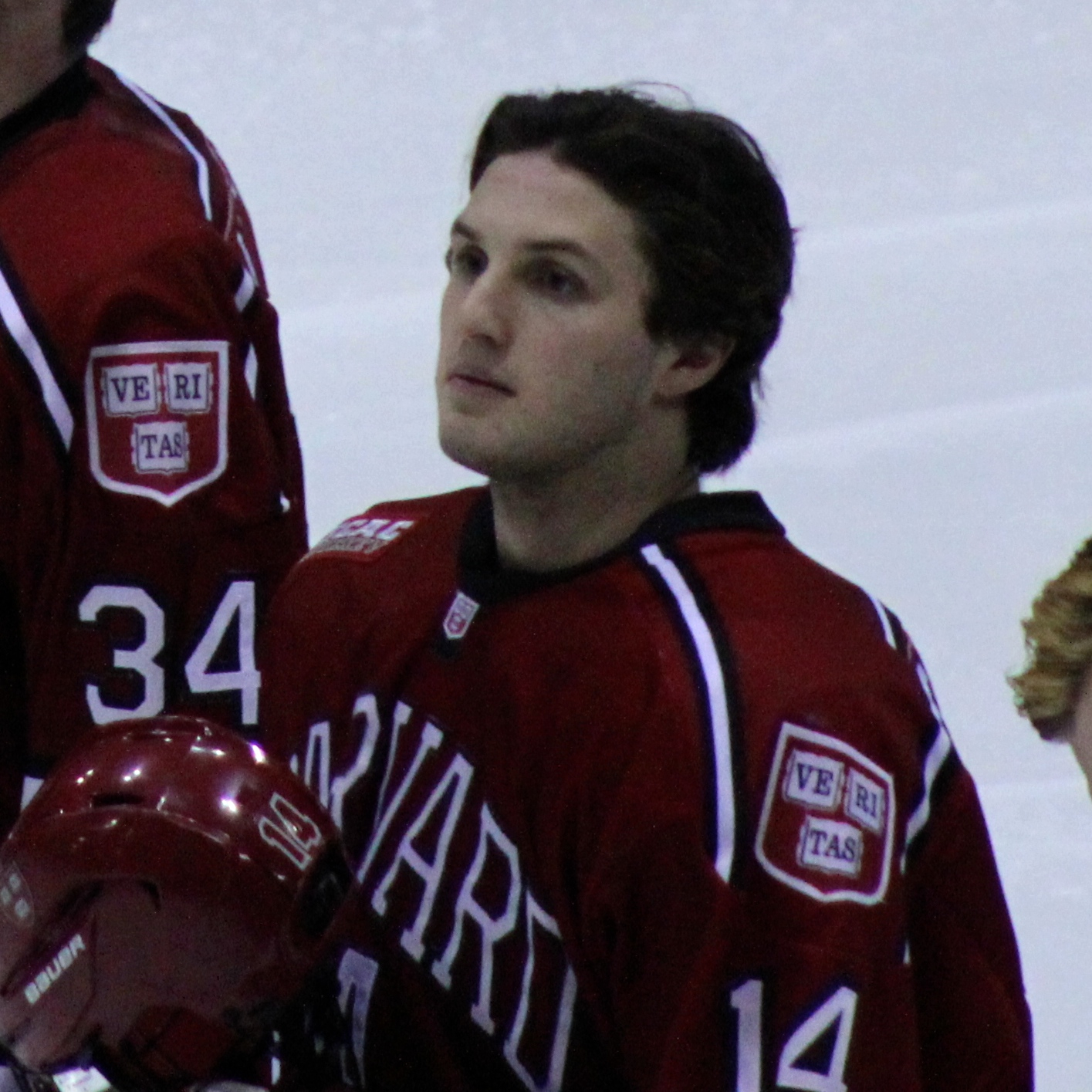 Despite being a game day decision on Friday, the sophomore finished with a goal and a game-winning primary assist. At the top of the crease, the New Jersey Devils draft pick stuffed in a feed from junior co-captain Kyle Criscuolo to give Harvard a 2-0 lead at 3:55 in the second period.

After Yale’s Nate Repensky tied the game following a holding penalty to Kerfoot early in the third period, the British Columbia standout sparked Harvard’s most important play of the season.

“[Kerfoot is] obviously a big part of our team and really is a difference-maker out there,” Vesey said. “He’s really dynamic, especially with the puck on his stick, so it was big to get him back.”

IN THE BELLY OF THE WHALE

On Sunday, Vesey needed a haircut.

After Harvard beat Brown last weekend, the North Reading, Mass. resident turned to a hometown friend for help with a bold do—something that would “spice things up in the locker room.”

Vesey’s newest look—a slightly fuzzy Harvard “H” shield stenciled into the back of his head—might not be the finest piece of hair artistry, but it got the job done on a day in which his teammates needed a spark as they played against history. 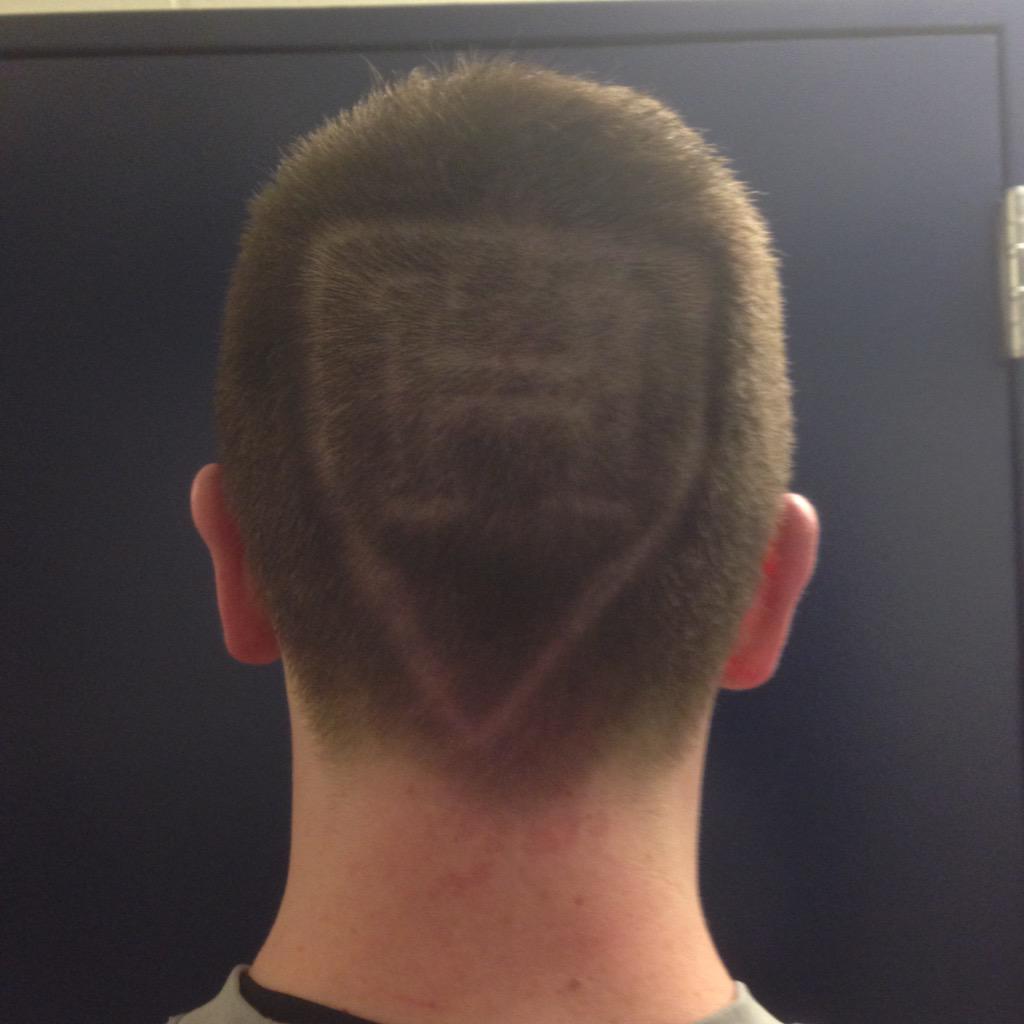 The Crimson’s win on Friday was the program’s first against Yale since the 2012 ECAC tournament, and its first at Ingalls Rink since January 2005. Only four dressed Harvard players—McNally, goaltender Steve Michalek, forward Colin Blackwell, and co-captain defenseman Max Everson—had played in wins against the Bulldogs prior to Friday.

“This year, we knew we had a better team,” Vesey said. “Sometimes, I think it’s just a psychological thing when we come out and don’t play our best, but tonight I thought we had a really good team effort. Every guy on the team worked hard, and it was great to come out on top.”