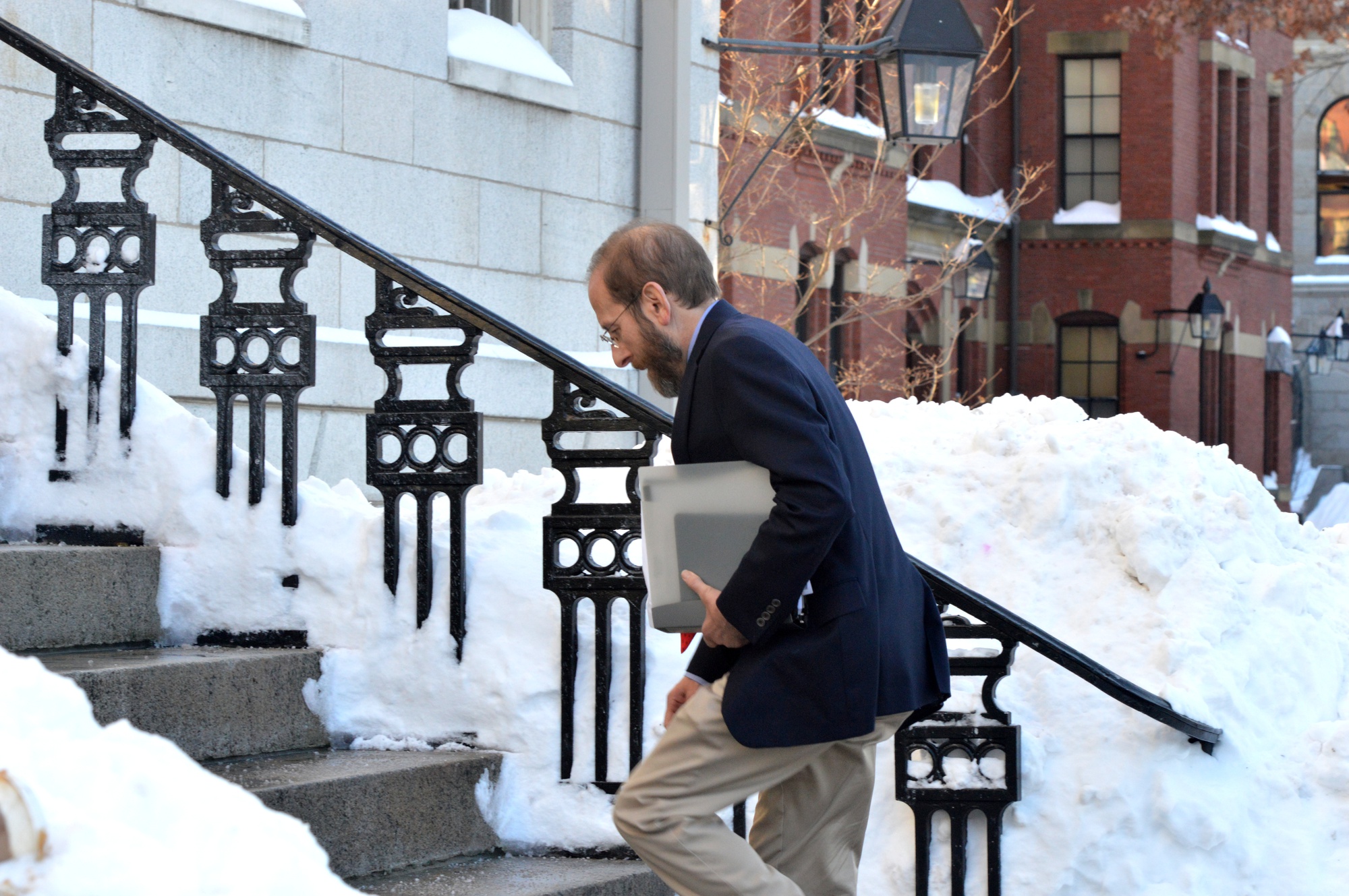 Provost Alan M. Garber ’76 enters University Hall to attend the semester’s first meeting of the Faculty of Arts and Sciences. The body voted to add a new Ph.D. program and learned that two students were dismissed for sexual misconduct in December.
By Karl M. Aspelund and Meg P. Bernhard, Crimson Staff Writers

The University Benefits Committee is actively considering offering an increased number and variety of health benefits options for non-union employees next year, including a plan that looks similar to the one offered in 2014 with increased premiums, according to committee members.

According to UBC Chair Michael E. Chernew, who is also a professor of health care policy at the Medical School, the UBC might “look at reoffering the 2014 benefits package” with a few alterations involving copay rates and deductible. The committee would also consider offering that plan alongside the existing plan or a slightly modified version. If both are offered next year, a revised 2014 plan is expected to have higher premiums than an updated version of this year’s plan, according to Chernew.

“We’re thinking about expanding the set of choices,”  Chernew said, adding that “communications [are] also a challenge and we would like to do a better job.” 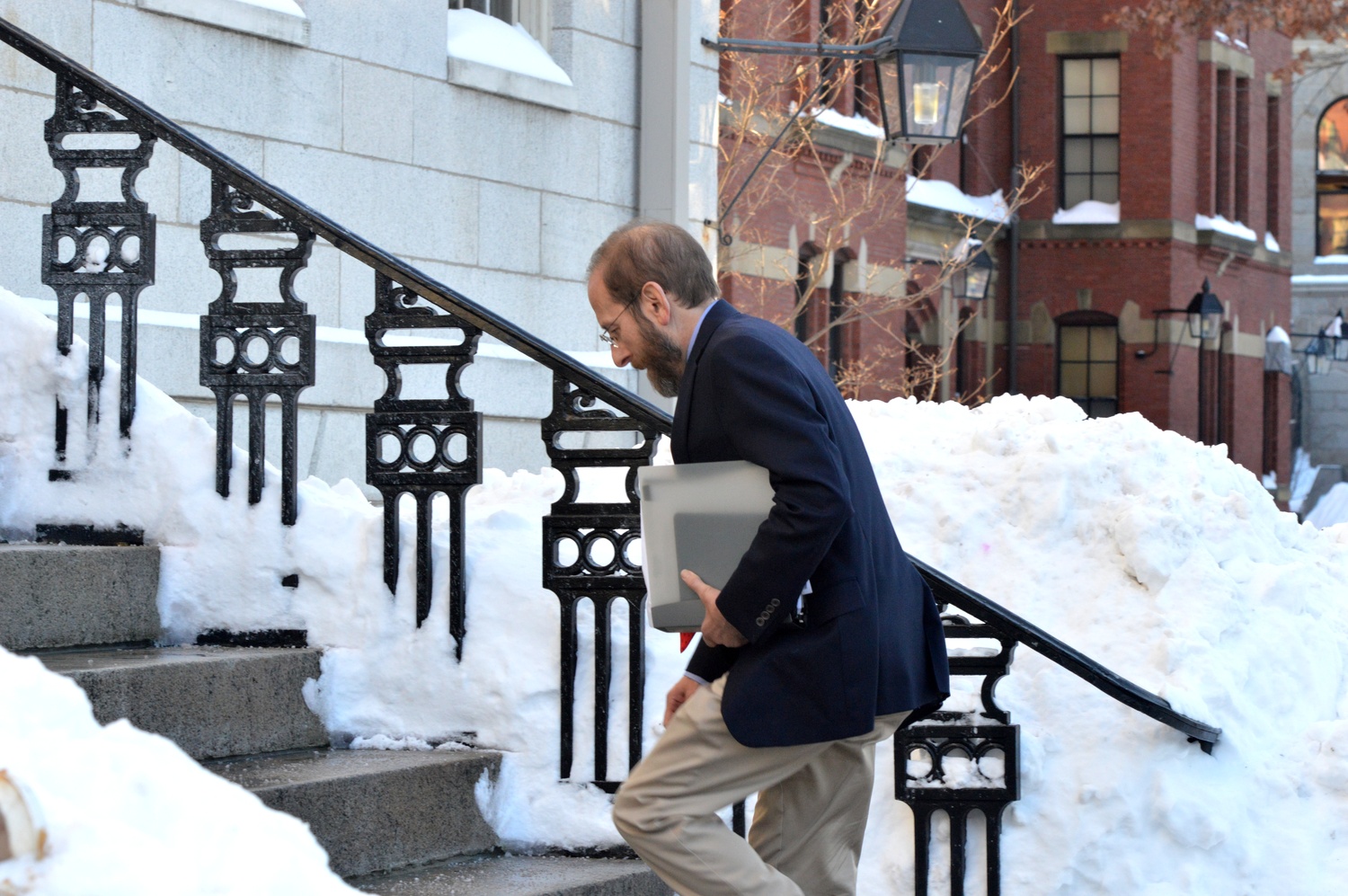 Changes introduced to the 2015 health benefits plan, which were first unveiled last September and rolled out in January, have come under considerable fire from faculty, who criticized the increase in costs for non-union staff—especially junior faculty—and what they perceived as a lack of communication between them and administrators.

After a unanimous vote by members of the Faculty of Arts and Sciences calling on University President Drew G. Faust to repeal the policy, the new health benefits plan to roll out as planned, but she also established a reimbursement program designed to support faculty and staff whose health care costs, excluding premiums, exceed 3 percent of their salaries.

The UBC held three information sessions over the last few weeks for faculty and non-union University employees to field questions and explain the package and its changes. Following these meetings, several UBC members said changes would “likely” be made to future health benefits plans offered.

The Faculty Council, the highest elected body of the Faculty of Arts and Sciences, discussed the UBC’s deliberations with Chernew during its meeting on Wednesday.

East Asian Languages and Civilizations professor Mark C. Elliott, who sits on the Faculty Council, said he was “encouraged” by the committee’s efforts and expressed “cautious optimism” about the future of the benefits plans.

“To me that seemed to indicate that they had taken some of the response that FAS faculty, in particular, had made when the news of the change to the health care benefit package was made early in the fall,” Elliot said. “[It seemed] that they had taken that to heart and they were looking hard at all available options.”

Faculty Council member and Comparative Literature professor David Damrosch said it was apparent that the UBC was taking a variety of plans into consideration.

“They are clearly trying to work a very difficult set of issues,” Damrosch said. “They are doing the best to open up different possibilities without overwhelming people with the complexities of different healthcare plans."

Council members said that in the last few months, Provost Alan M. Garber '76 and the UBC had made efforts to better communicate with the faculty and have been using the Council as a point of contact. The University released a detailed fact sheet in early February outlining Harvard’s health care expenditures, and Chernew said that improving communications with faculty and others affected by the UBC’s recommendations is on the committee’s agenda.

Additionally, University Provost Alan M. Garber ’76 attended a Council meeting on Feb. 11 to discuss issues of administrative transparency, pledging to meet with the body at least once a semester.

“Provost Garber was of the same ideal of communication [as the UBC], and I think that’s all a positive development,” Council member and Germanic Languages and Literatures department chair John T. Hamilton said.