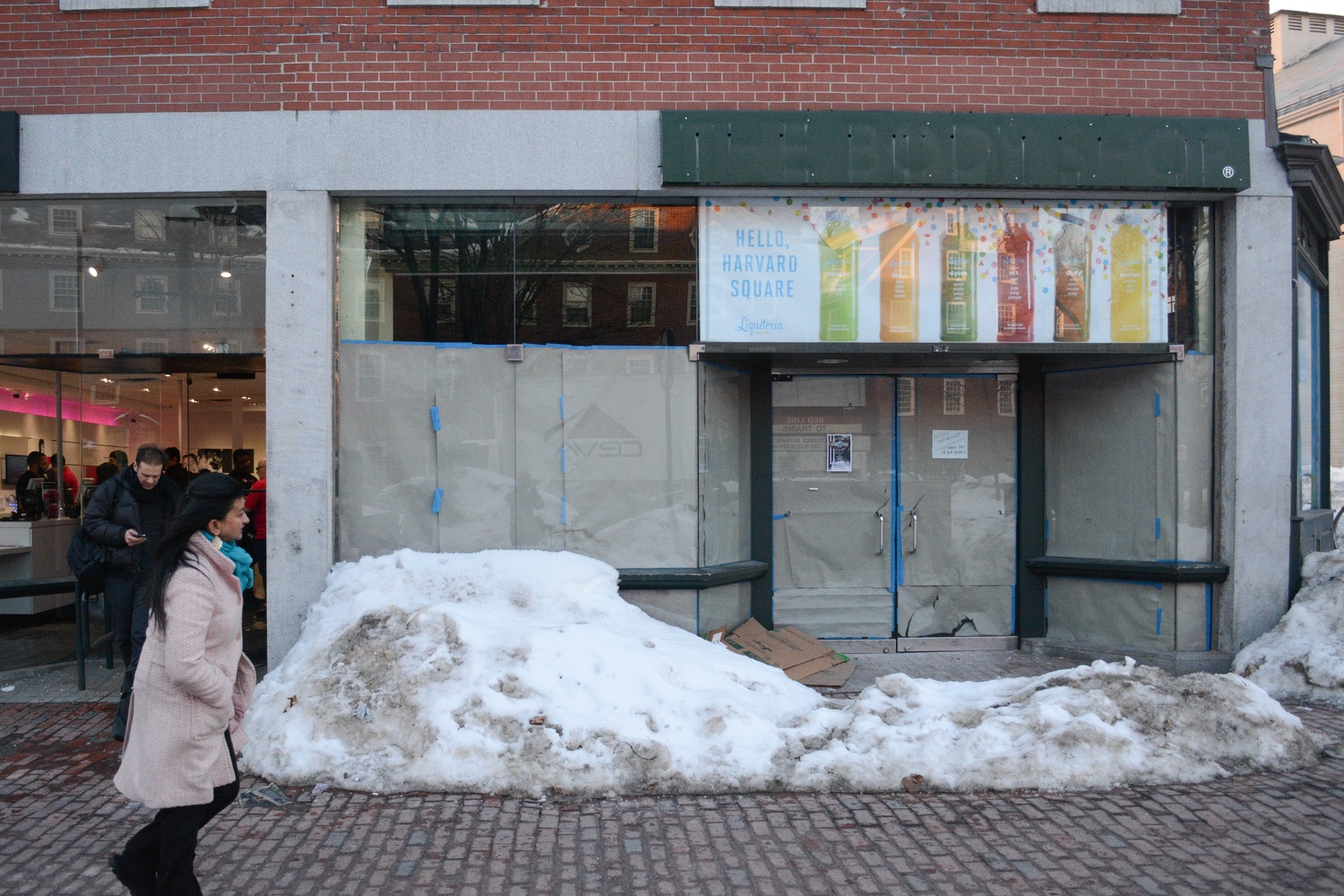 Formerly the site of The Body Shop, the area next to the T-Mobile store on Massachusetts Avenue lies vacant. Liquiteria, a juice shop, is set to fill the space this spring. The Harvard Square Liquiteria will be the chain's first location outside of New York. By Y. Kit Wu
By Raghu Dhara, Crimson Staff Writer

The New York City juice vendor Liquiteria will open in Harvard Square this spring at the former site of The Body Shop on Massachusetts Avenue.

In addition to its namesake selection of juices and smoothies, Liquiteria also sells salads, entrees, snacks and desserts. The chain caters to a health-conscious clientele, and, as stated on its website, has designed its menu “to ensure that you don’t just survive, you thrive.”

Founded in 1996, Liquiteria currently operates five stores in Manhattan. The Harvard Square location will be the company’s first store outside of New York.

“We decided that the Boston area would be the best place to expand, and when our team saw that there was a Harvard Square opening, it was the obvious choice," said Brett Williams, Liquiteria’s vice president of business development.

He said that Liquiteria was lucky to find a well-situated location in the Square just as it was looking to branch out.

Many students were not aware of Liquiteria’s arrival to the Square but expressed interest in the coming opening.

“I think a place like that will find a good home here, “ L. Hikari Sorensen ’18 said. Sorensen added that, in her view, Liquiteria was breaking into a relatively untapped market.

“Juice bars are popular among young people, and there’s not too many around here.”

Speaking of Liquiteria's long-term plans, Williams said that the performance of the Harvard Square location will determine whether the company expands in Boston.

Due to an editing error, an earlier version of this article misstated the gender of L. Hikari Sorensen ’18.