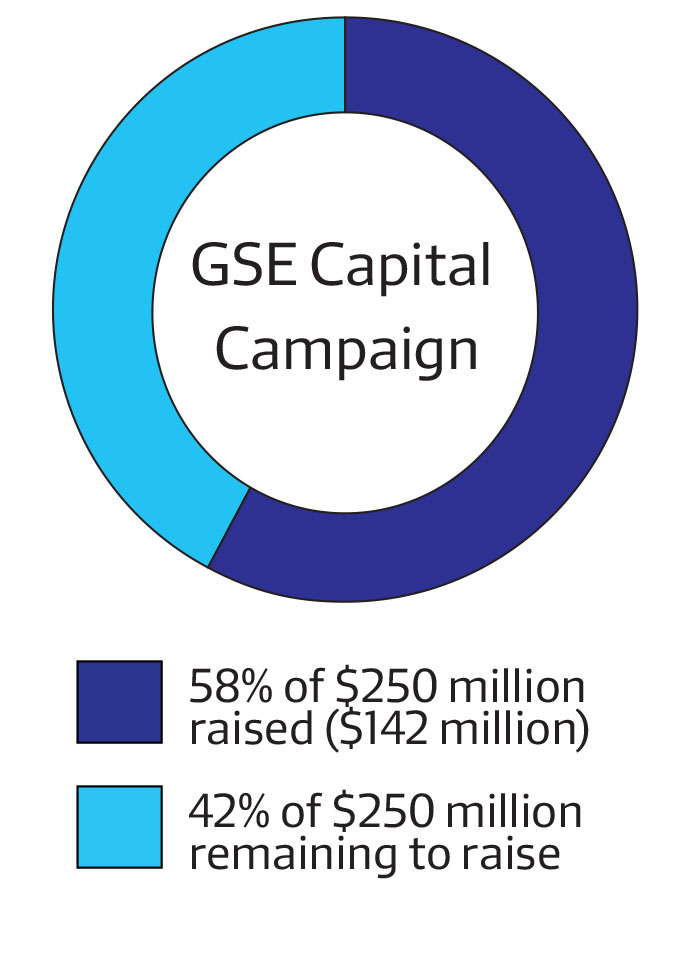 The Graduate School of Education has raised $145 million toward its $250 million capital campaign goal. It has raised about $34 million since its campaign's public launch in September 2014.
By Gabrielle M. Williams, Crimson Staff Writer

The Harvard Graduate School of Education has raised $145 million in its capital campaign, amounting to 58 percent of its goal of $250 million, according to Daphne Layton, the Ed School's senior associate dean for development and alumni relations.

This sum is comprised of more than 10,000 individual donor gifts and pledges, including a $5 million donation from the Walton Family Foundation in November 2014, Layton said. The Ed School has raised about $34 million since its campaign publicly launched in September last year.

The Graduate School of Education has raised $145 million toward its $250 million capital campaign goal. It has raised about $34 million since its campaign's public launch in September 2014. By Nadia X. Haile

In addition to financially supporting priorities like the Harvard Teacher Fellows program, which is designed to recruit Harvard undergraduates to teaching, and the Usable Knowledge project, which aims to make research more accessible, Layton said that a large portion of the money raised in the capital campaign will be distributed towards funding financial aid endowments, fellowships, and faculty chairs.

Over the past decade, Ed School alumni have contributed 80 to 90 percent of the total number of campaign donations, but their contributions have amounted to an average of 5 percent of the total funds raised, according to Layton. The reality that professionals in the education field have relatively modest salaries and donate within their means is an important consideration for campaign efforts, Layton said.

“It’s a very salient issue,” Layton said. “It’s a population that… on average, doesn’t have the same kind of profile in terms of wealth and assets as graduates from some of the other [Harvard] schools.”

However, alumni from other Harvard schools have made considerably large donations to the Ed School that have benefitted its campaign progress, and Layton said she attributed the notable contributions from Harvard non-GSE alumni to University President Drew G. Faust’s commonly-touted vision of “One Harvard.”

“‘Every tub on its own bottom’ is great in many ways,” said Layton, “but we could do more…to tip the balance a little bit back, to encourage donors from some of the wealthier schools to be thinking about other parts of Harvard.”

James wrote in an email that Business School alumni are compelled to donate to causes with strong leadership and clear purpose, and he called Ryan “an extraordinary leader.”

“I have seen it time and again in talking with HBS alumni—when they see an opportunity to make a difference, to do something that matters, they step up and do the best job they can,” James wrote. “HGSE is uniquely positioned to prepare the education innovators of the future and to deliver research that is relevant to practice so that all young people have access to education that works.”

However, the Ed School has faced some challenges in raising money for the campaign that are endemic to the field, Layton said. She pointed to current national tensions surrounding education reform, which have politicized views about teacher training at education schools and have resulted in a reluctance among potential donors.

“Many of the people who have a lot of money who care about education... have a worldview that ed schools by-and-large are not a part of the solution. They’re part of the problem,” Layton said. “We have to swim against that tide, and we have to kind of make the argument that we’re a different kind of school, we’re a very high-quality school, and also that we’re not affiliated with one ideology or another.”

The capital campaign has a University-wide public goal of raising $6.5 billion.