In a Harvard T-Shirt, Jessie J Takes the Yardfest Stage 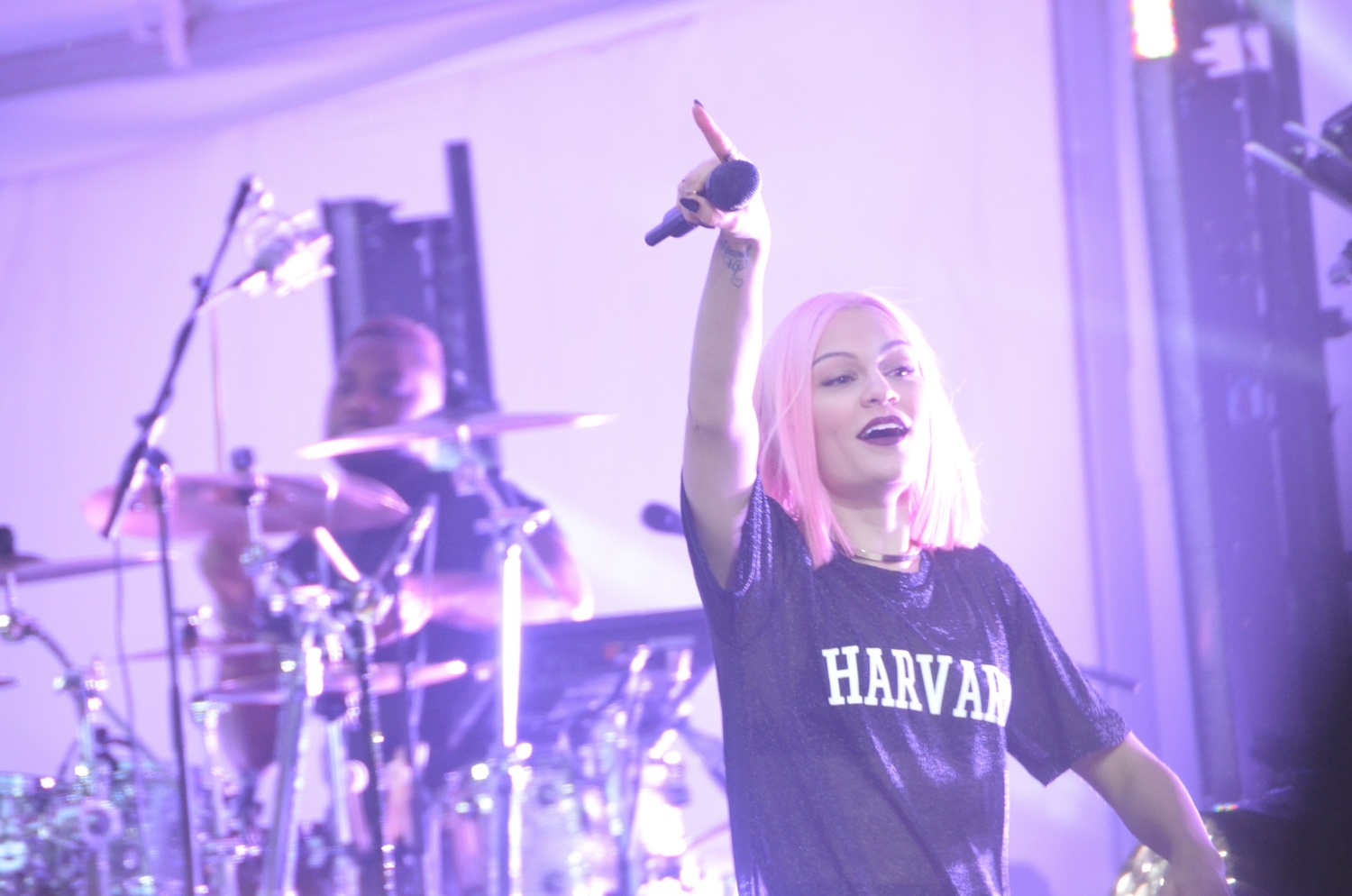 British pop artist Jessie J took the stage in pink hair and a Harvard T-shirt for the College’s annual Yardfest concert in Tercentenary Theater on Friday, although for some concertgoers, the student bands who opened the show were the highlight of the evening.

Jessie J paused after performing her hit single “Domino” to address the crowd on Friday.

“Congratulations to every single person out there for getting the dream, for going to Harvard,” she said. “I have so much respect for you and how hard you all work.”

The singer went on to perform her song “Nobody’s Perfect” and told students, “whatever you’re beating yourself up about, let it go.”

The 27-year-old pop artist topped charts in 2011 with “Price Tag,” and again last fall with her hit single “Bang Bang,” a collaboration with artists Ariana Grande and Nicki Minaj. Jessie J closed out the concert with the two hits in an encore.

Despite some concerns about the density of the crowd—which was packed at the front, to some students’ discomfort—College Events Board co-chair Dakota Santana-Grace ’16 said he felt the concert drew “one of the best crowds in the history of Yardfest.”

“I think it was probably the most successful and energetic Yardfest I’ve seen,” Santana-Grace said.

Some concertgoers said their lack of familiarity with Jessie J’s work detracted from the event, citing last year’s headliner, R&B singer-songwriter Janelle Monáe, as a more popular artist.  “I think Janelle worked with the audience a little better. A lot of people aren’t as interested as they were last year,” said Yardfest attendee Mounir M. Jamal ’17, who said  he was unfamiliar with Jessie J’s music.

Still, while Kevin Hong ’15 said he was “excited more about last year’s artist,” he noted that “Jessie J has a couple hit singles, so I’m not complaining.”

For many attendees, the bands student bands that opened for Jessie J—the Intrinsics and Black Tie Affair, who were chosen to perform following a March competition—highlighted the outdoor concert.

The Intrinsics, a soul band comprised of Harvard and Berklee College of Music students, debuted four original songs as a “trial run” during Yardfest.

“The crowd was super into it; it felt good,” said Vibav H. Mouli ’16, who sings for the self-described “middle school rock” band. Mouli said that for the band, who have only been performing together for about four months, playing at Yardfest was “very new for us, and it was great.”

Dean of the College Rakesh Khurana also attended this year’s concert. “I think it’s a great way our community comes together,” said Khurana, who added that the opening bands were “amazing.”