'My Struggle' Doesn't Struggle to Succeed

Reading Karl Ove Knausgaard's fourth addition to the autobiographical series “My Struggle” is an exercise in voyeurism, but a vividly engaging one at that. Set during the last few teenage years of the author’s life, “Book Four” is a revealing tale of family, sexuality, incompetence, and independence. Knausgaard peels backs the curtains on his early years and brings forth a brutally honest story that remains hard to tear away from despite being incredibly mundane. 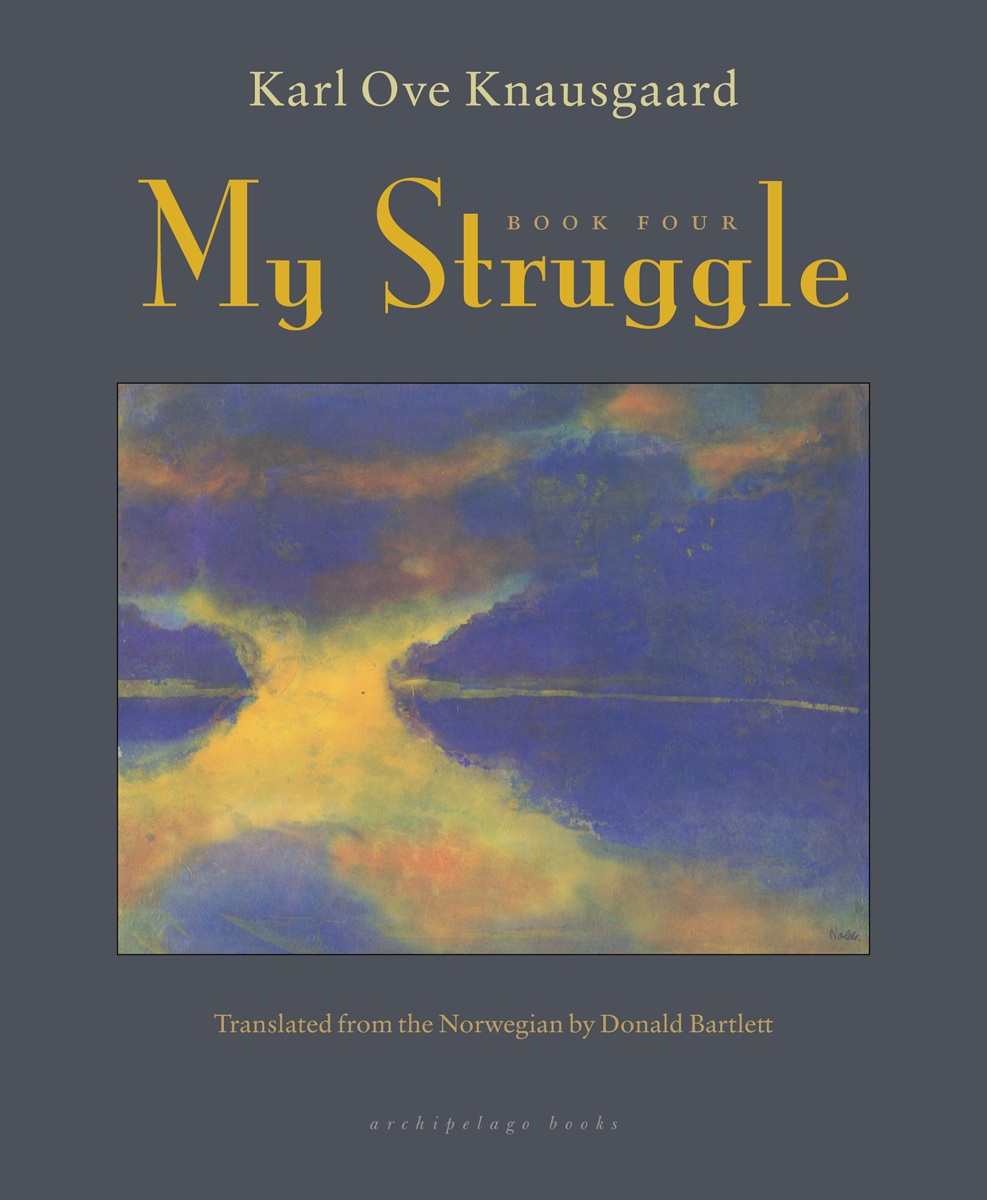 By Courtesy of Archipelago Books

The events and time frame of “Book Four” might appear disjointed, but Knausgaard’s touch for transition makes the chapterless book move seamlessly. The story opens with 18-year-old Karl Ove leaving home to teach in a small Northern Norwegian village for a year while focusing on his dream of becoming a great writer. For a hundred-odd pages, Karl Ove moves into his new flat, starts up as a teacher, and ingratiates himself with the locals, of which there are few, as the fishing village of Hafjord is essentially one looped street by the sea. Knausgaard’s writing flows smoothly from memory to memory as he shifts backwards in time and tells the story of his last year of school and his graduation. As he attempts to fit in at a new school, begins to write record reviews for a local newspaper, and strives as hard as he can to have sex for the first time, Knausgaard makes these everyday difficulties fascinating through the fine lens with which he examines his own life.

In many ways, Knausgaard frames “Book Four” as a long battle against his own shame towards the goal of getting laid, a device that ties the sometimes disparate threads of the book, and of his life, into a unified, provocative, goal. “I wanted to sleep with a girl. That was the only thing I wanted.” Despite the unchaste nature of this quest, it’s easy to find oneself quite invested in this mission, lending the book a surprising page-turning quality. Although Karl Ove is portrayed as anything but suave, he seems to be handsome and have a certain magnetism with the girls, as he is never left wanting for long for romantic partners. No, his issue is that he suffers from premature ejaculation, an affliction that causes him no end of self-torment and drives him to shatter romantic entanglements before they can get too serious. While Karl Ove is often shown as an arrogant braggart, this almost comical weakness and Knausgaard's complete openness with discussing the low points of his youth make him into a rather sympathetic character.

The examples of love in Karl Ove's life are shaky at best, a theme that Knausgaard compellingly, if depressingly at times, uses to display the fickleness of attraction. While his parents may have started out well enough, his father becomes abusive as Karl Ove ages, and the elder Knausgaard splits from Karl Ove’s mother when he is sixteen. Moving in with a new girlfriend, Unni, his father desperately tries to reconnect with Karl Ove and his brother, apologizing for the mistakes of his past, but his burgeoning alcoholism and abrasive personality don’t allow for that. Despite his repeated allegations that he and Unni are happy, his other side continues to bubble up and shows that even relationships full of smiles can have their shadowy corners. Knausgaard's honesty when discussing his family's difficulties is at times painfully engaging, and watching the classic exploration of the difficult relationship between father, mother, and son is as compelling as always.

As the book continues, some of the most self-referential and interesting moments emerge, considering where Knausgaard has ended up in life. He cleverly shows the start of his own journey from small-time journalist to the author that he is today. In the midst of this, as the dark Norwegian winter descends upon Hafjord, Karl Ove takes shelter in his writing. Having hauled a typewriter up with him from the south, he sets about crafting short stories with a sense of extreme self-importance. These early works are not autobiographical, but they carry similar themes to those found in Knausgaard's life and those within the pages of “Book Four.” The moments of development are not strongly highlighted but offer a rare and fascinating insight into the process of becoming an, arguably, great writer.

“Book Four” is surprisingly plot-driven for a true story, and this is a testament to Knausgaard's ability to tie life’s messy events together seamlessly into an overarching tale. And it is truly a book about Karl Ove and no one else. Hundreds of pages pass concerning his family members, yet they remain fairly flat and lifeless. By description these are engaging characters: the father, a depressed alcoholic trying to hold onto his family, or the mother, trying to make up for the mistakes of her past while not letting her son run too wild. However, because the book lives entirely within the head of Karl Ove, these collected traits never develop into fully-fledged people that one can feel or understand. In the same way, all of Karl Ove's friends, love interests, fellow teachers, and students blend together indistinguishably. This, however, is less a glaring flaw and more a passing realization one may upon nearing the end of the book. The events Knausgaard relates gain a raw intensity from the fact that the tale is told solely from the perspective of Karl Ove, and this, combined with Knausgaard's flair for storytelling, makes “Book Four” into the excellent composition that it is.